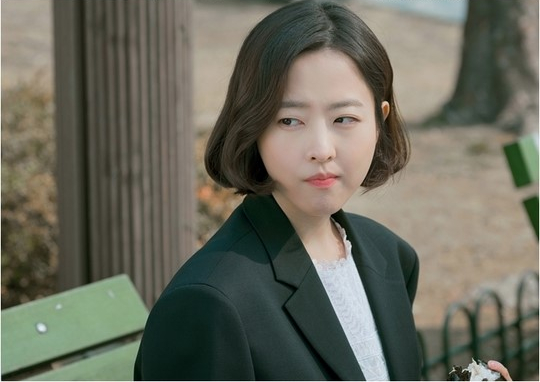 In dramaland, two years can either feel like just yesterday or a lifetime ago, and in her case, it definitely feels like the latter. I’ve been eagerly waiting on news about Park Bo-young’s (Strong Woman Do Bong-soon) upcoming fantasy drama Abyss, and though all we’ve got so far are some stills of her in character, it’s enough to get me counting down the days until its premiere.

Abyss follows two people who die untimely deaths and are given an opportunity to return to the land of the living in order to find out who killed them. It’s not entirely clear how and why they’re selected for resurrection, but the process involves magical “abyss” beads, though what that means exactly is anyone’s guess. And of course, these second-chance-at-life stories always come with a catch, and in this drama, Park Bo-young and Ahn Hyo-seop (Thirty But Seventeen) return with physical appearances and circumstances that are 180 degrees different from their original lives.

What this means is that Park Bo-young’s character – once a top female prosecutor with a prickly personality and chic looks to match her badass legal skills – returns as, well, Park Bo-young. I actually gave a massive snort when I read reports on Abyss, because they all call Park Bo-young’s version of the character as the “totally average-looking” half. I mean, life is difficult enough without beauty standards that somehow call Park Bo-young average. But, this is dramaland and we’re rolling with it.

Another reason why I’m really excited about Abyss is that the project is a reunion between Park Bo-young and PD Yoo Je-won, who collaborated on 2015’s fantasy rom-com Oh My Ghostess. If this show is anything like their last work together, I’ll be a happy, happy camper.

Abyss will premiere on tvN’s Monday-Tuesday slot in May. 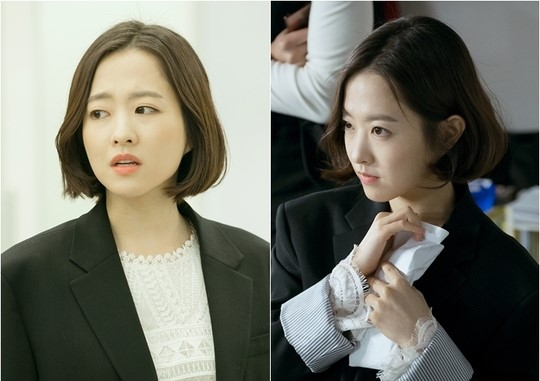 Ehm...average looking. Ok, maybe if we see her previous self it would help to see a difference. For now her reincarnation is adorable. ahahaha

Well they ended up doing what I expected: "Average" means "ultra cute" and "beautiful" means "glamorous AND tall" since Kim Sa Rang was cast as Park Bo Young former self.

Hope this is not a sample of the amount of suspension of disbelief required to watch this show!

Yeah ... She's petite instead of tall that's about her only slight "flaw" you could describe. And what about Ahn Hyo-seop? Who's his past life *stops and looks it up* oh it's An Se-Ha that dude with glasses and large nostrils and flyaway hair who's in like EVERY OFFICE DRAMA ever. (#itsthatguy). Well he's clearly getting an upgrade.

2 bebeswtz❣️Xiao Zhan is my joy 🥰

This sounds fun! I love Park Bo-young (despite her last drama being terrible), and even though I've only seen Ahn Hyo-seop in 30 but 17 he was super adorable in that. And the plot sounds fun. Looking forward to this 😍

SWDBS was so bad. It even made me dislike Ji Soo a little. :(

the show is the definition of "gowns"

Strong Woman Do Bong Soon was the worst! Thinking about it just make me cringe even more. I can't believe I was so taken in by the visuals of the leads to completely ignore the blatant then. It even brought in high ratings for JTBC during it's run. If it was to air now, it would be a total flop.

Wait so... Park Bo-young is the average half and Ahn Hyo-seop is the better half? The premise of this drama was problematic from the start... But I trust Oh My Ghostess duo can redeem it!

Not exactly -- they both return as completely different people in their new lives. Park Bo-young is just supposed to look "average" compared to her former self. No word on Ahn Hyo-seop yet.

Ahn Hyo-Seop is reincarnated as a good-looking guy. His "before persona" is played by Ahn Se-ha (https://wiki.d-addicts.com/Ahn_Se_Ha) who I've seen cast as the "ugly guy" in 20th Century Boy And Girl.

Woah, thanks for the heads up!

Ohhhh okay I was confused about the plot 😂 Thanks!

I'm going to defend 'average' here. I live in a big city college town. The 'average' pedestrian I pass on the street can be quite attractive. Remember, 'average' is being judged against 'great beauties' who are practically creatures from another planet in comparison to the rest of us.

first of all lmao (that description annoyed me) but she is average i guess in the sense she's tiny and bla bla whatever but physical superiority with men in dramas......pls for the love of god.

i do not think ahn hyo seop is a good actor (surprise! he was a model) but i do think he's fun enough. i dont love oh my ghostess but i do really enjoy the duo....who knows. has to be better than SWDBS,,,i think

I see Park Bo-young, I watch!

I'm looking forward to seeing how the story unfolds

I assume her former self commanded attention when entering a room etc. While her new self does not. Being tiny etc will show her a different aspect of life.
Any news on what will be the reward if they catch the killer?

If 'Oh My Ghost' and is any indication, catching the killer might mean they're no longer chained to the earth as ghosts and can go off to heaven/reincarnation (depending on the writer's belief system). In 'Arang and the Magistrate' Shin Min-ah got reincarnated along with her boyfriend.

From what I read the mystery Abyss revive dead person, but they gain different appearance witch depends on how good their spirit was. Kim sa rang (My love eun-dong) is gonna play Park bo young character before death.

I still cant digest the plot tho,,, but this is the reunion of PBY and OMG's director, so I have to watch!

Aw, getting even more excited with this updates! I will wait patiently for now with Psycometric Guy °♡°