A sophisticated curator is actually a devoted fangirl when she's off the clock. When a new boss takes over the museum, sparks fly, but things soon get complicated as she attempts to hide her fangirling under his nose — even when she must work with her idol.

A sophisticated curator is actually a devoted fangirl when she's off the clock. When a new boss takes over the museum, sparks fly, but things soon get complicated as she attempts to hide her fangirling under his nose — even when she must work with her idol. 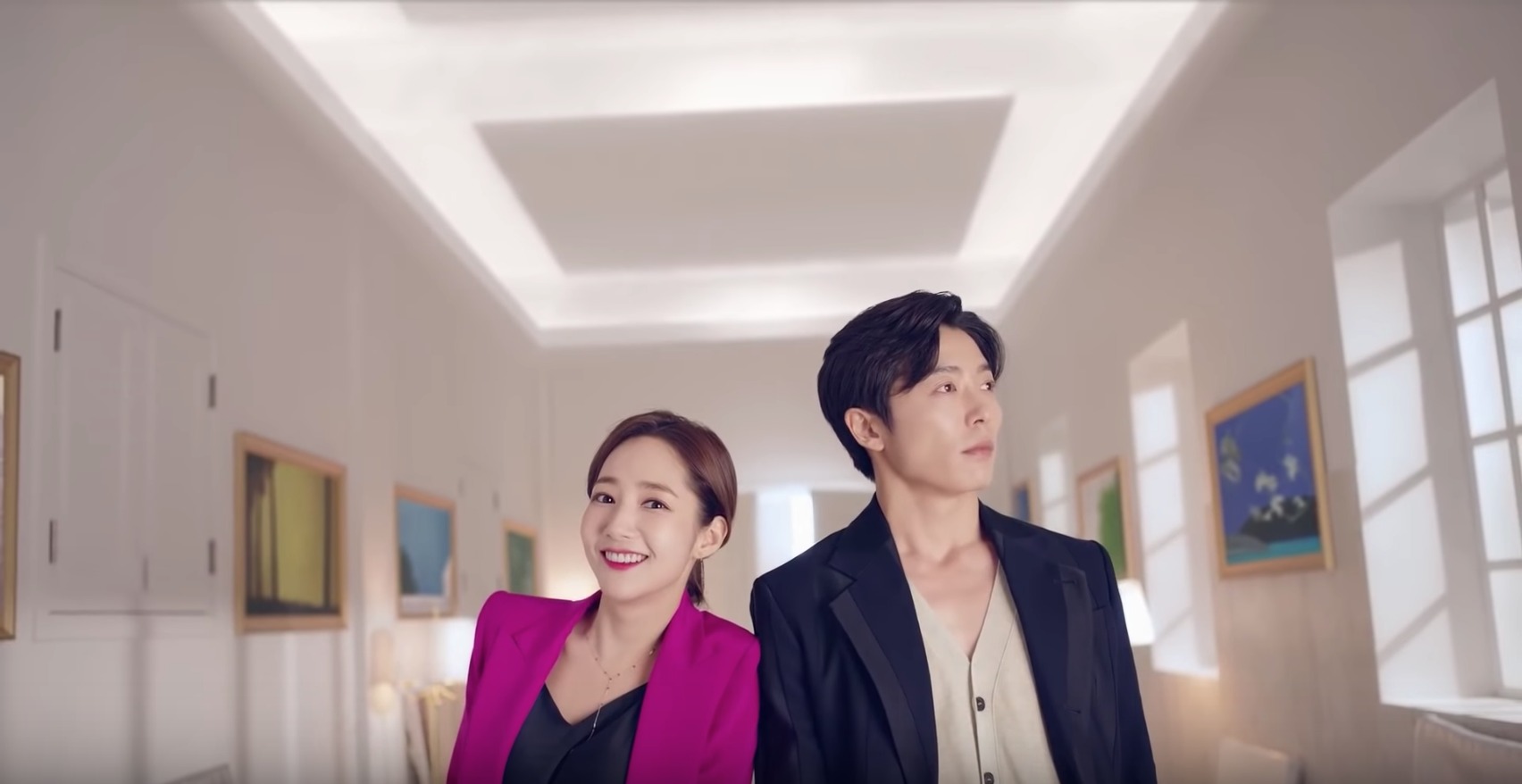 New character teasers have been released for tvN’s Her Private Life featuring the two leads, played by Kim Jae-wook (The Guest) and Park Min-young (What’s Wrong With Secretary Kim).

The rom-com is about an art curator, Sung Deok-mi (Park Min-young) and the director of an art gallery, Ryan Gold (Kim Jae-wook). Both are well-esteemed and highly capable in their positions. However, in contrast to their more polished work selves, the two also share a common interest in their private life. Sung is a seasoned and full-time fangirl for her idol crush. And Ryan, as it turns out, is a fledgling fanboy who is just starting to learn what it means to be a part of a fandom.

The first teaser focuses on Park Min-young’s character, Sung Deok-mi. It starts with Park sharply dressed in a bright business suit as she introduces herself, “Me? I’m a successful art curator and a pro fangirl.” The camera then swirls away to Park dressed down in sweats as she continues. She holds a pillow printed with her idol’s photo and she winks as the scene spins away. Park Min-young is then seen sitting on her bed, amidst all her fan paraphernalia and with all her cameras displayed in front of her. She then says, “May fans make the world wonderful!” As the scene spins away again we return to Park in work mode as she ends her statement. It then cuts to Park Min-young taking photos along with a crowd of other fans. The teaser closes with Park Min-young standing with Kim Jae-wook as we hear her narrate in voice-over, “Her Private Life”.

The second teaser is Kim Jae-wook’s version which starts with Kim introducing himself as he says, “I am the famous Ryan Gold.” The camera spins as it transitions from scene to scene in this teaser as well, highlighting the 180 degree change from the different aspects of the characters’ personas. We first cut to Kim Jae-wook leaning on a desk as he continues his introduction, “I’m a writer and an accomplished director.” He’s wearing a snazzy grey suite and he smiles as we transition to another setup and Kim further explains, “And the director of the Mono art gallery.” The scene then changes to Kim Jae-wook standing behind a crowd of fans. He holds a camera tightly in his arms and he asks with an uncertain voice, “By the way, about fanboying, how exactly do you go about doing that?” The teaser again ends with Park Min-young standing with Kim Jae-wook. Park tries to hear what Kim is saying as he covers his mouth with his hand and whispers to the audience, “Her Private Life.”

All the spinning made me a little dizzy, but I’m still super excited for this drama! Just a few more weeks to go! tvN’s upcoming rom-com Her Private Life will premiere on Wednesday, April 10. 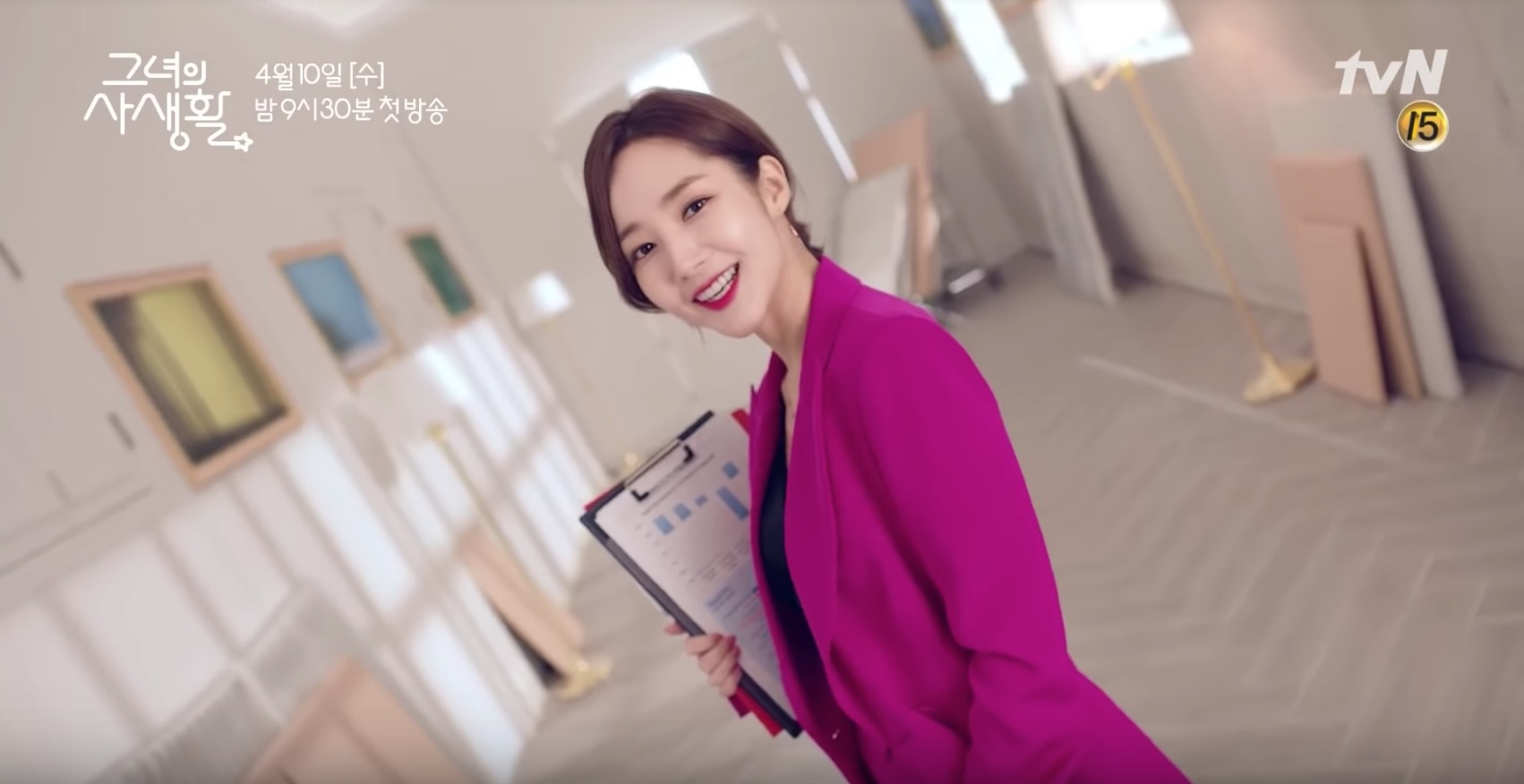 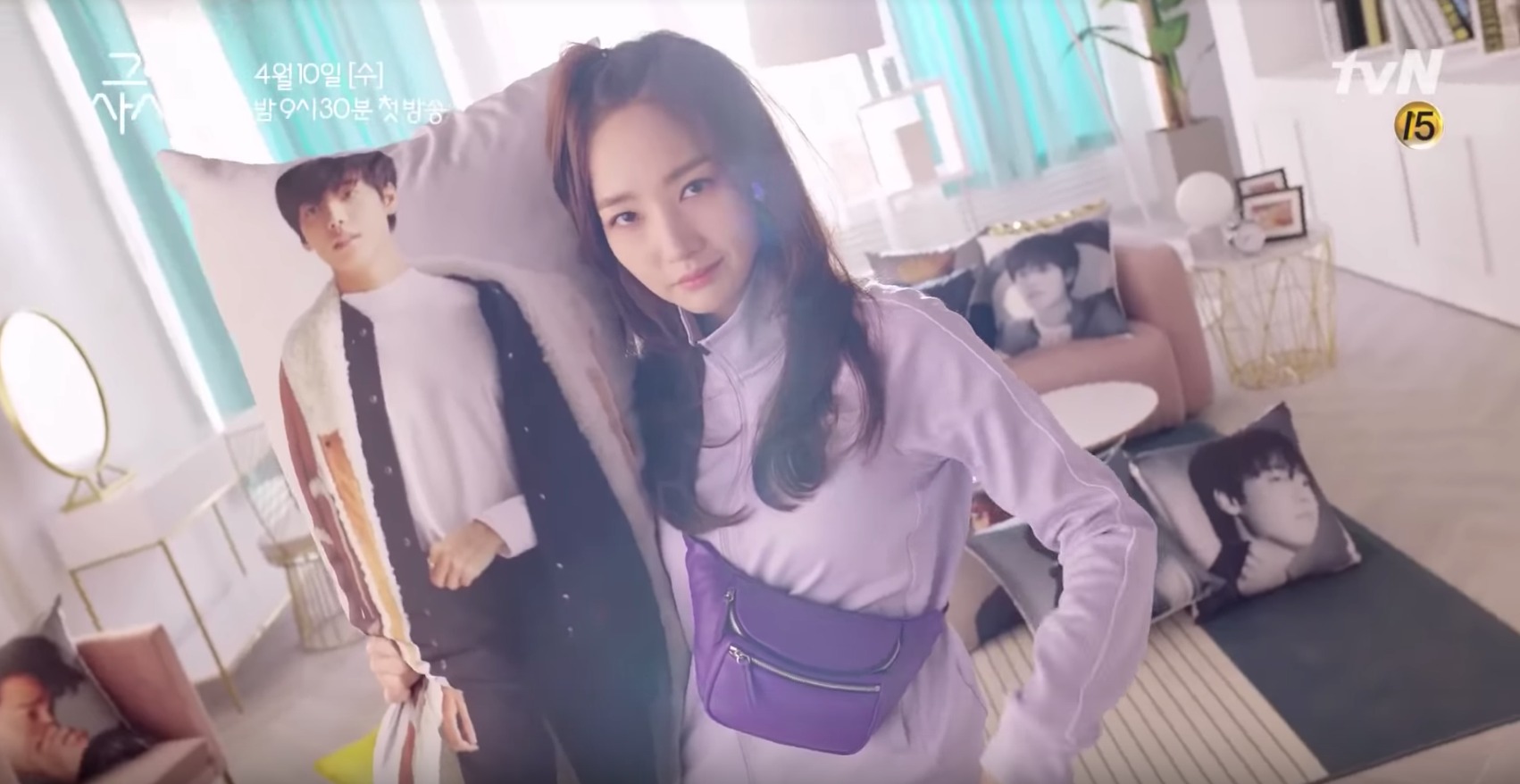 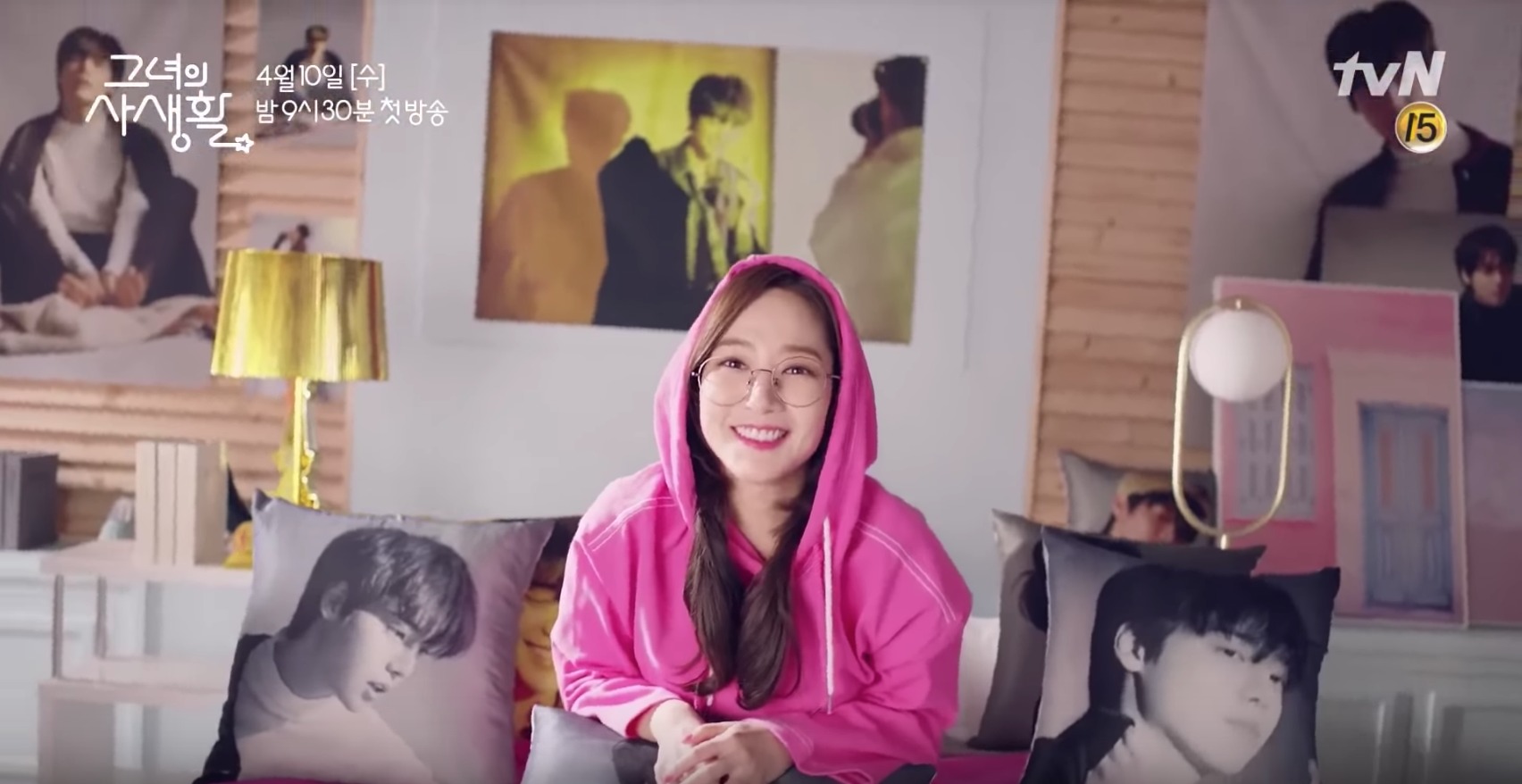 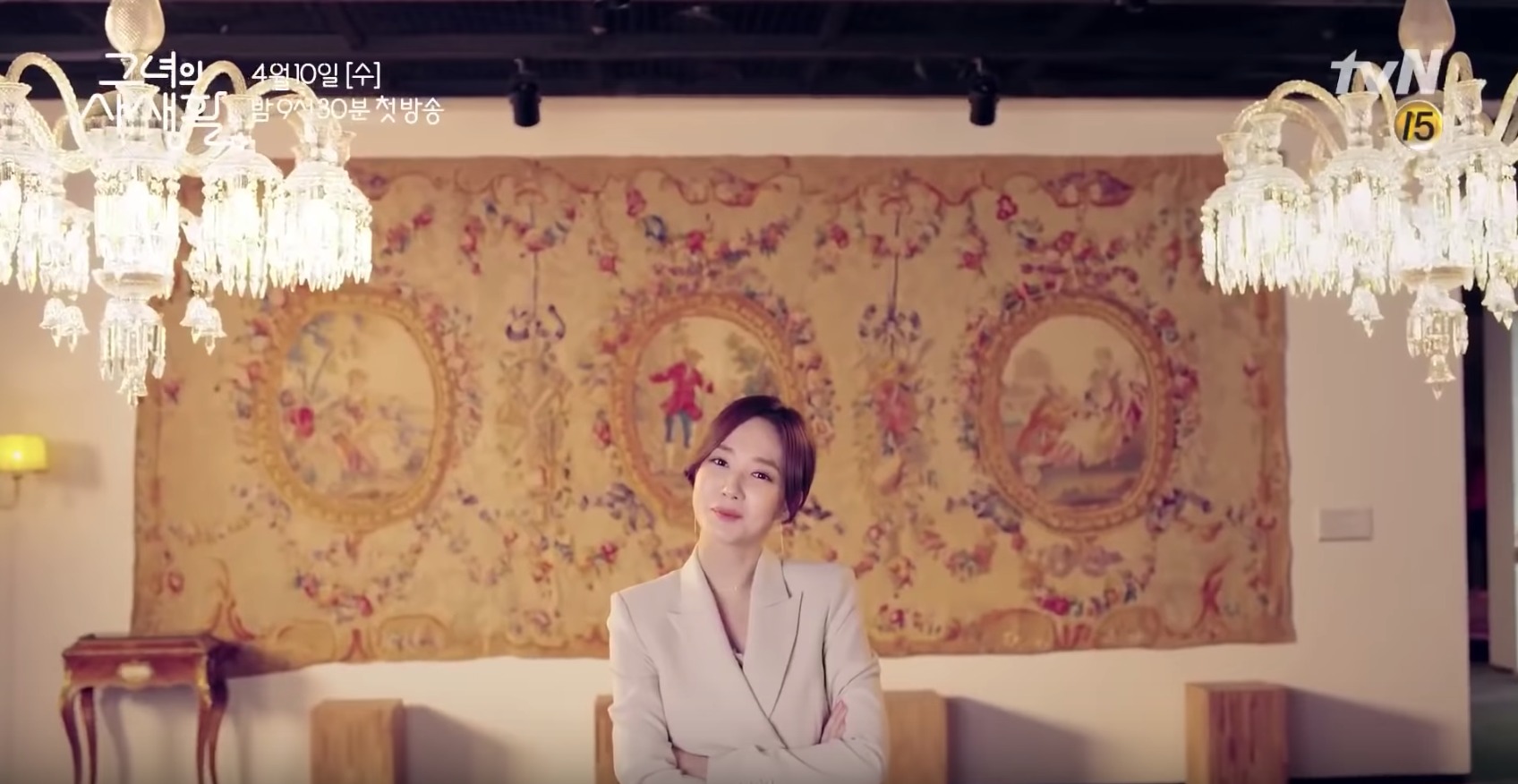 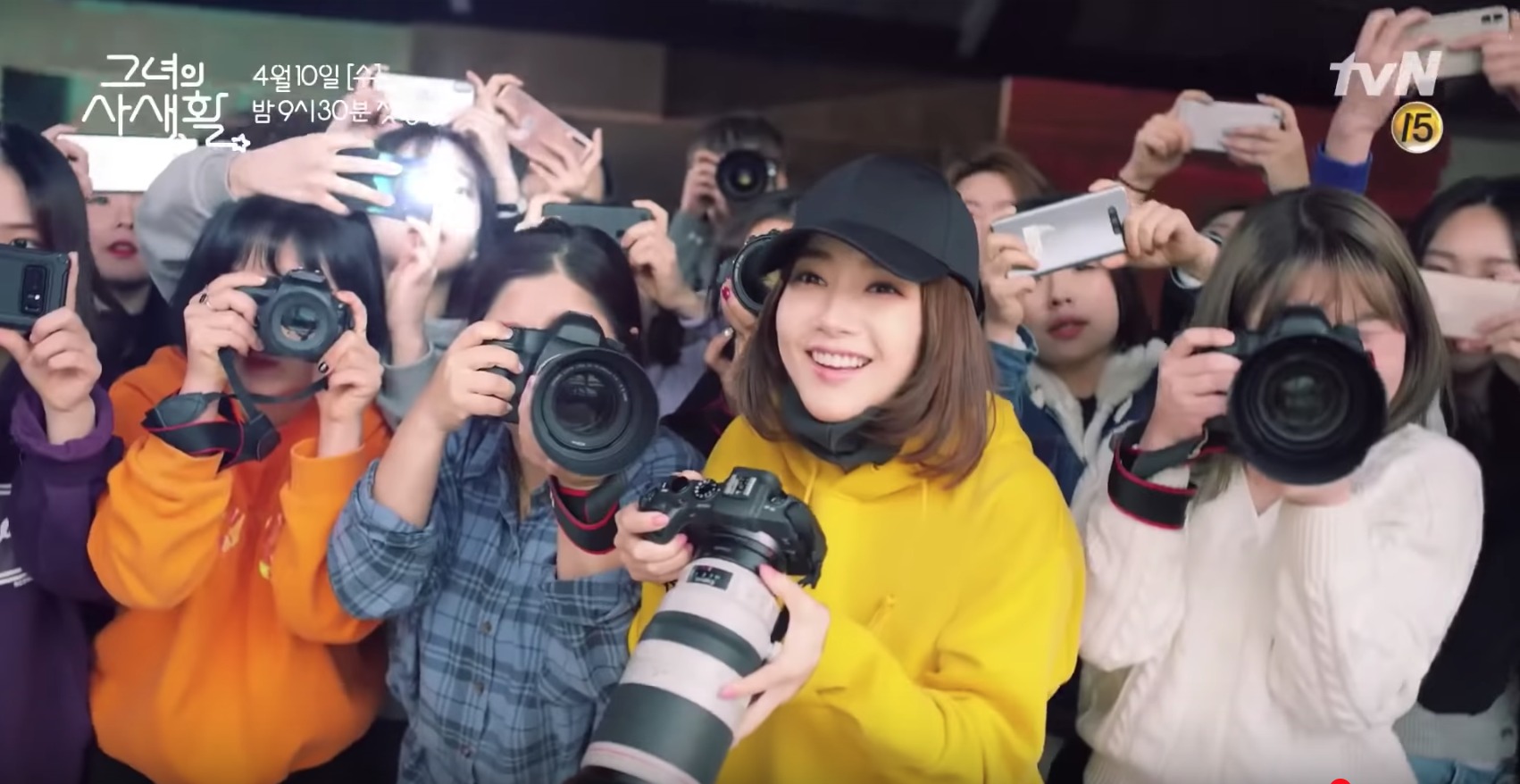 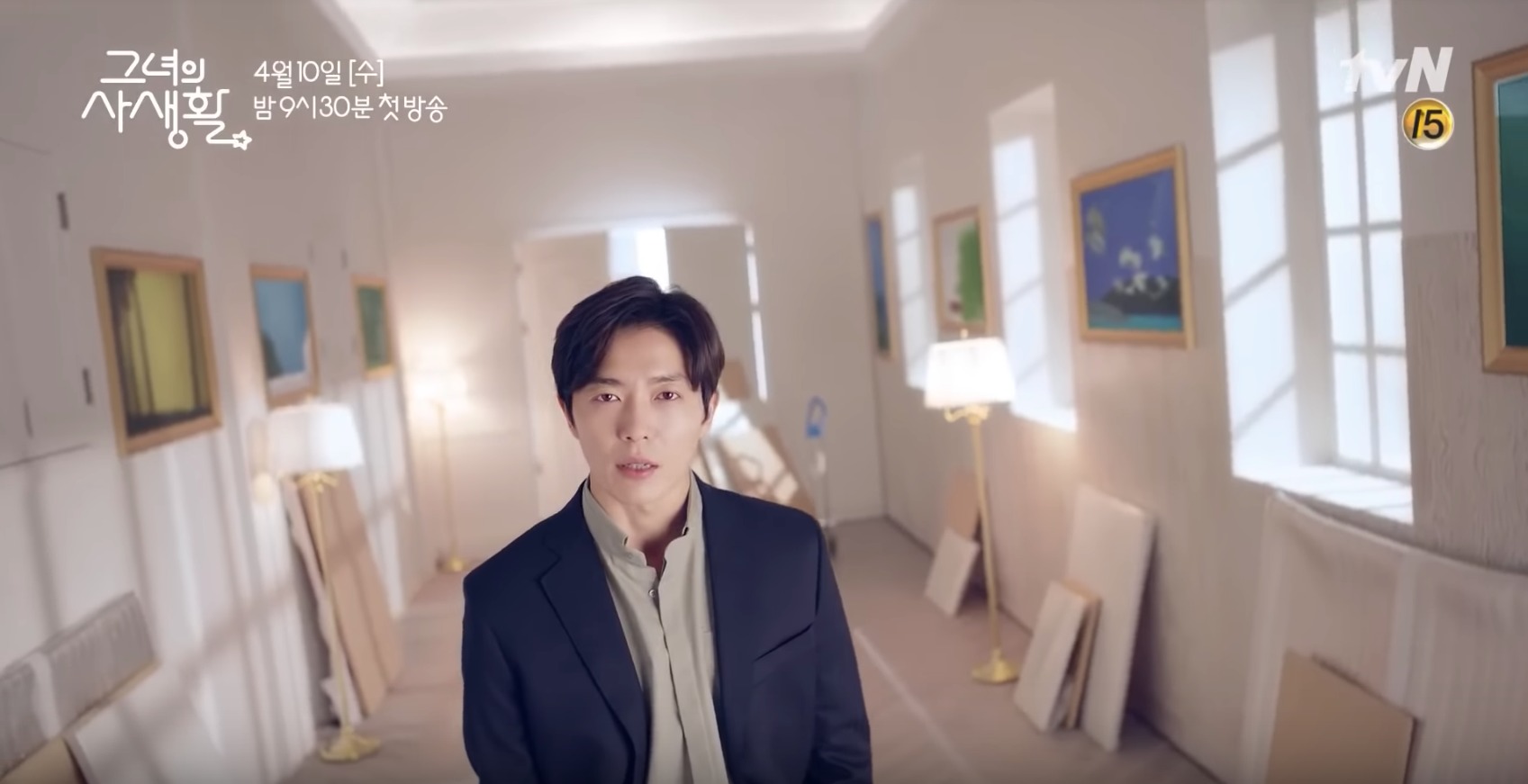 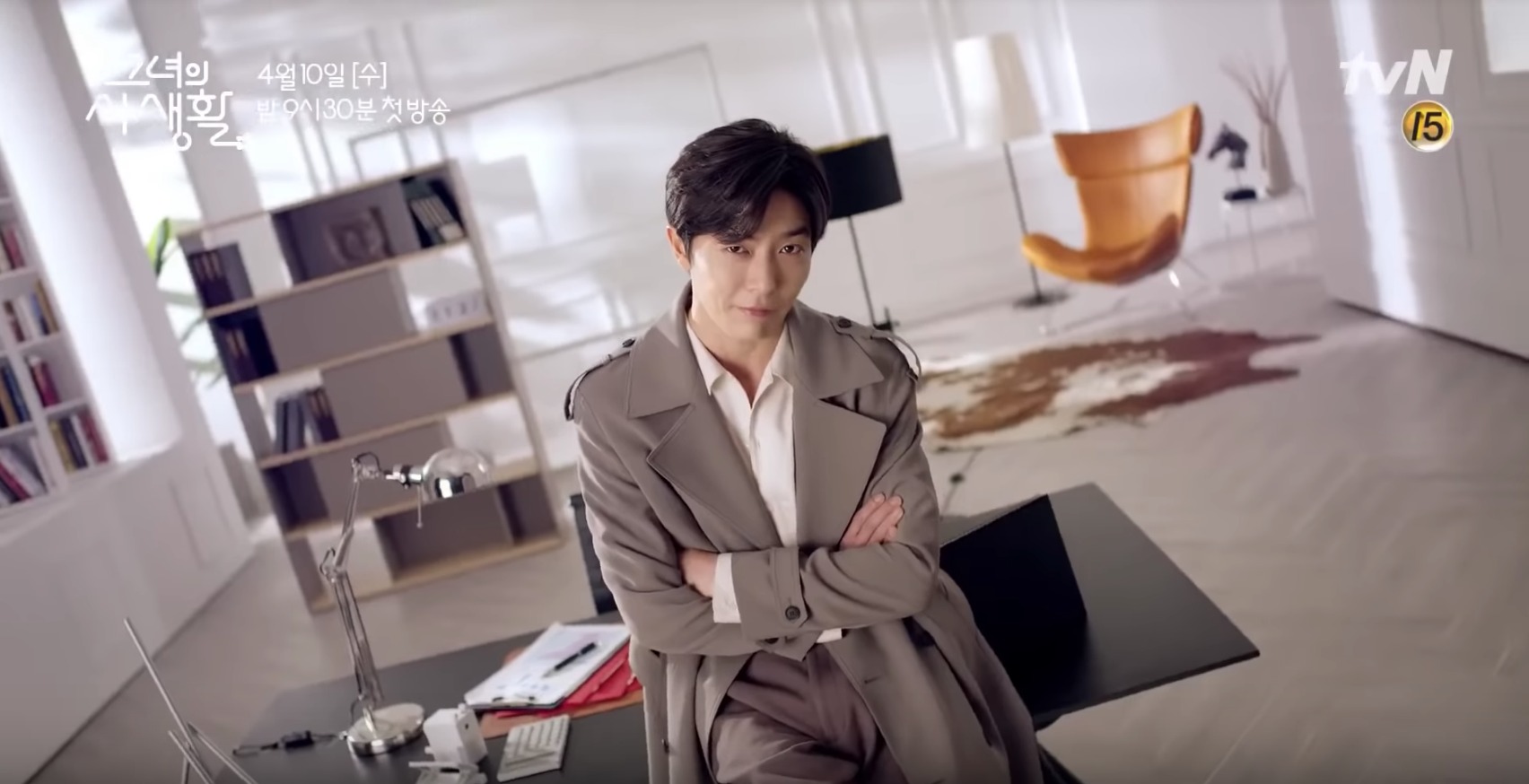 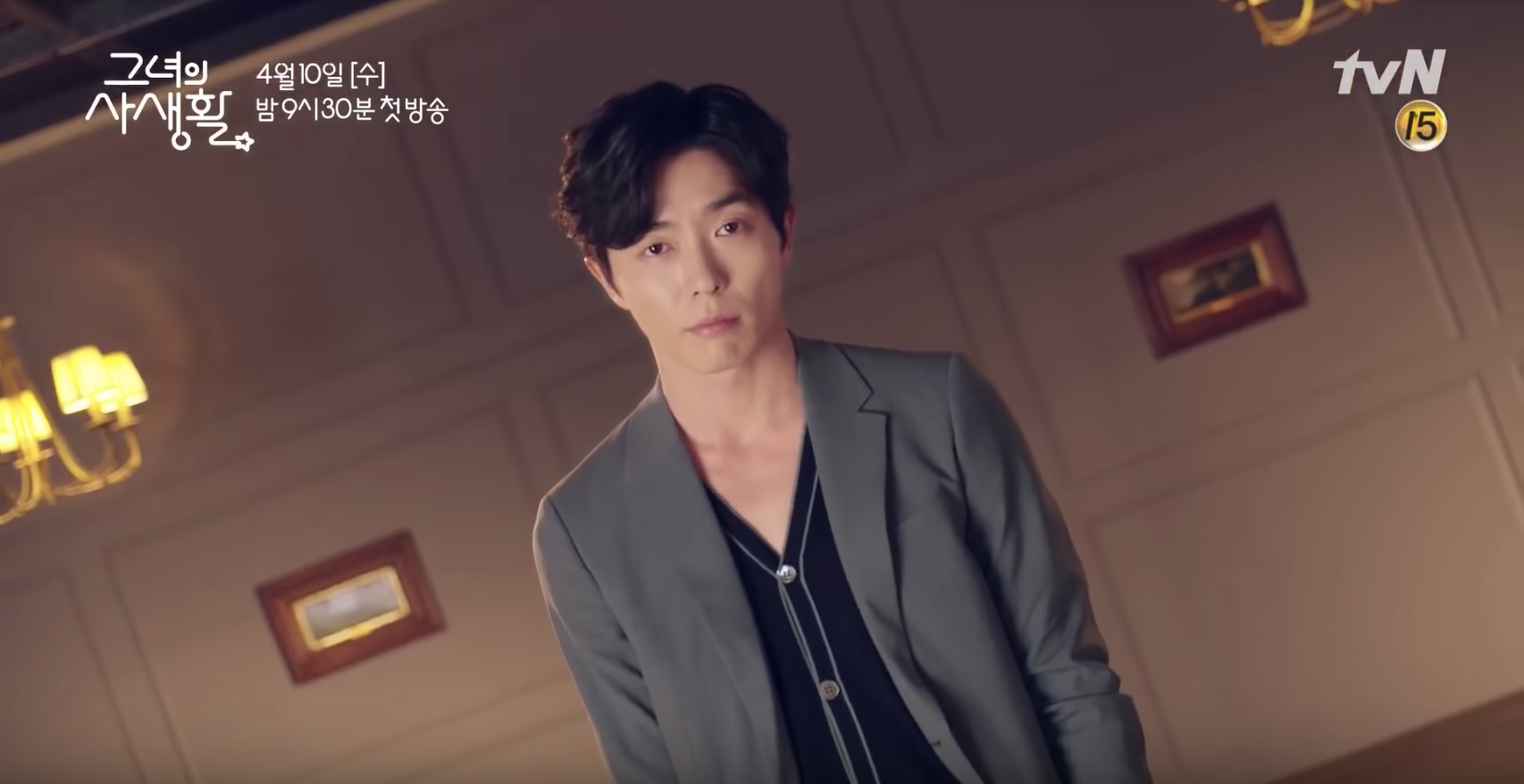 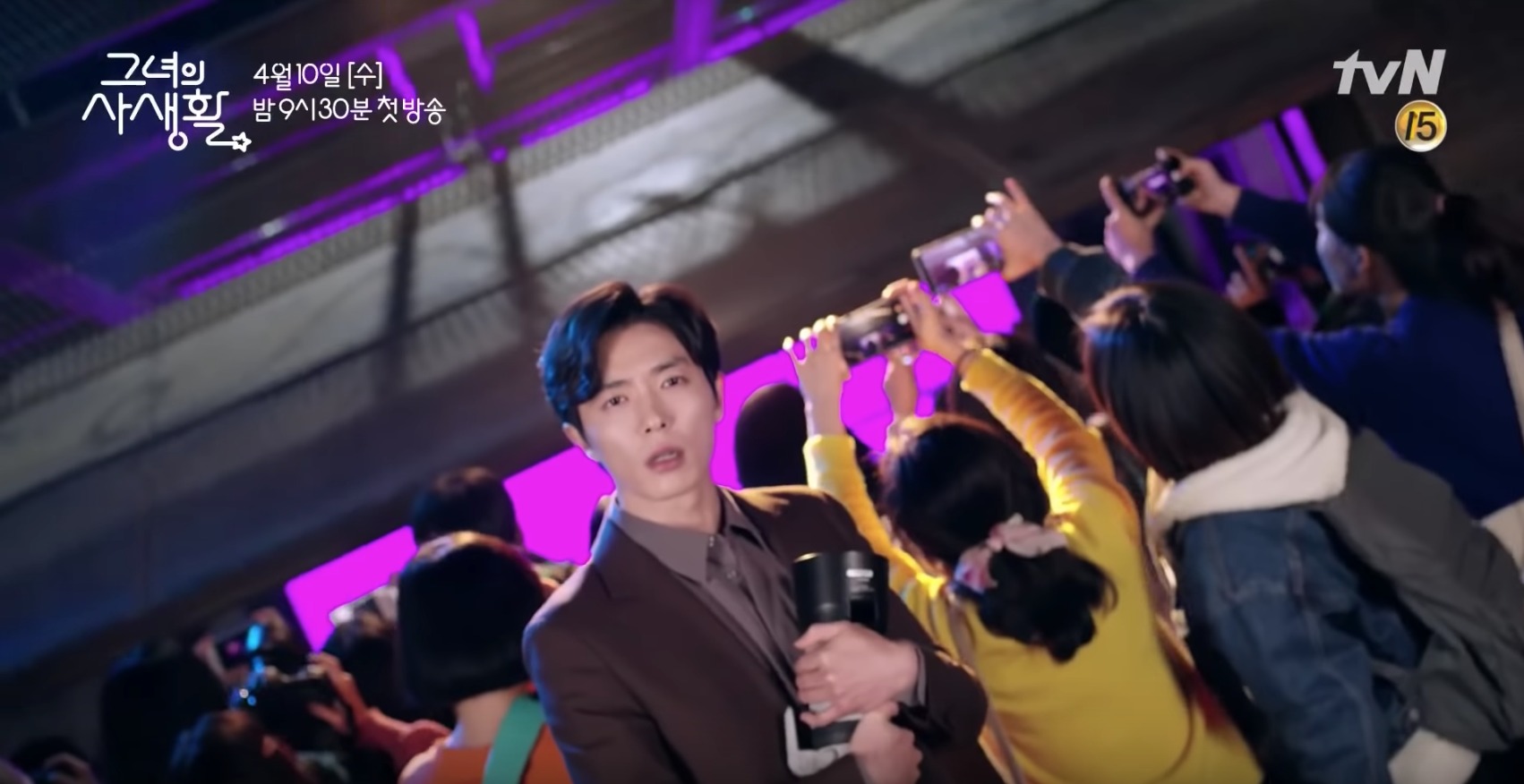 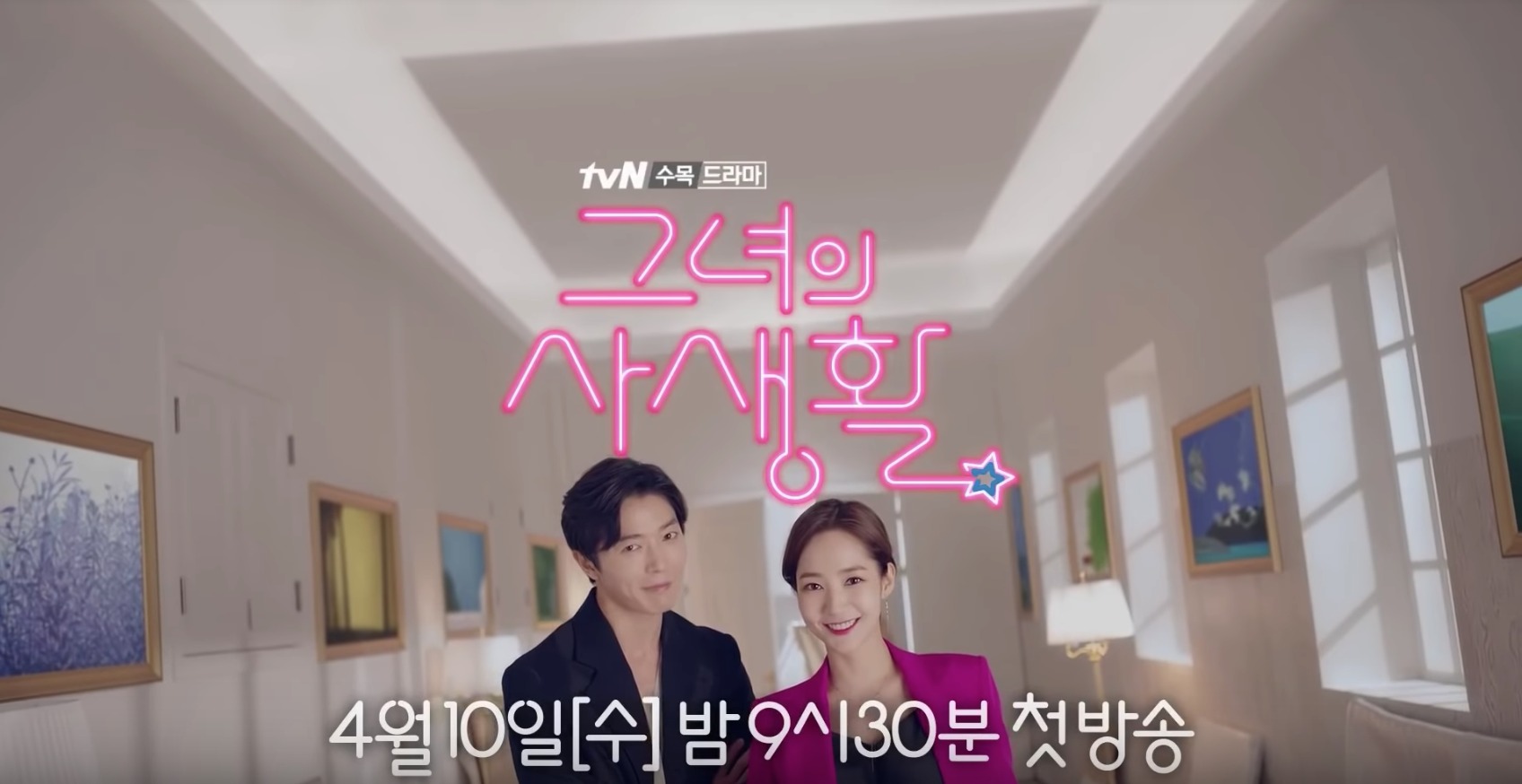 Oh, I am *so* looking forward to this one! I loved PMY's quirkiness in Healer and this sort of reminds me of that in a way. Also, I love things about fans lol.<3

Yesss it's sort of a Young-shin comeback!

Those two are so stunning it hurts.

Kim Jae-wook's weak fanboy game is making me LOL. The seasoned fans are going to eat him alive. XD

The teasers made my week. So bright in a bleak world. And I already love their names, Ryan has got much to learn from Deok-mi! I'm already on fangirl mode🤓💓

Bless this show, KJW is FINALLY the main ROMANTIC lead <3

Kind of related to this: is there any news about So I Married an Anti-fan?

its seems its airing on SBS around august/september :)

Thanks for the update!

I'm so looking forward to this. It has the potential to be so fun .

i wanna watch it with Mary!

i think i have exclaimed this as much as i could but: I NEED THIS NOW I AM SO EXCITED. PLEASE GOD.

i thought it had already started. oioisahofpajfpiuoijp that's how excited ia m soooo excited lmao even through all this shit news

k omg the teasers look GREAT. she's obviously funny and fun but i like his wry humor too and he's a definitely versatile actor.

April? I'm ready! Give it all you've got! This is gonna be goodddd

That made me dizzy! And Oppa finally in a romcom!

“By the way, about fanboying, how exactly do you go about doing that?”

You mean that question? Hmmm...I can, but seeing that I'm more into male groups, I don't think all the advice might be beneficial to him. BUT, I might be able give him advice based on my experience with a generally female fandom. That might be helpful to him.

This looks like tons of fun! I still have a high off of Park Min-young performance in WWWSK. I recently rewatched Coffee Prince, well, after the breakup. So I have that nice character of Kim Jae-wook's to go off of and not one of his jackrabbit characters.

So he follows her and that is how he learns what fandom really is?
I wonder if it will just be funny and harmless or if they will takle stalker fans and how the poor idol feels to be hunted like a rabbit.

Kim Jae Wook FINALLY a romcom lead? May the drama gods be praised!

am not even going to pretend a watching this good bad or ugly ... I AM WATCHING THIS ...

He is FINALLY am not missing this for nobody ... and park ming young always picks dramas that will be hits ...

This looks so adorable and even though I watched them before I just noticed all the pillows and posters with One on them lmao. I wonder what his character will be like, since isn't he supposed to be Ryan Gold's brother?

Anyway, definitely looking forward to this one. Can't wait to see Kim Jae Wook in a leading role!!

Ooh, I hope this turns out good! Premise looks promising. AND KJW in a romantic drama but LEAD this time! Yay!

Oooo can't wait for this one!