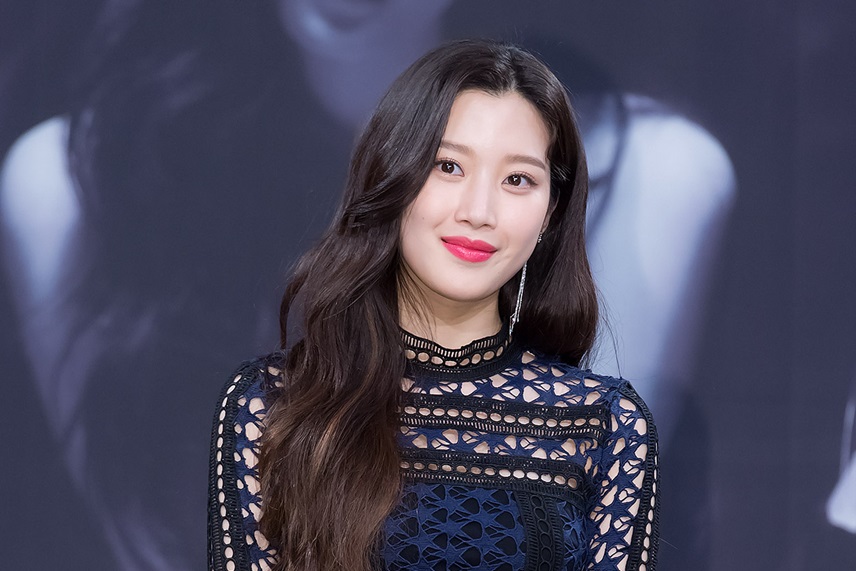 It’s time to welcome Moon Ga-young to the spotlight. Currently starring in JTBC’s Woohoo Waikiki 2, Moon Ga-young is not as well-known as she deserves, but is definitely no stranger to the world of acting.

Born in Germany in 1996, Moon Ga-young moved with her family back to South Korea at the age of ten — around the same time she debuted as a child actress. Moon Ga-young had a rather successful career as a child actress, and slowly began to transition to adult roles. In 2014, she played opposite Changmin of TVXQ in the short MNET drama Mimi. The web drama EXO Next Door followed, and after that, Moon Ga-young was well on her way to primetime dramas.

Moon Ga-young seems an incredibly versatile actress. Based on her roles thus far, she’s had a wide range of characters, from the innocent and rather bumbling girl next door, to the femme fatale role in The Great Seducer that won her a KBS Top Excellence Award in 2018.

Here are some dramaland moments from Moon Ga-young, followed by her full filmography. 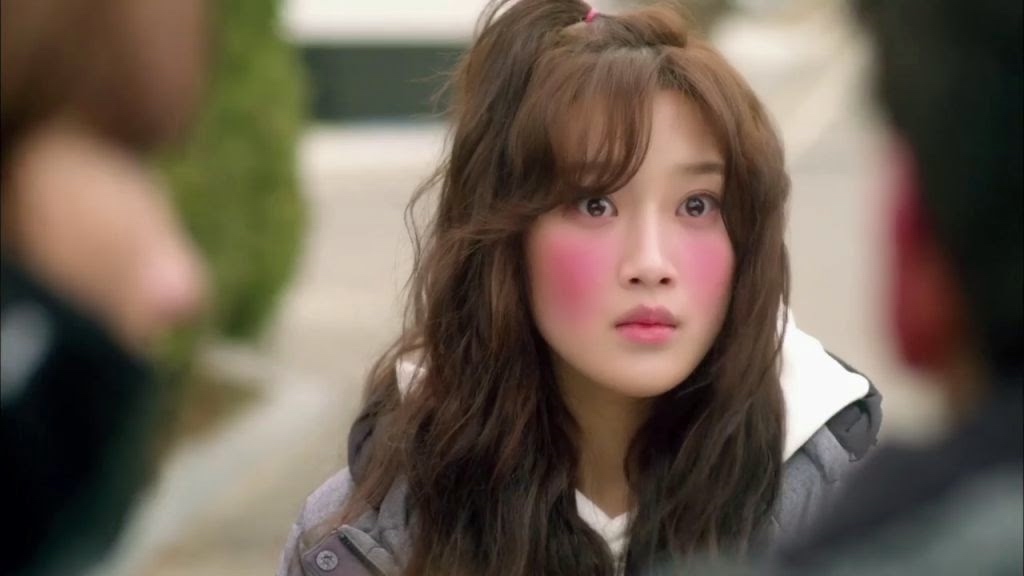 Let me start off by saying yes, I actually watched EXO Next Door. This web drama was by no means good, but it wasn’t exactly unwatchable, either. This was also the first time I saw Moon Ga-young on the screen. At the time I wrongly assumed she was a carefully-selected newbie actor. After all, the role of the girl that gets to be the neighbor of/housekeeper for EXO was as coveted as it was risky. Moon Ga-young was actually quite sweet, bumbling, and likable in this role. Though the role mostly consisted of her reacting to the EXO members’ mischief, teasing, romantic advances, and everyday heroics, she did it well. My favorite thing about this web drama was not the singing, smirking, winking, moping, grumbling, and looking fetching on EXO’s part, but those hot pink cheeks of Moon Ga-young’s heroine. Embarrassment is a powerful emotion that’s easy to feel second-hand, and that untamable and silly CGI blush of hers just made my day. 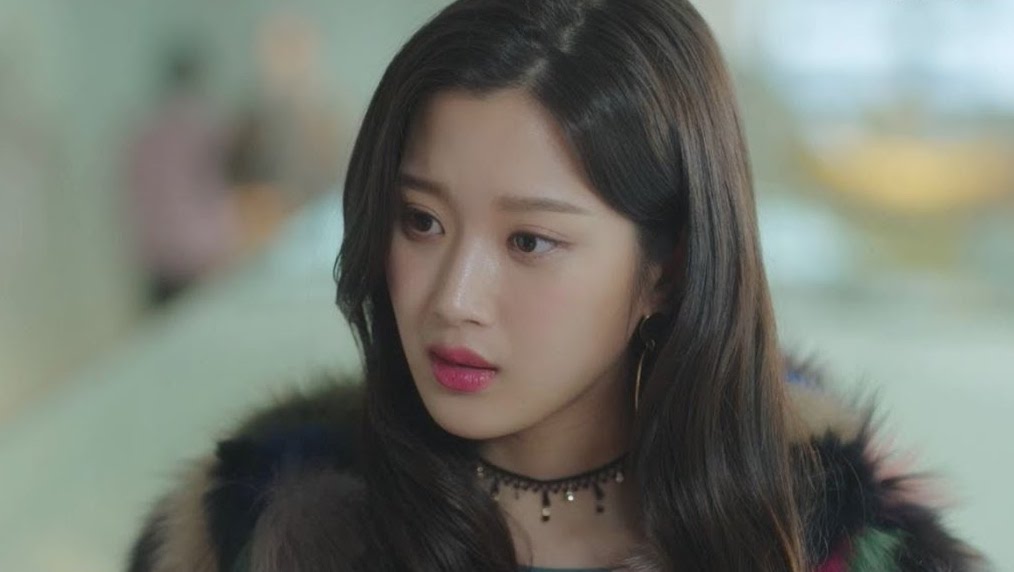 Why did I tune in to The Great Seducer? Woo Do-hwan. Why did I force myself to stay tuned through this pretty lousy drama? Woo Do-hwan. The drama was supposed to be a remake of Dangerous Liaisons, which I haven’t seen, but am familiar enough with the plot to know that it would never work in a K-drama format. Dramaland is such a dear, conservative place that things like seduction are mostly portrayed through saying something is a seduction, not actually showing us, or acting it out. This drama and its cast of characters didn’t really pull off the “danger” in dangerous. Instead, we got a wackadoo tale of chaebol kiddies whose self-images and notions around love were completely skewed due to their rather terrible parents. Moon Ga-young played one such chaebol heiress, and even if the drama was a mess, her performance was great. She went all in as this languorous, depressive young woman who belonged more in an Edith Wharton novel than 21st century Seoul. Gorgeous, sophisticated, and capable of very mean things, Moon Ga-young’s character was half antagonist, and half protagonist, which is a push and pull I rather enjoyed. 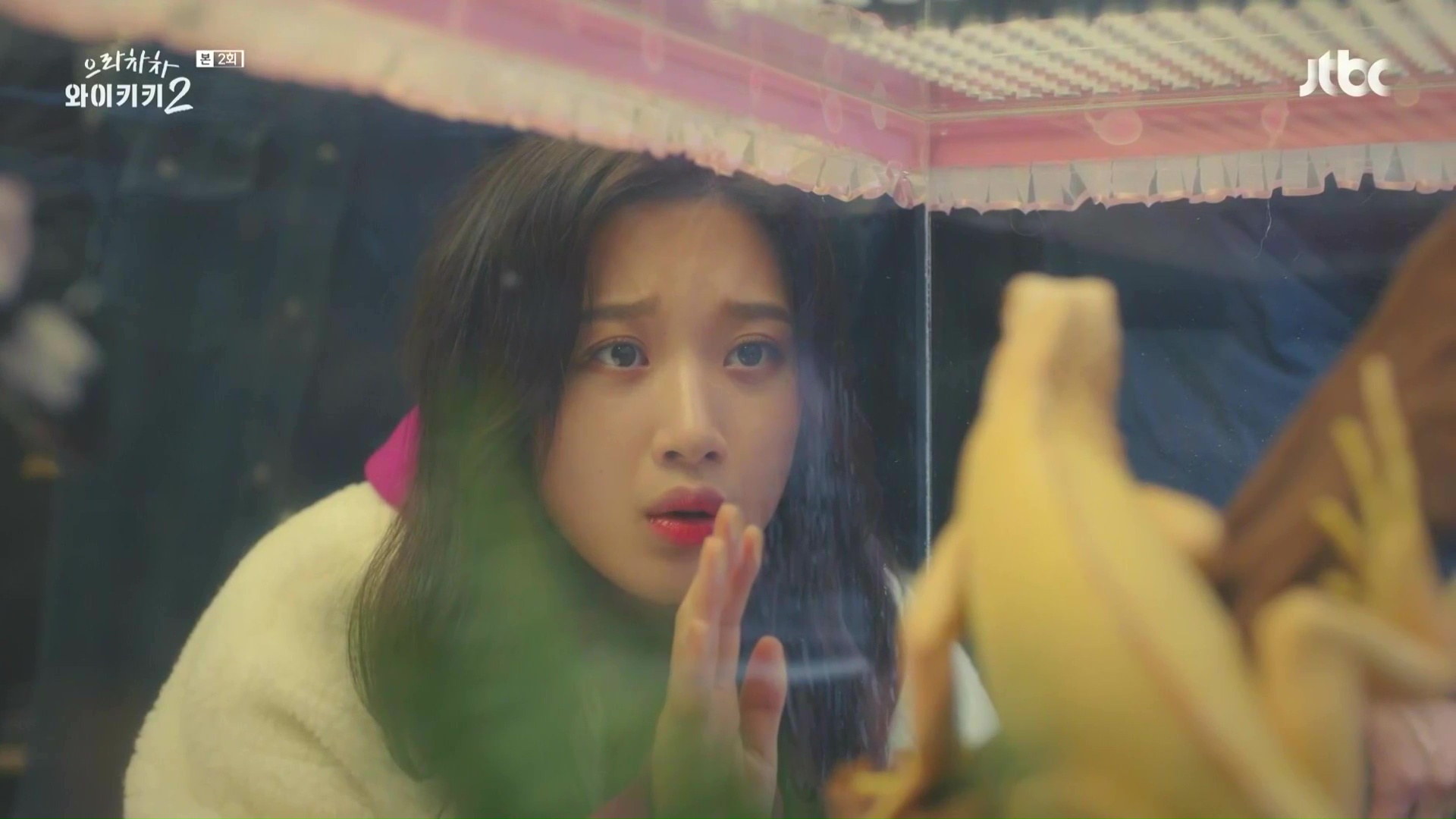 The popular youth drama Woohoo Waikiki got so much love, it’s back for Season 2. I somehow missed the original Waikiki bandwagon, though I’m not sure why, since I think Kim Jung-hyun is genius, and I have serious FOMO from not watching it. Now that Season 2 is well underway, my curiosity continues. Multiple seasons in dramaland are rare and tend to have less character and storyline continuation than the seasons of TV we are used to in the U.S. — and that’s just what we find in Season 2 of Woohoo Waikiki. The plot is still about the struggling Waikiki Guesthouse and all the crazy that happens, but much of the cast is different. Instead we get to meet new characters, one of whom is played by Moon Ga-young. Her character is the first love of not one, not two, but three of our Waikiki characters.

Absolutely! Between the love, tears and the bloody competition how could it not?

Yep. One of my very favorite love story from KBS drama special.

KBS Drama Special has so many dramas about breaking up, with The Long Goodbye and The Expiration Date of Our Love just this year, and it definitely stands out as the best!

Me me me! Hahaha... Love waltzing dance alone and make Yeo Hui Hyeon get an award!

I liked her so much in Live Up To Your Name that I wrote a season 2, especially for her.

I remember this - it's what made me want to watch the drama. Still do, but where's the time? 😂

Watch it, watch it! LUTYN is great.

i like her, she's more than just pretty looks. i think i like her comedy role the best!

I watched EXO Next Door. And I'm proud of it. 😂

I'd like to amend your statement: "Why did I tune into The Great Seducer? Woo Do-hwan. Why did I force myself to stay tuned through this pretty lousy drama? Woo Do-hwan and Moon Ga Young." Seriously, it was these two alluring actors that got me through that drama. Every scene between them was fantastic and her skill was on the same level as WDH. Her role was so complex--she was able to show the confidence and cruelty on one side, and the vulnerability, fear, and insecurity underneath. I became such a fan of hers after that role.

And Kim Min Jae. I love all three of them.

She was in Sweet Life/La Dolce Vita a.k.a one of my fav LDW drama? now I have to put an afford to find out what her character was.

I also watched all of The Great Seducer for her, Woo Do Hwan and Kim Min Jae. I hope they reunite in a much better drama.

The only actor beside Kim Ye Won who's acting is watchable enough to get through in welcome to waikiki 2 for me. And her roles in walzing dance alone. Will Never forget about that drama!

I loved Exo Next Door (still am) and Moon Gayoung instantly became my favourite from that show, perhaps due to the way of her potrayal as the fangirl character. Then I saw her again in Mirror of The Witch as the cold and cool assistant of the 2nd ML and that show made me realized she's like a chameleon. Also enjoyed her character in Incarnate Jealousy, she's so bratty, lol but I understood why her character was like that.

And then, in Great Seducer, gosh her character was gold, like, WOW. I was so sad because the writing and direction failed to show her potential, she's so good, ugh. Still mad at this show. I wish she will take the same kind of role in the future, so badass but with better writing and direction, ofc.

I gave up on EXO next door- but definitely not because of her.

Dangerous Liaisons could be re-set to New York (its been done) but never as a K-Drama.

I loved her character in Waikiki 2.

Whoa, I didn’t know Moon Ga Young was a child actress. The first time I saw her was in Live Up to Your Name and then she completely transformed herself in The Great Seducer. She was well cast, but the story/writing was awful. I’d like to see her again in a good drama some time.

If they'd advertised it as the off the rails makjang version of Dangerous Liaisons I might have been prepared. I admit that I alternated between laughter and cringing.

I fell for this girl in Mimi ..that has to be the best drama of my life