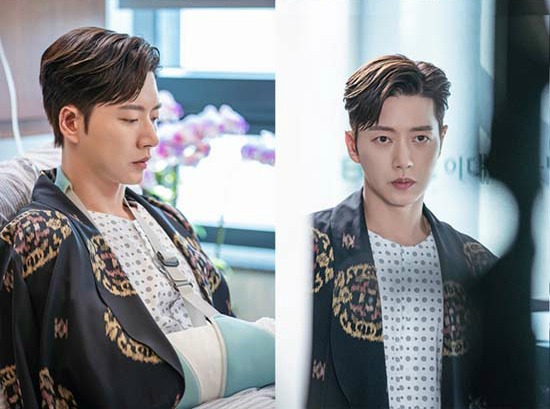 Here’s a peek at the cast of the upcoming drama Secret, starring Park Hae-jin (Man to Man) and Jo Boa (My Strange Hero).

The show revolves around a fire and rescue team based in Gangwon Province that fights forest fires. The team members risk their lives out in the field, but find themselves able to heal their emotional scars and personal traumas while they work to save lives. Slightly confusingly, the drama is being described as a rom-com so I guess we’ll have to wait and see how things play out on screen.

The lead roles are being played by Park Hae-jin and Jo Boa, with Lee Shi-hoon (Trap) and Jung Yeon-joo (Room No. 9) as supporting players. 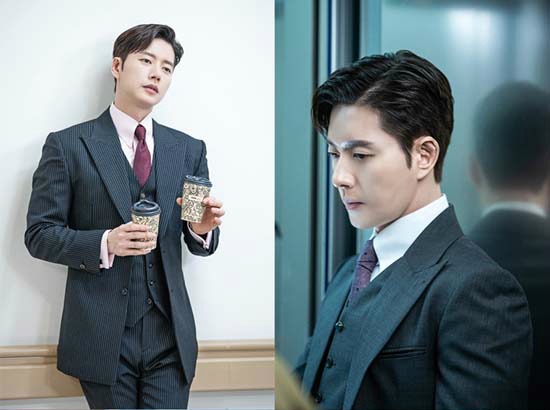 Park Hae-jin’s character, Kang San-hyuk, was once a rising star at a major investment firm. He had it all: looks, money, success. But he decides to quit his cushy finance job and join the provincial fire and rescue team in Gangwon. He finds a place in the aviation unit and rescues people via helicopter. And what would a hero be without a sad backstory? Our hero’s lingering trauma is a mysterious amnesia surrounding his past, which prevents him from remembering anything of his childhood. There’s not much information on the rest of the cast yet, but Lee Shi-hoon is described as Park’s right-hand man.

PD Oh Jong-rok (Greatest Marriage, Piano) and writer Lee Sun-young (Sweet Love) are attached and the drama will be pre-produced. Filming for Secret began in March but the show is currently still searching for a network.

I hope the drama finds a home soon and avoids a fate similar to Four Men, which was supposed to be Park Hae-jin’s follow-up project after Man to Man. There seemed to be issue after issue with the drama’s production and Park Hae-jin had been entangled in a roughly year-long legal dispute with the studio behind Four Men. The studio sued Park to stop him from shooting any other dramas before finishing Four Men, but the courts have sided with Park Hae-jin. He’s now free to move on from Four Men and film whatever he pleases. Cheers to him and may Secret find a home soon!

Hmm...not sure how I feel about the possible amnesia, but I'm happy we'll get to see more of Park Hae-jin onscreen. ❤️

And, wow, I knew there were delays after delays for Four Men but not that the producers had sued PHJ to prevent him from filming other work. I read that filming for Four Men began in January of 2018 & abruptly ended in May 2018 when the 2nd director quit due to issues with the production company-- 5 months & filming still wasn't completed. I get that producers wanted him available to finish the drama, but they they never seemed to be able to get their sh*t together. No wonder we haven't seen him in anything in a while.

I'll definitely give this new drama a try when it airs (& if it's subbed)!

There were so many rumors about Four Men. What I find interesting was PHJ's company was initially involved on production. It was a Mountain Movement and VC joint venture. I wonder why they opt out.

The production has been in trouble ever since a subdivision of Park’s talent agency, Mountain Movement Entertainment, left the co-production. Victory Content is the sole production company at the moment, and is unable to cope with the production costs.
(http://m.kpopherald.com/view.php?ud=201807101457288701114_2)

Amnesia !?! 🙄 The fire fighting setup sounds like a J drama, however they wouldn’t feature amnesia or a romance. 😳

Forget amnesia. So to speak.

Now is an awkward time to have a show about fighting forest fires. The wood roof of you-know-which cathedral was supposedly call the "forest" because of how many trees they had to cut down hundreds of years ago to build it.

(Hundreds of years? Guess they don't have many termites there?)

And one news site today quoted a French official as saying the roof would be hard to rebuild because they now have no trees left in France that are big enough. Ouch!

South Korea is recovering from its own forest fire. I think it's a topic that's on people's mind and is not a bad topic for the show to pick up. Current and relevant.

I think they have forest fires most years and this one was especially bad due to high winds.

Thanks. I didnt know.
Really terrible. I'm just glad that loss of life was kept to a minimum but all that beautiful expanse of forest lost. :( I think I read that it'll take at least a century for the forest to be restored.

It is sad but on the plus side, forest fires actually help the forests in the long run. Some pinecones only open and release seeds after a fire.

Yes, I saw about that fire in the news -- then promptly forgot about it. Here in California when we have a big forest fire / brush fire, that just means it's Tuesday. I grew up watching mountains on fire from the living room window every couple years.

I live in California too, and constant fires are just a sad reality. I'm honestly not even surprised anymore when a new fire is announced on the news.

It really hurts to see Notre Dame like this :'(

At least the the stain glass windows (rosette) survived :)

Please drama gods, let him have a good drama. i've been waiiiiittttiiiinng for him to get a really good role/story since bad guys, but nothing seems to have worked out. I didnt watch cheese - the beanies' reaction saved me i guess. and man to man was just soo painful.

Funny, Cheese is why I've become PHJ crazy, and no one is as good of a lead to PHJ as Kim Go-Eun. The first half is definitely worth watching and the ending isn't as terrible as what some people have said it is--it's just not clear cut. I skipped over all the boring/nauseating Inho/Inha parts and watch only PHJ parts :) That might help.

Maybe I’ll try that! I love phj but it’s funny I haven’t actually watched too much of his work

His work is definitely spotty. So far I've watched in a month, besides CITT: You from the Star (gave me 2nd Lead Syndrome), East of Eden (over the top, but I'm glad I watched it--he played an evil character in the beginning), Snow Sea movie (can't stand the female lead!!!), and Doctor Stranger (can handle only half of it after watching the ending first). I wish he'd spent more time in Korea, but I understand that China is where the money is.

I just finished watching CITT for the second time from beginning to end, more slowly this time, but still skipping most of the non-PHJ parts. This is definitely his best work to date imo. I really connect with his character and the love between the two leads makes my heart melt. All the criticism about the drama not following the webtoon more closely seems a bit nitpicking to me now I've also read some of the original. I can still do without the Inho/Inha parts, but I plan on rewatching this drama many times now I've ordered the DVD set :) Would love to know what you think if you give it a try.

Park Hae jin and others from Secret-2019 are doing volunteer work at Gangwon fires. Drama filming put on hold?

how are they going to rom com around a forest fire, there is no time to blink with those things. my friend who was in rescue team was up 56 hours straight fighing one

I will check it out for sole reason that PHJ dramas seems to introduce me to great actors in supporting roles (Park Sung Woong and Kim Ming Jung) while completly erasing his character from my memory.

Park Sung Woong was a hoot in Man To Man. His sibling-like relationship with Kim Min Jung was awesome. Kim Min Jung in Man to Man was a successful fan, she somehow reminds me of PMY in HPL. Haha

I totally agree. He as an actor is generally forgettable for me, I think the only time I found him memorable was in Bad Guys, otherwise meh. Hmmmm, I'm not really sure why either.

I believe this drama and this year will finally propel PHJ to super stardom in SK. Jo Boa is no KGE, but she's better than most other female leads he's been paired with. PHJ's career in SK always feels somewhat underrated. I adore him, but his work in China is very difficult to watch, mainly due to the Chinese production values and lackluster cast. I hope this drama lives up to the high expectation, or at least not completely tarnish it. I also hope he grows out that terrible short hair after this drama because he looks much better with his hair a little longer.