A devoted secretary works for a CEO with face blindness. When she's coerced into cosplaying the eccentric woman he's being set up with, he falls in love with her without knowing her true identity. How long can she play both roles until her boss learns the truth?

A devoted secretary works for a CEO with face blindness. When she's coerced into cosplaying the eccentric woman he's being set up with, he falls in love with her without knowing her true identity. How long can she play both roles until her boss learns the truth? 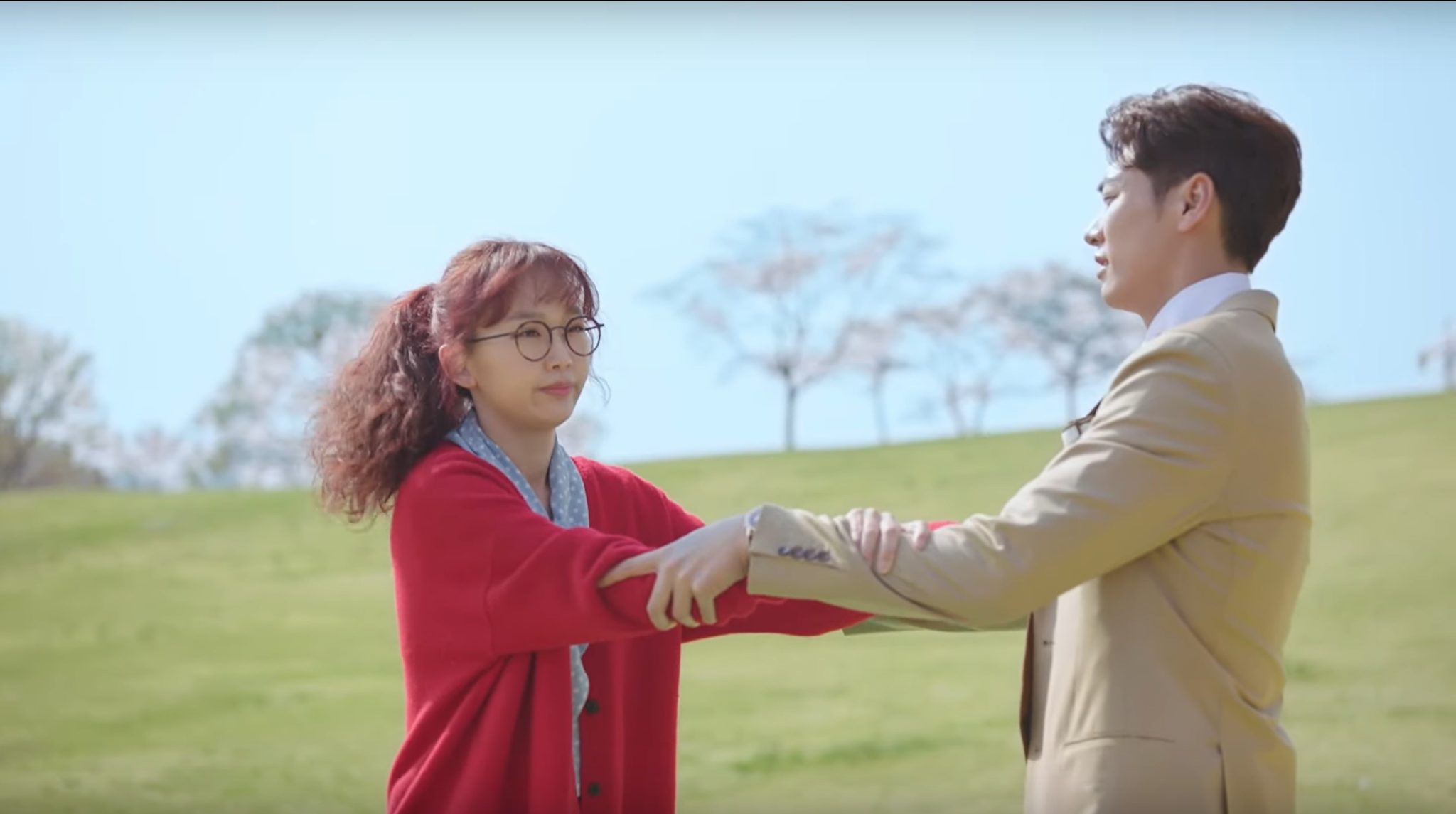 The story is a romantic comedy about a problematic boss and his secretary who leads a secret double life.

Playing the lead role of the boss is Kim Young-kwang. His character, Do Min-ik has all the classic K-drama first lead traits: prickly, self-centered, and a perfectionist. Do Min-ik lived life on top of the world until a life-changing incident left him with face blindness. It’s a secret that he hides from the world with the exception of his secretary. He can always rely on her to be sitting in the same seat and wearing the same clothes–he becomes highly dependent on her to be his eyes for him.

Jin Ki-joo plays the dependable secretary, Jung Gal-hee. Due to her boss’s face blindness, a misunderstanding occurs while on the job and Do Min-ik mistakes his secretary for an heiress by the name of Veronica Park. However, Jung Gal-hee continues her façade as “Veronica Park” for her boss and the two start to fall in love.

The real heiress Veronica Park is played by Kim Jae-kyung. She finds out after the fact that Jung Gal-hee has been impersonating her. However, instead of getting angry, she’s amused and plots to use this charade for her own means and gains.

The teaser has a cute, spring vibe and starts close-up on Kim Young-kwang jumping on a trampoline. It then alternates cuts of Jin Ki-joo and Kim Jae-kyung jumping on the trampoline with him. In voice-over, Kim Young-kwang narrates: “Am I crazy? I’m in love with two different women. Secret lives and a risky romance between a man who doesn’t know faces and a woman who disguises her face” The two women are dressed in similar shades of red and we see that Kim Young-kwang is conflating the two as the camera angle switches to a static long shot.

SBS’s new Monday-Tuesday drama Love at First Sight is currently set to broadcast next month on May 6, 2019. 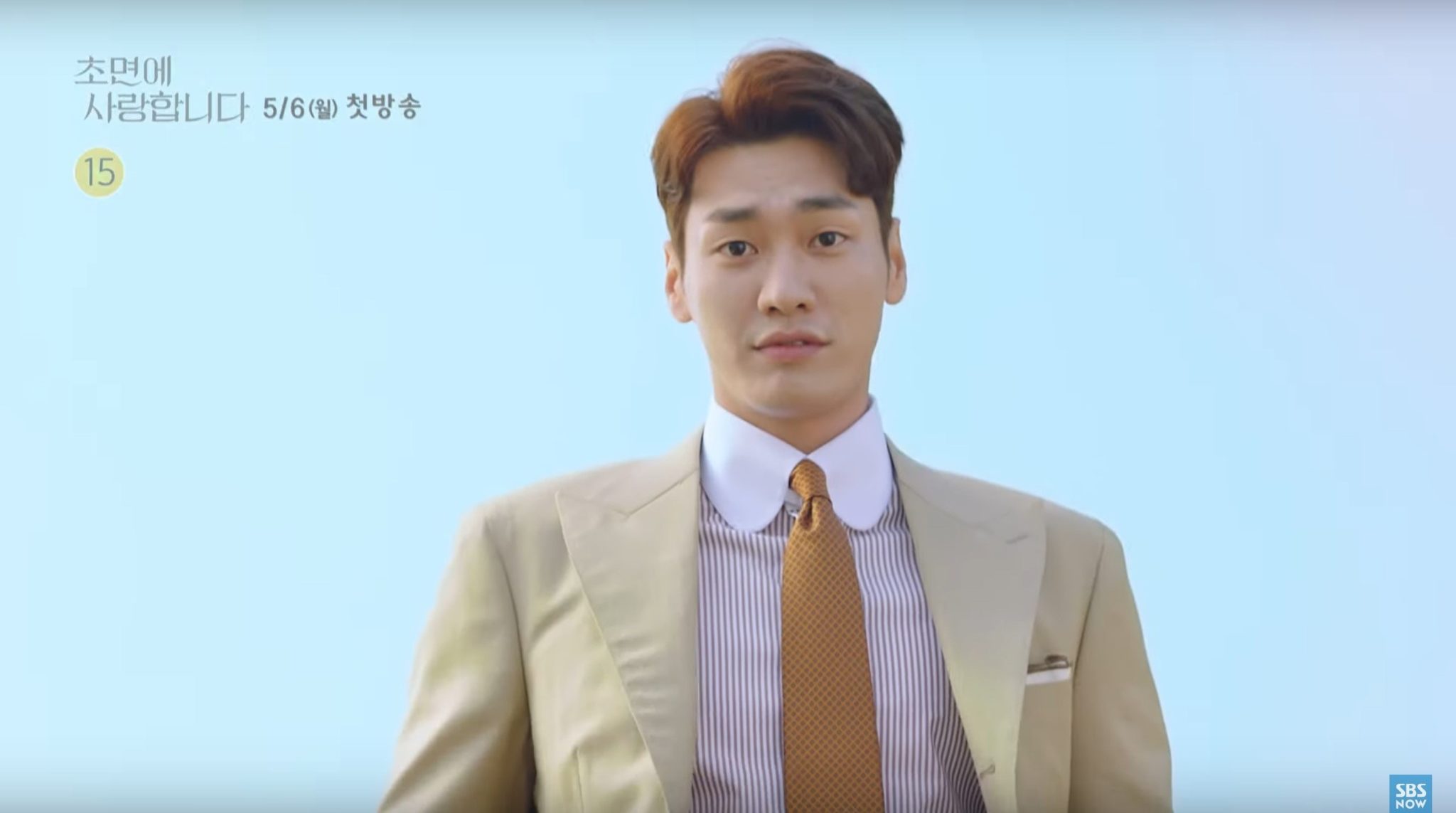 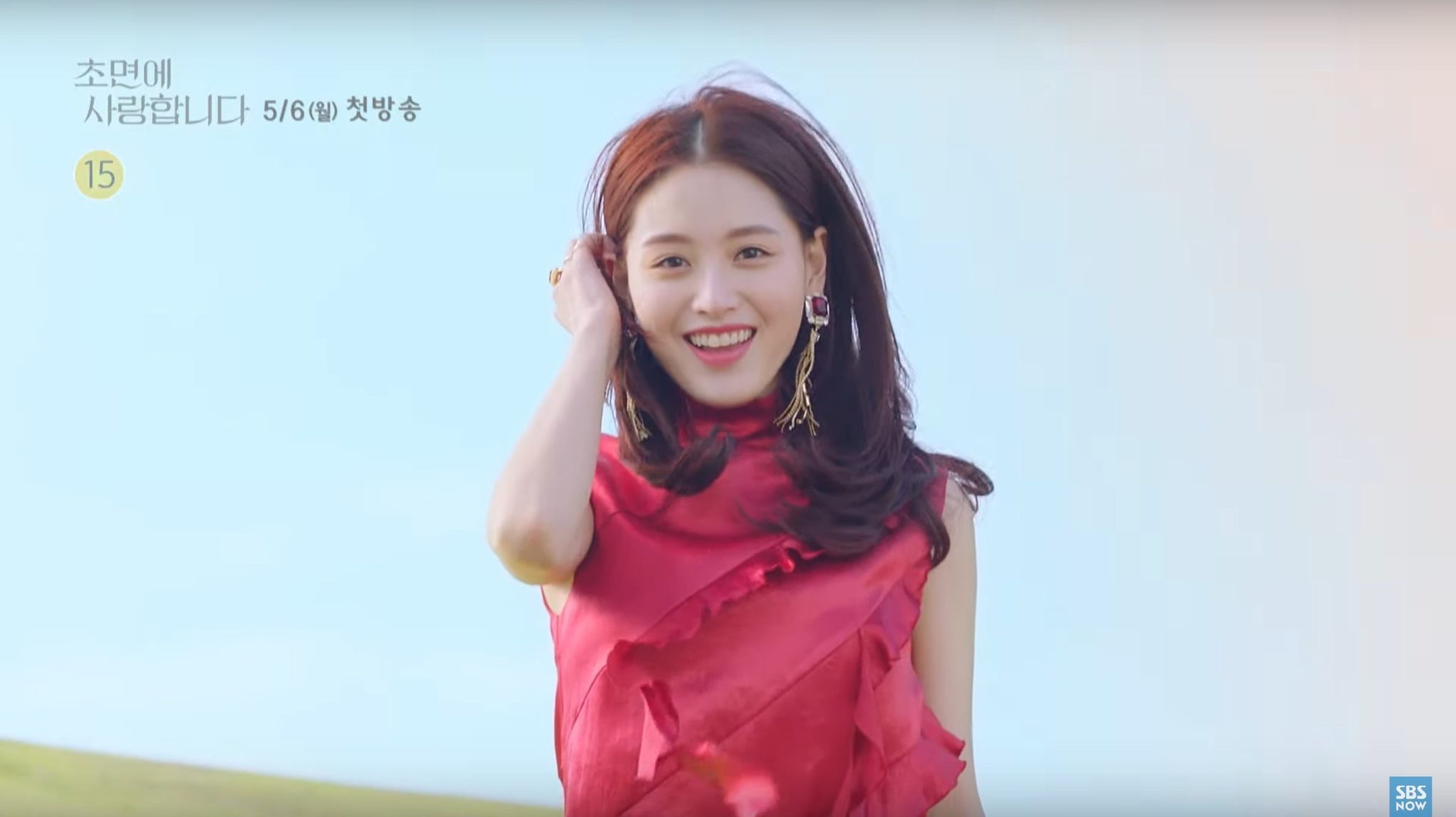 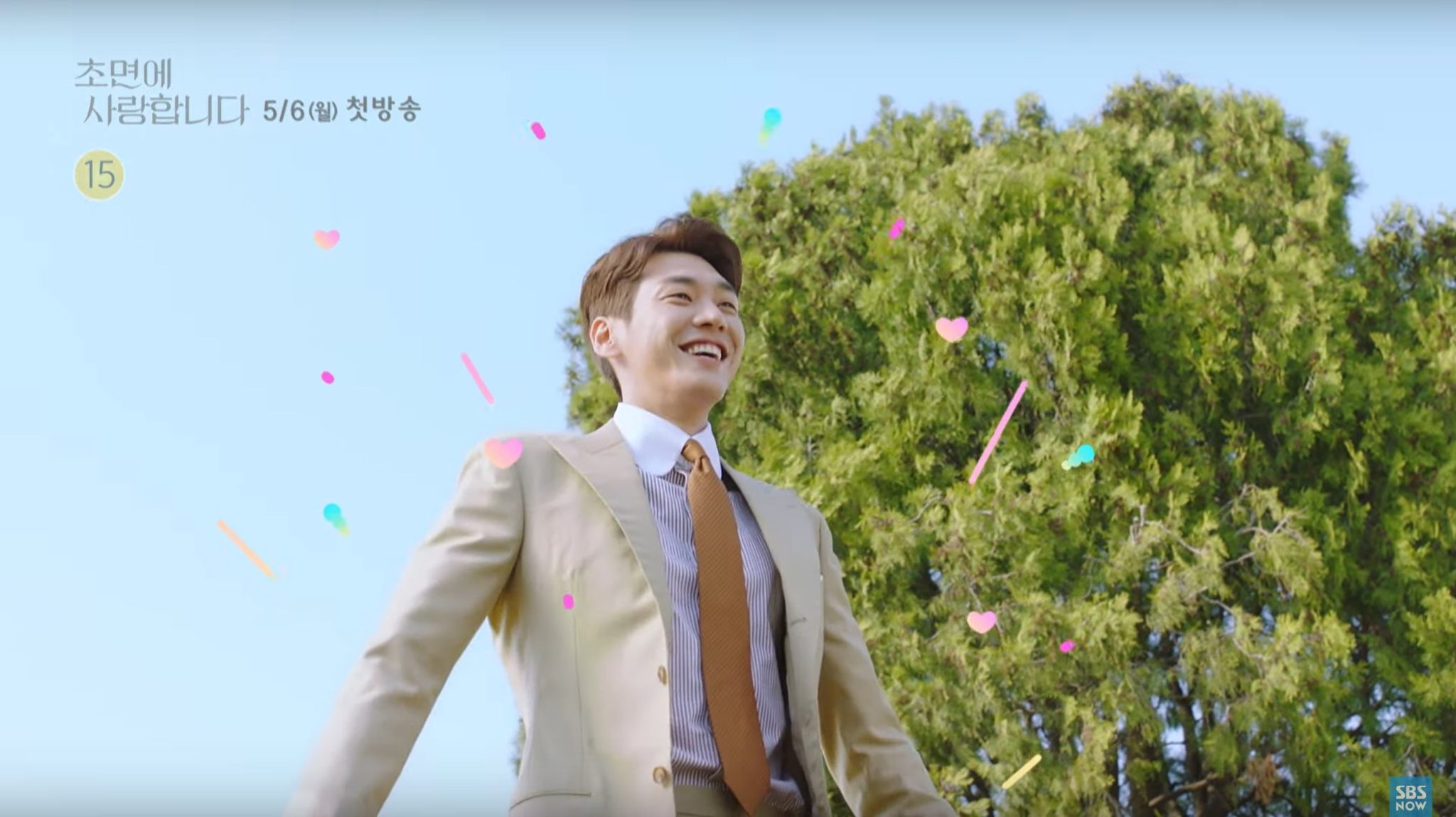 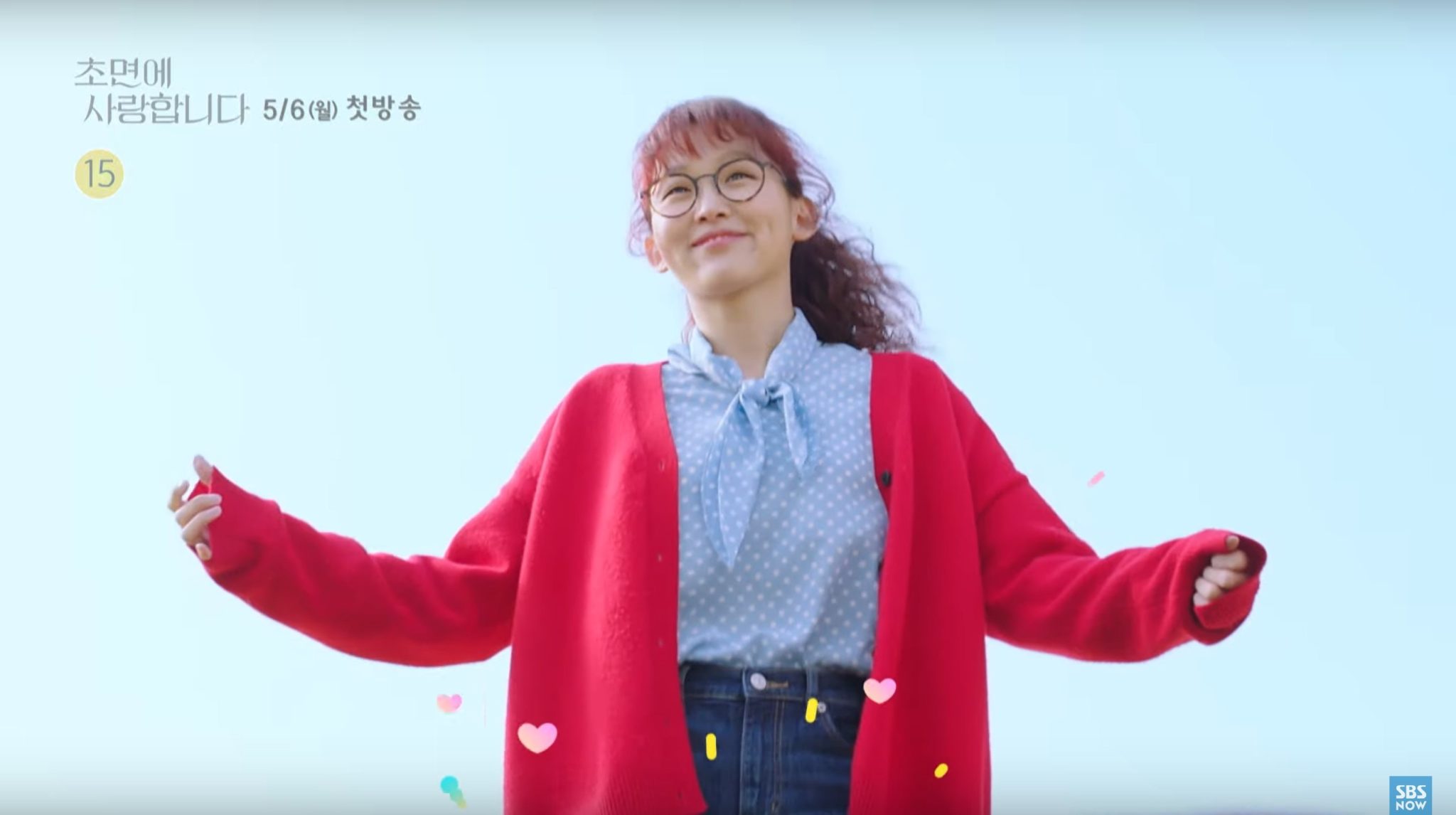 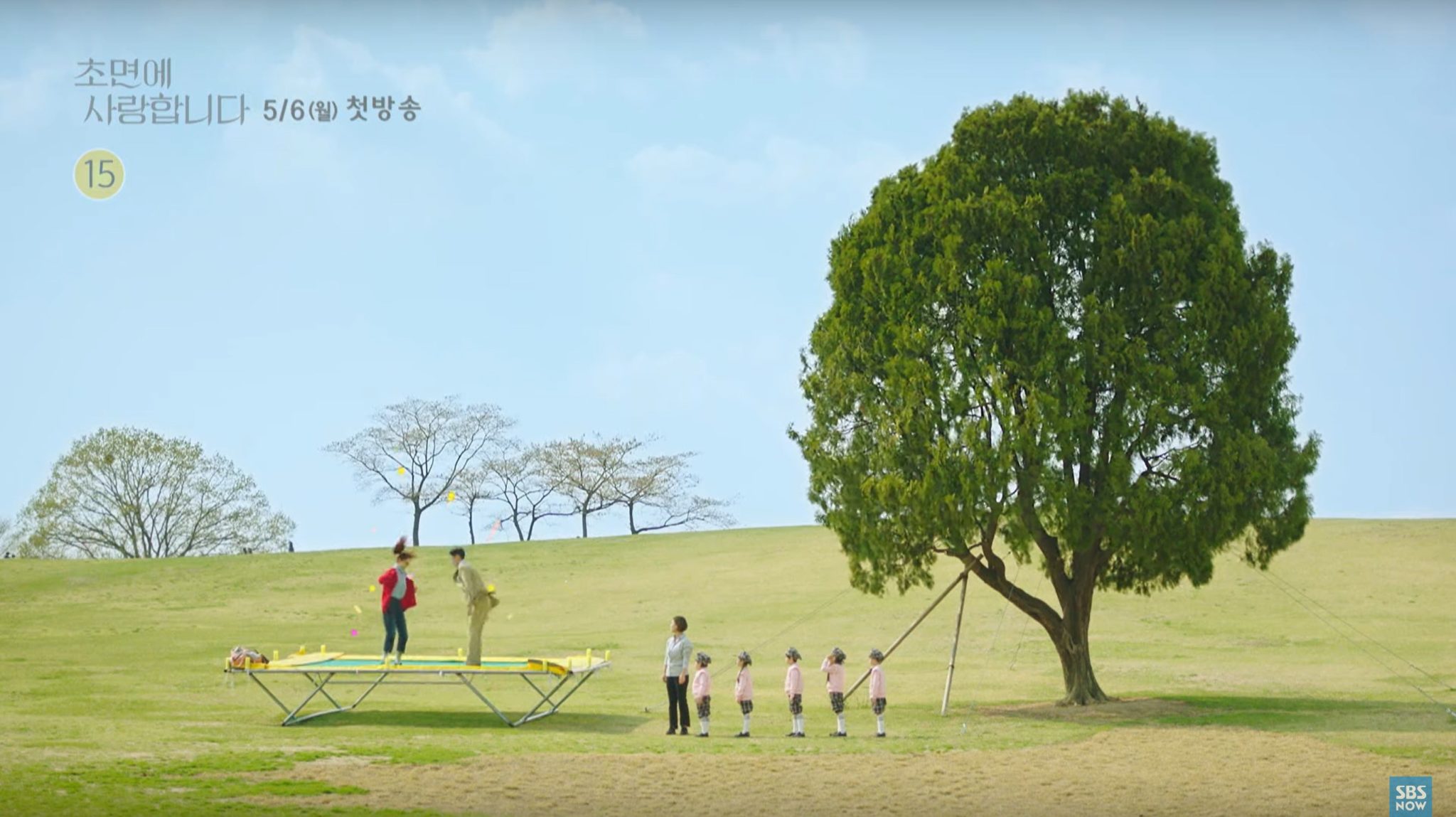 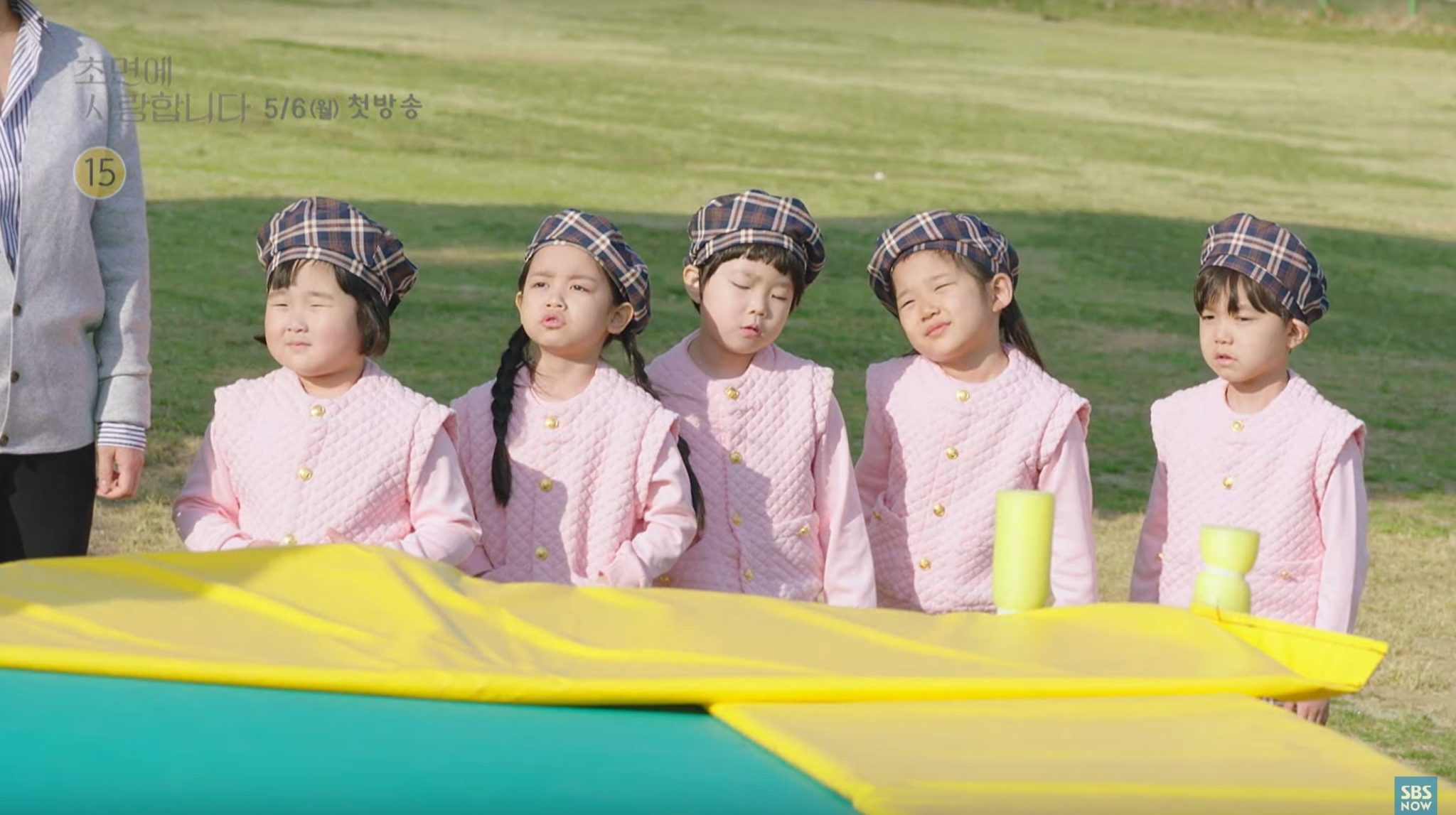 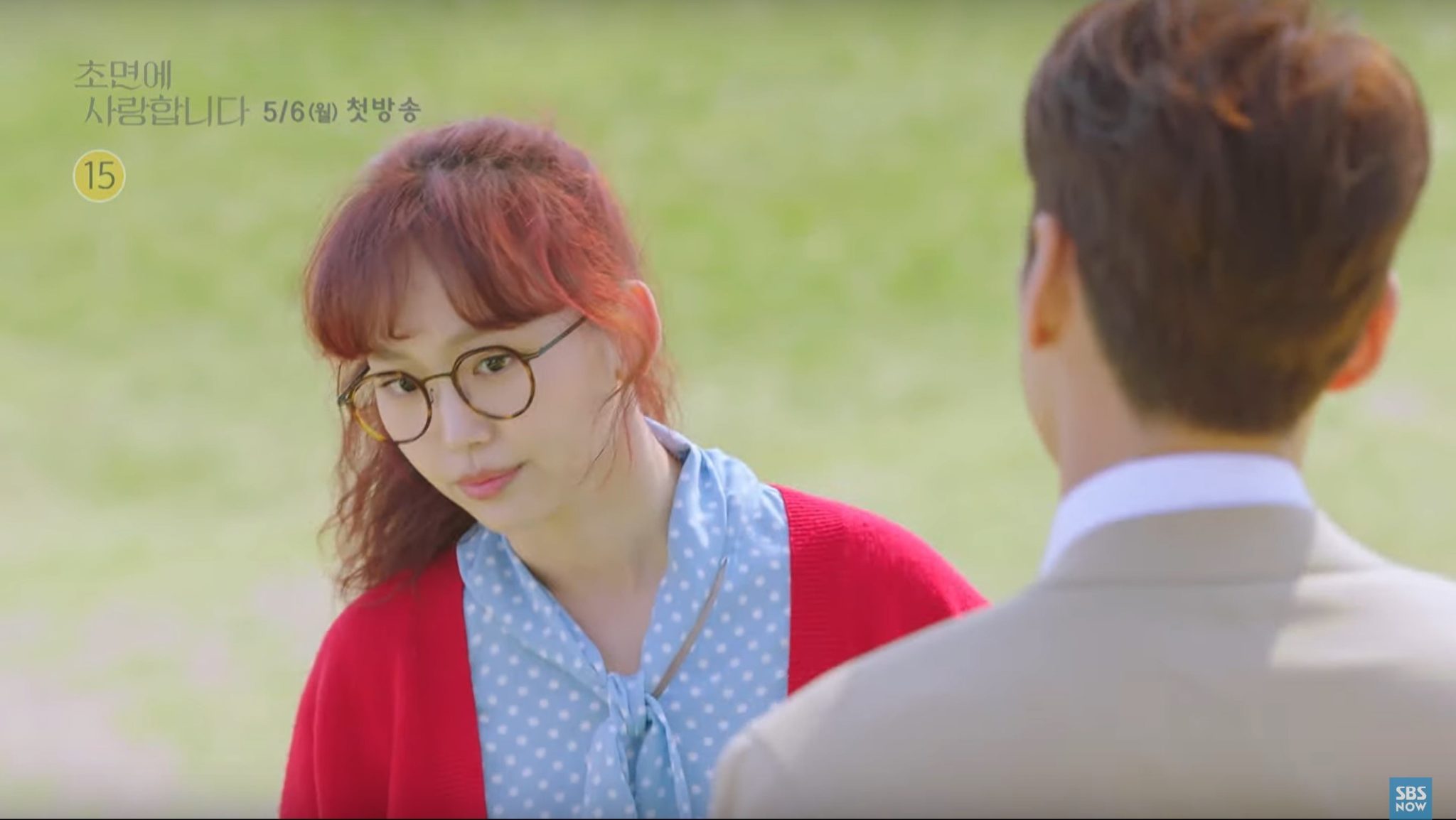 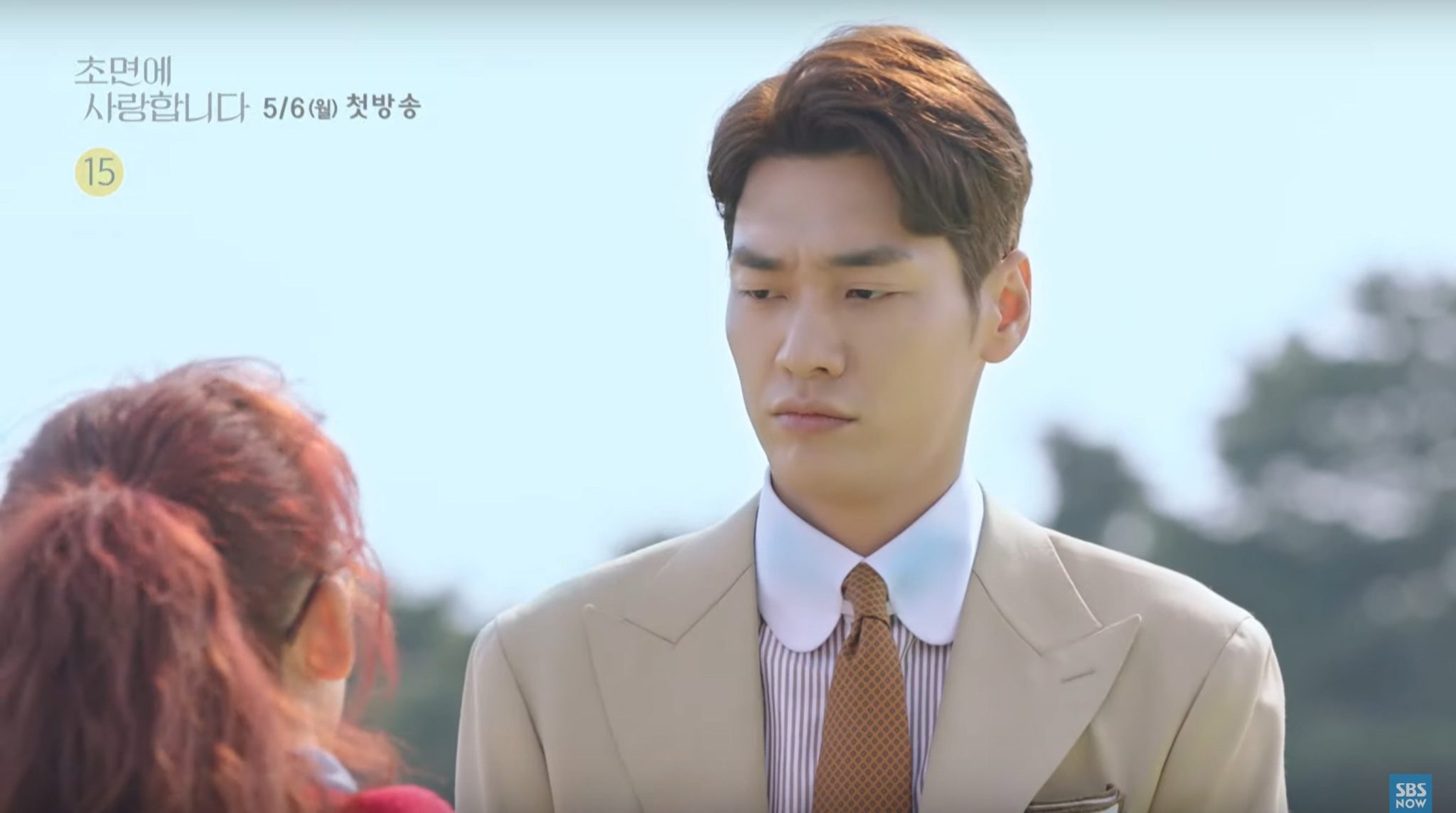 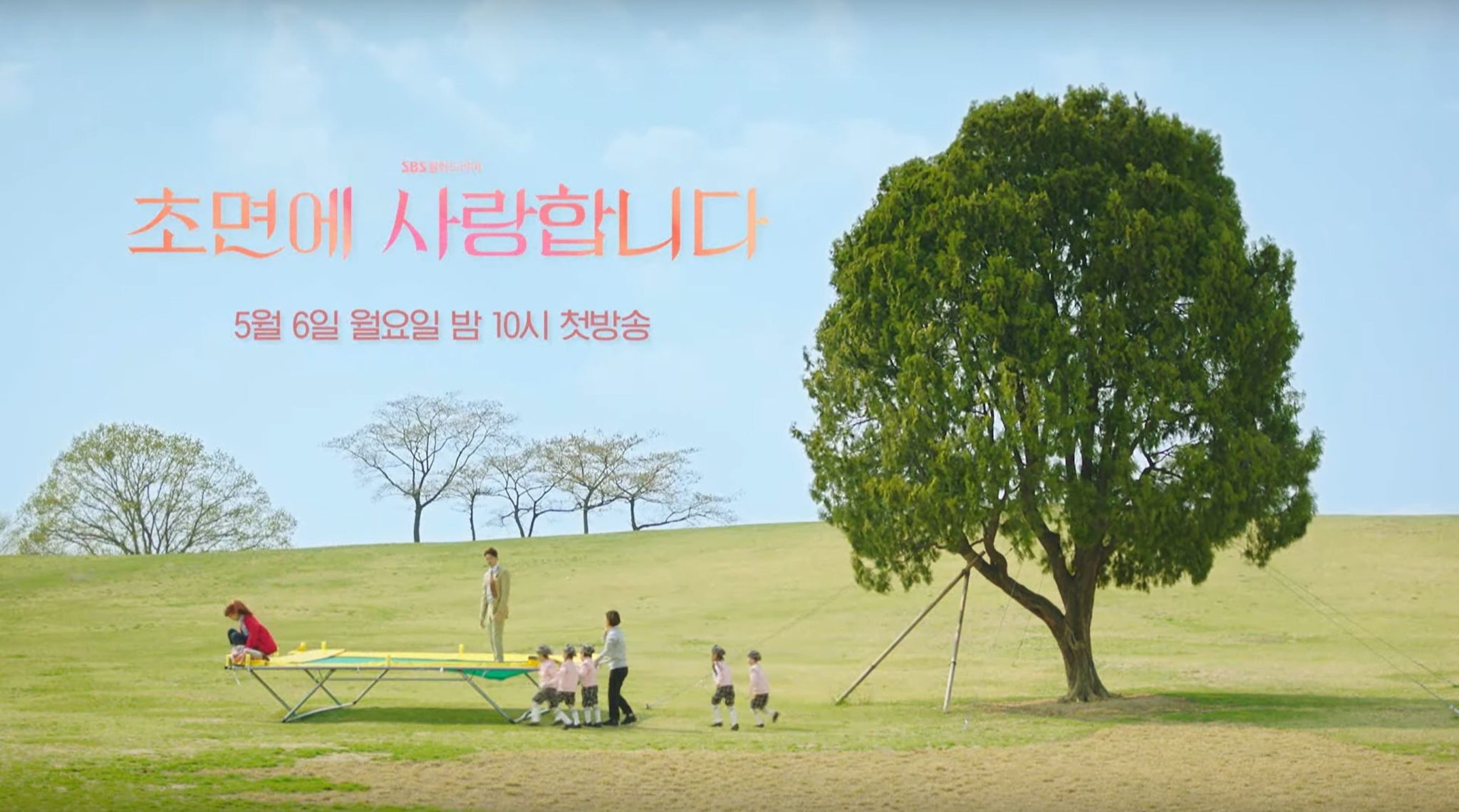 Well, okay, the plot sounds far more interesting now than it did when it was just boss-meets-secretary. I have qualms about workplace romances and how they're presented in dramas, but I'll give this a shot for Jin Ki-joo.

At first, I rolled my eyes, and then I was intrigued. I also just adore Jin Ki Joo. So I shall watch for her. Kim Young Kwang does nothing for me though, so maybe he'll grow on me.

"However, instead of getting angry, she’s amused and plots to use this charade for her own means and gains."

This piqued my interest - I love a scheming second lead who isn't just a petty love rival. Hopefully this means they'll actually develop the character? Between this and the earlier descriptions of Jin Ki-joo's character as being petty towards her boss, it looks like, if done well, this could offer some interesting female characters.

Oooh wow suddenly I'm all in for this plot. Now I can't wait.

Should I just settle for plot blindness?

Know what you mean - I've really been wishing hard for another face blindness drama.

Face blindness is the new amnesia in dramaland.

I just hope we don't end up with a show combining amnesia and face blindness (in different characters, I mean. It would be horrible if the same person suffered both!!!)

I see a drinking game coming...

I almost think "face blindness" should be added to kdrama bingo, along with "USB with evidence", "put something warm over a sleeping person" and "clumsily dropping something so someone else can see it"

I'm not familiar with Jin KiJoo but I lub KYK. Fingers crossed she's a new actress for me to follow. Kim JaeKyung was ok in Noble My Love. I'm excited for this.

will check it out for female leads. really can't stand this dude but i will try lol

Okay...it is face blindness again, but the new info on the plot is interesting though. I like JKJ and the second lead's character is not typical too, maybe I'll check it out. I hope we'll at least get the first episode recap please

How cute would it be if the girls became best friends plotting together?

Another female secretary and prickly male boss. Another face-blindness plot. Dramas are really having a hard time coming up with new things, aren't they?

With the twist of her pretending to be someone different does make this sound fun though. I'll give this a try and hope they mix the tropes up a bit (and hopefully the main guy isn't a prickly asshole).