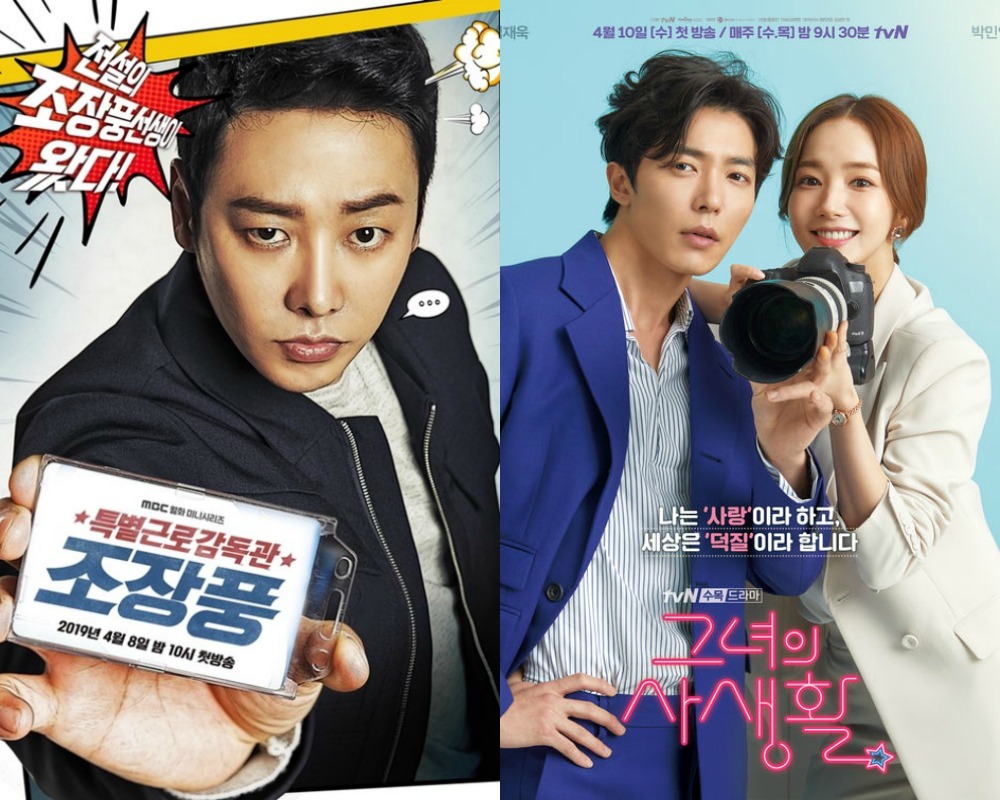 Two of the leads from The Guest are back on our screens, this time in slightly less horrifying and bloody roles. 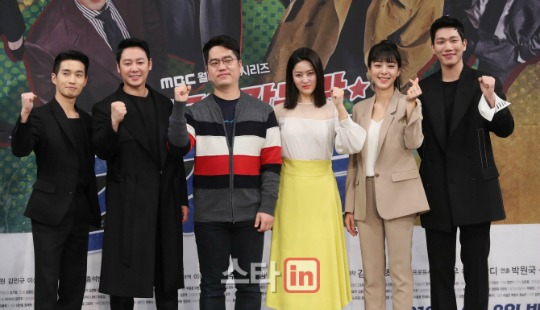 Reasons to watch: Kim Dong-wook plays the titular Special Labor Inspector Jo, a national judo player-turned gym teacher-turned civil servant. In his youth and early in his career, his strong moral core and quick temper got him into trouble, and he began to keep his head down rather than fight against the world. But a job reassignment to the position of special labor inspector sees him encounter corruption and injustices on a near-daily basis–and reignites his fiery temper. With a renewed sense of purpose, Kim Dong-wook will battle to right the wrongs he encounters. He won’t have to fight alone though as he’ll have Kim Kyung-nam, Park Se-young by his side. 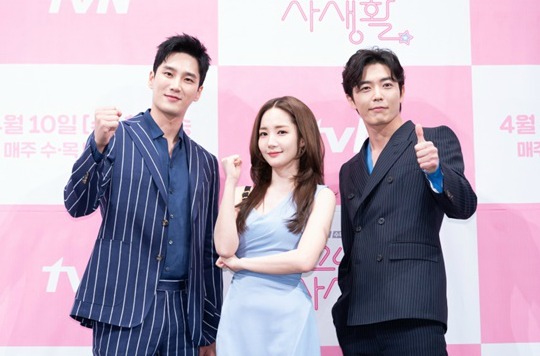 Reasons to watch: Fangirl meets fanboy in the latest tvN rom-com. Park Min-young is a dedicated and professional art curator who brings her sense of dedication to her hobby–fangirling her favorite idol. She’s a total pro at fangirling and when the director of her art gallery, Kim Jae-wook, cottons onto he begins to dive into fandom culture himself. Along the way he starts to fall in love with Park Min-young, but he’s not the only one with feelings for her. His rival in love will be played by Ahn Bo-hyun, Park’s childhood friend and Olympic medalist judo player.

I have been waiting for Kim Jae-wook in a rom-com where he gets the girl. Being a professional fangirl is the dream. Fangirling really is a full-time job.

Sung Shi-won, is that you?

Hahaha. I had to think hard. The name sounds familiar. Then I remembered Shi won from Reply 1997 🤣. She was the ultimate fangirl in a kdrama.

Coffee Prince and Healer are two of my favorites. Add that I'm a new kpop fan, an older fan, and I am so looking forward to this .

Please be good. And fun.

I've been slumping super hard, and finally two dramas start this week that I'm kind of interested in *keep expectations low egad*, and I have no time for drama watching.

Real life is a pain.

Just watched the first hour of Inspector Jo. I love me some Kim Dong-wook but not this.

Every characters was a damn caricature or just naive to the point of stupid. And it all a setup to make Jo's actions justified or to finally do his job.

First of all, this is a social satire. What you mention is okay with me so far. In an interview, Kim Dong wook said he had to gain a lot of weight for the role. He also had to learn judo for his role, so that impressed me enough to keep watching. I like the cast and even though characters were "caricatures" it's only the first hour - how do you expect in depth with everything else they're setting up?
BTW, I love KDW's voice. The only other thing I've seen him in is Maids, which was my very first kdrama and I'd forgotten what a nice voice he has.

It might be satire, but I still stick with what I said. It is schtick that overplayed itself in one hour.

Well, I respectfully disagree with you. We each have our own opinions, but I guess time and more episodes will tell...

Some of the characters were a bit broadly drawn, which may have something to do with the comic-book stylings of the publicity materials. But I thought all of them were pretty believable, whether they were civil servants, workers or management. There were some interesting shades of grey: e.g. Jo Jin-gab telling his daughter's friend that her kimbap boss had troubles of his own; the nice-guy bus-driver Sun-woo who was fine with being a scab till he himself was fired; the harried boss Ha Ji-man (is his name supposed to be a pun about his reluctance to take action?), warped by years of compromise but showing flashes of conscience. I even liked the extravagantly nasty Koo Dae-gil, whose rapid-fire switches between bonhomie and brutality reminded me a little of various fictional incarnations of Henry VIII.

I don't think the trigger for the plot / Jo's eventual rampage is as simple as just a bunch of characters, either. It looks like a more complicated mixture of Koo showing up and stuff from Jo's own past to do with Sun-woo and some other former students.

Um, not sure about the caricature part.
For me, it has been the closest portrayal to real life bastards.
Can you elaborate more on which part of their character is 'caricature'?

Her Private Life is TVN not JBTC.. lol 😊

And Special Labor Inspector Jo is on MBC, not KBS :)

It’s so great to have both kim dong Wook and Kim Jae Wook dramas premiering this both of which I’m pretty excited for. I hope they both do well. Finally I’m gonna see Kim jae Wook in a rom-com plus gets the girl. My fan girl dreams have been fulfilled!

I am looking forward to Her Private Life. Right now I am following seven dramas and that will make it eight. And yes...I work full time ^^

'her private life' isn't really interesting to me as a premise although i love the art part of it but i love the both of them and i'm sure they have good chemistry and it'll be nice (tongue emoji) i might just wait a while though bc i dont want to peter out with caring and i hope it's written well. i love themmmmm lmao in my dreams they fall in luv irl bc of this and gallop around being amazing

11 bebeswtz❣️Xiao Zhan is the sunshine in human form ☀️

Looking forward to Her Private Life. Finally Kim Jae-wook in a rom-com. Although I hope it will not all be rainbows and unicorns...I really hope they will show how intrusive fans can be for the celebrity.

Just watched the trailers for Her Private Life and here's the problem: I really want to see Kim Jae-wook but unfortunately Park Min young has been in so many dramas lately (especially rom-coms) that I no longer see the character but the actress.

IKR! That is also my problem. And it did not help that I totally loathed What's Wrong With Secretary Kim. I used love watching PMY because she is so beautiful to look at, but every time I watch her drama, I don't know why I am unable to connect with any of her characters. Not even one! I feel that I am just watching PMY acting instead of watching whoever her character is.

kim dong wook looks like G dragon in that pic above.

Love the premiere of Her Private Life *please be good, drama, please*

Her Private Life sounds light and fun. Plus Park Minyoung is one of my K-actresses! But not sure if it's something I would bother follow weekly so might wait til it's almost finished before I start watching.

Will Dramabeans be writing recaps for Her Private Life? Pretty please?

My ultimate kdrama wish is to see Kim Jae Wook get the girl for once - I started watching this show this week and kind'a found myself identifying a little bit with Park Min Young's character - after all I am a fan!