The drama is an epic action piece, set against the backdrop of Joseon during the Japanese occupation, and centers around the underground Korean independence movement.

The central character and leader of said movement is real-life historical figure Kim Won-bong (played by Yoo Ji-tae). As the story sets out, fate leads him to Doctor Lee Young-jin (fictional character played by Lee Yo-won) who unexpectedly joins Kim as he spearheads the fight for independence. Although Lee Young-jin lives as if she is Japanese, she conceals a troubled childhood and past. She was actually born in Joseon to a Korean family, but her parents were killed by Japanese military and she was then placed into the care of a Japanese family. As an adult, she makes the choice to become a secret agent for the independence movement. 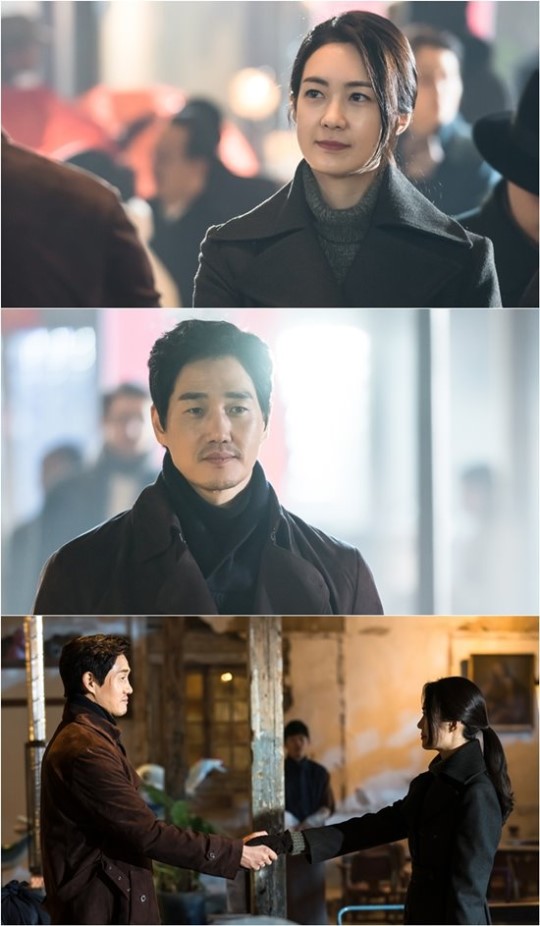 The released stills show the two characters meeting on a platform of a train station in Manchuria. Although the context is unknown, the two look at each other with small but warm smiles. The third photo shows a different scene in which the two are shaking hands. It suggests that some kind of agreement or decision has been finalized. In an interview, the production crew explained that the scene signified two different paths becoming one dream.

I am curious to see how this drama pans out as I really like period pieces and I like the cast. My only question is, where is Im Joo-hwan? More Im Joo-hwan promos please!

MBC drama Different Dreams is currently set to premiere next month on May 4, 2019, following Love in Sadness.

This writer/pd are not my cup of tea but good luck to the cast especially Im Joo-hwan.

It's true... I'm just in denial and hoping against hope for Im Joo-hwan :(

Yeah, I'm not excited for this one...between the writer/pd and the depressing era this is one period drama I'll be passing on, lol.

What else have the writer/pd written/directed? Please?

Thank you. I haven't watched either of those.
The main leads have chosen their roles well in the past.
I'm still hopeful!

Lee Yo-won and Nam Gyu-ri - 49 Days reunion <3
I like every actor/actress in this cast. Please be good!!!!! (I agree with @kiara though, this writer and PD combo does not impress me with their previous works)

She was the lead together with Lee Yo-won.

@Mel: As @neener said, she played Shin Ji-hyun, one of the leads in 49 Days. However, her character borrowed the body of Lee Yo-won's character so Lee Yo-won also acted as NGR's character half of the time.

@0live13ranch @neener ohhh! I didn’t know that was her name hahaha! She was so pretty in 49 days! I thought she looked like a porcelain doll!

This is the drama that I've been waiting for. An amazing cast and I have high hopes that it will be worth watching.