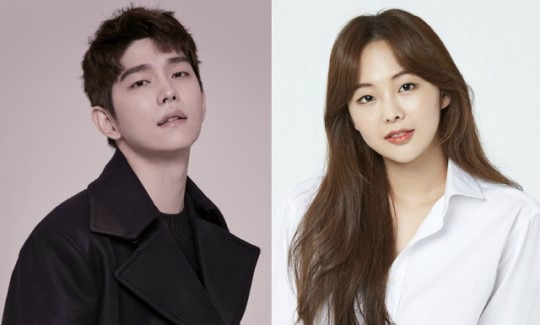 A new drama is in the works on OCN called Mr. Ki Kan-je and Yoon Kyun-sang (Clean With Passion for Now) has confirmed he will be taking the lead role. Also joining him in the cast are actors Geum Sae-rok (The Fiery Priest), Lee Joon-young (Buam-dong Revenge Club), and Choi Yoo-hwa (Life).

The story is a crime-thriller that sets off when a mysterious murder takes place at a prestigious high school where the children of the .01% make up the student body. Yoon Kyun-sang’s character, Ki Moo-hyuk, spent most of his law career chasing cases that paid good money. Although this earned him a reputation for being a materialistic lawyer, he was incredibly successful. But, in one fell swoop his life hits rock bottom and he somehow becomes involved in investigating the school murder case. In order to uncover the truth of what happened, he takes on the alias “Ki Kan-je” and poses as a new teacher at the school.

Geum Sae-rok plays the role of Ha So-hyun who is a phys-ed teacher at the elite school. She’s passionate about her job, and trusts her students implicitly. However, meeting Ki challenges her somewhat naïve convictions as a teacher. As she begins to see that the students are being secretive and behaving suspiciously, she is confronted with what it really means to care for and support her students. 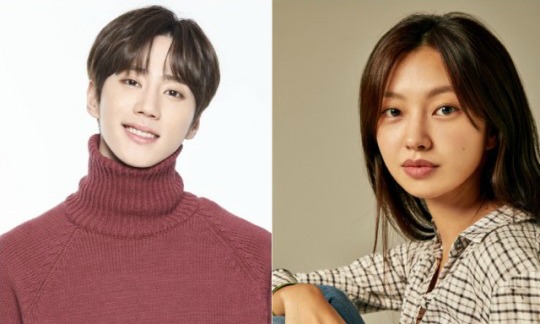 Lee Joon-young (a.k.a. Jun from U-KISS and UNB) plays a student by the name of Yoo Beom-jin. His character is described as a perfectionist, the top of his class, and the boy that everyone’s mom wishes their child would be like.

Choi Yoo-hwa will play Ki’s rival, Prosecutor Cha Hyun-jung. She and Ki go way back to when they were just lawyers in training and their rivalry continued undiminished into their law careers.

It hasn’t been that long since Clean With Passion for Now ended, but it’s always nice to see Yoon Kyun-sang on the screen. Not all of his shows were big hits, but I really admire his continuing growth as an actor and how he always chooses different genres and different types of characters.

Writing for the drama is Jang Hong-chul and directing will be done by PD Sung Yong-il (Dr. Frost). OCN’s Mr. Ki Kan-je is currently being planned to air in July, and will be taking over the Wednesday-Thursday time slot after Rescue Me 2 concludes its run.

Yeeeeey,another new drama from one of my favorite stations aka OCN,till now OCN has hardly disappointed me so i hope this will be good...I'm curious if Lee Joon-young''s character is really a goodie goodie two shoes or he is a psycho in disguise....The general plot isin't something new and like always the clishe hero plot "for seeing the light and become a better guy" is there,i wanna see how they use the troupe...

Ohhhh I like Kyunsang in this kind of genre better. I think I'll watch.

Yoon kyun sang and Lee Junyoung in one drama will be awesome! YKS is so soft and his last drama wasn't so amazing but i want to see him in this. Can't wait ☺

I guess I'll watch it maybe

Thanks for this interesting casting news, @tccolb! I'm tickled at the prospect of Yoon Kyun-sang in a thriller -- as an undercover lawyer posing as a substitute teacher no less. I wonder what subject he'll be teaching?

I enjoyed Geum Sae-rok's performance in MARRY ME NOW? -- especially when she was driving her twin brother Yeo Hoi-hyun and chaebol soon-to-be stepbrother Kim Kwon off their rockers.

OCN? I'm in and will definitely watch this one.
OCN never fails to deliver top notch dramas.
It helps if the cast is as good as this one.

Kyun-sang oppa is coming back so soon! Love, love, loveeee

I'm here for Yoon Kyun Sang and OCN combination 😆 It's always good to get a chance to see him in something new. As a lawyer and a teacher in one drama? It's a nice bonus ! 👍 Plus the fans finally can see him in a summer drama after years of watching him in autumn-winter dramas 🤣

I have only seen Jun in Buamdong. He's good and I like him. It's another student role from him but I hope he will deliver something new, a twisted character would be nice 😉 although I hope it won't be too predictable

I have only seen some clips from Geum Sae Rok in Marry Me Now and Fiery Priest, I admit this girl can do a cool high kick 💪😆

Yoon kyun sang all the way

I just found out this drama will be almost entirely shot at my son's international school, TCIS. This is the same school they used for Heirs and some parts of Sassy Go Go.