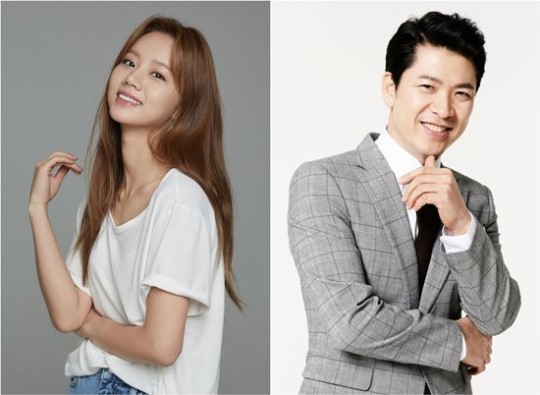 The drama is an underdog office comedy story about a rank and file employee who suddenly becomes the CEO overnight. The company is on the brink of disaster and the new CEO who must address the disorderly staff and somehow save the business.

Playing the lead role is Hyeri, whose character’s name is Lee Seon-shim. Lacking credentials and experience, finding a job had not been easy for her. But when she is finally hired by her current company, she’s relegated to running errands and is treated poorly by the staff. For instance, everyone simply calls her “Miss Lee” rather than bothering to learn her full name. Still, she has an optimistic and sunny spirit which helps her to persevere. When she’s suddenly crowned the new CEO, this same energy propels her to rise to the occasion–and devises a radical plan that might very well save the company.

Kim Sang-kyung plays the role of Yoo Jin-wook, one of the company’s directors. He was once passionate about his job, but became jaded by life and is a realist by nature. Rather than seeing employees as people, he cares about numbers and results. Due to the pressure that he puts on his staff, he has a reputation of being a “human pressurizer.” But when he sees Lee Seon-shim fighting against the odds as the new CEO, Yoo Jin-wook starts to feel compelled to help and takes on an advisory and mentor role. Although he continues to be blunt and harsh in his advice, he challenges Lee Seon-shim and she grows above and beyond the expectations of others and herself.

Writing for the drama is Park Jung-hwa and directing will be done by PD Han Dong-hwa (Bad Guys: City of Evil, Police Unit 38).

I really like Kim Sang-kyung, and I love underdog stories and comedies. But I do feel that Hyeri has been very limited as an actor in her past projects – even though she was likeable in Answer Me 1988.  Hopefully, she’ll be like her character in this drama and rise above expectations.

tvN’s upcoming comedy Miss Lee is currently being planned to air in the latter half of 2019.

Other than YJG as the mad king, Kim Sang-kyung was the best part about TCC. He made me a fan. Hyeri can be really charming, and this sounds like the perfect role for her.

I was worried that they were going to throw a loveline at us between these two, so whew. But how cool would it be if there wasn't a main romance, and the mentorship/mentee will be the OTP? PLEASE SAY YES.

AHHH finally another drama for Hyeri. In a few weeks Minah's drama will start and now a new drama for Hyer, I'm really happy Girl's Day members are starting to make their acting career. I'm excited for both dramas

Hyeri would never learn her lesson. She just accepts roles without getting trained on how to act well. I hope she would just stop acting until she learn how to act🙃

Kim Sang-kyung was over the top hilarious in "What Happens to My Family" with the lovely Kim Hyun-joo.
I'm not a fan of Hyeri's acting but Kim is a strong actor and can easily one man a drama.

Kim Sang Kyung in another drama already?? Yessss.
Hyeri? No.

It cracks me up that his new role reminds me of his role in The Crowned Clown. Both involve helping the lead and advising them of the tasks surrounding their position.

I like Kim Sang-kyung a lot and he is soooo great in comedy that i'm sure i'm gonna enjoy him in this one but like others i can't say i'm happy with the heroine mainly as i don't see Hyeri as a great actress as likable she is as a person(and i like her a lot)...Well,hope she will take this chance and prove me wrong and make me adore her...

And I need to work harder to let go of my internal biases because while reading the synopsis, I assumed Kim Sang-kyung would be the CEO. Maybe because dramaland rarely gives us female ones.

Can I be allowed to hope for some Misaeng vibes? Every underdog office drama makes me miss Jang Geu-rae a little too much.

I actually liked her in "entertainers" (unpopular opinion), and since it's been few years, I think she can do even a better job now.... so, I will pop out to watch this and see where it goes....

Girl is on a role!! She signed with a new agency AND confirmed a drama all in the same week!!!

Until she strengthens her acting chops I think these kind of roles are perfect for her. She does have the tendency to over-act but she has this charm and ability to not care about her image that weirdly works for lighter kdrama fare. Kim Sang-Kyung is just hilarious and a pleasure to watch on screen.

ok i hope no romantic feelings lmao my first instinct was HOW OLD IS HE...

I thought this girl had finally stopped acting, after ruining a perfectly good show like "Entertainer". I was wrong (sigh).