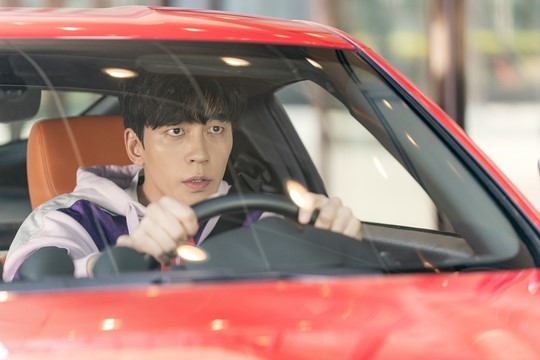 I always appreciate it when a drama features a truly strange character, and I have a feeling this drama will give us two. KBS’s upcoming fantasy rom-com Perfume has released several stills of leads Shin Sung-rok (An Empress’s Dignity) and Go Won-hee (Your House Helper), who will play a designer allergic to the world and an up-and-coming rookie model who moonlights as a housekeeper.

I remember when this show was first announced a few months back the story involved a fountain of youth-like perfume that gave a housewife back her youth. The most recent synopsis makes the female lead’s transformation sound much more dramatic, describing her as having “returned from hell” to become the hottest rising star in the model world. She might be the talented rookie, but as we can see from the stills, Go Won-hee is roughing it in a park at night, pulling a newspaper over her for warmth like all homeless people do.

Thankfully, she seems like the spunky type. Or maybe desperate times call for desperate measures. In any case, several of the stills show her throwing herself in front of Shin Sung-rok’s car, which is pretty ballsy given that they’ve never met and he’s known to be the prickliest designer in Korea. Honestly, I tend to roll my eyes at the prickly creative types, but after reading Shin Sung-rok’s character description, I would be pretty sensitive too: The designer, who is undergoing a bit of a creative dry spell when we first meet him, has a record 52 phobias and 35 allergies. He tells himself that god was jealous of him and gave him all these phobias and allergies as punishment, which says something about his character, namely that he’s an odd one.

I love a good fantasy rom-com, and it will be especially interesting to see how Shin Sung-rok fares in a non-villainous romantic role, so I look forward to the KBS show. Perfume will premiere on June 3. 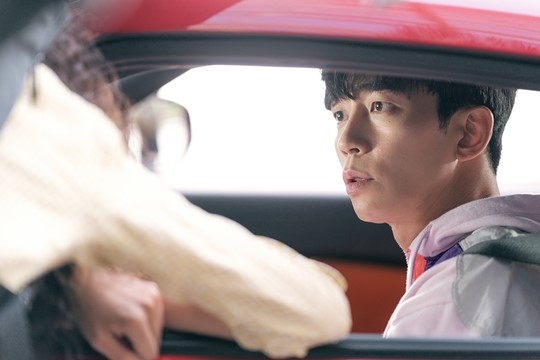 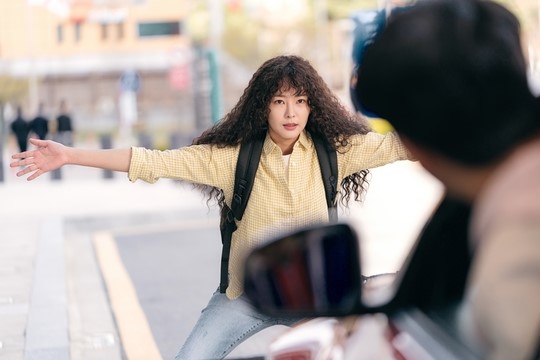 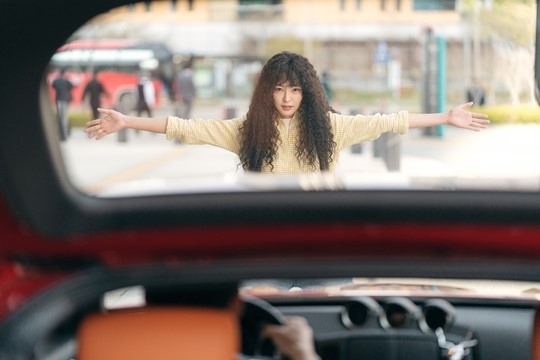 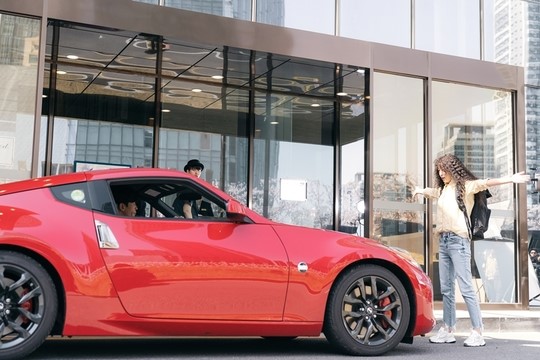 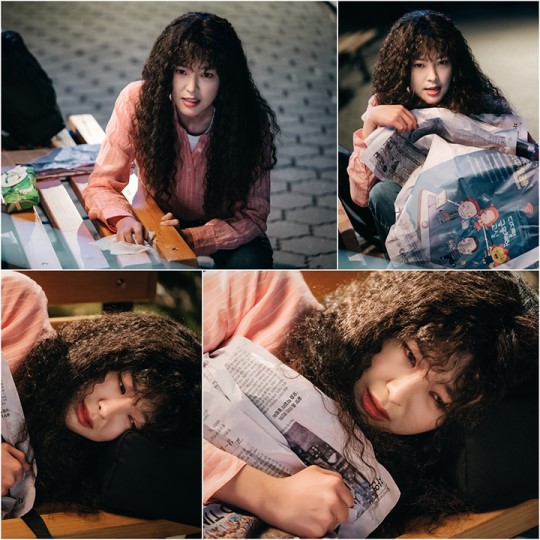 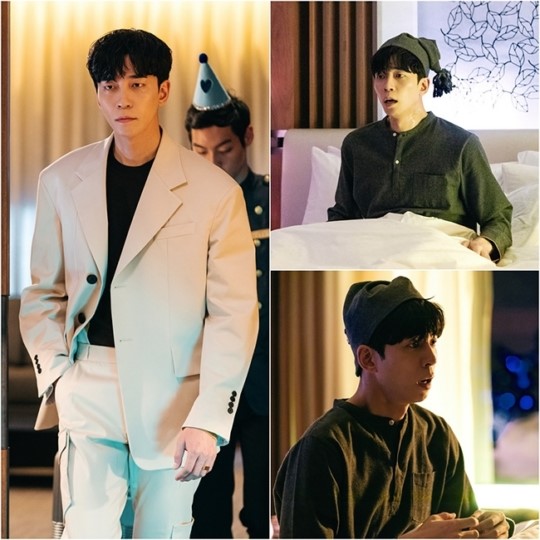 I predict this will be my favorite drama of 2019. If I fell in love with Shin Sung Rok's villain in The Last Empress, I can't imagine how awesome he'll be as the protagonist (finally!).

Oh no, homeless Go Won Hee and that hair. I pray the perm disappears after the first episode.

That hair needs to go, indeed..

I was about to ask if she would appear in the drama til the end with that hair.....

In kdramas, curly hair usually means a person who is struggling/unhappy/poor/unloved and when any or all of these change, the hair becomes beautifully straight. As a curly haired person, it bugs me!

I don't understand why people who are poor so often have permed curly hair. If they're struggling so much, why are they wasting their money on perms?

"which says something about his character, namely that he’s an odd one"

Truthfully, I'm not anticipating much for this drama, but I have a soft spot for oddballs and a soft spot for Shin Sun Rok, so I guess I have to watch. (please be good, or not terrible)

I have been waiting for Shin Sung Rok to play the romantic lead. He plays a wicked villain, so let's see if he can fall on the positive side of the equation with equal skill.

Love the red car. Hate the wig.
@katakwasabi are you ready for this?

Shin Sung-rok being odd. He can totally do that and I'm looking forward to it!

So excited over this. He needs to get the girl this time. He's earned it.

I am excited! I have a really soft spot for SSR~ I hope all the best for him and the rest of the cast! I assume they are on a tight schedule, the cast was confirmed in April, they started filming soon after. Excited to see oddball SSR who sleeps in pyjamas and a matching hat. Hah!

*goes back to hiding...will return in June 🤣*

I already adore his style!!!!

That hair look just like the mop i bought this morning..

Okay, that earned my whiskey laugh.

Until now, Ebenezer Scrooge was the first fictional character I thought of who wore a nightcap. Must watch just for that fact and I'm curious to see how he'll portray the life and work of a designer.

You had me at SSR because my love of RH took me completely by surprise (I fought long and hard and I think we were all made insane by the H of his R). But I will stay for SSR's night cap. It is quite fetching.

FINALLY Shin Sung-rok is getting a leading role! I will literally watch the man do ANYTHING following An Empress's Dignity. Can't wait!!!

im sorry lol wow i would like this if he wasn't 12 years older than her. like my brain is just...this is absurd. i really like him lol maybe i can get over my annoyance since it looks okay

Hah! The same reservations I had when the first casting news came out. I was hoping for someone older, more matured to be his partner. But the initial characterization calls for a young actress counterpart since she turns from old to young with a magic perfume. On the bright side, GWH is a good actress.

Besides, SSR's character might be 30 years old anyways. Lol. Not really convincing as a 30 yo. But lets roll with it. Emperor Lee Hyuk was 30 yo too. Hahahahaha 🤣

I read GWH's character also has a daughter who might be in high school.

Just hoping it wont get messy with a bizzare love story ala The Best Hit. That was some weird son-dad relationship 🤣.

i honestly could buy he's 30 i guess because 36 is like smack-dab in the middle. i just turned 27 so maybe i have no clue what anyone's age looks like.

that's good she's a good actress, thank god ! i rly dislike that disparity in ages that's so often in acting but one must deal. he's got a really visually interesting face!!!

also oh god i remember that show ! it sounded convoluted (never watched tho..)

I wonder if the writers will sneak in a musical scene for Shin Sung-rok? Wouldn't that be a treat - this guy has great pipes.