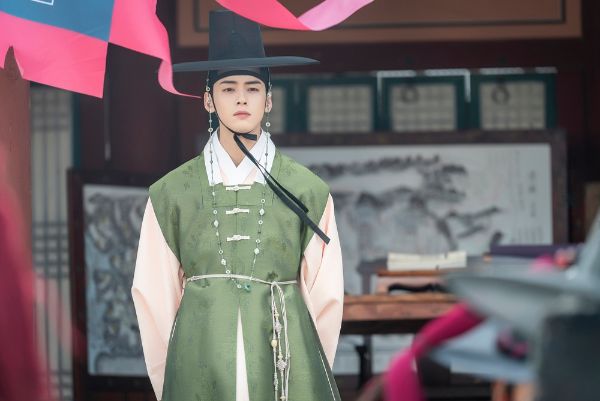 Dang, this boy is pretty! I am very much a fan of flower boys in hanboks, and my eyes have received a blessing today. Cha Eun-woo’s (My ID is Gangnam Beauty) latest still cuts from upcoming drama Rookie Historian Gu Hae-ryung show different aspects of his character, Prince Yi Rim who is second in line for the throne.

Due to the dangers of his birthright, he’s been cloistered away from the outside world, and hidden from the sight of anyone who might harm him in the isolated depths of the palace. Thus, he’s lived a lonely, sheltered life, and because his only way to communicate with the outside world were words, he begins writing. And thus, his secret double life as a popular romantic novelist begins, despite the fact that he is a “motae solo,” meaning single since birth.

Shin Se-kyung (Black Knight) plays the titular character Gu Hae-ryung, who is the first woman historian in Joseon. She’s a bit of a troublemaker, and the drama will chronicle her romantic adventures with the prince as he ventures into the outside world. They will be joined by supporting actors Park Ki-woong (Return), Lee Ji-hoon (Your House Helper), Park Ji-hyun (Dear My Room), Kim Yeo-jin (My Strange Hero), Choi Deok-moon (Doctor Prisoner), and Sung Ji-roo (Hwayugi). 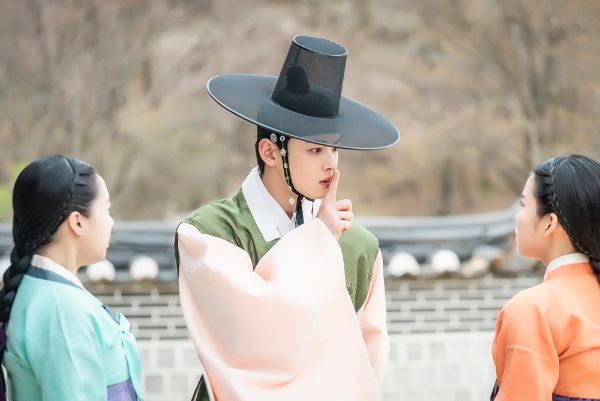 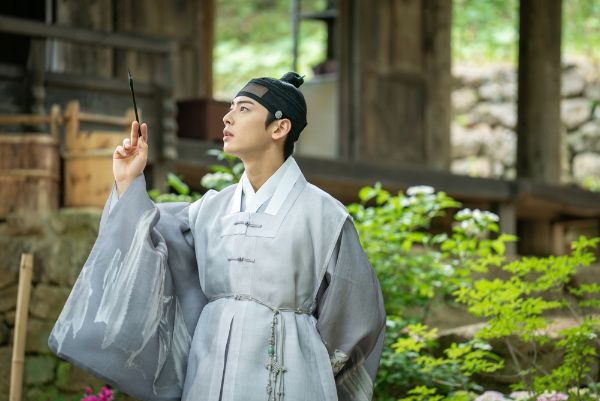 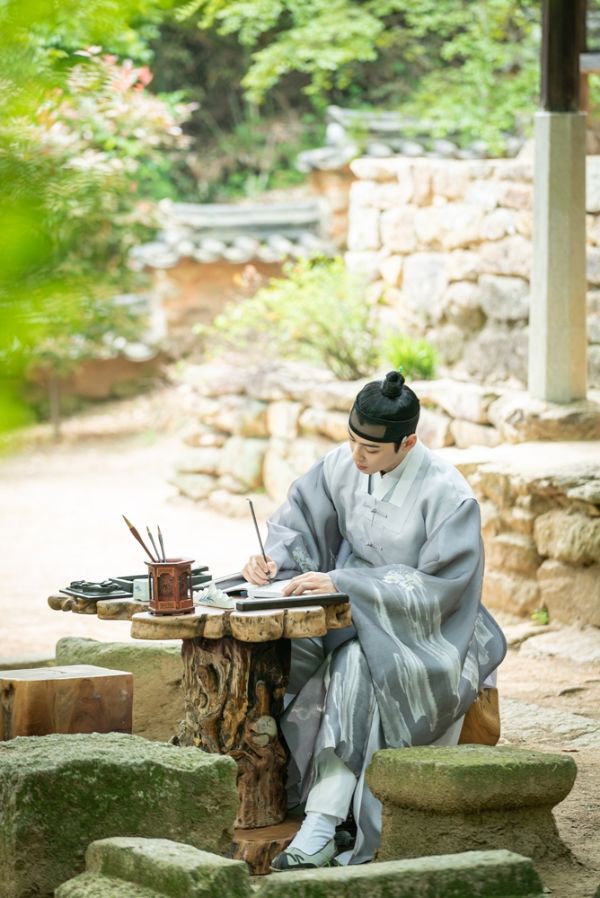 This looks so fun and these stills are beautiful.
Though I enjoyed My ID I found his acting stiff and almost....strained. I am a bit worried about that.

I think I've only seen her in My Little Bride. While I didnt like it I think I found her charming.

(me forgetting to add the third one lol)

Looked like he was having fun. Maybe comedy is more his style.

i don't like most idol actors (as actors) and i don't think they are encouraged to explore the craft which is so frustrating to watch. but at the same time the only only thing i saw him in was ID as well and his character was uh terrible lol. so not much to work with. i'm not usually this lenient with my comments on acting and filmmaking but i am trying to give people more chances....we shall see. she is charming for sure.

I agree. It's hard to make an impression of good acting while portraying a character like that(if you've read the webtoon, he's one of those characters that you wonder if they're human or robot...lol), without the experience and nuance needed.

i wonder if he would be different with a more adept actor...probably tbh but his character was just so perplexing and bizarre lmao

Cha eunwoo isn't usually the type I obsess over especially when it comes to actors, but maaan I have such a weak spot for him. I've been obsessed ever since I saw him in The Best Hit, which I initially checked out for cha tae hyun and lee se young.

He isn't my type either, but he was great in Best Hit. I haven't seen him in anything else yet. This looks like it might be good!

This boy is hands down the prettiest of his generation, but between Cha Eun-woo and Shin Se-kyung's wooden acting, this drama will be pretty and not much else.

I expect Park Ki Woong to play an antagonist, a psycho character or just someone bad. If not, he could take the Shin Sung Ruk way and finally play someone charming. It will be my second sageuk with Lee Ji Hoon so I'm excited to see him act in a lighter drama. I hope he will have a comedic character, he's good at it.

She's not bad in tree with deep roots. Give her another chance, maybe she's better in sageuk than romcom.

Shin Se Kyun is better in saguek than modern drama for me. I like her in some roles :)

For Cha Eun Woo, I like him in The Best Hit, in Gangnam Beauty even if at the end I think he could make his character softer, and in Top Management, I think he did better than Ahn Hyo Seop who was the lead and was meh during all the drama. Now, sageuks are different, so I'm curious how he will handle it.

I hope this will be a fluffy drama till the end since I think Cha Eun Woo fare batter in bright lighter character. I still think Best Hit is his best work XD..
SSK usually better in sageuk so I hope this will turn out ok...
especially since I promise to watch at least the first 4 eps.. lmao

Sounds like a nice show. I do want Shin to channel more of her comedic chops. She was so charming in Girl Who Sees Smells.

Cha Eun Woo is quite charming too, imo. I've only watched clips of Best Hit and thought he was quite funny. I liked him as the prickly pear love interest of Kang Mirae in ID too. Saeguk Land is a different beast but he dedinitely looks princely.

She worked with the same writers for all 3 of those sageuks. Not only that but with top actors like Han Suk-kyu (TWDR), Kim Myung-min (SFD),Go Hyun-jung(QSD) etc.

I’ve seen all the sageuks she was in but when it comes to acting, she was sadly forgettable.

Yep, exactly my concerns. kim and park kinda did the heavy lifting by writing good characters for her. People seemed to like her in a more bubbly role in girl who sees smells(which i never watched), so we shall see. The writer for this one is interesting since their previous(and only?) work was solomon's perjury, which was very good and a very different drama from this one, lol.

yea her personality and who she is known as irl is a lot easier to eclipse her acting LOL. also that...is so promising. i adore that drama

he looks alive here as in like.. a personality to play with lol. i love shin se kyung. she's not an incredibly Thespian but she's so bright. can't wait to learn abt first female historian! hope this is rly good and fun and full of information~

I like her acting it may not be extraordinary but it isn't as bad as people say. She has her own charms and she is incredibly pretty. I find her beauty is extremely understated.

shes been described as a genuinely wonderful person and her youtube videos are so cute. she also was close with one of my fav singers she rly is a joy! i dont think she's too bad either. there are worse.

Drop a note if you ever find out! Meanwhile I'll just be here swooning!

I’m kind of looking forward to seeing this, even if it’s just pretty to look at. 😉