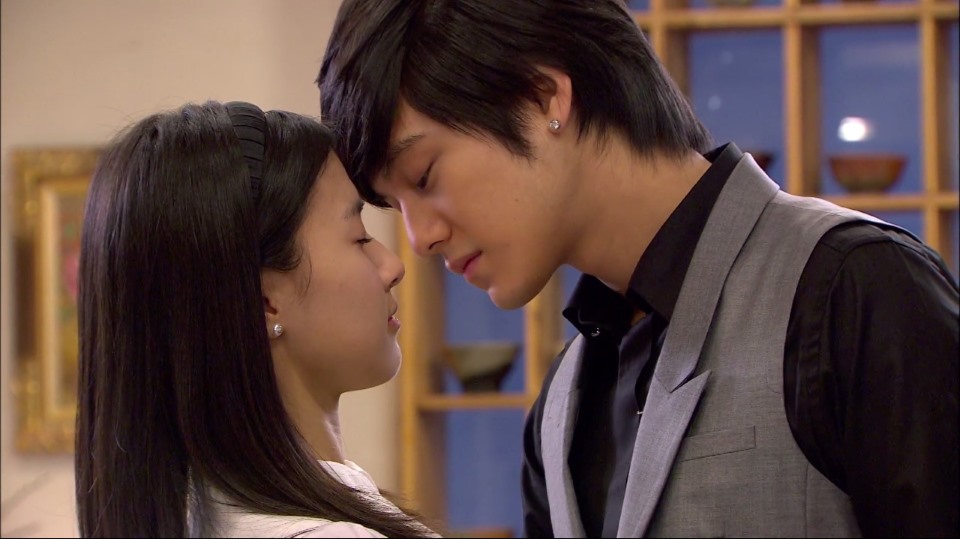 The year was 2009. I had finished Boys Before Flowers and was still wallowing in the sweet, but kind of open-ended (read: non-skinship) ending that was bestowed upon So Yi-jung and Chu Ga-eul. Granted, the coupling had briefly extended beyond the series, through flip phone and porridge shop endorsements, but how else could I keep the memory of “So-Eul” alive?

What else was a fangirl to do, other than to create her own little world in which her favorite couple could continue to live and love together (along with an occasional lovers’ tiff or two)? So I turned to fan fiction, but part of the joy of writing fan fiction is sharing it with fellow fans. Imagine my delight when one day I chanced across “Lovers Unparalleled” – a fanfic community dedicated to the Boys Before Flowers, Hana Yori Dango, and Meteor Garden versions of So-Eul. I started to contribute my stories, and was pleased to read reviews and feedback by the regulars on LU (as we called it). Thanks to a handy feature on the site, we could also leave messages to fellow members, just to say hi.

Slowly but surely, the So-Eulmates within the LU community became familiar names to me, and I to them. That familiarity kicked off conversations that lasted late into the night. We’d share storylines and theories about our dear So-Eul couple, and how they’d continue to live on in our alternate universes. We would also share news about the actors who immortalized the pairing, Kim Bum and Kim So-eun. (The uproar back then when we found out that Kim Bum was to romance nuna Park Jin-hee in The Woman Who Still Wants to Marry!) We’d also wonder whether the actors were still in touch with each other. With some of the So-Eulmates I’d become close to, we even took the conversations off-site and became email buddies and Facebook friends!

But all good things must come to an end, and such was the case with our beloved LU community. The site faced a few issues and moved from host to host (before finally finding a a new home onTumblr), but somehow the other incarnations of it just didn’t feel like home. Many of our stories found refuge on other sites, and it’s heartening to see that there are readers who still enjoy delving into the alternate lives of So Yi-jung and Chu Ga-eul, and help keep their memory alive.

Time passes and people move on. But with the LU members I’m still in touch with, we continue to marvel at how this drama couple sparked our friendships. Indeed, So-Eul will always have a special place in my fangirl heart–after all, once a So-Eulmate, always a So-Eulmate.

This piece is dedicated to my fellow LU writers and So-Eul fans. To all the beautiful people who worked to keep LU alive, thank you for the fun and your friendship, for sharing the So-Eul love, and for keeping the couple alive through your imagination! 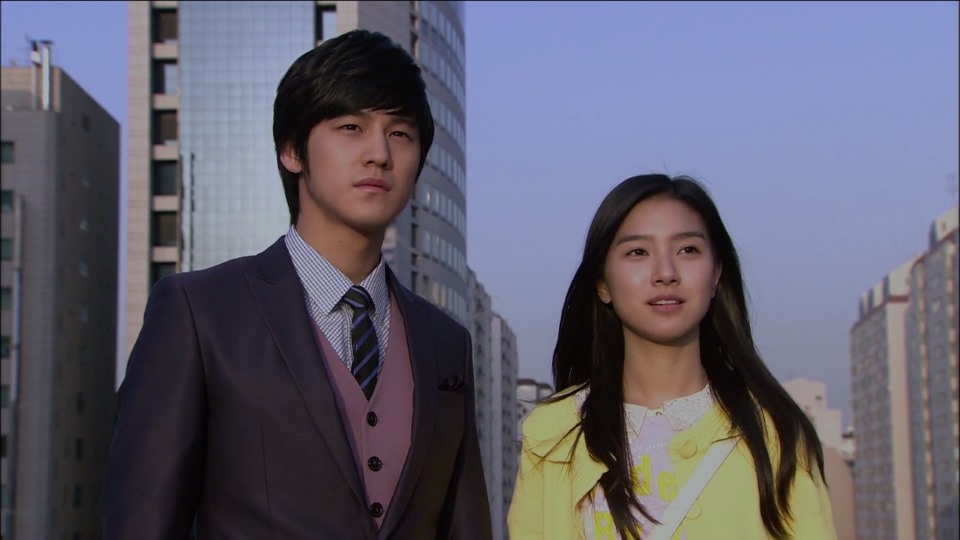 Wow, your post makes me remember the website https://givemeslippers.wordpress.com, which is not totally a fan fic site, but a place to crash and keep analysing the masterpiece My Ajusshi was, is and will ever be.
For those who love My Ajusshi as much as me, I will take the freedom to invite you to visit. I didn't contribute with even one piece of writing, but I think I read it all 😅
It gave me the same sensation you are talking about with LU, and it is wonderful to have such a community, keeping your beloved characters and friends alive. 😍🤗☺

LOL die hard fan... same here. I have like: "hotel Luna" not in a million years... I love IU, but nothing el ever be better than My Ajusshi, except maybe part two... I will rewatch... that's it.

Tbh I’m considering having a 나의 아저씨 tattoo right after getting a F.R.I.E.N.D.S one^^ that’s all I can do to show my loyalty to my two fav shows

thanks @javinne! yes, am familiar with GMS as they'd contributed some pieces to KDL previously (like this one). they are really passionate about the show and it's awesome that they still continue to fuel the site! it is lovely to have such a community. thanks for sharing :)

i didn't know such a place existed. thank you

Thank you, @javinne. There were just so many layers and gems hidden in My Ajusshi that fans have unearthed during the airing that we simply couldn't bear the thought of them disappearing into the internet black hole.

Hi @michh! Those were amazing times! I miss the heady days of My Ajusshi!

Also, I meant to include that more than a few fans from My Ajusshi community had made pilgrimage to the shooting locations, and your excellent blog was an invaluable resource. :)

really! wow! that's wonderful to hear :) glad to have been of help! which locations were the most popular?

@michh, I think fans like the rail tracks the most.

Thank you very much for sharing!

Omg! I saw So Eul thumbnail on twitter and clicked this article. So happy knowing that I wasn't alone in loving this couple. Thanks for sharing!
Have you watched the mini drama fan edit "Moirai" on youtube? Its a collab of Kim Bum's and Kim So Eun's drama. You should watch also the "Love is.." mini drama fan edit. They brought my SoEul couple alive again thru their videos.

hello! yes yes i was SO impressed by Moirai back in the day. the team that made it was so amazing! 'Love Is...' was also fun to watch too :) ah, those bring back so many memories! thanks for sharing, hehe.

Haha... I was a fan of the pairing, too. I would sometimes imagine how their lives would continue after the drama ended, and I still have a soft spot for the couple.

you can take a look at their alternative lives here :)

Thank you for the link! I used to read so many of their fanfics. Now I can get back to the world of Soeulmate!

I am also a So-Eulmates. So happy to read this after 10 years has passed. I still enjoy reading fanfic now, after LU dissapeared some of fans made Simply-Love, but that site also gone now. I miss reading great fanfics writen by great authors. I hope we can share some saved fanfics. Thank you for sharing. 🤗🤗🤗

thank you so much fellow Soeulmate! <3 you can probably find some familiar reads here :)

I knew many fell for So Yi-jung and Chu Ga-eul (and some cared about these two more than the main couple, “like me”) but I never knew there could be more.
Now I’m kinda mad at myself and need all those So-Eul related fan made storylines and theories RN🥺

hi @marina! don't be mad at yourself >.< SoEul really still live on through fanfiction, which you can find here! let me know if you need recommendations :)

thanks to the DB team for publishing my piece! glad to be able to show appreciation where it's due :) the personal shoutouts i'd left in my piece were (understandably) edited out, most likely for conciseness, so here they are again, unabridged:

How in the world do you remember everyone?

Peeps!! hello :) i thought i'd seen you somewhere here on DB. nice to see a familiar name! and haha - i remember some but not all, but i'd saved some of my LU fics with the comments, so i'd referred to it when i was writing the dedication. and noooo why blunder years :( those days were fun heh.

I getting emotions just seeing all those usernames again. Thank you so much for writing this.

the pleasure is all mine ♥♥♥

Hi. Loved your piece! I was reminiscing today and I saw this. LU was truly a place I met kind internet friends. Haha. My username there was Teezia, tried to write my own fanfic too. Good times, good times.

aww thank you @tishmal! sorry for the late reply. those were really good times and i do think about them occasionally too >.<

I thought I was the only beanie who read fanfic about this OTP (Myrielle's stories on ffnet were my fave)! wow this post really brings me back to those days. Truly one of the most iconic ships in dramaland!

certainly not the only one, @autumnlights! glad to see another Soeulmate here ♥ Myrielle was an inspiration for so many Soeul writers! i love her stories too :) #soeul10eva

@michh congratulations on being published (again)! I was heavily in favor of this pairing all the way back to Meteor Garden, but I had no idea there was a community of fans so committed to it! It's good to see them together again here 😁

thank you dear @bbstl! yes, the Soeulmate movement was pretty passionate :) more so than the other couplings actually! and we're proud of it too <3

I bailed on BOF when I saw that she wouldn't end up with Ji Hu ( I knew nothing of second leads then). I liked the So-Eul couple. How did it end for them?

haha - i was a Lee Min-ho fan before i jumped ship to Kim Bum and the SoEul couple :) thankfully i did too!

you can take a look at the DB recap for BOF's last ep here to read how it ends for them (though i did elude to it slightly in my opening para) :) and maybe check out the recaps for a few eps before that! you can also take a look at the links above (esp the cellphone commercial) for a semi-'epilogue' to their love story - though with PPL haha. hope that helps, @thatstp!

Oh man, this takes me back. I never did fanfic, but I did make fake movie posters at one time: https://theedqueen.livejournal.com/2888.html

I LOVE THESE OMG!!! how have i not seen these before??? and so great that you still have your LJ up, hehe :)

Where has Kim Bum been lately? Have i missed him in any dramas?

hmm! not likely.. haven't heard about him in any recent castings >.< but it is his birthday on July 7th! his Instagram is @k.kbeom :)

aww! i hope my piece brought back some nice memories of us :)

Do you know where I can possibly get some fanfics from LU?

I'd really love to read them again

you may find some familiar names here: https://www.fanfiction.net/tv/Boys-Before-Flowers-%EA%BD%83%EB%B3%B4%EB%8B%A4-%EB%82%A8%EC%9E%90/ (but some authors haven't updated their stories in a while! you may have to scroll back a few years to find familiar names like Myrielle, Ruby, MoonlightSonata... if i remember correctly)

I was able to meet a lot of people because of SoEul. I get emotional remembering Lover's Unparalleled. It really was home. The Chatango group convos (hearing the pings), checking the fic updates, the fan projects.

oh hello!! your name looks really familiar! i think i remember you from LU :) good to see you here. and yes - it was a wonderful time we had there.