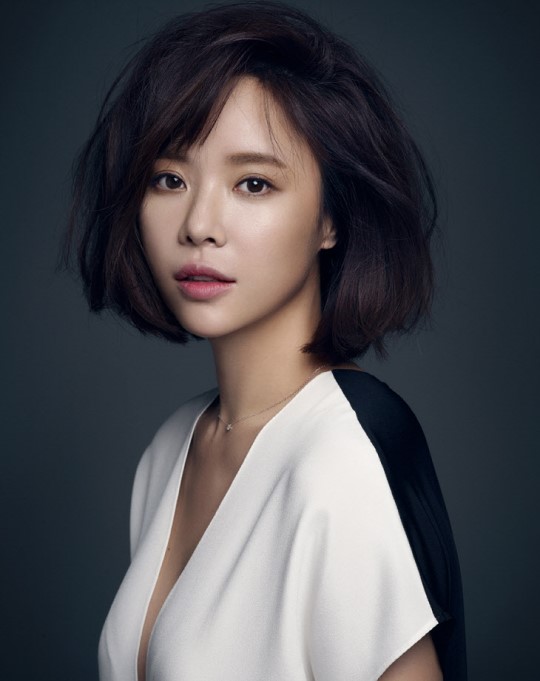 Next up in this year’s trend of fantasy dramas is JTBC’s Two Tops Pocha, in which actors Hwang Jung-eum (Handsome Guy and Jung-eum) and Yook Sung-jae (The Lonely Shining Goblin) are both considering lead roles.

The drama is an adaptation of a popular webtoon by the same name, which was written and illustrated by Bae Hye-soo. It was awarded the Excellence Prize at the Korea Manhwa Contents Awards in 2017 and praised for its humorous take on young people and their challenges in life.

The story is set around a late-night pocha (food cart) which mysteriously appears in strange places, existing somewhere in-between the mortal and spiritual realms.

The name of the pocha comes from the owner’s business approach. Although customers often complain about her rudeness and peculiarity, her response is always the same. “In this place, there is no other. Everyone has equal status here. You are the top dog and I am at the top dog as well.”

Attracting all sorts of customers each night, they each share personal vignettes about their life’s struggles or day-to-day events. Together, these tales create an omnibus style story within the larger setting of the pocha. At its core, the drama is about the warmth and comfort that can be found with food and people.

It’s been a while since both Hwang Jung-eum and Yook Sung-jae last appeared in a drama, so it would be nice to see them both back in dramaland. I skimmed through some of the chapters of the webtoon and the illustration style is really striking, the use of color in particular. I’m curious to see how the director translates this into a drama format. It sounds like an interesting project so hopefully both actors accept! 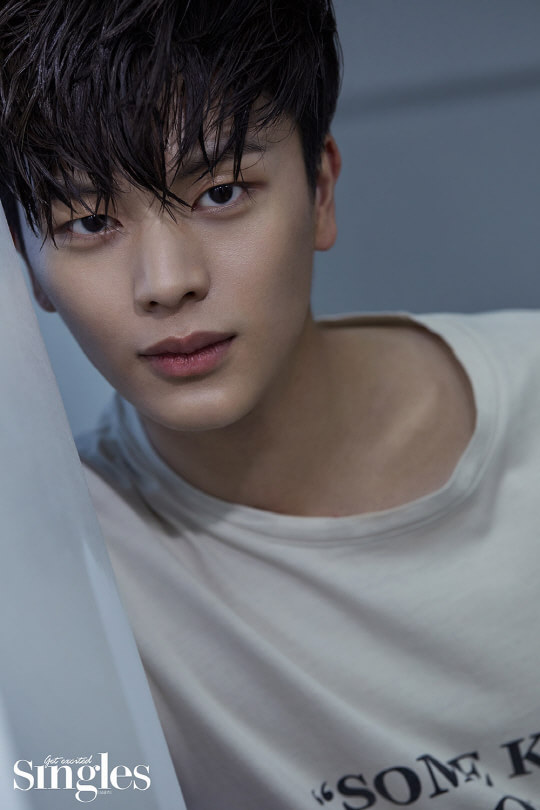 And I miss Yook Sung-jae. I hate the way Hwang acts in comedies, but she's great in melo, so I'm hopeful.

Hwang Jung-eum looks so beautiful in that photo. I've never seen her look like that in a drama.

Poor Hwang Jung-eum seems to have the worst hair-styles in all the dramas I've seen her in. She is beautiful but her hair-styles don't do her any favors.

Agree. Her fashion was truly horrible in Lucky Romance. Nothing could save that drama.

Wow, this definitely isn’t a pairing I saw coming. The premise sounds nice and lowkey, though, which is not the usual vibe that fantasy dramas give off! It reminds me of the Japanese drama Midnight Diner, although I’ve never seen it.

This also reminds me another understated gem of JTBC: Kimchi Family that has an overarching plot but with episodic stories of how food heals and bring people together.

It looks interesting.
And it’s great to have HJE back. All I wish for her is a better makeup artist than the ones she had in The Undateables and She Was Pretty! I no longer can take half red half discolored lips!

Heh~ I haven't read the webtoon but I can totally see her as a nagging, all-knowing food cart goddess. I wonder what role Yook Sung-jae will play? Can't it be another divine being who interferes with human lives?

I'm not really into dramas like this so will probably pass. I'm also not a fan of Hwang Jung-eum even though she has been in one of my favorite dramas (Kill Me, Heal Me). She tends to overact like crazy and is just too much. When she is serious she does a really good job, but comedies she tends to be a shrieking mess.

If this is an omnibus type series, what role will Yook Sung-jae play? I've only seen him in Goblin but did really like him in it.

Sung-jae was really good in Who Are You: School 2015. He stole the show and lots of beanie hearts too.

🤔 I like him, but I find her annoying. She tends to over act🤨

I dropped She Was Pretty because of her😔

Count me in! I ma ready!

Interesting concept, but I'm not a fan of Hwang Jung-eum. Since it doesn't sound like a comedy, maybe she'll be more toned-down, in which case I might try it. *goes in search of the webtoon*

I don't think it's been a while that HJE appeared in a drama. She was in undateables recently which we have forgotten because it was bad and most likely dropped by most lol.
I don't want to see HJE in a Rom com for another 10 years. She should do mellow dramas like Secret again. I dont hate her. I have actually seen most of her dramas. I am just tired of her screeching. Also her partners are always good actors but the last time she had chemistry was with PSJ in she was pretty. Its sad because with NGM it was a reunion in undundateables. Idk if the drama will have romance but for now I hope not since this doesn't seem to be a noona romance like pretty noona or I hear your voice. But more a slice of life drama. For now I'm getting siblings or aunt/nephew vibes from them.

I love Hwang Jung-eum! And in a drama about food! I'm in!

I read the beginning of the webtoon and it looks like the drama is a food porn with life philosophy.
The owner of the pocha is a mysterious hanbok-clad woman who offers valuable advice while keeping a neutral face and a witty front.
There was another character who is in cahoots with the pocha owner, and I think his role was to bring out punishment to those who have wronged the pocha patrons. He is definitely not human because he managed to get in the houses of the offenders. He's an ahjussi, but then I wouldn't mind Sungjae taking his role after his stint in Goblin.

No! Not Hwang Jung-eum, please!! Her acting is so over the top. All her dramas become annoying and hard to watch. I barely could watch She was pretty and Kill me Heal me.

Err...Hwang Jung Eum was just recently in The Undateables, so it hasn't been a while. In fact, it's too soon. Ooops...

Not Hwang Jung-Eum please. I can't finish all her rom-coms, too over the top, too dramatic, too much shrieking, squeaking, screaming and what-nots.

Please stay at home and have a baby every 10 months, stay married, stay happily married, please

All people have different taste so having this statement is a bit too much, coz there are people who still want to see her and I'm one of them, no one is holding a gun for you to watch a particular drama. So, please tone down the hate...because you are too much more than her.

Though I wasn't particularly fond of the series, Hwang Jung-eum appeared to be more mature and grounded in her last series 'The Undateables'. Much less of a spaz (to use a crude term) compared to 'Luck Romance' and 'She was pretty'. Ms. Hwang deserves a decent grown-up role where she isn't acting like a ditz.

no, I love Sung-jae, but have haaated all of Hwang Jung-eum's shows :(

I really reallu miss her to be honest. I hope whatever drama she decides on, it'll be a success. Better if its a melodrama.

I love Yook Sung Jae a lot. But I just can't stand Hwang Jung Eum.
Sorry, pass for me.

Ok let me qualify - if there is ABSOLUTELY no love line and its a Noona Dongseng in cahoots and up to hijinks - then - OK.
I just cannot see Sungjae (the little brat - and I say that full of love and fondness for the boy) in any other relationship with HJE.

damn these comments... i honestly find HJE fine. I hope she accepts.

Eh. I'm like with the 51% crowd here. I loved YSJ in Goblin but I didn't particularly like HJE with her comedic acts. I haven't really seen her in any melos so I don't know much about that, but I liked her serious acting in Kill Me Heal Me. So.... Overall this is a meh for me? Which is sad because the premise does sound pretty interesting too T-T

Try Secret Love, that was a melo and a brilliant drama to boot, Ji Sung and HJE are superb in that one.

I love hwang Jung eum very much,no matter what happen I will be her fan forever...