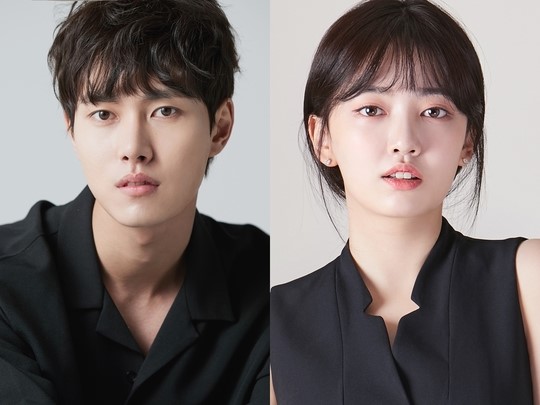 Actors Lee Tae-ri (Beauty Inside) – who previously went by the name Lee Min-ho – and rookie Kim Ji-in (Just One Bite) have confirmed casting for a new high school drama called A Day Found by Chance. The two will be taking on supporting roles and joining lead actor Kim Hye-yoon (SKY Castle).

The story is centered around Kim Hye-yoon’s character, a privileged high school student Eun Dan-oh who rebels against the life that was chosen for her. Instead of taking the easy (and pre-planned) route in life, she fights to protect what and who she loves.

Within the story, Lee Tae-ri plays a mysterious student whose real name, age, nationality and background are all unknown. He is instead known as “Jinmichae” (jinmichae is a banchan made from dried squid). The nickname coming from his penchant of always showing up when the cafeteria’s menu of the day includes jinmichae. Due to his good looks, he’s sometimes referred to as the unofficial fourth member to the school’s flower boy trio, who are called “A3.”

Kim Ji-in will play Kim Hye-yoon’s best friend, a character named Shin Sae-mi. She’s an heiress to the chaebol conglomerate SI Group, which is particularly famous for their department stores. Sae-mi and Dan-oh go way back, as the pair have been in school together since kindergarten. Although looks elegant and classy, she’s a bit of a busybody and holds court as the school’s gossip queen. The sky’s the limit for her self-esteem and her optimism but she’s pretty naive when it comes to matters of the heart. We’ll see that in action when she throws her energy into pursuing romance.

Writing for the drama are rookies Song Ha-young and In Ji-hye, with PD Kim Sang-hyub (The King Loves) directing.

High school drama A Day Found by Chance is currently set to air this coming September, and will be broadcasting in the Wednesday-Thursday timeslot on MBC.

Interesting. I stumbled upon the wiki page of this drama yesterday under the name of Ha-roo by chance. It’s based off a fantasy webtoon and the summary had me both scratching my head in confusion and somewhat interested.

I really liked Lee Tae-ri in Beauty Inside. But after seeing him as a competent secretary I am having a hard time imagining him as a high school student.

The plot sounds interesting so I'll definitely give this drama a go.

I'm sad that he changed his name only to be confused with another rising star from Chungmuro.

The synopsis of the original webtoon it's based on is super interesting! Basically the main female lead becomes self aware and finds out that she is actually in a comic and unable to control the storyline (because it's all planned and drawn out), but she strives to make changes behind the scenes, and other characters become self aware as well. The webtoon's name is July Found By Chance, really recommend! Some websites have it translated, but it's still ongoing.

I was waiting for Kim Ji In to be casted in a TV drama! She's doing a good job in web dramas and it's interesting to have a relatively new cast and staff team.

Ohhhh is this based on the webtoon July Found by Chance? The plot sounds the same.

If so I'm looking forward to it. Dan-Oh is a really refreshing female lead.

My word, he looks like a young Jae Hee