Sci-fi rom-com Welcome 2 Life is just over a month away from its premiere and the show has recently released stills of the cast and crew at the first script reading, which took place mid-May. Leads Rain (Sketch), Im Ji-yeon (Blow Breeze), and Kwak Shi-yang (Chicago Typewriter) were joined by supporting cast members Sohn Byung-ho (Haechi), Han Sang-jin (Haechi), Choi Phillip (A Pledge to God), Park Won-sang (Item), and Jang So-yeon (The Secret Life of My Secretary), among others.

Welcome 2 Life will follow Rain’s character, who is an infamous defense attorney in his own reality, but finds himself as an upright, by-the-book prosecutor when he somehow gets sucked into a parallel universe. Like most parallel-universe-sci-fi narratives, most of the characters all have their alternate counterparts, and Im Ji-yeon’s character will have one of the most dramatic differences, aside from Rain, of course.

In the first reality, where Rain plays a notoriously wily defense attorney, she will play a no-nonsense, tough detective who is understandably at odds with him. In the parallel universe, though, she will play a loving wife and mother to Rain’s child. I’m not completely sure whether she’ll still be a detective in the parallel universe, though I hope she is. In any case, it should make for some comical fish-out-of-water situations for Rain’s character, who will have to adjust to his work-nemesis becoming his doting wife. Kwak Shi-yang will play Im Ji-yeon’s police partner and mentor, who has a gruff demeanor and a temper but has a soft side for his female partner.

Welcome 2 Life will air on MBC’s Monday-Tuesday slot and will premiere in late July. 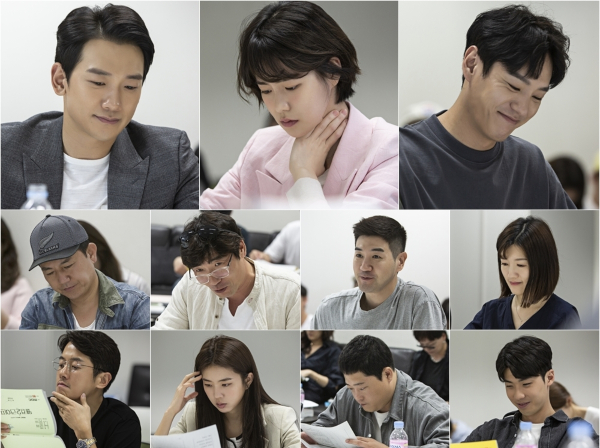 When will Kwak Si Yang get to star in a drama?h

I think he was the male lead in the musical drama Persevere, Goo Hae Ra or something. He was green and his character wasn't interesting from the little I remember.

He was, in "All is Well", a daily drama.
102 episodes I saw just because of him, something I strongly don't recomend.
She is quite average acting wise and has a very mature air around her, a mismatched otp.
The evil girl was the right amount of crazy, ver enjoyable to hate-wacht.

So looking forward to this one and I love both the 1st and the 2nd leads.

Rain's voice alone will have me watching.