Tied by tragedy and putting aside differences in OCN’s Watcher 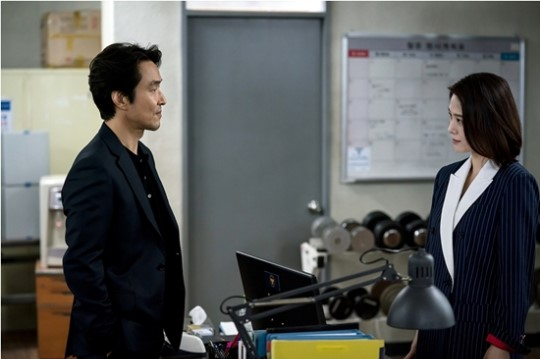 I’m going to be honest, I could probably watch Han Seok-kyu (Romantic Doctor, Teacher Kim) read a cookbook for a full drama’s worth of hours and be totally content. But to have him in a thriller with the director of Memories of the Alhambra and the writer of The Good Wife? I’m so there. Which is why I’m itching for July to start already so I can check out his upcoming OCN show Watcher.

The new stills feature our leads Han Seok-kyu, Kim Hyun-joo (Miracle That We Met), and Seo Kang-joon (The Third Charm), whose characters are all connected by a tragic incident. It’s not clear whether it’s this incident that results in all three joining the same internal investigations team, but these stills don’t suggest smooth sailing from the outset. Which is no wonder, since they’re from different, sometimes adversarial, divisions within law enforcement. While Han Seok-kyu is the detective-turned-team leader of the internal investigations team, Kim Hyun-joo joins as a notorious defense attorney known for her skillful negotiation tactics. Seo Kang-joon rounds out the trio as a police officer.

I can’t recall I’ve ever seen an internal investigations team as the heroes in a drama before. Generally, they’ve been depicted as high-handed cronies to the villains in these kinds of legal/political thrillers, so I’m eager to see an internal investigations department doing their actual jobs in a drama for once. And with Han Seok-kyu leading the charge, I feel pity for any corrupt cop or prosecutor who finds themselves on his radar. 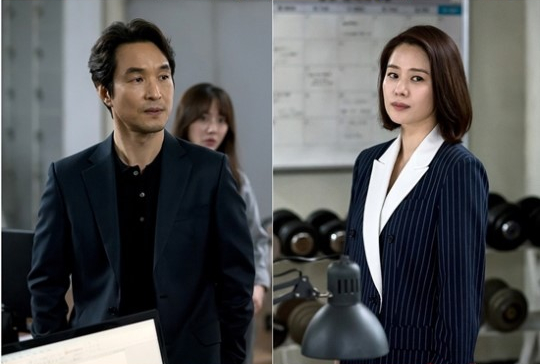 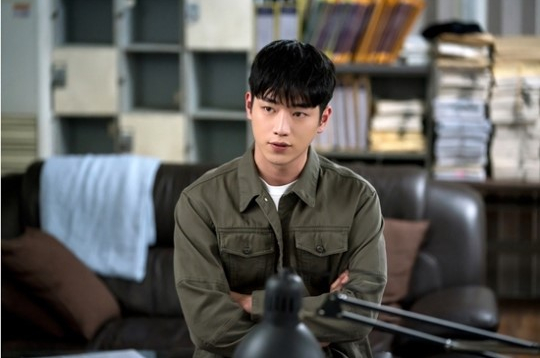 Han Seok-kyu <3.
I haven't liked his latest movies but I'm happy to see him in dramaland anytime.

I'm so hype up for this. Definitely will check out for my bias. 2019 is the year I didn't expect coming, with some of my bias come back on screen in a meaty genre, and these many decent - good drama coming out, several of them is yet I have to finish watching it.

I'm wondering if this drama will be short, aka less than 16 episode. Because they are just start filming one month before it's airing.

I'm soooo excited for this!!!!

Han Seok Kyo♥️ These days I’m watching Romantic Doctors and damn! This man is all I love to see.
Happy to see him again in a month.

Can July come sooner? Now I'm only praying that my drama provider will have this. I've just found out they don't have WWW, which I've been anticipating so much for Im So Jung. If they also don't have this one I will totally cry 😭

"I can’t recall I’ve ever seen an internal investigations team as the heroes in a drama before."

The ending of Confession?

Please put in a request to Viki here to license WATCHER:
https://vikiinc.wufoo.com/forms/title-request-form/

thanks for that link. just requested it!

The second pic of Seo Kang-joon could have been lifted out of THE THIRD CHARM where he played Police Team Leader On Joon-young.

Perhaps the appearance in this drama will be less pretty boy (or it's just my wishful thinking 😂😂😝. ) He was a police officer in the third charm. But still has that flower boy boyfriend aura

Let me put it this way. With SKJ, I don't think we will be getting this in WATCHER:
https://kdramafandom.com/wp-content/uploads/2018/09/thirdcharm01-00207.jpg
I remember when TTC aired some beanies were annoyed/disappointed because they thought they were getting a rom/com when it was anything but. I enjoyed TTC and it dealt with some heavy subjects.
The above pic tells me that SKJ is a good sport.

Haha. He pull it off perfectly. And actually I didn't expecting it he would be total pulling it off. I actually love what I got in The Third Charm. Basically TTC turn into mellow and deal with heavy character psychology in the second half and that is my kind of drama lol.

Are you guys me? Lol... I also thought The Third Charm was a rom-com, initially, but I didn't mind that it turned out to be a melo. The problems they presented there was kinda true to life imho, meaning it's something that can happen to anyone in real life imho, a bit exaggerated perhaps, but still... I guess we're in the minority group of viewers who actually liked it 😁

Yess... I remember many kNetz hating it so much calling TTC is the worst drama and SKJ picking another bad project. Well Since I disagree with them, that's okay. it's just has different execution than most drama. I think it has similar topic as One Spring Night IMo.

I'm so looking forward to this! Bring it on!