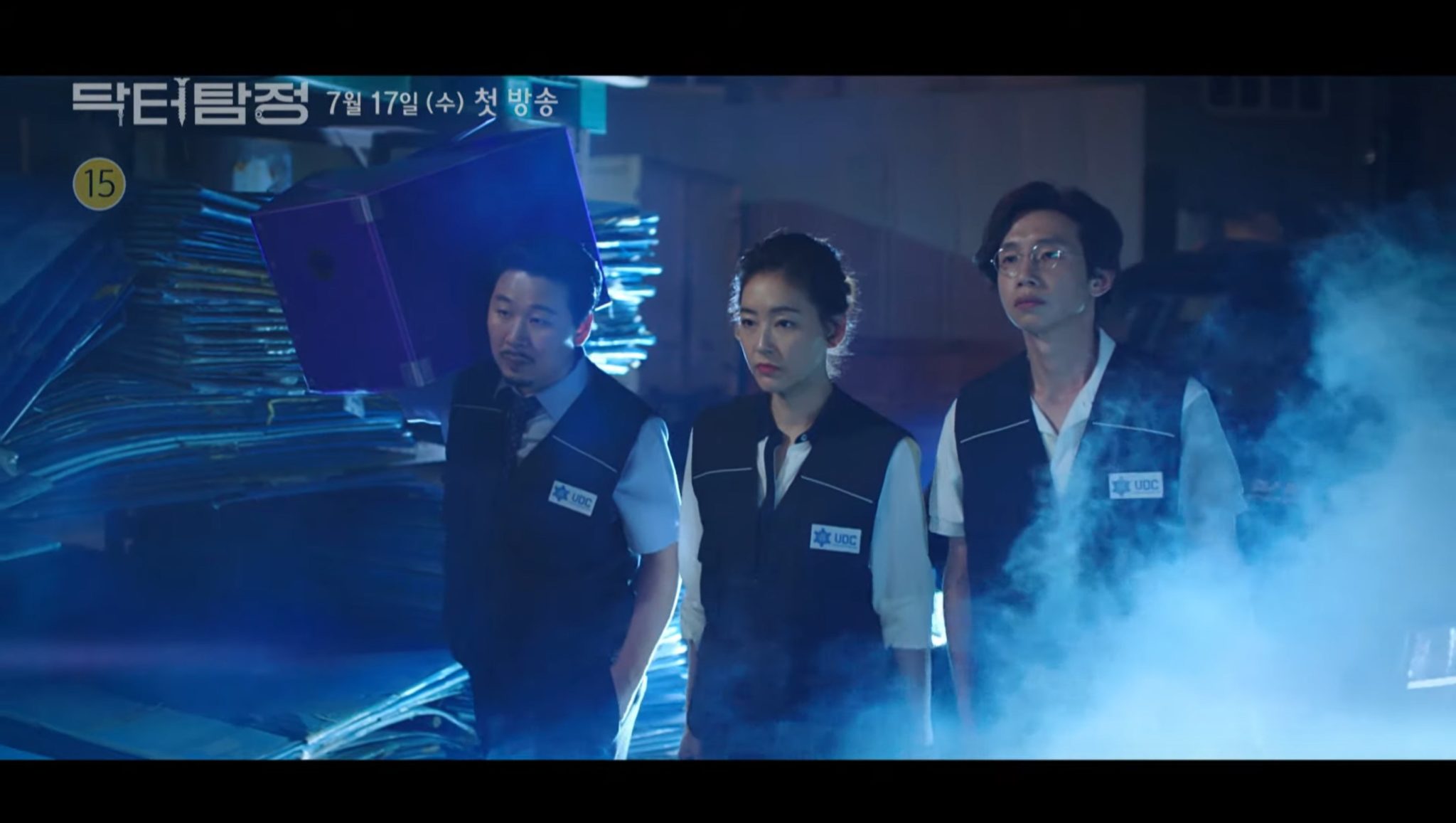 The characters of the story become connected through a research center for undetermined diseases, called the Undetermined Disease Center (UDC). Passionate and united by a common cause, they join forces to fight and resolve medical situations that continue due to corruptions in society, though they are easily preventable. One area of focus is the medical conditions caused by poor working environments, which result from companies restricting budgets and discouraging employee access to proper health and safety measures.

Among the leads, Park Jin-hee plays Dr. Do Joong-eun, who specializes in occupational environment and medical health. Bong Tae-kyu plays the chief research at the UDC, Dr. Heo Min-ki. And Lee Ki-woo (Fate and Wrath), who is unfortunately missing from the teaser, plays chaebol-heir Choi Tae-young. How he becomes involved in the cause is still unclear, but he has a long history with Park Jin-hee’s character. The two were previously married and he currently has custody of their young daughter.

The newly released teaser starts close-up on Bong Tae-kyu who does an impersonation of actor Kim Sang-joong as he says, “But, let me say this”. Cut to two men questioning him, “Who do you think you are, ajusshi?” Bong Tae-kyu looks back at them and replies, “Me? A doctor!” The scene changes to Park Ji-young walking in the dark as we hear a man complain in voice-over: “You are all doctors! You’re not police detectives! You are doctors!” As he continues to shout, we see the UDC staff fighting with security guards and then sitting together afterwards eating popsicles. We next hear Park Ji-young in voice-over yelling, “I’m telling you, we can’t prevent workplace accidents!” And as the camera does an aerial shot of the research center, we hear Bong Tae-kyu’s explanation: “That’s why we created a new facility. It’s called the UDC.” As he speaks, we see quick shots of Fujii Mina in the laboratory, and Bong Tae-kyu and Lee Young-jin welcoming someone into the office. There’s a quick intercut of a man in a lab coat who asks, “UDC?”, before returning to Park Ji-young who nods and replies, “UDC”. Cut to Bong Tae-kyu standing in front of a baking demonstration and he shouts, “I’m with the UDC!”

The scene switches to a close-up of Park Jin-hee declaring, “I found the evidence!” and the UDC staff turn around to look at her. In narration, we hear Park Ji-young’s voice, “You are now officially joining the UDC.” The scene returns to Park Jin-hee who says, “The Undetermined Disease Center will be strictly enforcing the investigation of diseases and substances that could harm or endanger the public. We need to see everything to its end.” As she continues her speech, we get a montage sequence: a post-it with the words “work accident” written on it, Jung Gang-hee doing an impersonation of Chow Yun-fat, the staff celebrating in the office, Bong Tae-kyu putting a bandage on Park Jin-hee, and several back-lit hero shots of the team strutting with their gear. The teaser ends with Bong Tae-kyu’s voice-over, “Ajusshi! We’re just doing what the law says!”

Doctor Detective is currently set to premiere next week on July 17, and will be airing Wednesdays and Thursdays on SBS. 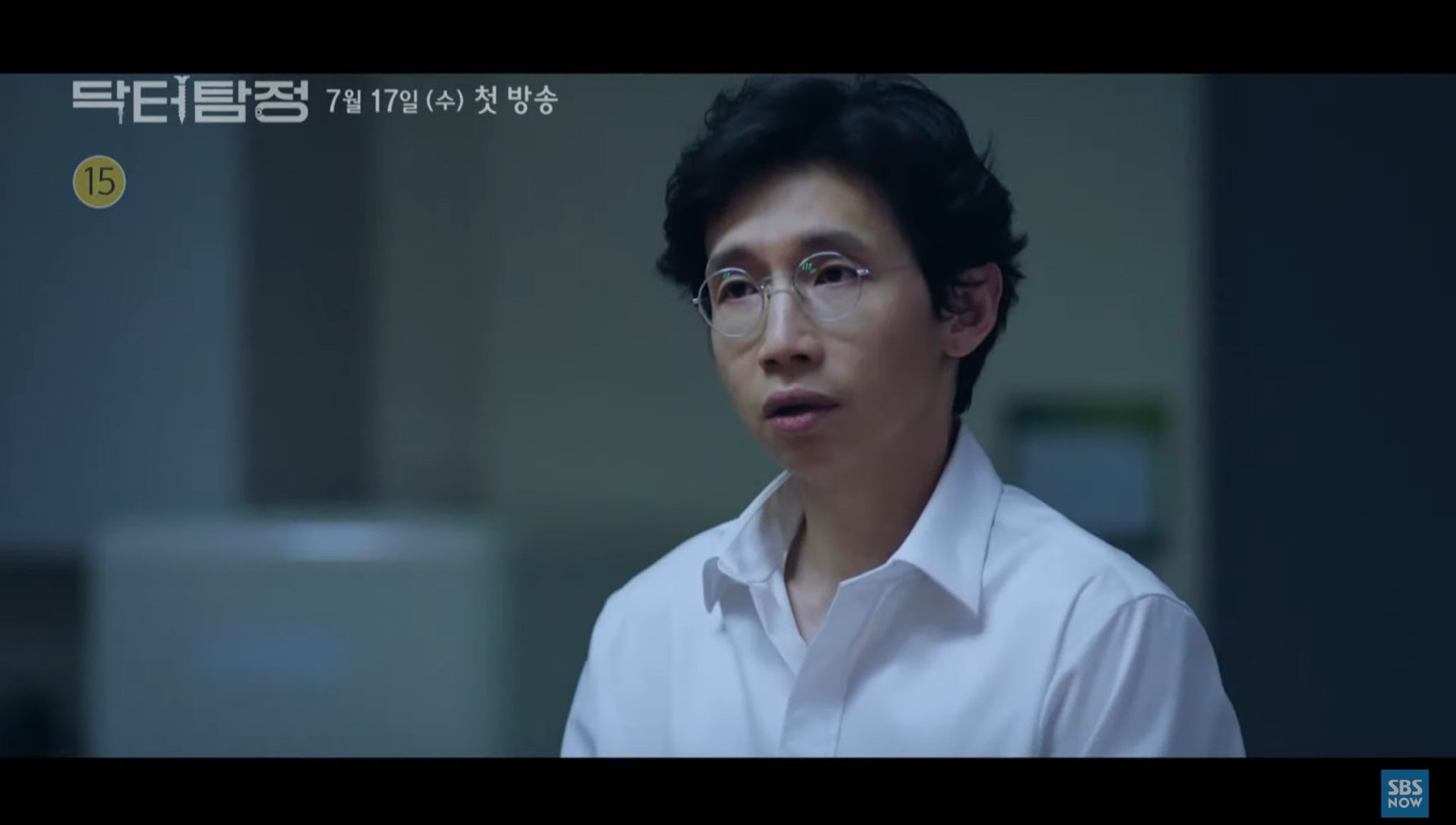 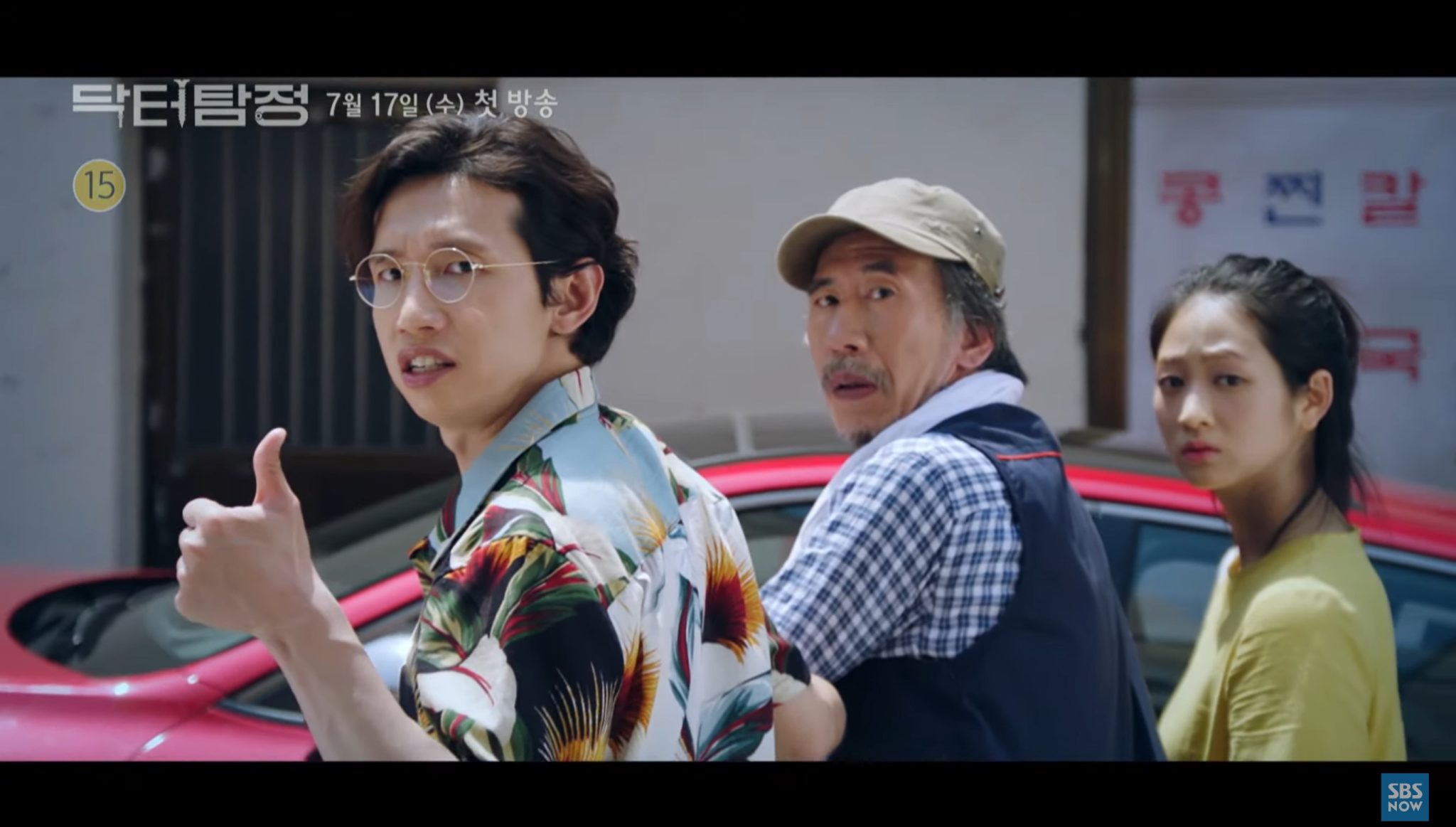 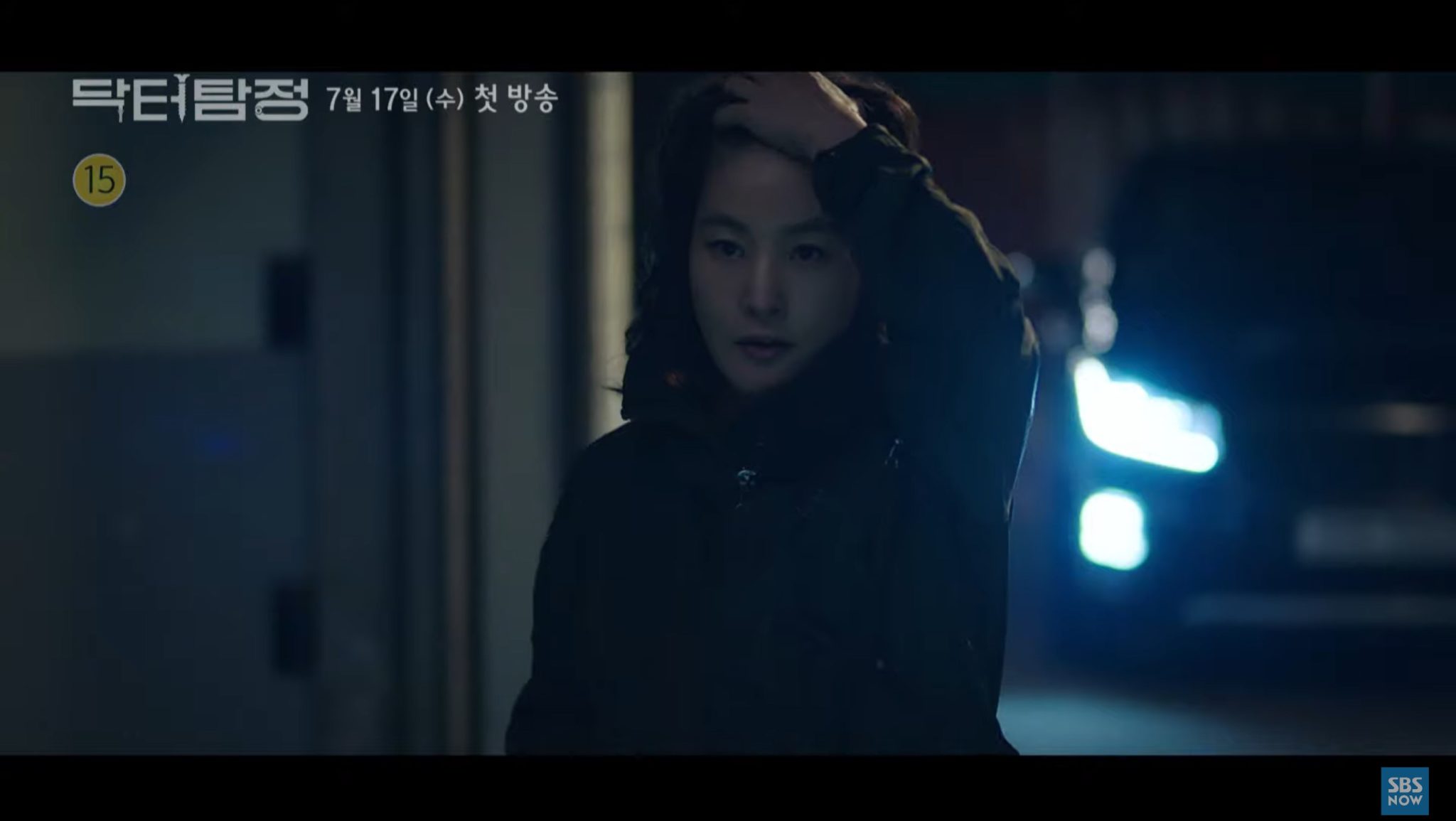 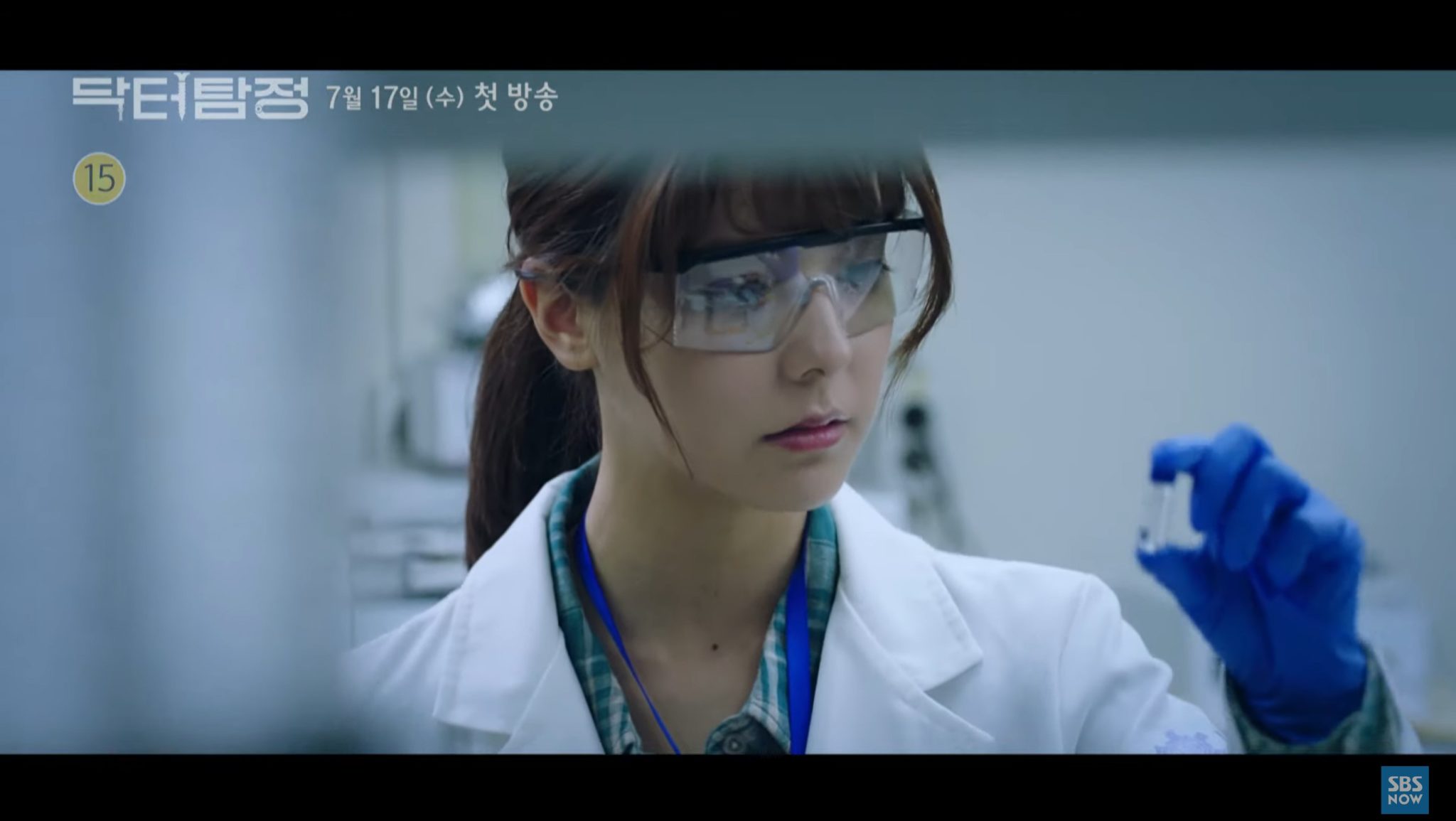 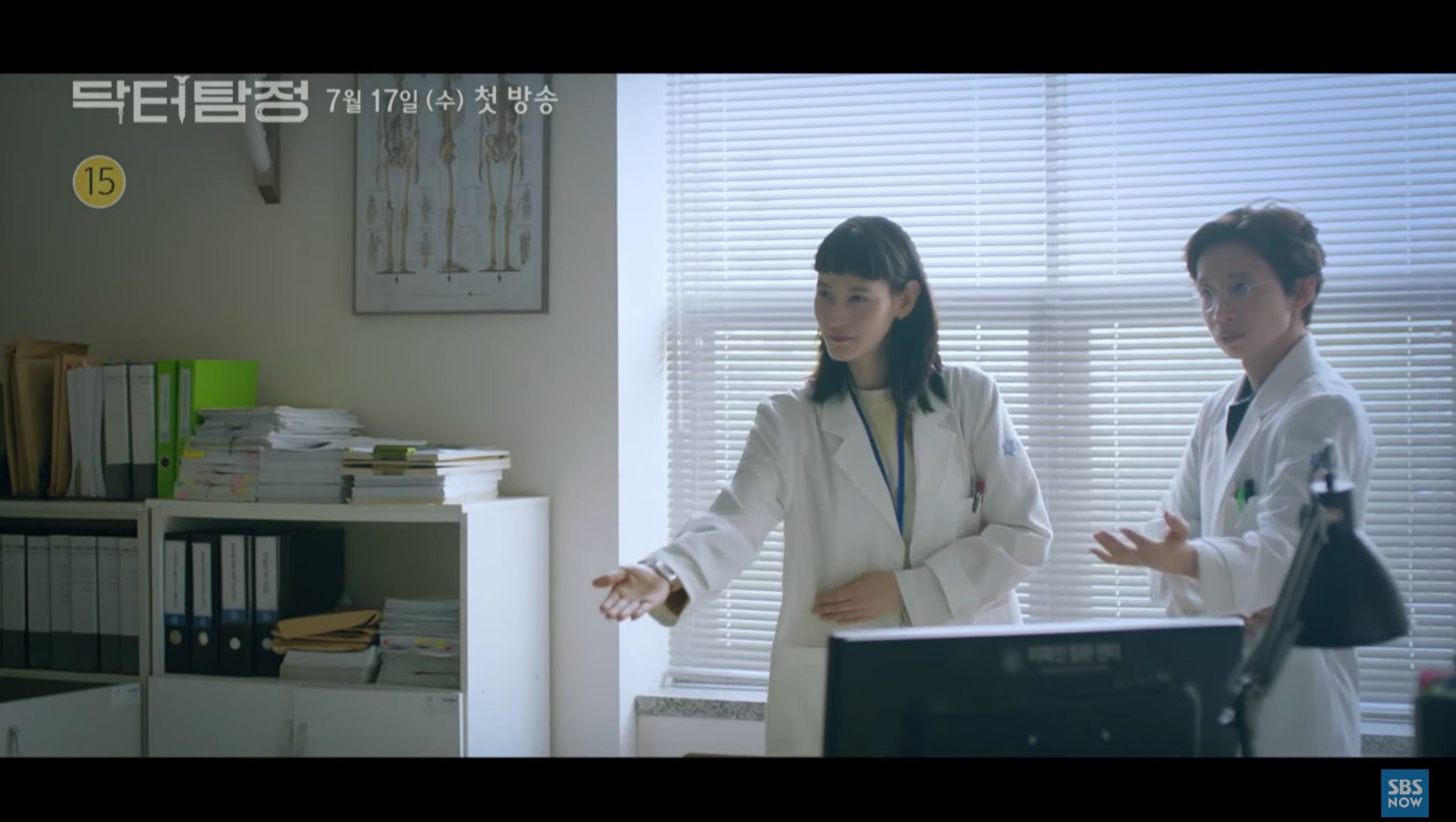 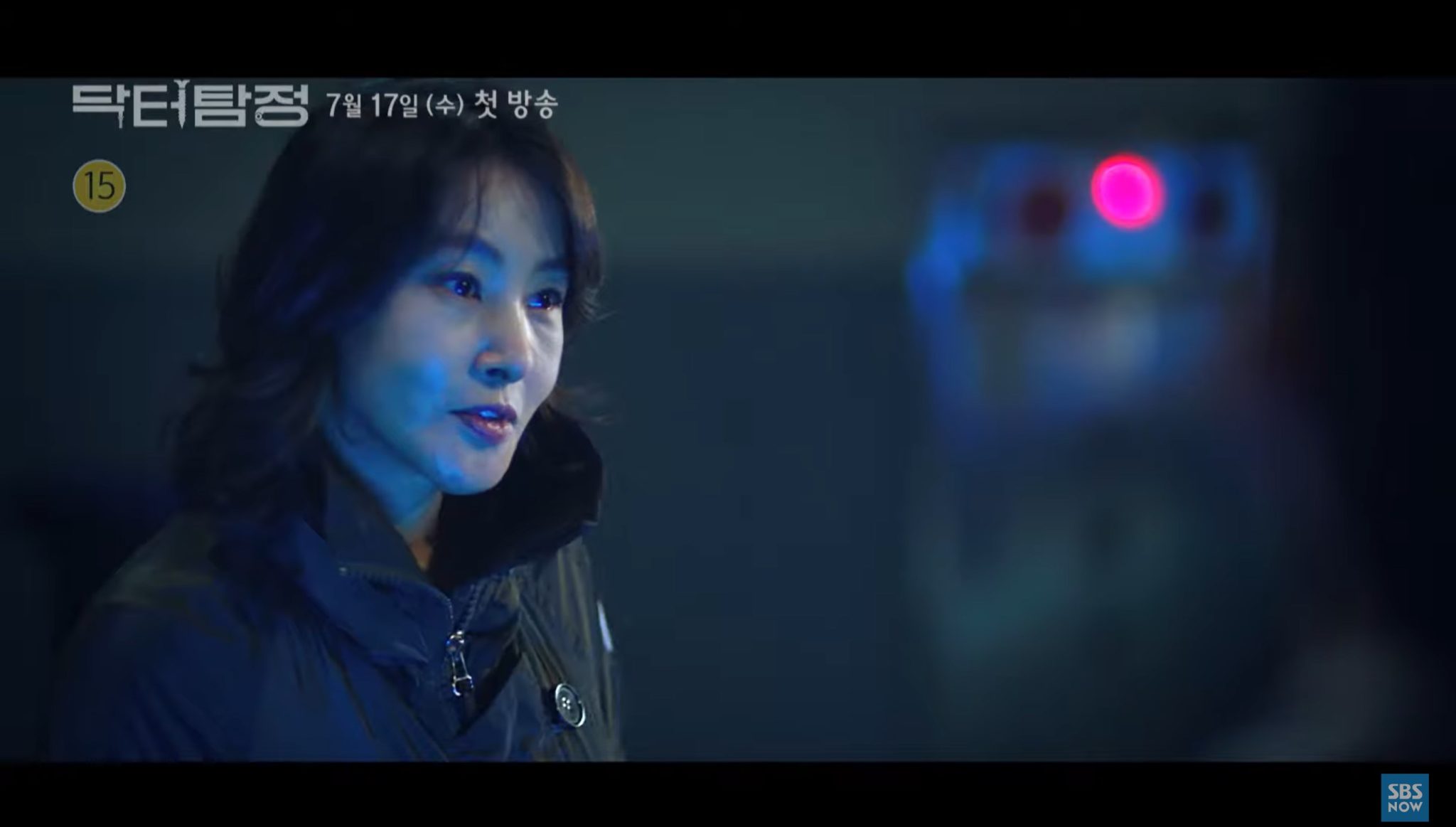 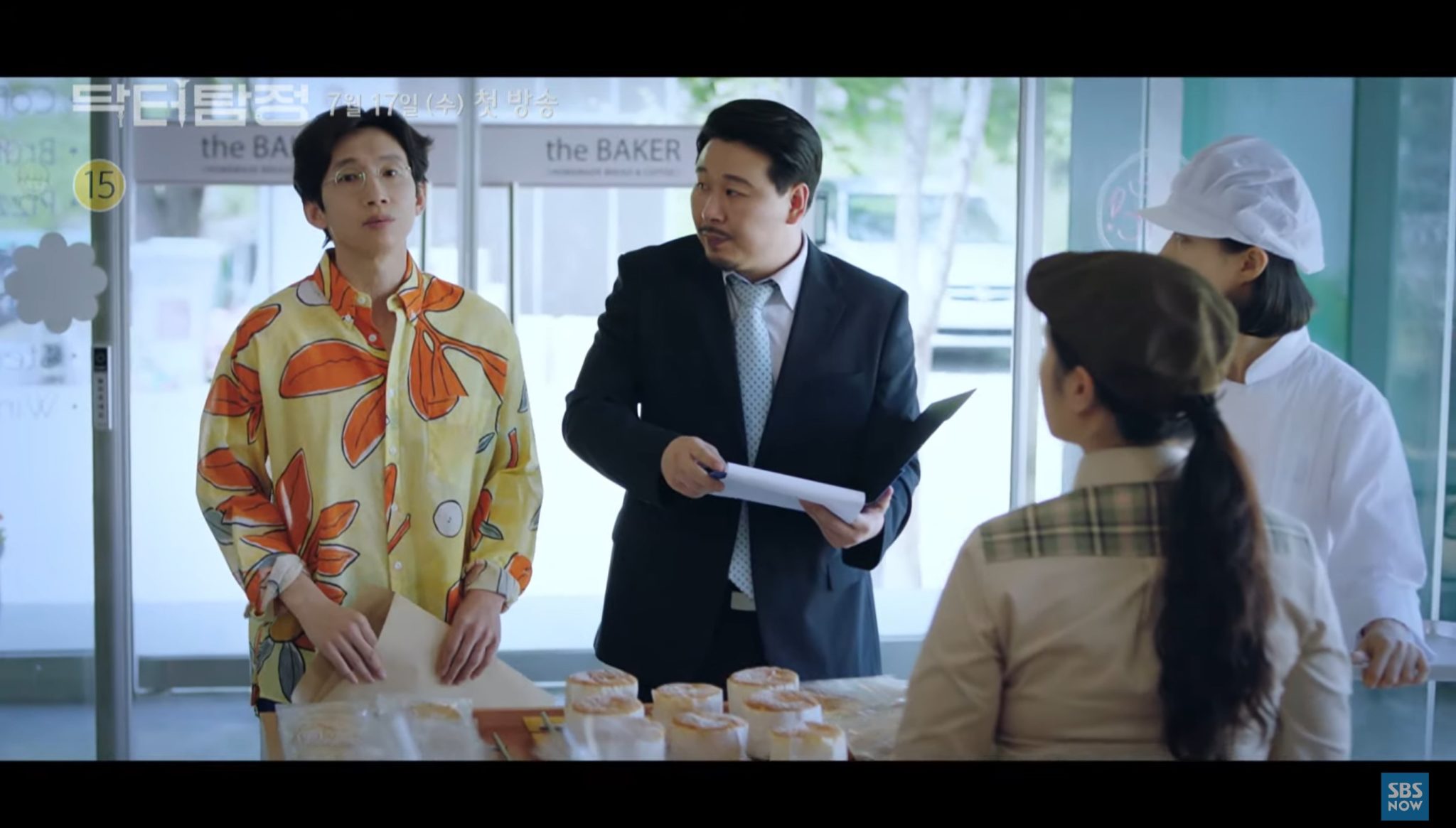 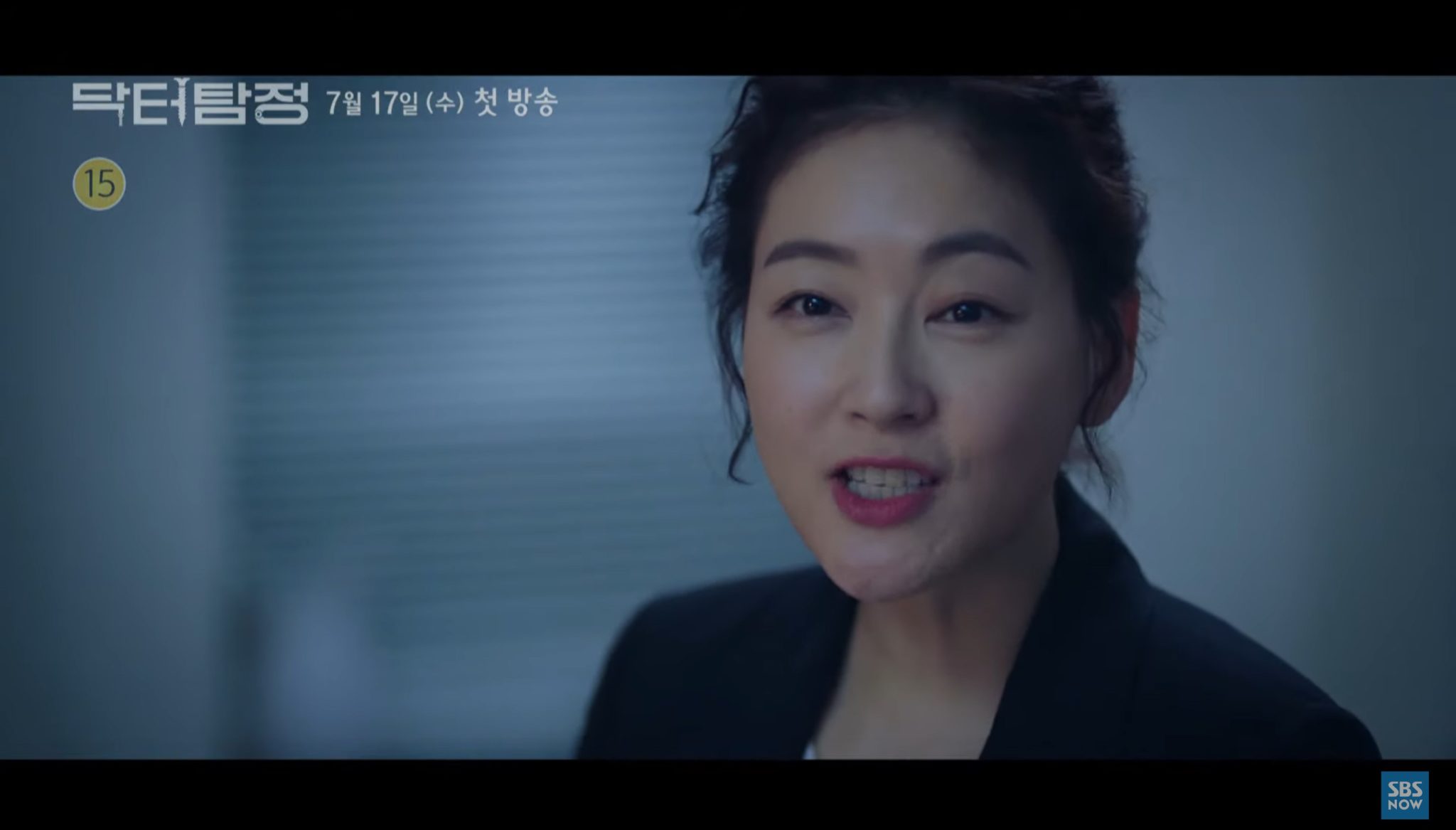 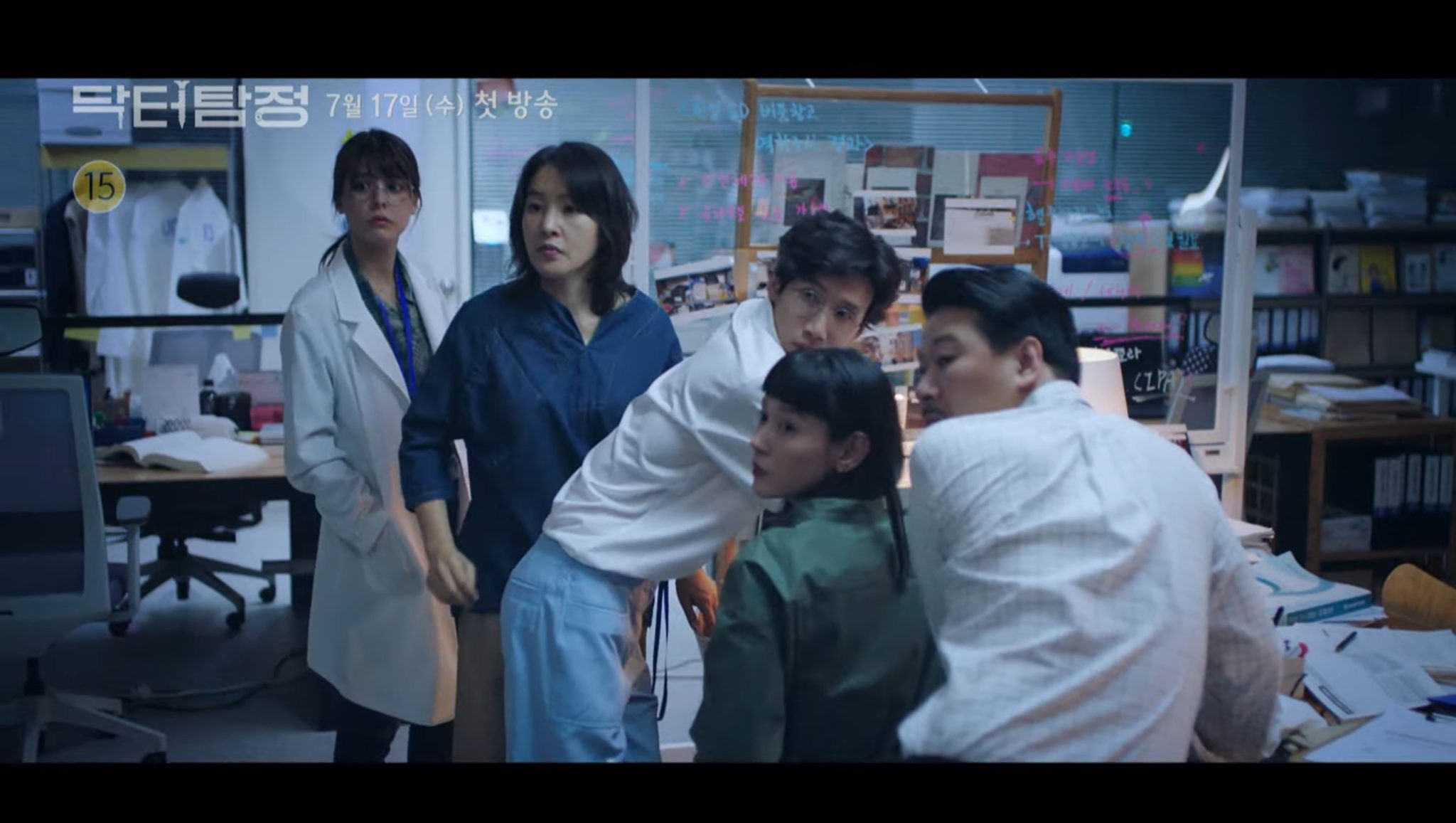 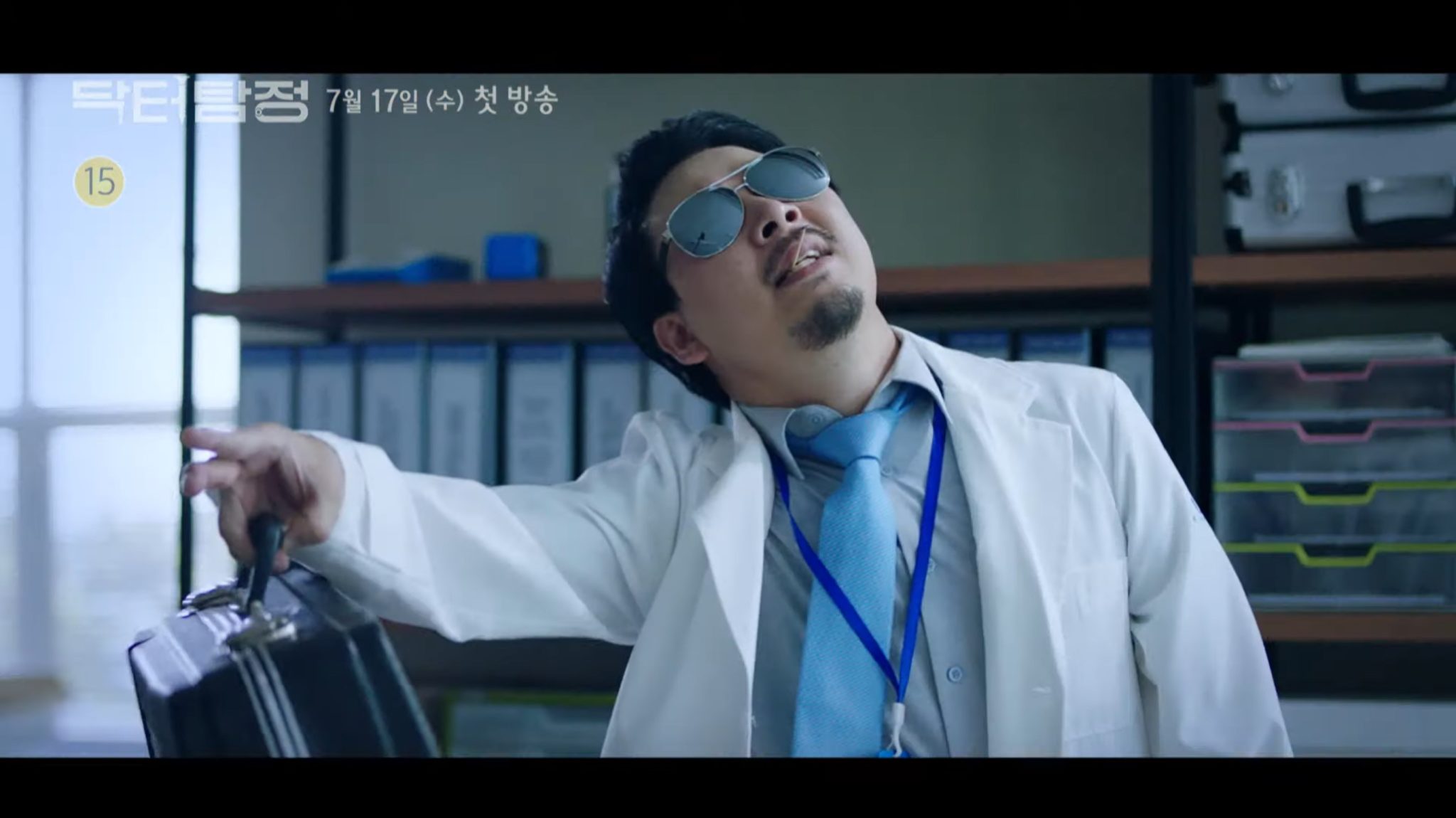 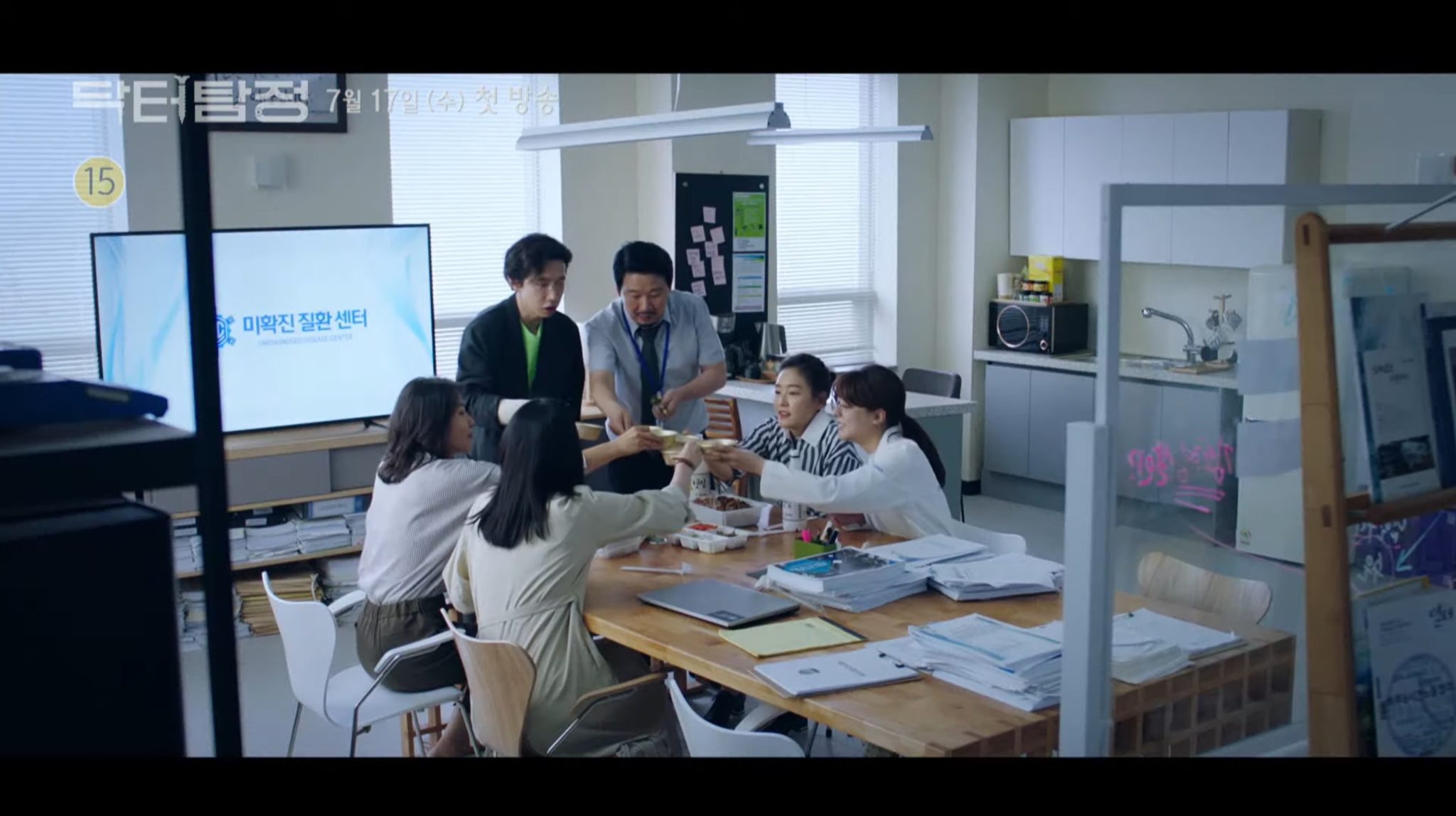 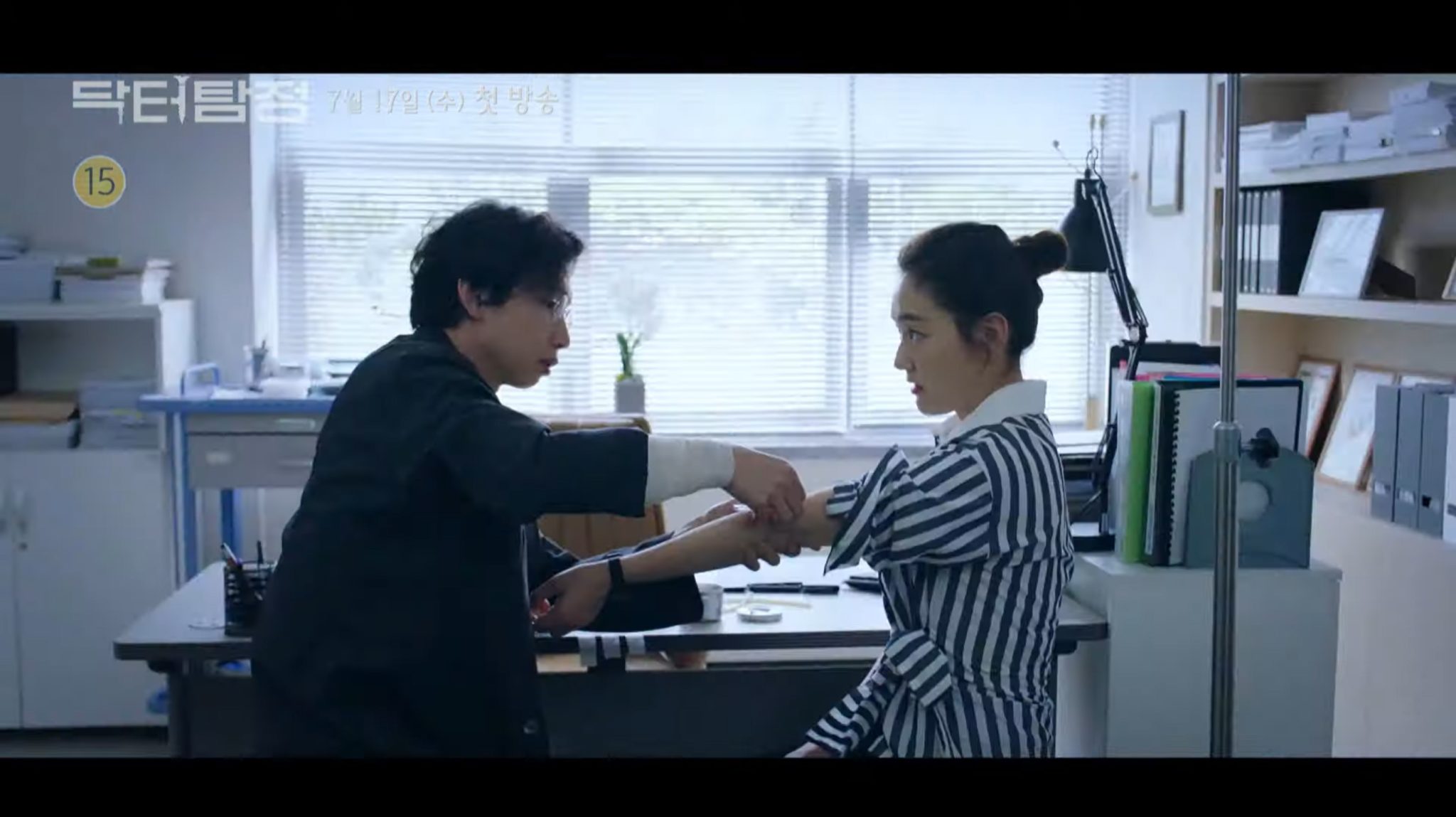 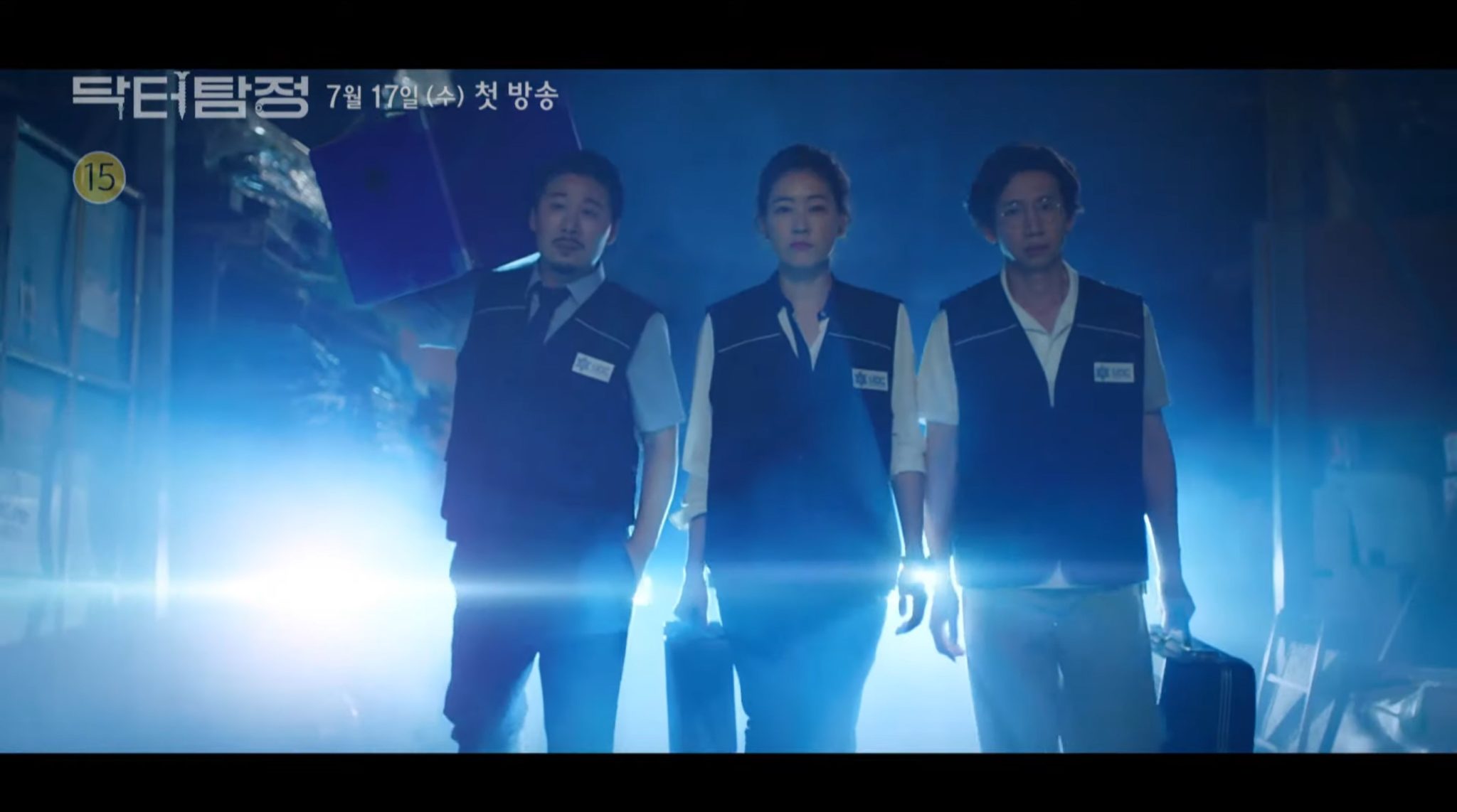 The atmosphere of the poster and the one of the teaser are very different.

this seems....very up my alley so i hope it ROX. ensemble team fighting corruption and capitalism wow they know what i want. i loved bong tae gyu in TROS so im obligated to watch this lol

All the Doctor Something drama titles made me so confused on which drama is which.

Also, Bong Tae-gyu in that hairstyle looks so different. I always see him as Si-ha's dad in TROS so it feels weird to see him as someone else! HAHA

The UDC stuff sounds interesting and the cast looks great. The chaebol heir was a bit of a turn-off. However, I've looked this show up on Asianwiki, and what fascinates me the most is that the writer Song Yoon-hee wrote the Im Kwon-taek movie Revivre. So I'll give this a shot.

The teaser actually looks fun 😆. I liked disliking Bong Tae Gyu in Return. He was so evil. Then he was on Return of Superman and was super sweet with Si Ha.

My question is: will the team find the cure for the zombie apocalypse that hit Korea in Train to Busan? They should start with that case first. It was an epidemic.

I'll check anything with Detective in title, so that's that.