A struggling student lives in a world where everyone uses an app that alerts people when someone in their radius has a crush on them. The app complicates her relationships.

A struggling student lives in a world where everyone uses an app that alerts people when someone in their radius has a crush on them. The app complicates her relationships. 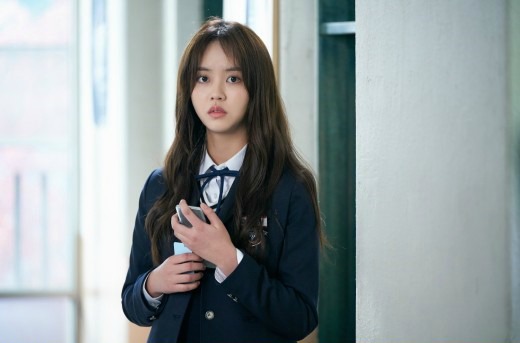 The drama is an adaptation of a popular webtoon with the same name, about high school romance complicated by an app that can read people’s feelings. Adding a level of transparency to romantic interactions, the app sounds notifications whenever someone who likes you is within 10 meters of distance.

The newly released stills feature the main cast in their school uniforms and give us a glimpse of the story to come.

Kim So-hyun plays the central character of Jo-jo, who is described as having a bright and spirited personality despite a somewhat lonely and difficult life. She finally gets her first break from life when, one day, she runs into Sun-oh (played by Song Kang) by chance and they both receive “like” notifications on their apps.

As a popular student, the son of a famous actor, and a model himself, Sun-oh often receives the “like” alarms go off on his phone. But, encountering Jo-jo was the first time that he caused a “like” to pop-up on the other person’s end. And he starts to pursue a relationship with Jo-jo earnestly.

However, of course, someone else has secretly been crushing on Jo-jo and he is Hye-young (played by Jung Ga-ram) – Sun-oh’s best friend of 12 years. Out of loyalty for Sun-oh, Hye-young tries to take a step back and keeps his feelings concealed. But, watching Jo-jo and Sun-oh grow closer is easier said than done.

Directing for the drama is PD Lee Na-jung (Fight My Way), and working together on the scripts are writers Lee Ah-yeon and Seo Bo-ra. Netflix drama Love Alarm is currently set to premiere next month, on August 22. 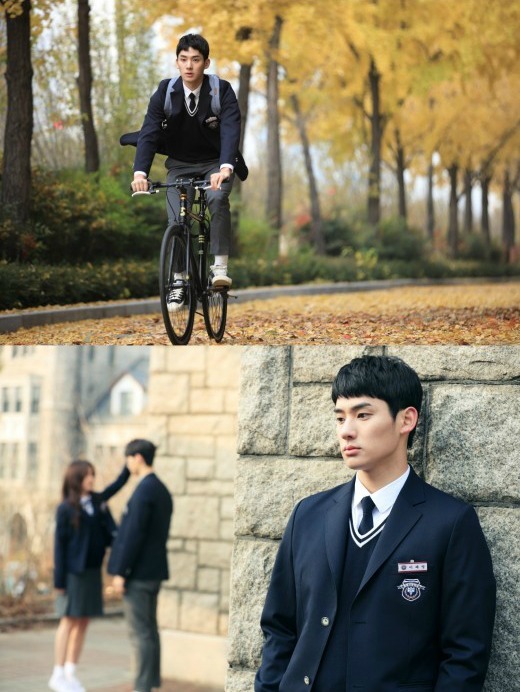 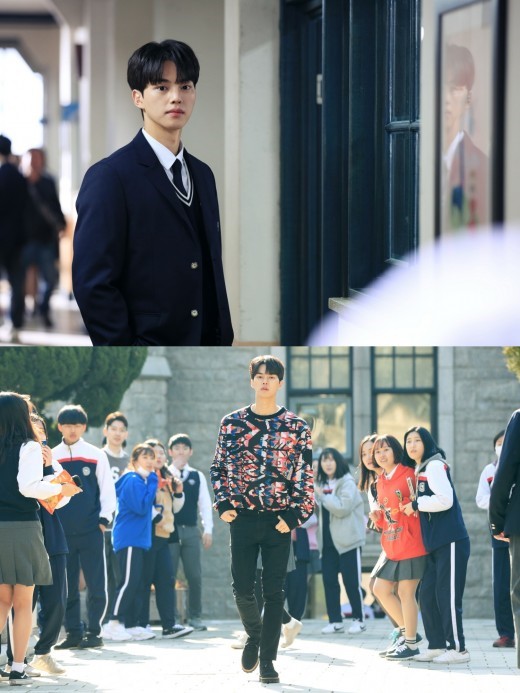 I know Kim So-hyun is all grown up, but I wish she could do high school dramas forever. At least Song Kang and Jung Ga-ram are age-appropriateish.

They are very age appropriate but the best part is that they are complete rookies and I'm excited about the kind of chemistry they'll have because I have absolutely no clue what to expect. I'm looking forward to being surprised. 😊

I feel the same way about the actors. The unknown makes me excited but I suspect there will be an intense chemistry between the three leads.

Finally! And my girl is looking great as usual~

I'm glad to finally have her back!

Also is this gonna be split up again into “seasons” like other Netflix dramas?

that would be the sole plot to lure me in...

I think they will. The promotions say S1 Love Alarm.

Words can not explain how excited I am for this! Why has KSH been away for so long? I need her on my screen every month! My girl slays!

Ikr 😌 but dont worry, after love alarm in august, we can see her in september with Mungbean Chronicle. 🎉

I wonder if this app works for chickens. I always have wondered if my hens like me.

Lol 😂 nah... i always curious about my cat feeling tho. He always hard to approach if i dont have anythink to eat in my hand.

The ship war already seems to be ugly for this one. In another site, when the casting news was released, everyone was arguing about who's the male lead and who Jo-jo should end up with.

Really? Already? Where was this?

In an Asian entertainment and celebrity news site called koalasplayground.com

I didn't really picture Kim So-hyun as the female lead, Jo-jo, until I saw the stills. I'm curious about her portrayal because Jo-jo is quite unlikable, as she was the type to be submissive to her tormentors and get angry at the people who wanted to help her. She's human but she was pretty much the same throughout the whole webtoon.
I always rooted for Hye-young out of the trio, portrayed by Jung Ga-ram (who is his real-life doppelgänger), so I hope the screenwriter doesn't mess up his arc.

It sounds like you've read the webtoon. Can you share some more insight about the characters please? I don't know much about the webtoon but when I saw the character stills I liked it much more than the webtoon. That could be because a drawing is 1D and live action is obviously more 'alive'.

Welcome back Kim So Hyun! I know nothing about either male lead so this will be interesting! Will this have a seasonal format like other netflix shows?

I think so. If the respond for first season was good, i hear they will make season 2.

Weird plot...need to see the premier to make up my mind.

There isn't a premier the whole drama comes out in one go. All 8 episodes will be available on the 22nd. The plot is about societal obsession with being loved but not just a romantic love but popularity love as well. People use the app to measure their popularity among their peers. Think of it like getting love letters whoever has the most is the most desirable. The plot is very heavy because there is suicide and what not when the alarm doesn't go off.

I forgot about this one. If it goes the typical high school rom-com route, then it's a pass for me. But if it delves deeper and focuses on the social consequences of this weird app, I might be interested.

At this point I've been waiting for over a year for this drama to release. The first stills are promising and So-hyun looks great as always. I've heard a lot of good things about the actual webtoon and I liked this director's previous work. I'm more worried if the drama will end on a cliffhanger and we'll have to wait another year for the next season like Kingdom. I love Netflix but I like my binge watch to have an actual conclusion.

Nah... i have feeling they will end it with cliffhanger. 😅 couse they like to see us suffer, ups kidding. I mean, i hear somewhere love alarm will have S2. Well, if the respond about this drama was good. 😉

Does anyone know what other dramas Song Kang is in? I've seen his name somewhere before but I can't seem to remember why.

The only drama I remember him from is Liar and his Lover. He was Joy's friend who had crush on her. I'm more familiar with him on the SBS variety show Michuri.

Song Kang was an MC on Inkigayo if you watch that.

I cant take it anymore.... it been so long. 😭 i want to watch her in drama again.

Hate the fact that i have exam in august 😑 but CHEER UP for love alarm. 😆

I just need to see kim so hyun acting again! Bring it on!