A young female doctor fills in at a penitentiary hospital, and struggles in her new role. As she tends to the inmates, she meets an inmate who used to be a doctor himself. He is a genius at diagnosing, and can figure out the most perplexing cases in mere seconds.

A young female doctor fills in at a penitentiary hospital, and struggles in her new role. As she tends to the inmates, she meets an inmate who used to be a doctor himself. He is a genius at diagnosing, and can figure out the most perplexing cases in mere seconds. 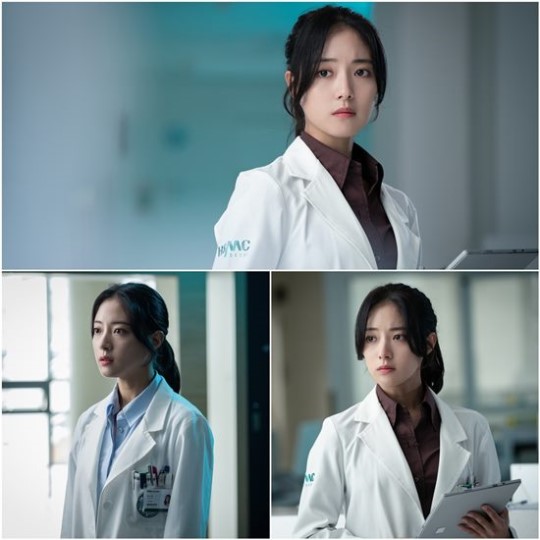 The story is centered around a team of doctors specializing in pain management and anesthesiology, who are mobilized by a patient suffering from a mysterious type of pain. The drama follows the team as they struggle to pinpoint the root cause and determine a cure for the strange pain. Although set against a medical backdrop, the story at its heart is about people: how they come together, and how they interact and relate to one another.

Ji Sung plays the titular role of Doctor John Cha, who is also known by the nickname “Doctor 10 Seconds” due to his incredible skill of quickly assessing his patients within 10 seconds of seeing them. Highly confident in his own abilities, he boldly claims to his patients that, “God may have put you in pain, but I can make it better.” However, he is a man that stands by his words and is relentlessly committed to making accurate diagnoses. He’s also a professor (the youngest professor in his field), and is widely revered as one of the most promising doctors at his hospital.

Lee Se-young plays a doctor in residency, named Kang Shi-young. Born into a family of doctors, she is also the eldest daughter of one of the board members at the hospital she works at. When she first started her training as a doctor, she was known to be overly empathetic – to the point that she focused on a patient’s emotional state more than their physical ailment. Still, she was a good doctor and kind-hearted. However, one day she suddenly left the hospital. She later returns, influenced by Doctor John, but she comes back as a completely different and fearless doctor. 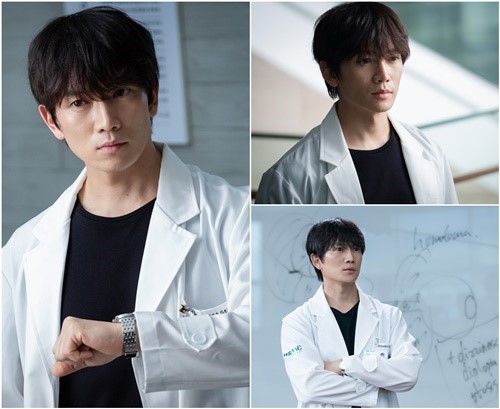 The newly released stills don’t reveal much about the story. But, they show both Ji Sung and Lee Se-young in character and dressed in their doctor’s coats. Ji Sung looks quietly serious as he checks his watch and stands in front of a white board. And Lee Se-young looks worried as she holds a patient’s file.

In an interview, Ji Sung revealed that he spent a lot of time reflecting in preparation for the role. He thought about how a patient might feel, thinking back to when his father had received heart surgery; and how he had felt as a son and caretaker to his father during that time. This then led him to think about his daughter, and he thought deeply about the meaning of life and happiness.

As this is Lee Se-young’s first time playing a doctor, the actress admitted that she struggled with the medical terminology. However, she’s been studying and training with medical professionals to learn about the different processes, such as how a diagnosis is made and how to prep and dress for surgery. As part of her research for the role, she’s even practiced performing treatments and procedures.

Directing for the medical drama will be a joint effort between PD Kim Young-hwan and PD Jo Soo-won (Thirty But Seventeen, Pinnochio). And writing for the drama is writer Kim Ji-woon, who previously worked with PD Jo on Alice in Cheongdam-dong.

I'm not sure to understand SBS. They will air Doctor John and Doctor Detective in the same time... The first the week-end and the second Wed. & Thu. It's a lot of Doctors for on channel :p

Personaly, even if I like Ji Sung and Lee Se Young, I'm more interested by Doctor Detective's plot (Kwak Dong Yeon will be as a cameo \o/)

I don't understand that move by SBS either. Why not schedule one for this cycle and one for the next. It just seems like they are potentially disadvantaging them out of the gate by premiering them the same week, four days in a row of doctor drama on the same channel.

she is also the eldest daughter of one of the board members at the hospital she works at.

Of course. How could it be otherwise?

I'm normally not much interested in medical dramas... however, as someone who underwent an operation under general anesthesia (for the first time) last week, I'm quite intersted in that topic and will probably check the first episodes.

(I just hope they will more concentrate on people and their stories than on hospital politics.)

i am all in !. Ji Sung 2. i am a nurse and i love medical shows. 3. it sounds interesting to me and i can handle lots of doctors!

plus it sounds like they have both put a lot of research and thought into how to play their roles.

Yeah, if every diagnosis from House and his crew was lupus ;).

There was a “default disease that kept coming up in House. The line remember is House saying “It’s never ‘the default disease’”. I can’t remember the name of that disease and it’s bugging me. Any ideas?

I think it was Lupus.

Can you tell me if SBS won't air dramas anymore on Monday-Tuesday slot?

I like Ji Sung, but I'm really not into medical dramas. Especially when the doctor is a geeenius. And the synopsis from this one sounds...strange to me. I might wait for other beanies to try this one first and see how it fares 😉

I'm with you on the geeeenius. Those kind of geenius descriptions seems always to put me off a drama. Why can't they give us normal doctors who's good at what they do, but not exceptionally good and genius.

I'm not really into medical dramas but for whatever reason this drama sounds really appealing to me. Maybe because the premise sounds a bit like House which I really liked back in the day. I also really like both these actors so I'll probably give this drama a try.

I only know Ji Sung from his wonderful performance in the excellent DEFENDANT which was one of my favorites of 2017.
I noticed on its AsianWiki page in the cast there are 2 LIFE alums: one of the “other” Dr. Ye(s) Lee Kyu-hyun and Eom Hyo-seop.
I am sure that JS is aware that even since 2017 the weeknight ratings world has changed. DOCTOR JOHN may not have the ratings of DEFENDANT which had an average nationwide Nielsen rating of 21.69%.
I wish him luck and plan to check out his new drama.

Who else was cracking up at the "the stills don't reveal much, but they are dressed in character in doctor's coats"? That's exactly what I was thinking! :) I really like Ji Sung, he's a great actor and seems like a nice guy. I hope this drama does well. Fighting!