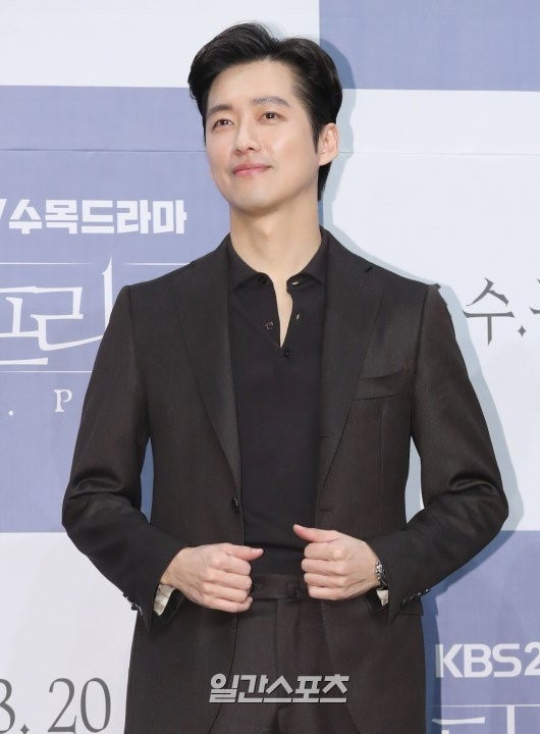 Sports dramas can be such gems when done correctly. Add an actor like Namgoong Min (Doctor Prisoner) to the mix, and I’m already sold. SBS has a new underdog baseball drama in the works titled Stove League, and an offer is out to Namgoong Min, who is ‘positively considering.’

It sounds like the show is still in its early stages, so there’s not much information out there, besides the fact that it will center around a pro-league baseball team during their pre-season. This team is at the bottom of the league, naturally, and we will watch them grow into their full potential under their new general manager, played by Namgoong Min. His character is described as efficient and hardworking, but he lacks interpersonal skills, which makes him pretty unpopular wherever he goes. I’m sure his arrival will ruffle quite a few feathers and create some tension at his new position as well, but that’s all part of the growing pains this team will have to face.

Writing is Lee Shin-hwa, and in the director’s chair is PD Jung Dong-yoon, whose credits include SBS melo Fate and Wrath. I can’t find any credits under Lee Shin-hwa, and I don’t think I’ve seen any of this PD’s shows, so I’m not sure what to expect. But I love a good underdog sports story, and if Namgoong Min agrees to play the disliked (at first), but effective manager of a bottom-of-the-table baseball team, I will definitely have to check it out.

Stove League is slated to premiere sometime in November after Vagabond.

I need to watch more of his dramas. Anyone got any suggestions?

I thought his character in “Chief Kim” was absolutely hilarious and the whole drama was great as well!

I second the recommendation! His ongoing feud with Glutinous Sociopath Seo Yul (Junho) was delightful and even earned them an award at the end of the year.

Ahaha where is that edit button? 🤣🤣 “Gluttonous”

Right!?!? Them winning that award and then the kiss on Namgoong Min’s cheek was gold!
And I understand your pain completely. I have had to reply to myself multiple times because of typos 😅.

Beautiful Gong-shim is a good one, but it gets quite draggy at the end. And his performance in The Girl Who Sees Smells really good so might one to check out this one as well

He was really great as the evil guy in Remember.

I first liked him in show Birth of a Rich Man.

My fav is still Dr. Prisoner.

Can you hear my heart. It's slow in the beginning but one of my favorite melodramas. And he's a total scene stealer in The Girl who Sees Smells.

Yay! I've been wanting to see some more sports themed K-dramas ever since Weightlifting Fairy. And I like baseball, so hopefully this will be good.

Wohooo! I hope he accepts the role. Chances are he won’t turn out to be a villain or serial killer so I can watch it in peace 😅 I also like a good underdog story.

I really like Namgoong Min, but I really dislike sports. On the other hand, there's nary a doctor, lawyer, cop or criminal in sight, which is refreshing. I might give it a go.

I saw "Namgoong Min" together with "baseball" and I immediately said, "Well, as was seen in Remember-Son's War , he can forcefully swing a bat and cause some damage." But I don't think this is that type of drama, one where he becomes unhinged and becomes irate at the drop of a hat.

Then again, one bad call from the umpire and it could anyone's guess.

*could be anyone's guess

Gosh, I love Namgoong Min. I'll even watch a drama about paint drying, I mean baseball, for him 😍

I like sports, but not necessarily sports dramas. But hey, at least it's not a basketball or football drama where the players seem to have either unworldly powers or substandard skills (and the wrong physique). In a baseball drama it's so so so much easier to make amateurs look like sports legends.

Also, I presume that bottom of the league happened "last season". It'll be weird if the drama is really centred around pre-season, because other than trades and signings pre-season doesn't hold any excitement. You can't do those inspirational speeches a la Miracle.

Ohhh sports is interesting for me! Thanks dramaland, one politic-serial killer- and-police-oriented drama less. 😂😂😂😂
The only sport-oriented drama I have watched, I think, was the fairy weighlifter Kim bok joo.... beautiful! And Prison playbook was also about sports, although not all the time.
Anyway, this one I may want to watch it. 😅

He's very attractive and talented. Also seems like a human puppy in real life judging by I live alone clips. Which speaking of, if anyone saw them please watch his episode/clips his house is gorgeous. He seemed down to earth and a bit goofy there!

and after watching NGM in I Live Alone it love him more if that is possible! he is a very soft interesting person with loyalty for his friends that i wish i had. he is a very good actor that really studies for his roles. if you haven't seen it yet it is worth watching. episode 298-299

anything with oppa and ill be watching for sure... hope its good.

i will for sure watch this. namgoong min is one of my very fave actors. he turns everything into a gem of a show. a good sports/underdog drama is in my fave list too. face it, i am a drama junkie and it does not matter if there are enough days in the week. i will find a way to watch them anyway!