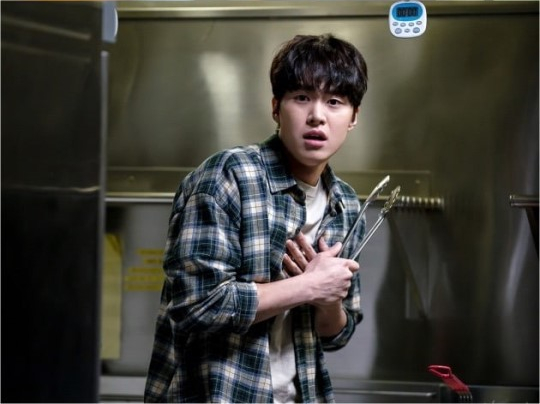 Finally! I thought we’d never see Gong Myung (Extreme Job) in the promo material for JTBC’s Melo Suits Me. New stills of Gong Myung and Chun Woo-hee (Argon) have been released, and though I’m excited for the male leads to woo our ladies, I’m more in this for the female friendship and camaraderie that I hope we get lots of in this female-driven rom-com.

Gong Myung will be reuniting with his Extreme Job director Lee Byung-heon in this show, which is something I take as a huge positive, since I had never really warmed up to the young actor until I watched the hilarious cop comedy earlier this year. In Melo Suits Me, he’ll be swapping his detective’s badge in for an office one, as the newbie marketing team maknae at the drama production company where Han Ji-eun (100 Days My Prince) works. This sounds like a noona romance in the making, though the would-be couple has an uphill battle on their hands, what with them working at the same company and Han Ji-eun being a young, single mother.

I wonder whether his character will cross paths with Chun Woo-hee in a professional setting, as well, since she is a drama writer. I’ve only ever seen the actress briefly in the film Beauty Inside, and her scenes were pretty serious, so I’m looking forward to her in this role. Her character is described as completely unpredictable and slightly off-kilter, with a tendency to be a little too blunt. But although she may appear a little reckless and maybe a tad strange, the drama writer has a lot of heart and always gets what needs to be done, done. Aw, I’m rooting for her already and the show hasn’t even started.

JTBC’s Melo Suits Me will premiere on July 26. 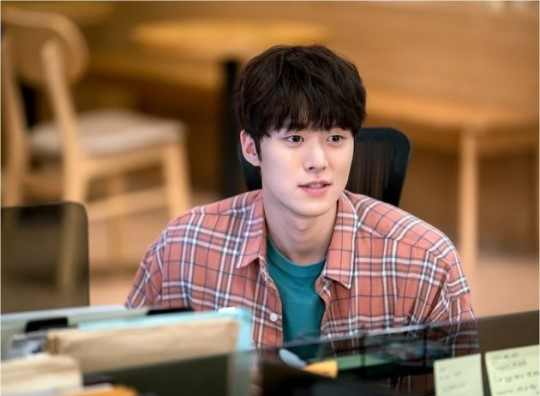 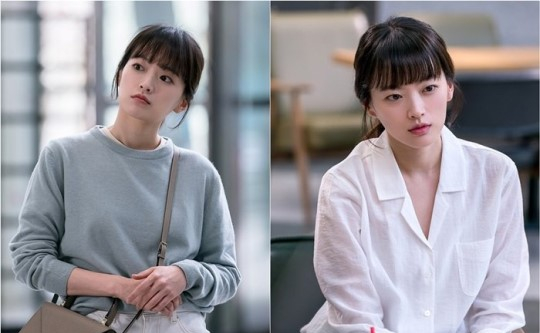 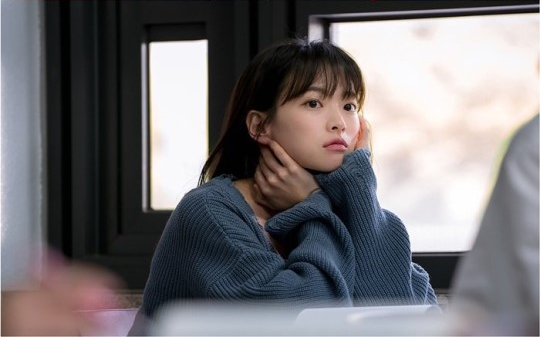 Though it's looking more interesting, I'm still not sure I want to watch this one, but I have to say that I love that bottom picture of her.

I honestly don't know what to expect from this drama except it will be female-centric and give the slice-of-life vibe Age of Youth had and the friendship we got from Because This is Our First Life.

Chun Woo Hee was great in Han Gong-ju. This movie was very frustrating based on Miryang Middle School Girls Rape Incident. I really liked her in Love, Lies too.

I like dramas based on friendship! Girls or boys, I don't care.

I like him in Individualist Ms. Jin-young. Habaek was terrible and I couldn't finish that Groundhog day drama. I hope this drama will be at least watchable for me. I like all the casts.

Haebak, Bride of the Water God, whatever they call it, was terribly disappointing. I really wanted to like it, but it sucked like a black hole. That said, I really like this actor and it would be nice to see him in something more suited to his talents.

Gong myung and krystal pretty much the only reason i watched habaek, still dissapointed though

i hope it's a strong show about friendship and love and is written well. i am kinda wary bc i know that extreme job is good but he also wrote 20 and its' so male-centric. but ia m looking forward to it. i hope that even tho it's nothing new, it's still fresh and interesting and has good messages~

Twenty, the movie with Woo Bin, Junho and Kang Ha Neul? At least the friendship and the friends antics will be done well.

yep! did you happen to like it? thankfully @silje replied with the info about a woman being the co writer!

I had a good laugh with it and the friends antics :) It could've been better but I still spent a good time. This time it's interesting to have a female co-writer.

He is co writing the drama with a female writer Kim young young (seems like her first work) so drama should also have a female perspective! Gonna be interesting to see how this play out in the drama having a man and a woman writing a drama together. I hope this make you more relaxed going into it :)

it does!!!! that's really good because otherwise...well lol. the different perspectives are good but ultimately it's about women so. phew!

thank you so much for answering btw.

I like Gong Myung since he acted in Entertainers. I know many people disliked that show, but I actually watched it twice (more or less since I fast forwarded the evil ones the second time, but you understand what I mean).... and I loved it. It made me cry several times.... I was very happy for the bromance.
Anyway, I didnt like him in the few episodes from "the bride ofv the water god" that I watched, and I never finished "feel good to die", nor have I ever watched "extreme job" (what is that? A movie?)
But I like him, I really like him and I am happy to see he will be in this show, since I want to watch this show. Very good! 😉
I am excited!

I really liked Entertainer also. I thought all the actors, particularly the young band actors were great, and it was a good story, sad but good. And I liked the bromance too

I really like Entertainers too. The love story was not good and the character Hyeri bad written but the rest was really nice and warm.

I really like Gong Myung as an actor. He really owns his roles. I don't always like his characters or the dramas but he is always believable. And he has played very different roles from the tough-on-the-outside/sweety on the inside young musician in Entertainer to the cold god in whatever that drama was called (oops!) to the suffering sidekick to the spoiled chaebol. And he was absolutely hilarious in Let's Drink Solo, again a very different role. I really look for dramas he is in and sometimes suffer through them just to see his acting.

From different sources I have received good reviews from drinking solo....
I will have to watch it one day! 🙄

Drinking solo was great. It was very funny with many of those clever concepts that not only cracked me up but also fall in the category 'who thinks these things up!'. I won't mention to avoid spoilers, but after you watch it I'll share.