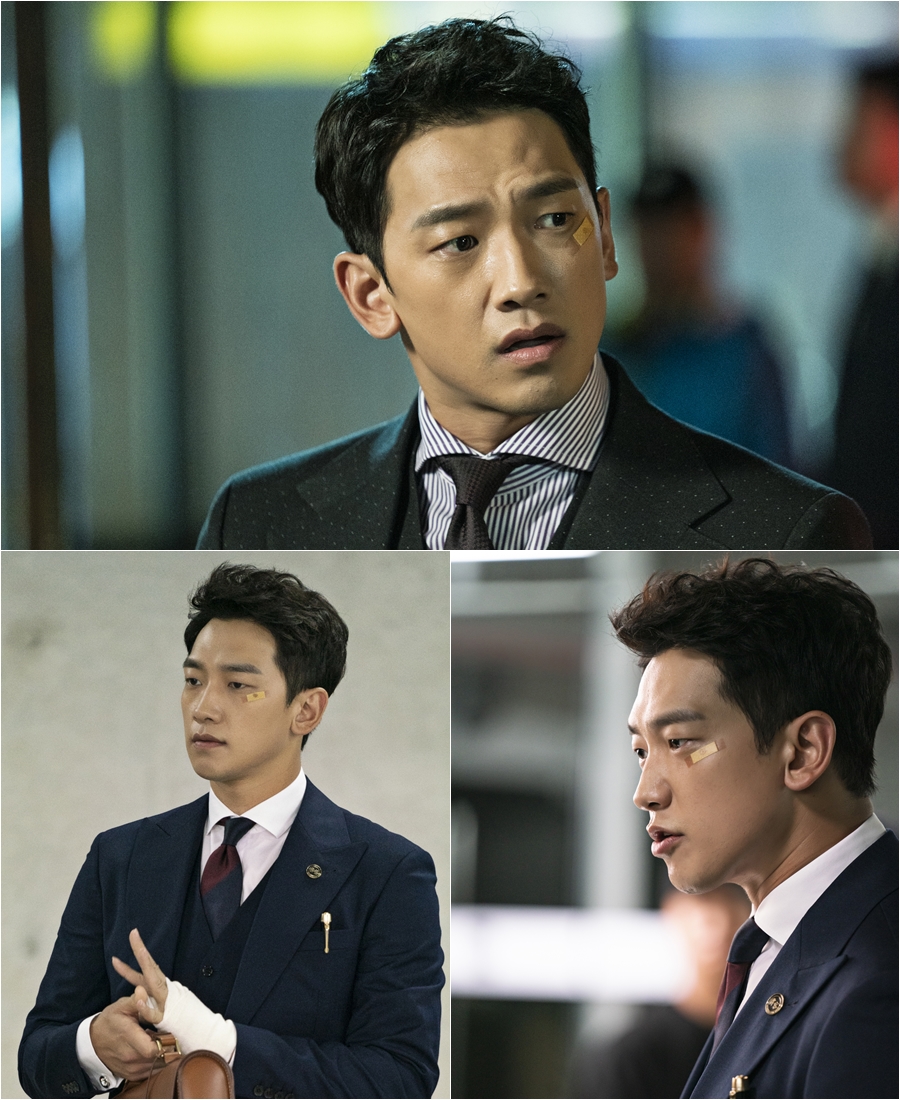 The story is a centered around the character of Lee Jae-sang (played by Rain), a self-involved lawyer who only works for his own gains. However, a sudden accident pulls him into a parallel universe and as he learns to adjust to his new surroundings, he turns over a new leaf and begins to live a second life as an upstanding prosecutor.

In the newly released stills, we see a worried-looking Rain, who seems to have gotten into some kind of scuffle. He sports a small bandage on his cheek and his injured hand is in a cast. Judging by his stylish suits, though, this is Rain working as a lawyer in his real world. 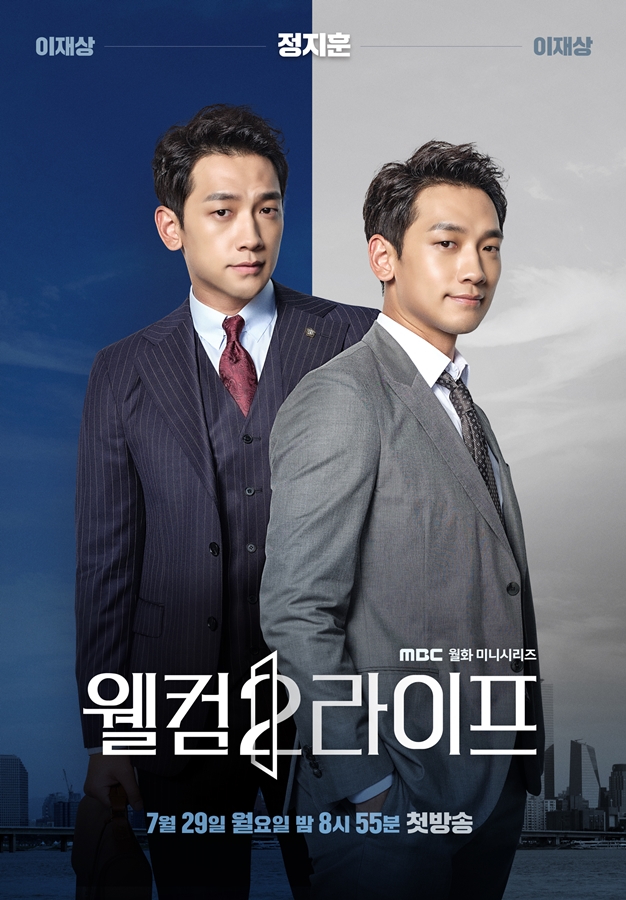 The new character posters follow the theme of the two worlds, and feature the three leads straddling the divide in-between.

On the left side of Rain’s poster, we see the dour-faced and self-serving lawyer sharply dressed in a fancy, pin-striped 3-piece suit. On the right, we have the principled prosecutor in a simpler and modest grey suit. His tie is loosened at the neck and he gives a small smile. 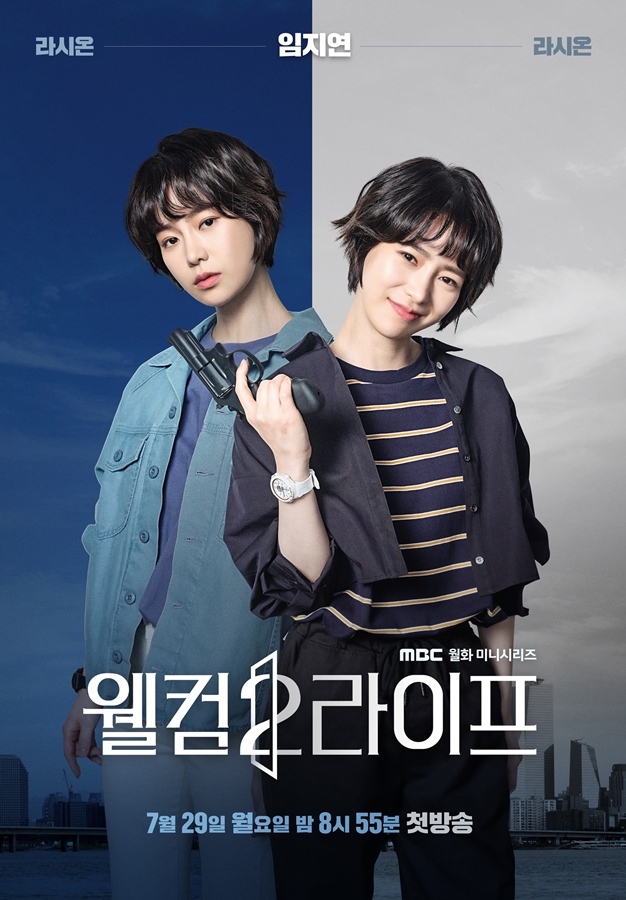 Im Ji-yeon’s poster depicts two versions of her character as well. She plays the role of Ra Shi-on, who is lawyer Rain’s ex-girlfriend in the “real” world. In the poster, she’s shown on the left, dressed casually in blue, and has a cold, disinterested expression on her face. On the right side, we see the parallel version who is a police detective – she holds a gun in one hand and has a cheerful smile. In the parallel universe she is Rain’s wife and the couple have a young child. 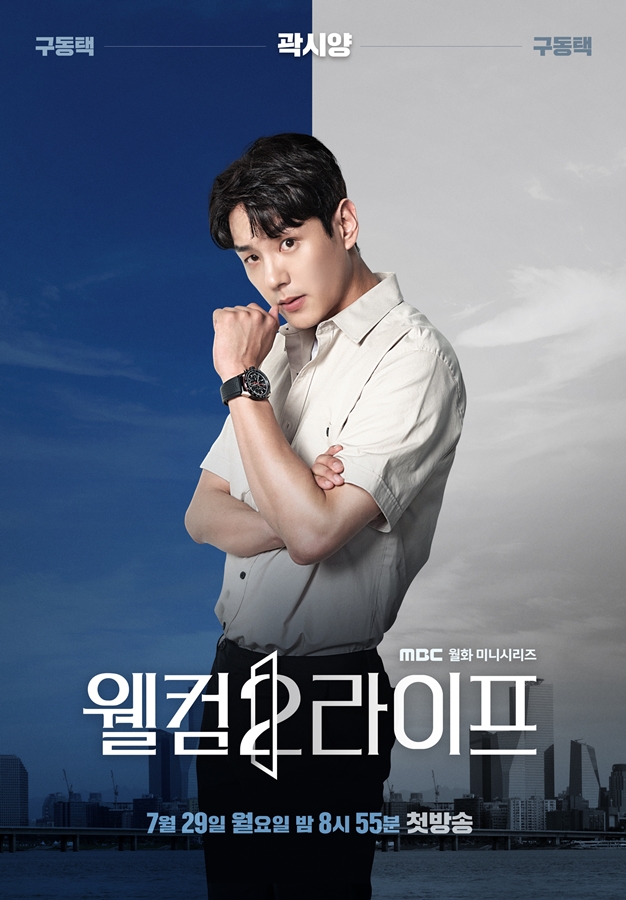 Kwak Shi-yang’s poster is a little different as he is pictured as a single person in the middle of the two universes – alluding to his ability to travel between the realities. He plays the character of Gu Dong-taek who has a tsundere personality. He’s Im Ji-yeon’s sunbae and partner as a police detective.

On the production team for MBC’s new show, writer Yoo Hee-kyung will be penning the scripts and directing will be done by PD Kim Geun-hong.

Can't wait to have Rain Oppa on my screen again!

Can you say "underrated" (as far as acting goes)?

Kwak Shi-yang is someone I have been half following since he played second lead in Second to Last Love. He was also appropriately creepy in Chicago Typewriter (watched it twice). People love Rain, but I have never really seen the draw, nevertheless I will give this one a go since I love this kind of Sci Fi trope.

I don't know why I can never get behind any of Rain's characters and always end up having major SLS instead. In My Lovely Girl, I was shipping L so hard with Krystal. And in Sketch, I rooted so much for Lee Dong Gun's "baddie" instead. Seeing this, I just know I'm just going to end up rooting for KSY's character.

I admit enjoying him in Come back mister, but no romances.

The idea of the posters is good but I am not so sure of the execution. I would expect a bigger contrast between the two halves. The differences are too subtle to have an impact.

Yoo Kyun Sang's Poster was better for that for Class of Lies.

The concept intrigues me—alternative universes are my catnip.

At the risk of sounding like a grouchy ahjumma, can I vent about a pet peeve? I am exasperated by the unending stupidity—and danger—of poor gun handling in film/TV posters. She's just posing so there is no reason for the detective to be jauntily holding her gun by her face—with her finger on the freaking trigger! She should have her finger straight and pressed against the frame—even if the gun is on safety.

I realize that gun ownership and gun deaths are very low in SK. But pop culture and images like this matter.

As a designer—and politically-liberal deer hunter— I think it's unethical to portray a character casually handling her weapon this way. Designers and creative directors in the industry must to push back against the need to have weapons next to the characters' faces!

I am still traumatised by A Love to Kill. That has to be Rain's best performance for me. He broke my heart. The show broke my heart. None of his other dramas touched me in quite the same way.

Why is everyone so handsome?!;)

Looking forward to this. I love Rain. He hasn't had many drama hits in years so I'm hoping this is one.