A lot of my interest in this show stems from the drama reunion between Jung Kyung-ho (Life on Mars) and Park Sung-woong (Hundred Million Stars From the Sky), but I’m glad to finally see some of the female stars of upcoming tvN fantasy drama When the Devil Calls Your Name. There’s a new trailer out featuring the eternally unlucky songwriter played by Lee Seol (Bad Detective), and some new stills with Lee El (Matrimonial Chaos) as a charismatic entertainment company CEO.

The trailer is quite short, and begins with Lee Seol’s character on stage with her guitar. She looks quite uncomfortable on stage, and offscreen, she asks whether she really doesn’t have any talent. Jung Kyung-ho says that when he hears her song, “I feel like crap.” Damn, that’s harsh, considering his deal with the devil stole all her talent and luck away, and is the reason for his own success. Or maybe that’s exactly why he feels terrible when he hears her singing, because of his guilt from knowing he basically ruined her life.

The trailer might seem a little melancholic in tone, but the show is billed as a comedy, which explains those massive shoulder pads Jung Kyung-ho is sporting in one of the stills. I’m really looking forward to his relationship with his boss, Lee El, too. I kinda hope she cuts through his bullshit from time to time, since she’s described as a charismatic and frank businesswoman who gives it to people straight. She definitely looks the part in these stills, and I hope the writer gives her a lot of screen time with her star songwriter.

When the Devil Calls Your Name will air on tvN’s Wednesday-Thursday slot and premiere on July 31. 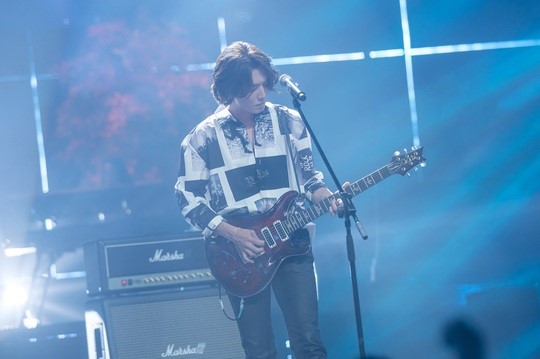 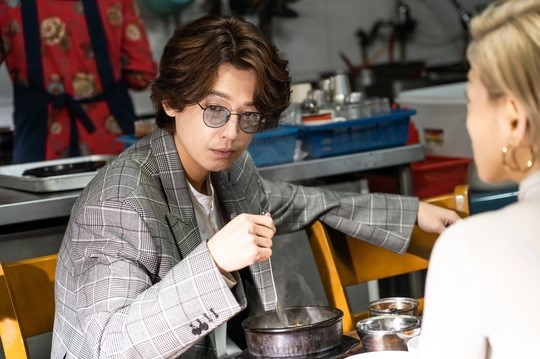 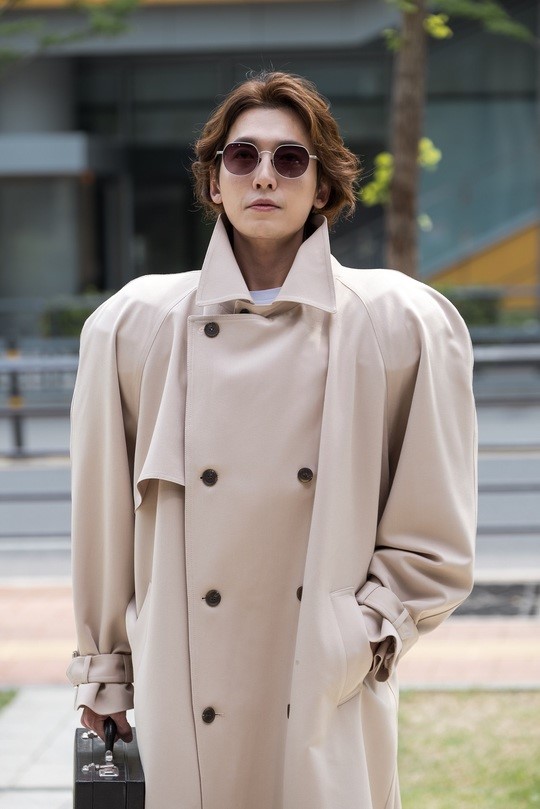 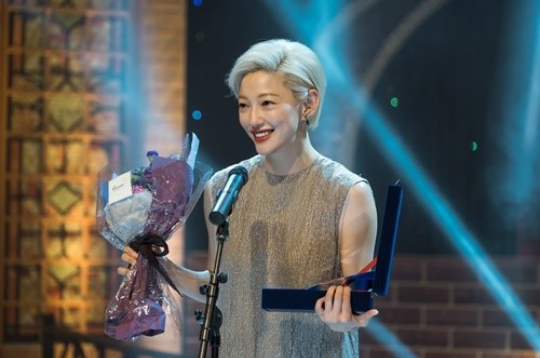 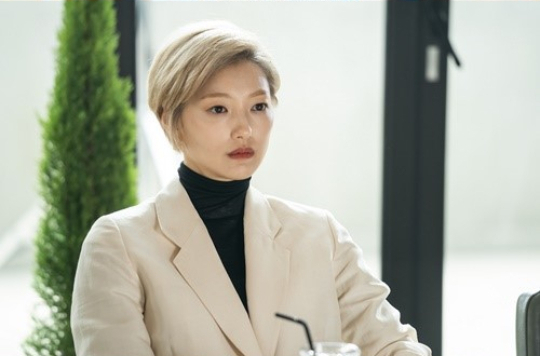 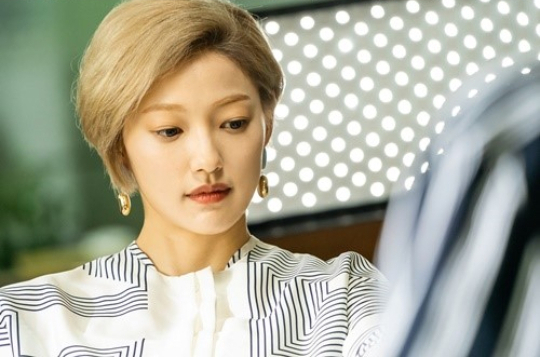 *sighs*
That jacket........is quite unfortunate.
Anyway, I haven’t seen Lee Seol in anything so I’m looking forward to see what she’ll bring to the table. Maybe she’ll be able to convince Jung Kyung Ho that the Gru look isn’t...so great.

I’m cackling, that’s EXACTLY what it is!

Right!?!? But I think it was @bebeswtz that mentioned it first!

Hopefully, that jacket won’t be making too many appearances is all I’m praying for.

I’m actually wondering if it was a request made by Jung Kyung Ho himself... The guy seems to have a wacky side to him at time 😅😅 And if it really is him who requested it personally to the costume department for this drama, it juuuuuust might make a few more appearances than we’d probably like 😅😅

@bebeswtz
Interesting.....I guess we’ll just have to find out when the drama is out.

Lee El has the look that can pull any style. I dig her blonde hair.

I took one look at those shoulder pads and was like "wow, that's the man Sooyoung is going to marry" lol. Anyway, can't wait for this drama

😄😄
Honestly I wouldn't pay more attention to him if he's not Sooyoung's boyfriend. Now I know he has a good eye for good script, I'm looking forward to see his dramas. But that was not the case before. Maybe I would just like him enough but don't care much like how I feel about Namgoong Mon, Yoo Yoon-seok and most actors in dramaland.

His choice in scripts is not that great at times but he is a really good actor and a total scene stealer.

I feel like he's had a good run the past few dramas! Prison Playbook and Life on Mars were very good.

Kyung ho's strongest work is character work. And there is nothing wrong with that.

I don't think they are. The most recent news is Sooyoung saying they have no plans for marriage yet, I believe.

I WISH, but I feel it in my bones that they're going to get married (someday)

@tipsymocha devil is not billed as comedy but a melo occult fantasy supernatural drama~ so many words to describe this 🤣.I hope it does have humor sprinkled through out.

He looks like a vulture+gru+americal football player hybrid. That jacket needs to go. I do think its from the 80's, he is from the 80's. My hunch is he remains young because of the deal with the devil.

Why do I keep thinking Oscar Wilde and Portrait of Dorian Gray?

his long hair looks so good! i am honestly dying at the shoulder pads....

Lee El looks fabulous with any style for real!!!! Those sholder pads were included in the contract he did with the devil or what?! I must say i'm really anticipating the execusion of the plot surrounding our hero or anti-hero in his case guilt in respects to Lee Seol's char. as somehow i'm worried it could look fake or unnatural(i mean,come on,he made a deal with a devil and after he starts feeling guilt,he coldn't be so naive to think the gift that he got was that and not causing harm)if that makes any sense...

i have to watch JUST for that gawd-awful shoulder padded coat!!
: D

i will watch this pads or not! i sure hope it is good! i know jung hyung-ho can make this fantastic cause he is that kind of an actor.