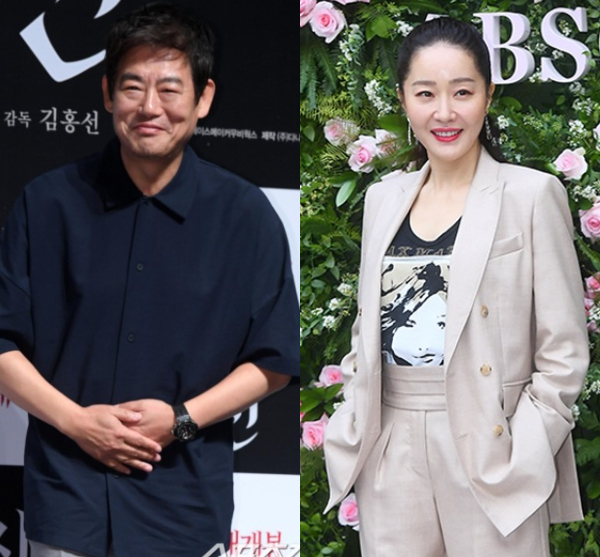 Oh, this sounds really promising. There’s a new drama in the works at tvN that’s creating a bit of buzz, and the producers behind Method has just announced that offers have been made to Sung Dong-il (Trap) and Eom Ji-won (Spring Must Be Coming) to star. More interesting though, is the writer – director Yeon Sang-ho, who was behind the 2016 zombie hit Train to Busan, will be penning the script for the show.

The show is billed as an occult thriller, which sounds like something right up director Yeon’s alley, since he was also created the animated source material for OCN’s Rescue Me 2. The director is certainly keeping busy, what with the upcoming release of Train to Busan’s sequel later this year. I just hope we get some more details of the plot soon, because there’s not much information available as of yet.

Sung Dong-il has been offered to play the CEO of an IT company that has grown to become the biggest in Korea, while Eom Ji-won, if she accepts, will be a passionate journalist who cannot abide injustice. Along with a young girl, the three become aware of an evil spirit that lives in the shadows of the IT company Sung Dong-il’s character runs, and presumably, they will fight to get rid of it. The reports also mention someone whose unfortunate fate means they must go around lifting curses, though it’s unclear if that means there’s a fourth character, or if this curse-breaker is one of the three.

No word yet on when we can expect Method to air on tvN, but, given the show has already started casting, I think I can safely say we might see the show before the year is out.

Oh this is right up my alley. And it's by the Train to Busan writer? I'm in.

Dude. Did someone just put in Sung Dong il and Train to Busan in the same sentence? Don't. Even. Get. Me. Started. HELL YYASSSS!!!!

Wow! I am in! This gonna be great!

@waadmay we gonna watch it together!
*puppy eyed*

i will watch this no questions. none.

Thanks for this interesting casting news, @tipsymocha. METHOD's title is a lot less exciting than the prospect of seeing Sung Dong-il in a drama by writer-director Yeon Sang-ho. TRAIN TO BUSAN was terrific, and I don't even like zombies all that much. As long as Park Il-do is not the evil spirit infesting SDI's IT company, I think I can handle it. As for the curse-lifter, I'm getting a few HWAYUGI vibes, especially if the party is a compassionate mere mortal. Please let the exorcists sit this one out. And skip the face blindness, too, okay? And hold the robots, Writer-nim... ;-)