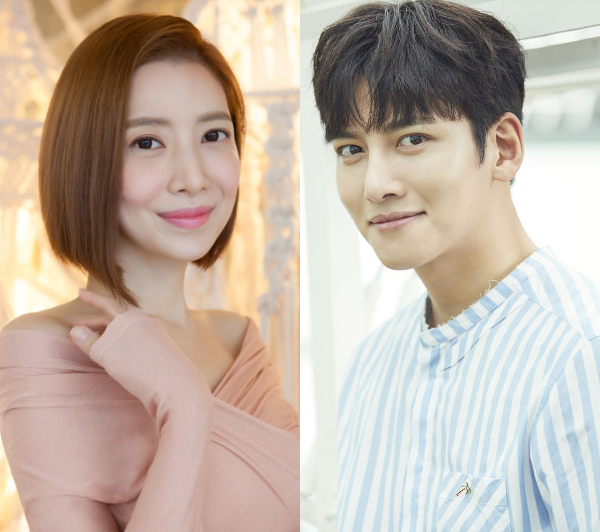 This is interesting. Actress Yoon Se-ah (SKY Castle) has joined Ji Chang-wook (Suspicious Partner) in his new drama about cryogenics. Written by Baek Mi-kyung (Miracle That We Met) and directed by Shin Woo-chul (Fox Bride Star), this tvN drama is called Melt Me. A man and a woman participate in a project to be frozen for 24 hours, but something goes awry and they wake up 20 years later.

Ji Chang-wook plays a PD named Ma Dong-chan, and Yoon Se-ah will play his first love, a news anchor named Na Ha-young. They were engaged, and she was even the narrator for the program that Ma Dong-chan started twenty years in the past. But after he disappeared, she just focused on her career and became a cold husk of the person she once was.

I’m looking forward to this drama for multiple reasons now. The writer was the mastermind behind Beloved Eun-dong, one of the most heartbreaking melodramas in recent drama history. Shin Woo-chul, the director, had worked with Yoon Se-ah several times in the past including some of my favorites of her like A Gentleman’s Dignity And Gu Family Book. And did I mention, it’s Ji Chang-wook’s army comeback project?

Ok. So I am *really* excited for this drama because I love, love, love Yoon Se-ah. That she is teaming up (again) with Shin Woo-chul is even more exciting.

re the idol casting... I am hoping that he will be the love child for YSA and JCW... because I'm getting serious Gentleman's Diginity vibes off this show in terms of tone. We'd then have another dad v son love off with WJA at the centre... please drama gods let this happen!!!

I'd be thrilled with that, but I doubt it will be too similar.

I will be checking on this drama because I loveeeeeee Ji Chang-wook! (though I must say that I didn't follow K2 because I didn't feel it for a lot of reasons).

I also like Yoon Se-ah. I've seen a couple of dramas with her, but I loved her role in Just Between Lovers. Coincidentally, her co-star from that drama, Won Jin-ah, will be the female lead for this newly drama (they will get to work together again).

This kind of love stories “melt” me... like Bing Goo, or Captain America: to wake up/thaw and realise that your loved one has aged and you missed having a life with them... ack. Pain in a good way.

Love Cap and Peggy's story. I didn't care much for Sharon so I was happy how it turned out in ENDGAME.

a bit OT but in the comics he has a proper relationship with Sharon but they never went there in the films (and just teased a Bucky-Cap ship).

I'm hoping for more humor than melo, but I'm loving the cast so far.

who exactly is the female lead? won jin ah? or yoon se ah?

Id like to know too! But either way, im definitely watching!

I was going to ask this also.

And again, I would be remiss to not add...

They are nine years apart, that means, a totally noona romance. I wonder how it will play out. And it is an interesting pairing.

I thought JCWs love interest would be won ji ah!

I would be more excited if Yoon Se-Ah become the female lead instead.

So on paper I'd raise eyebrows at that plot line in a kdrama but, holy moly, what a casting!

I love Ji Chang-wook so of course I have to watch this!

However, I am seriously apprehensive about Baek Mi-kyung. I have only seen one of her dramas and it was one of the worst dramas I have seen in a very long time and it was almost entirely due to the horrifically bad writing. Strong Woman Do Bong-Soon. So I am really really hoping this drama will be good because I want Ji Chang-wook's comeback drama to be good and I am already loving the premise (but I was also super excited for Strong Woman, both because of the plot and actors). Fingers crossed!

You stopped me dead in my tracks, I was so excited for this drama and then you mention Strong Woman. I couldn't finish it was so bad and offensive. I hope it's better written too.

Strong Woman Do Bong-Soon - ugh, that show! So stupid, and one of my kids caught an episode and I had to explain that no, most kdramas were better written and no, I didn't really like it. As much as I like Ji Chang-wook he can pick some stinkers (cough K2 cough) so my hopes are sinking. Plus I really hope Yoon Se-ah is not the romantic lead because given her "type" I don't see a good mesh with JCW at all. It would be a perfect love story gone bad, though.

This isn't going to be a full-out melodrama, is it? I don't mind Melo plot-lines, but I'm not a fan of it as a genre.

The synopsis doesn't really grab me, but I do like the cast. Yet another upcoming drama I'll have to check out, I guess.

hurray! He's back! now we just have to wait for 1/2 a year-we waited for him to exit the army so what's a bit longer? it will be worth it me thinks! i love yoon se-ah too so bring it on!

Soon we gonna see people fight for Who The Best Chemistery with JCW between two female lead ...

The only time i've ever been bored during a show that starred JCW was Whirlwind Girl and that's only because he wasn't on my screen enough. (I fear I might've missed some of his screen time as I fastforwarded through the other characters though). :(

ill add to my watch list just cause Eun dong-ah broke my heart in zillion pieces which marathon... it touched my heart and if this drama will get even 10% of emotions of Eun dongah(though i hope for more) ill be happy with it.

I do not need to read the article, I am already melting when I read Ji Chang Wook's name

The writer is inconsistent going from bad (SWDBS) to meh (Miracle That We Met) to great (Woman of Dignity). I hope this drama will be good.

Aww I kinda wanted a noona romance between these two, but I guess side love story will have to do. I want to watch some good noona romance.

Hm, the Fox Bride Star PD played us by introducing Dusty the cleaning robo, and then not giving him (her?) enough air time. And of course that very odd final scene.

So excited! Well get to see JCW pull out all the feels for his aged fiance.

Love Ji Chang Wook and Yoon Se Ah. She does an excellent job of playing a cool/cold career woman with just enough warmth to keep her human and interesting. Her role in Forest of Secrets proves that.

Earlier this year I rewatched the 2016 series "My Wife Is Having An Affair This Week" and was surprised to see Yoon Se-ah in the small but pivotal role of the cheated-on spouse of the cheating wife's lover. In a simple cafe scene Se-ah's character destroys her rival with just a few words. Its a powerful scene done perfectly.