Creepy neighbors and suicidal diaries in Hell Is Other People 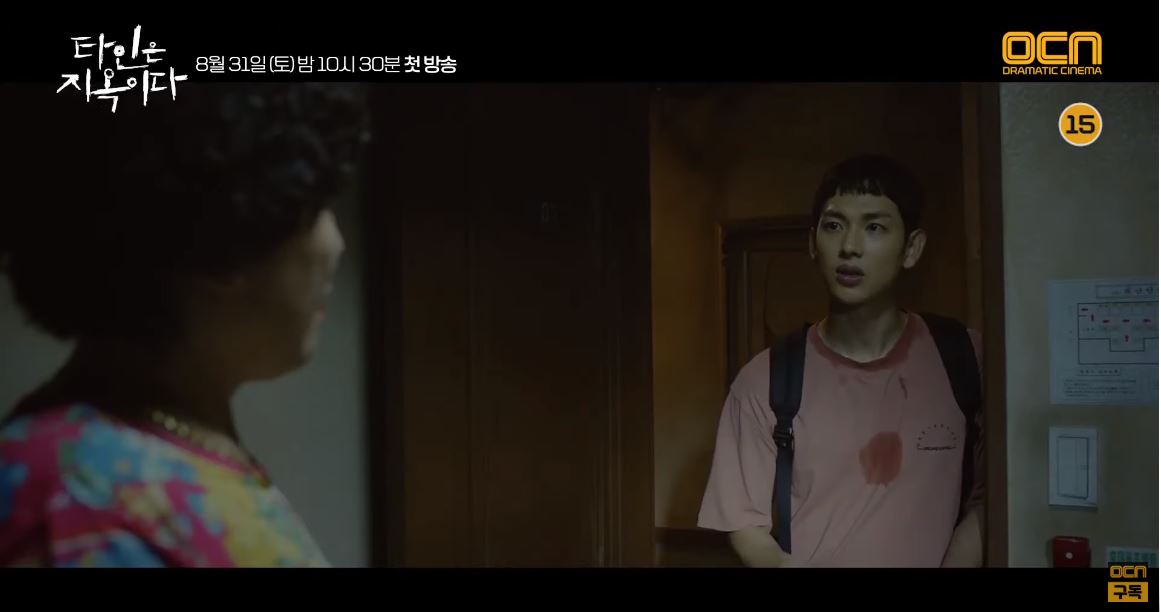 The first teaser for Im Shi-wan’s (The King Loves) upcoming drama Hell Is Other People has just been released, and the creepiness of it just sent shivers up my spine. Im Shi-wan stars as a young man from the countryside who comes up to Seoul by himself to begin an internship offered by his college sunbae. However, as he continues to live at his cheap goshiwon surrounded by strangers, everything begins to twist into a hellish nightmare. However, his girlfriend, played by Kim Ji-eun (Doctor Prisoner), thinks he might be overloaded with anxiety and overthinking the situation. In contrast to his other creepy neighbors, Lee Dong-wook (Touch Your Heart) and landlady Lee Jung-eun (Welcome to Waikiki 2) comes off as somewhat normal and friendly. But are they really?

First of all, the living conditions at Eden Goshiwon are terrible, with narrow dark hallways, stained walls, and tiny rooms. The rent is cheap at least, but as Im Shi-wan asks his Lee Jung-eun at the start of the teaser, “Even if this is a poor neighborhood, how can the rent be this cheap?” At the goshiwon, Im has a bedroom to himself but the other areas like the kitchen, bathroom, and balcony are shared with the other residents. We see some of his neighbors as Im continues, this time speaking to his girlfriend, “I think the people here are weird. One guy keeps stuttering and laughing to himself, another guy keeps cursing at me for no reason. And I’m not sure who, but I’m sure someone’s been sneaking into my room.” His girlfriend dismisses his concerns and we cut to Im on a rooftop with the friendly neighborhood dentist, Lee Dong-wook, who welcomes Im as the latest new resident. Though Lee seems nice, while Im is in his room, he discovers an old diary under his bed and it puts his nerves on high alert. The pages are full of repeated phrases like “I’m going crazy”, “I’m afraid”, “I want to die”, and the scariest of them all—a single command: “Die!” Landlady Lee claims that everyone who’s ever lived in their goshiwon left after becoming successful. She finishes by saying, “Only the best people are left here now.”

Ominous! PD Lee Chang-hee is attached to direct and Kim Yong-gi, the author of the drama’s source material (a Korean webtoon by the same name), will be writing the script. OCN drama Hell Is Other People will start airing on August 31. 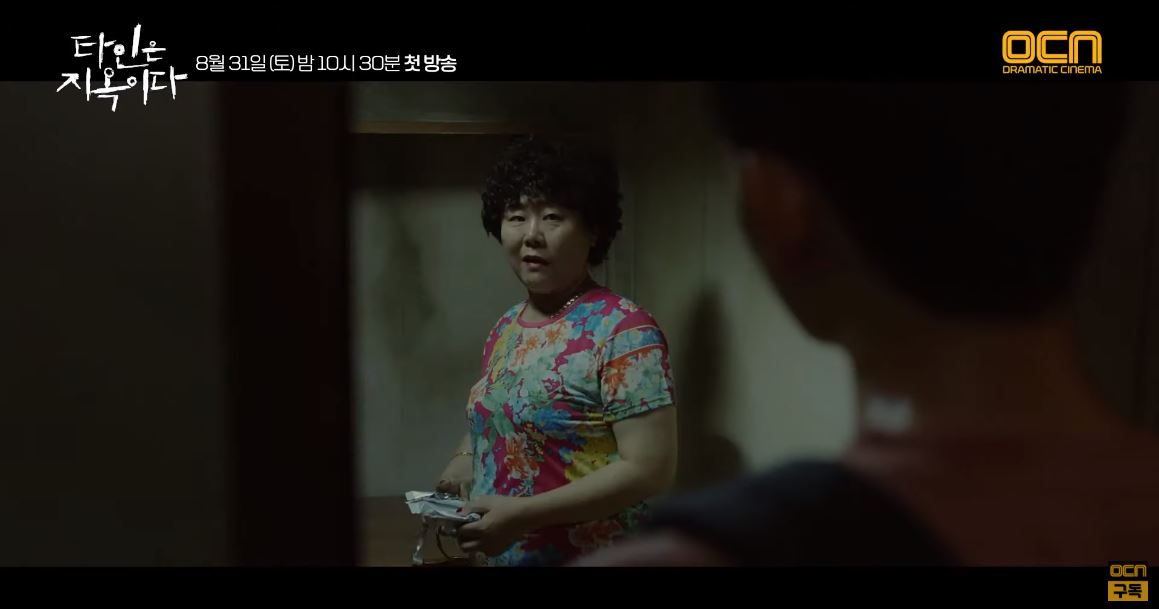 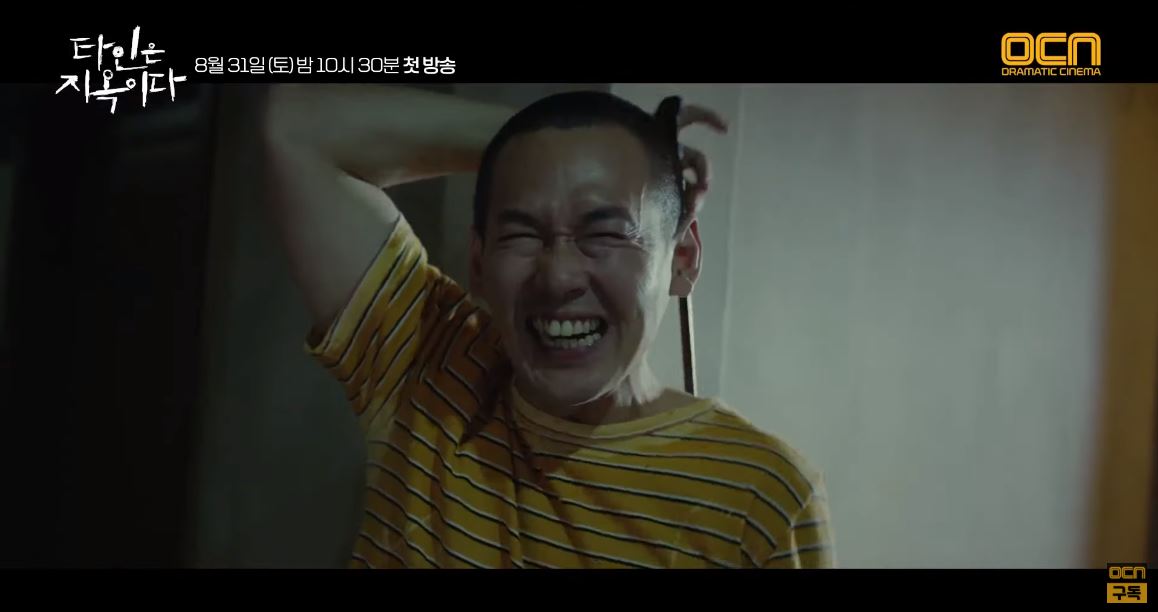 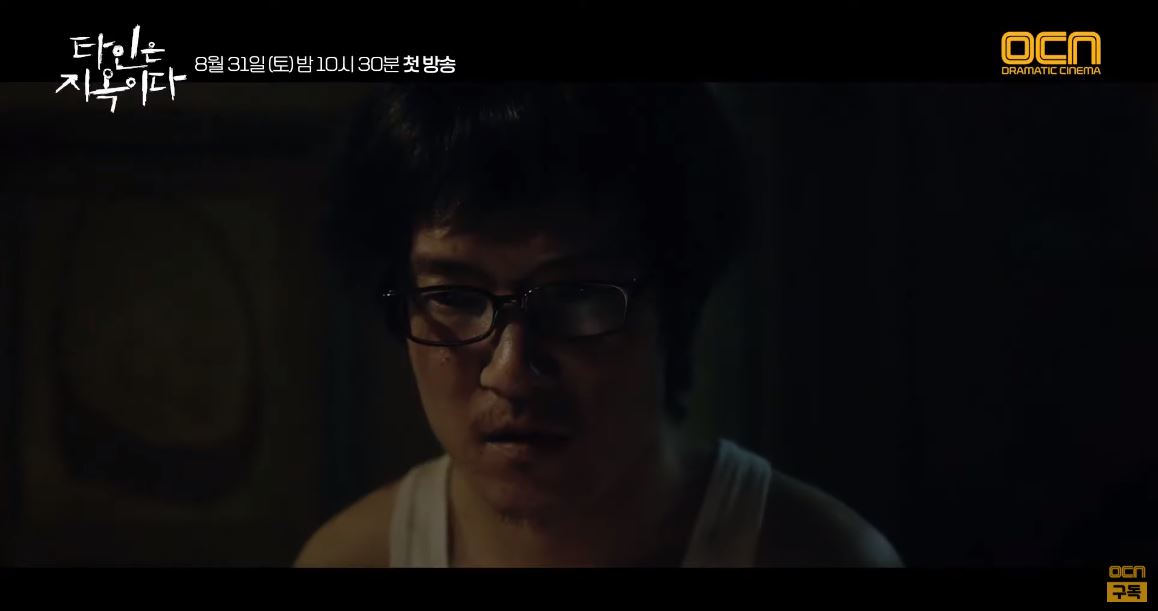 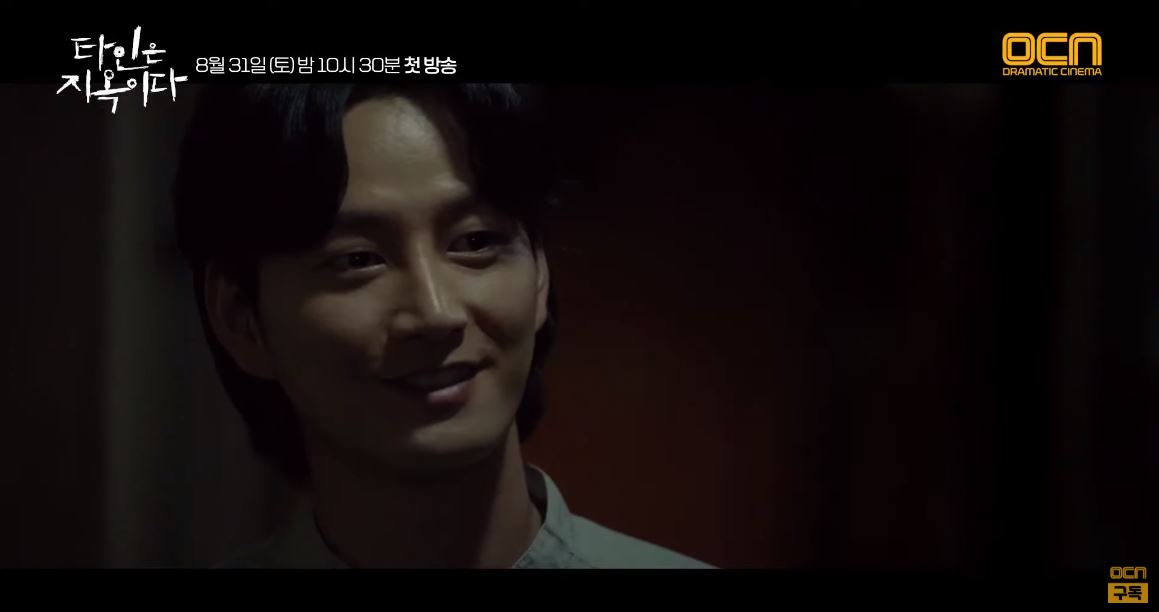 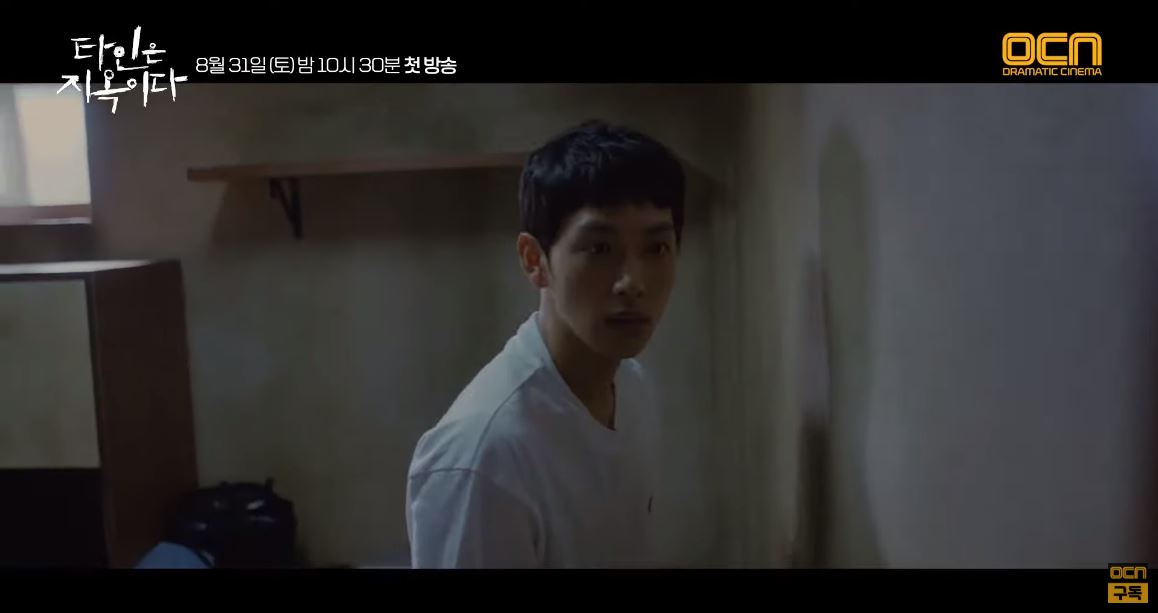 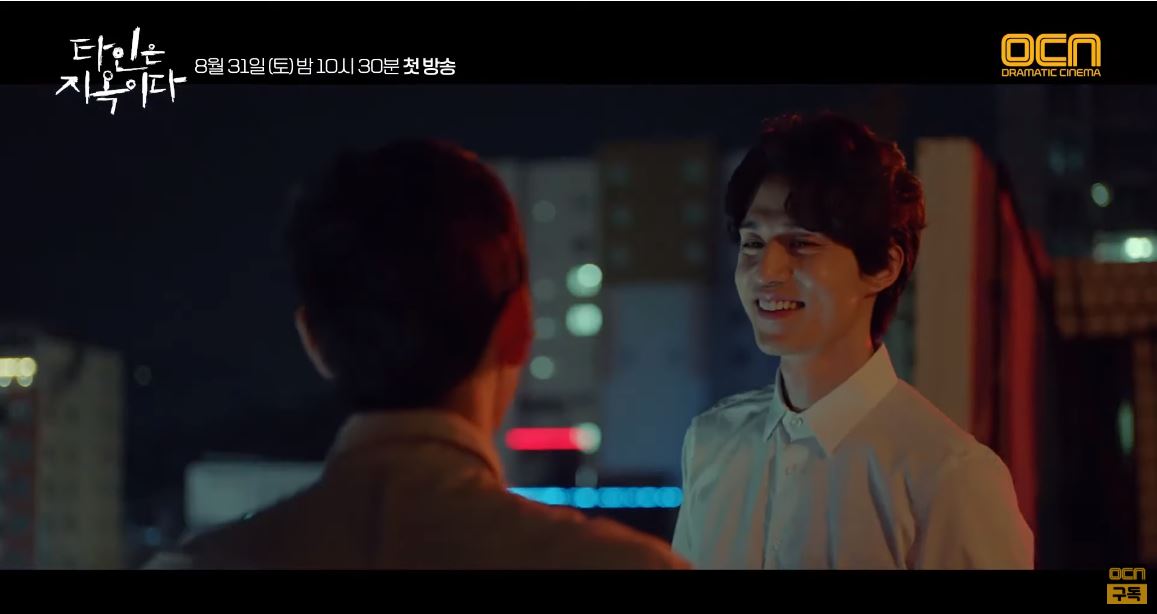 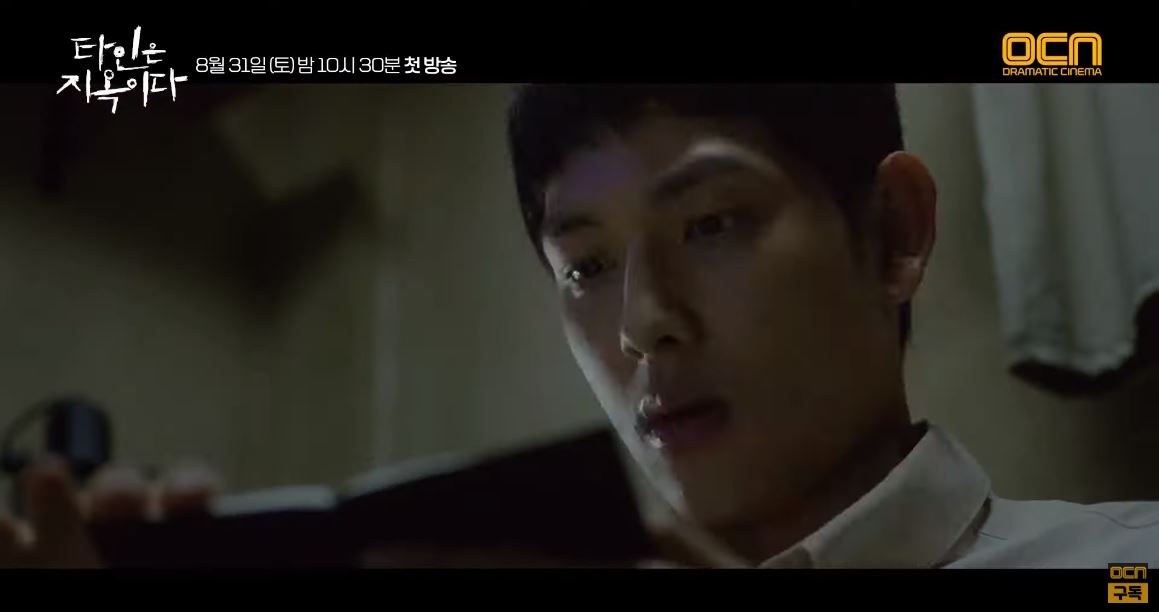 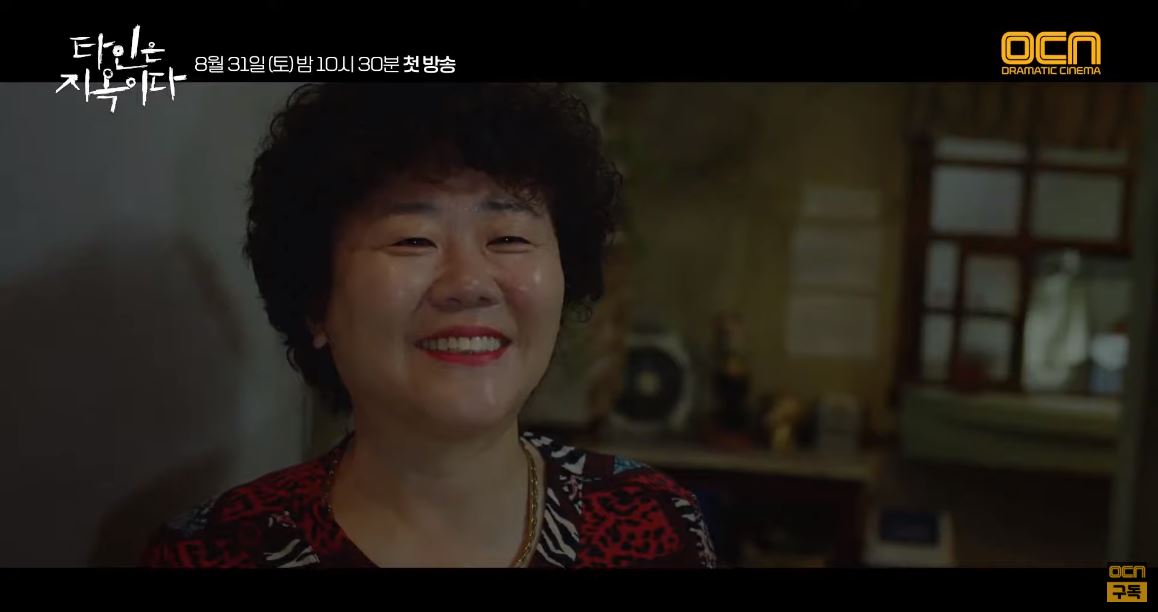 Ooooh it looks like a good creepy show! I'm dying to watch this.

is this a metaphor 4 how terrible finding an apartment is in a city and how landlords are bad... (jk almost. first place i moved into was "cheap" and it had massive mold problems--ruined my whoel wardrobe..)

this looks so fun? the last dramatic cinema was so ridiculous, so i hope this carries on the same way. i kinda wanna know more of the plot but i can't find any information! or will it just be 'slice of life horror'

Me too. ... But with my eyes closed and sound on mute. That's how I plan to watch this. Lololol.

I can't wait! I hope this goes as all-out-horror as the trailer suggests. I'd love another good horror drama.

I'm curious if they will keep this creepy side or it will become more humorous throughout the drama.

The line "hell is other people" comes from a 1944 play by Jean-Paul Sartre.

I missed this news! I was waiting for this show! And it's starting tomorrow??? Dramaland doesn't give a fork about the space-time continuum and keeps churning out stuff I'm interested in. T____T

Time, the eternal struggle for dedicated drama watchers. I would tell you to slack off at work, but this doesn't seem like the best place to say that to you.