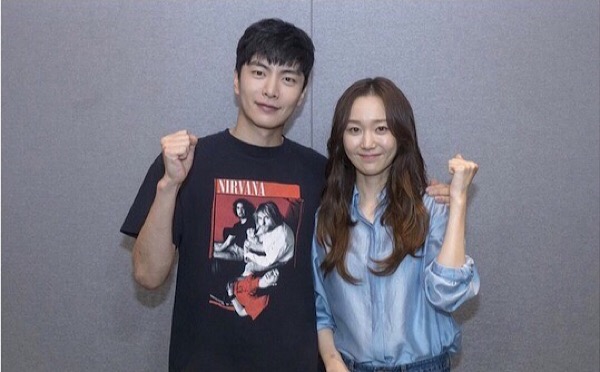 Political thriller Everyone’s Lie is off to a strong start, according to the news of the first script reading. Lee Min-ki (Beauty Inside) and Lee Yoo-young (My Fellow Citizens) star in this new OCN drama about the desperate rise to power of one woman.

After the sudden death of her father and disappearance of her husband, Lee Yoo-young must become a congresswoman in order to get him back. Lee Min-ki plays Lieutenant Jo Tae-shik of the Seoul Metropolitan Police Agency who has a strong instincts for his line of work. He is an investigator who cannot pass by any suspicious death.

Along with Lee Min-ki and Lee Yoo-young, the following actors were present: Ohn Joo-wan (Man Who Sets the Table), Lee Joon-hyuk (The Wind Blows) who plays the team leader of the Regional Investigations Unit that Lee Min-ki’s character is a part of, Kim Si-eun (The Guest) who plays a police sergeant that used to be a national track-and-field athlete, Yoon Jong-seok (The Crowned Clown) who plays a current police corporal of the investigations support team that used to work at a big corporation, Kim Jong-soo (Haechi), Yoon Bok-in (Let Me Hear Your Song), Seo Hyun-woo (Time), Song Young-chang (Confession), Cho Ryun (Clean With Passion for Now), and Kim Hak-seon (A Beautiful World).

The production team said, “The detailed script of screenwriters Jeon Young-shin and Won Yoo-jung with the touching directing of PD Lee Yoon-jung (Argon, CHeese in the Trap), and the unique acting of the actors who breathed life into their characters despite it being the first practice, all came together into a harmonious script read.”

OCN original drama Everyone’s Lie will begin airing on Saturday-Sunday in October, after the end of Strangers from Hell. 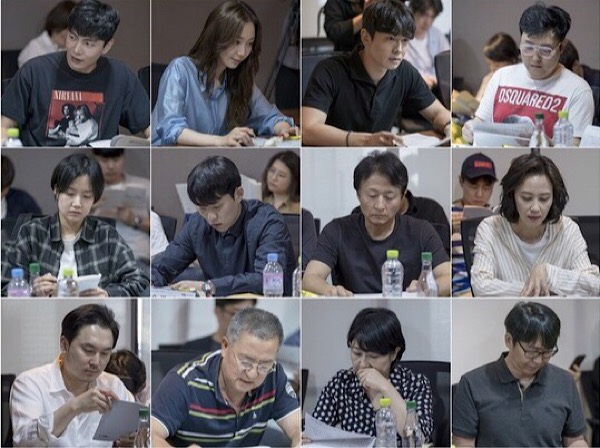 Ooh October. And I love Octobers.

Though it fell apart for me I did enjoy most of Cheese and how it felt like real students on a campus. I enjoyed the cinematography of it.

Not sure if I'm ready for all this news of September/October dramas beginning production. September/October dramas going into production means it's the beginning of the latter half of the year. Prepping for the latter half of the year means that the year-end awards and year end reviews are also coming soon. I'm not sure I'm ready for that. WHERE DOES THE TIME GO??????

I enjoy this way more than going into the store and seeing Halloween candy.

But also I love Christmas and just like how autumn is Lee Min-ki season, winter is Yoo Seung-ho season. Why do spring and summer even exist we don’t need them.

lee Min Ki! you're back! that means i am IN!

*sees Lee Min-Ki and Ohn Joo-wan’s names together in a drama* Eeeeee I have nothing coherent to say...
Except he’s wearing a Nirvana T-shirt and oh please let this be the first OCN drama I can watch. 🙏🙏

I hope Lee Yoo Young is doing better and is getting much needed counseling. I’m still so worried about her but I’m glad she’s back in another drama.

This PD’s last drama was Argon with KJH. I’m hoping LYY finds some support with this PD.

As much as I got enamored with Lee Min Ki due to Because Its My First Life and Beauty Inside, I do side eye the way his case got handled which was very strange one imo. From the few articles I read, makes it to be a confusing situation. That being said, I think he's very talented and has this weird charm to him so I'm looking forward to seeing him in a detective role. Also gotta love his Nirvana shirt, I want his shirt as well!

It WAS a weird one. I'm glad I'm not the only person with reservations about him based on that. If nothing more ever comes of it, I will continue to give his work the benefit of the doubt, but I can't look at him in quite the same way since that all happened.

Tbh yeah. I feel weird b/c I really loved him in BTIMFL and Beauty Inside, like heart eyes. But the whole ordeal has made me side eye him. Basically what you said.