[Hey, that’s me] Fangirling inside the closet 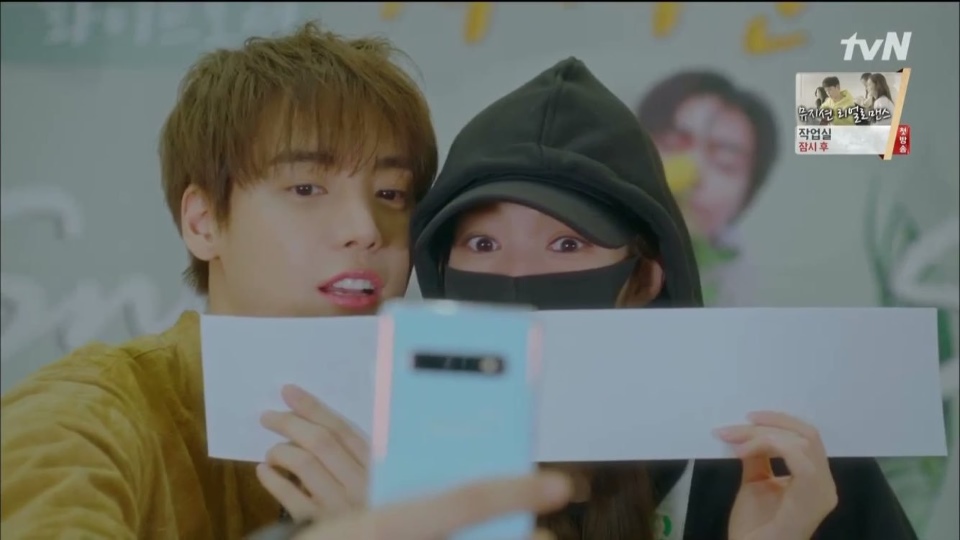 When I first read about the synopsis of the drama Her Private Life, I wasn’t exactly fond or excited about the plot. Although I’ve been a fangirl for as long as I can remember, the idea of a fangirl character wasn’t appealing to me because of how they’re usually portrayed – loud and sometimes obnoxious. Wary that they’d show this side of fangirls, plus the fact that I’m not exactly a fangirl to any idols, I never thought the female lead’s character would be so relatable to me.

I wasn’t planning to watch the drama while it was ongoing. I thought I might watch it later only for Park Min-young. But as soon as the drama started airing, I started seeing photos and video clips online and thought to myself, these scenes seem interesting too. So with a few episodes aired already, I decided to give the drama a try. 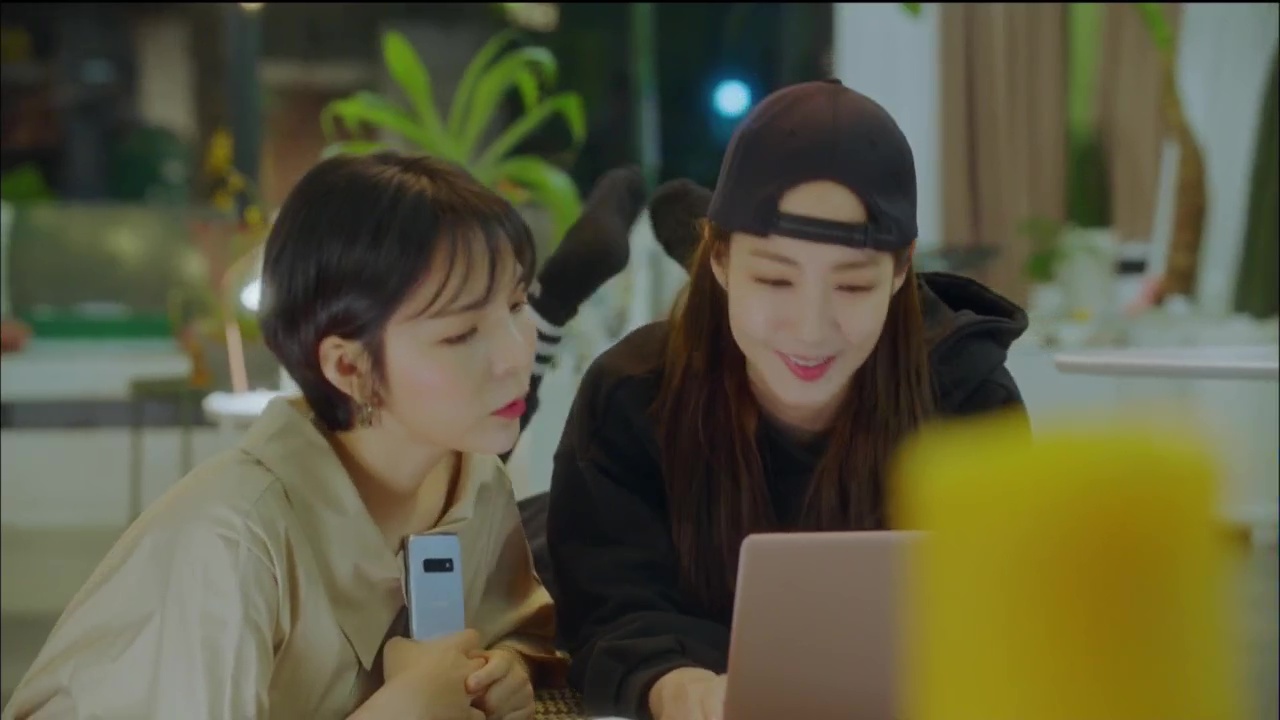 I’ve encountered a few fangirl characters before, but what drew me to Sung Deok-mi’s character was the fact that she was a closet fangirl. She’s living a professional life that is completely separate from her fangirl life. None of her co-workers know about her fangirl life and only those who are really close to her know how obsessed she is. That’s also how I am as a fangirl.

Back in my early fangirling years, I wasn’t ashamed to tell the world who I was (and still am) a fan of. There was even a point when almost every person in my class associated me with the singer I was a fan of. However, as I got older, I started feeling like I was being judged for doing something that I love. It wasn’t a good feeling, because as much as fangirling gives me so much happiness, it also gives me anxiety over what people think of me. I began feeling embarrassed of the things I do, so I started suppressing all my fangirl feels and only shared them with people who I thought might understand.

I started becoming a closet fan. Like Sung Deok-mi, I went to find my own safe place and joined communities where I shared my thoughts and feelings with people who were fans like me. I could no longer confidently share how I felt in my personal accounts or with people in real life as much as I pleased.

However, I’m not as secretive about my fangirl life as Sung Deok-mi is. (I don’t think I’d refrain from telling my idols that I am a fan if I ever got the chance to meet them.) A few of my officemates and friends also know about some people and stuff that I like, but there is a certain level of closeness and comfort needed for me to reveal myself and confide my fangirl feels with them. It’s always nice to at least have some people whom you can comfortably share EVERYTHING without the fear of judgment because you know you share the same love and they know exactly why you feel that way. 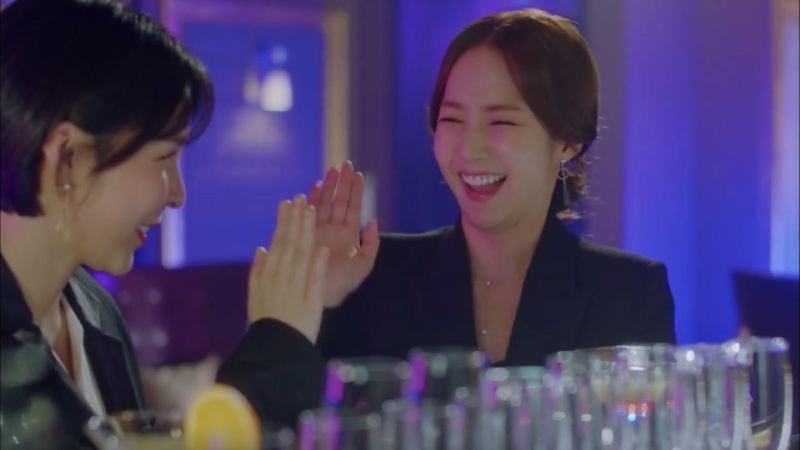 I can see myself in Sung Deok-mi in many ways and there are sides of her that I still aspire to be. I really admire the way she’s able to balance her professional and fangirl life. Although at first she isn’t given the recognition she deserves, you can see how dedicated and how good she actually is at what she does. I also want to develop a strong passion for what I do so that I can wholeheartedly put my energy into my work without the need for recognition and rewards. (Also, I would love to have her closet! I always go heart eyes for her office attire.)

And of course, I dream about being as successful a fan as she is. Even if she was anonymous, she had been recognized and remembered by her idol as one of his most dedicated fans. What’s even more amazing than that is the fact that she’d been able to forge both a professional and familial relationship with him completely outside of her fangirling. Although I know such luck doesn’t come easily in real life, it’s very satisfying to watch Deok-mi’s fangirling journey. I know it’s quite impossible for that to actually happen to me in real life, but I can live vicariously through her.

Sung Deok-mi will always be one of the most memorable K-drama characters for me because of how relatable she is. Watching her become a successful fan gave me a different kind of heart fluttering feeling that is not romantic, yet something that’s completely familiar. I may not be able to tell the whole world about my idols, but I’ll continue supporting them anonymously – together with the people who share the same love for our idols. Having the chance to support them is something I’ll always be grateful for because in Sung Deok-mi’s own words, “Fanboys and fangirls are satisfied with looking from a distance, because just looking at the person brings you happiness.” I hope every fangirl or fanboy like me, closeted or not, keeps on finding happiness in what they do. 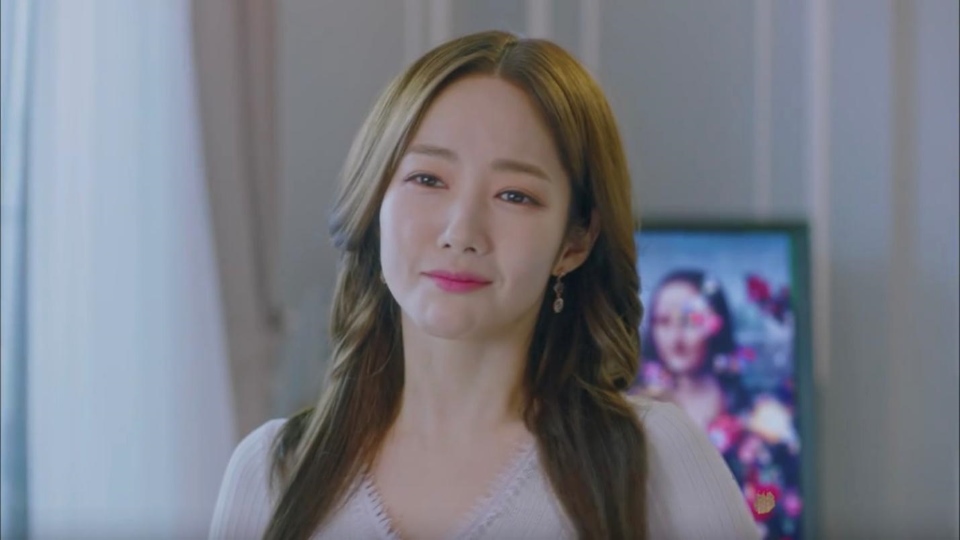 I relate to the part about being very vocal about fangirling in my younger days but becoming more private since. You do feel like you’re judged. Incidentally, my private life is here on DB! It’s an escape and refuge from the humdrum of real life.

I’ve also become cynical/disappointed/realistic that people have flaws and I shouldn’t put them on a pedestal and expect perfection. In the case of music performers and actors, I’ve become a less a fan of specific people and more of their work.

omg i know the feeling of being cynical about some artists you'd want to admire. i've been disappointed quite a few times already by my faves (whom i quickly dropped) so now i always have this constant fear of my other faves turning out to be a disappointment as well. but for now, i'd like to give them my trust and full support and just keep on hoping they won't do anything that would make me regret doing so.

nice article! you speak for me. i have no one to talk to about fangirling and online is my outlet. i support them a lot and wish i could have more friends to share it with. online is a good outlet for all those feelings.

@crescendo You’re talking about me!!!! Although some people know I love kdramas, very few people know I fangirl. This is why I love Dramabeans. There’s a community that shares what I enjoy and we can freely talk about it.

indeed! finding a community where you can freely talk about your feelings and also getting to know people (who eventually become your friends) is really one of the best things about fangirling

What a nice piece @crescendo!
It’s really hard being a fangirl openly!
Some people that knows I love Kdrama x KPop associate my everything to it. I never took it serious until I sang in church only for someone to tell me “I thought you were gonna sing in Korean” after the service. Wow, I felt that through my veins, it was a mixture too of happiness and sadness. I embraced it with pride but learned to be more private about it.
Which is why I’m grateful a community like dramabeans exist!

awww I love this so much! I highly agree that if I met the person I fangirl over I would tell them and not be so closeted about it as Sung Dokmi but I too have a fangirl's heart and have been this way since I was very young...I get obsessed but I don't share it much unless I think the person I'm interacting with may seem interested. It is true that we are just happy to look at the person we fangirl over <3

right??? i was waiting for deok mi to admit to si an that she's her fan. he even asked her directly about it hdshg i wouldn't think twice.

I'm completely in the closet with any fangirling I do. The most people know about it is that I occasionally watch Korean dramas and listen to some Kpop. If I found someone IRL who likes it as much as me, I'll totally fangirl with them, but sadly no one yet. When I was looking for a home, I saw one house with a room covered in Got7 and MonstaX posters and was super excited, but that's the closest I've gotten.

I hate to give Netflix any credit (lol) but they have made kdramas more widely available. One of my friends sheepishly confessed a while ago that she tried “this weird Korean show that Netflix kept recommending”... and it made everyone speak up. Turns out almost all of us were already watching Kdramas. It was so funny. 😂 So you never know. Other closet drama fans might be nearer than you think.

With Kdramas being on Netflix, I feel more able to suggest them to people than before.

Yeah, that's the thing. People are also familiar with the idea of binging a series. It's not just kdrama fans that do that anymore.

Also being on Netflix means it’s a familiar interface, not some obscure website.

I used to make fun of people who watch K-dramas until I became one myself. I curse DOTS, who sent me on the path of no return and that rainy weekend when all my plans got canceled.

Now, I am a secret K-drama addict. Yes, admitting it is the first step to redemption.

Not helping are the totally hot oppas in these K-dramas. I swear, I base my next drama to watch on the oppa I am currently crushing on. Now on episode 5 of Moon Embracing the Sun and planning to watch Producers next because of Kim Soo Hyun!!!

I know, right? I watch mediocre dramas to watch my crushlets.

You said it! Fangirls are satisfied with looking at their beloved boy band from afar. And yes, I'm a fangirl of a boy band! I started stanning them maybe 5 years ago when I started working from home. With nothing much to do but browse the net, I liked one of them and then later the whole group. But I am not of an age where screaming /standing/dancing at concerts would be appropriate. I am a grandmother who likes a boy group younger than my children. So, like Deokmi, to acquaintances I don't say anything about my bias. But my family - specially my granddaughters, know all about my private life!

dear @crescendo , Now I'm curious: who are you a dedicated fan of?

well i've been a fan of a bunch of different people throughout the years, but for korean actors/actresses, my main faves are park bogum, gong seungyeon, park eunbin and yang sejong :) they're the ones i'm sending my love to the most. thanks for asking! :)

this article captures EVERYTHING i feel! now that im nearing my mid twenties and work a "real" job, fangirling has become much harder...but ill never stop! and i love that.