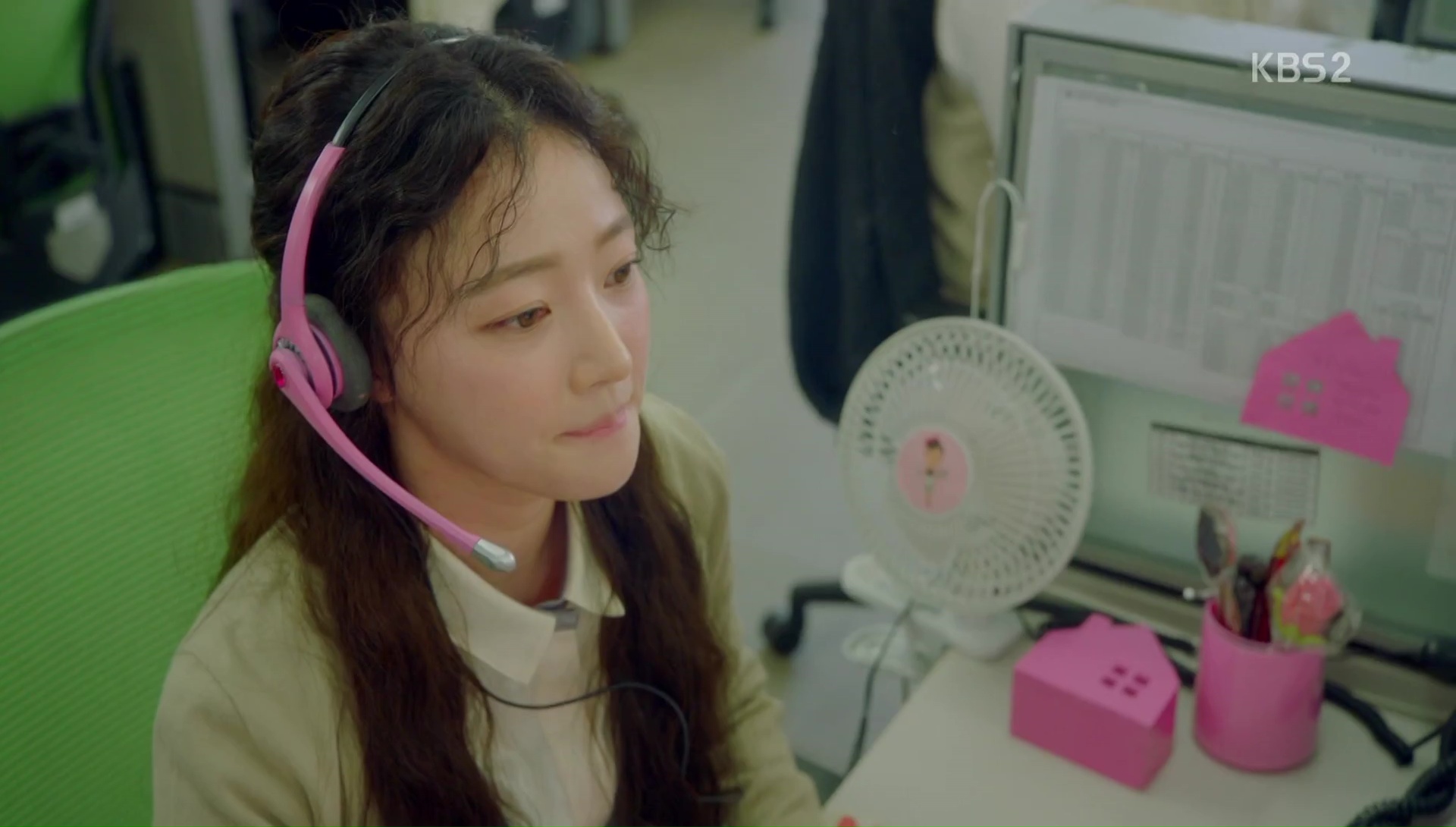 Two years ago, I was burning out of my first full time job after only a few months, and it triggered an anxious meltdown that I am still recovering from today. I had never had anxiety before, but now I was obsessing over what had gone wrong with this job, what I could have done differently, and what was wrong with me. I felt like I had to be brutally honest with myself if I wanted to figure it out, which led to a lot of negative thoughts.

I figured I was just not suitable to be a functioning adult, but I would have to deal with it somehow. Could I live the rest of my life in that office like a robot, turning off my personality and my brain? Turning off my interests and my dreams? My waking hours were a swirl of panic as I tried to figure out what to do, and I had stress dreams every night. Should I stay and tough it out, or was there somewhere I could go that would be different, somehow? 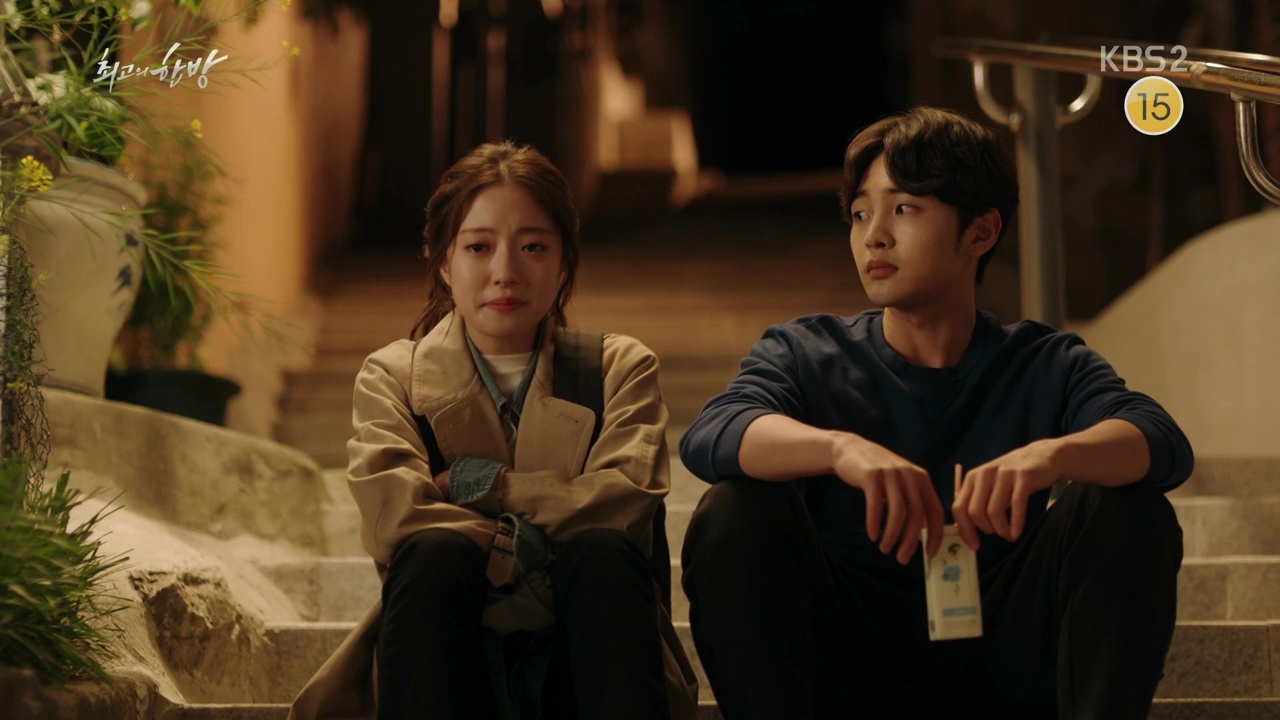 I lost interest in my hobbies, and I was desperate for something to fill up the hours of the day. When a new batch of dramas began, I had my hopes pinned on finding something, anything, that would distract me from my thoughts.

Starting with a drama called Fight My Way that summer, every single new drama that I picked up was about me. All the characters in Fight My Way were me, working at jobs that were not suitable to them. When Ae-ra pasted a smile on her face to cheerfully greet customers but was seething inside, that was me. When Dong-man didn’t want to talk about his former dream with his coach, that was me. When Joo-man put off proposing to Seol-hee because his job meant he wasn’t yet good enough for something like marriage, that was me. It was especially me when Seol-hee went to work in the company uniform, even though she didn’t have to, because it was easier and cheaper than spending effort on dressing nicely in clothes that suited her. 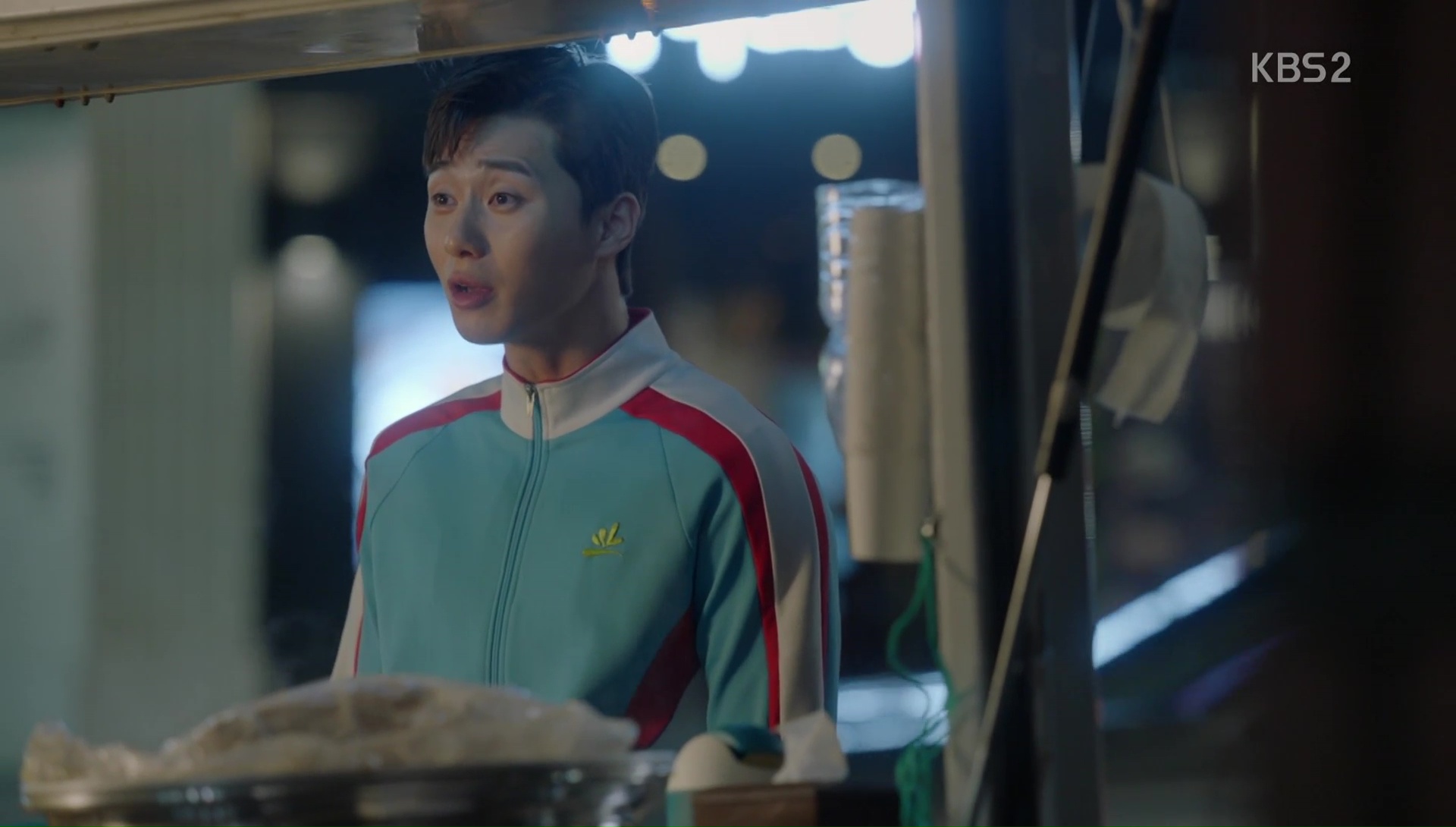 Strong Woman Do Bong-soon, The Best Hit, Because This Life Is Our First, I Am Not A Robot, and Thirty But Seventeen all came out in the next year or so, and I watched them in quick succession. I cried like a baby in the early episodes of each drama when someone was untethered and adrift in the world, ashamed of not finding the usual type of success, or trying desperately to make the thing they liked work for them. It was clear to me that the whole world was feeling lost along with me, that they saw my pain and knew where it came from. 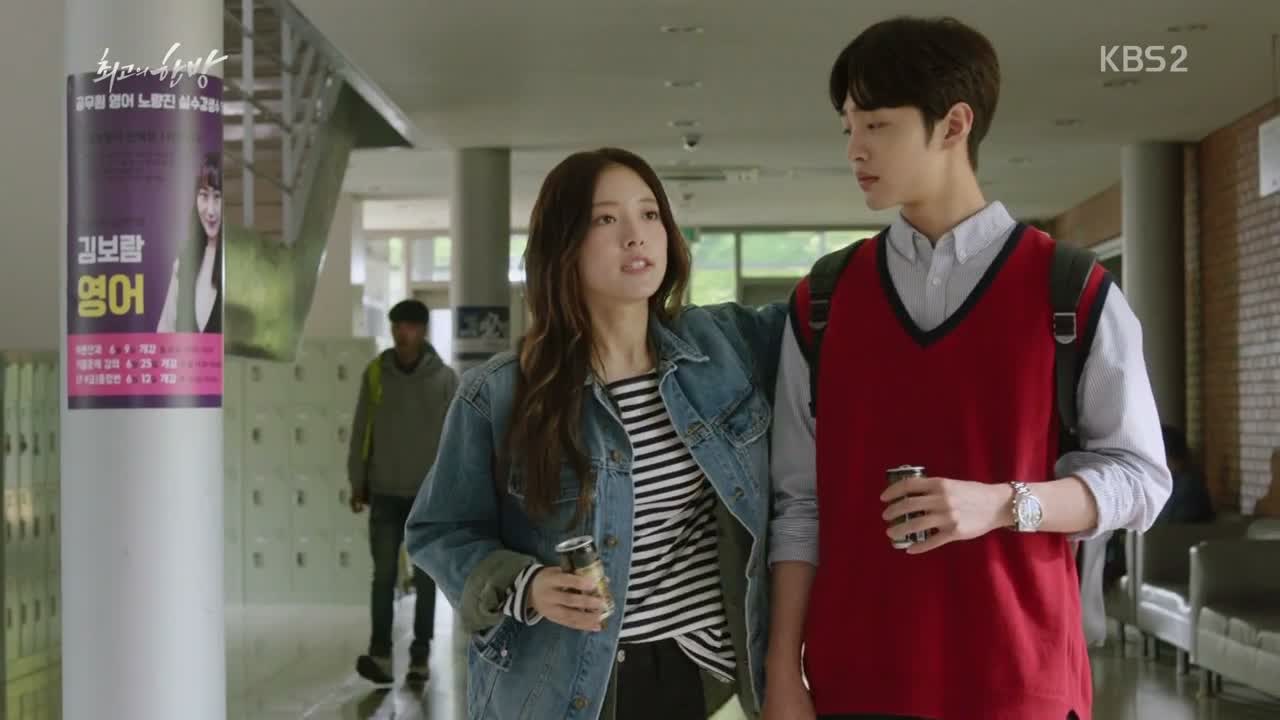 And as the episodes went by, it was also clear that they were saying we would all find our path eventually. We would all be okay.

I didn’t finish most of those dramas (I have a bad habit of dropping off after the third quarter), but I think I paused them in the right place for me at the time. I saw so many characters turn from something that gave them pain to even pursue, only to lay their eyes on something or someone that gave them joy, and that valued them just as they were.

I won’t say that Fight My Way was the only thing that inspired me to quit the job that gave me nightmares, but it was definitely there as I tried to figure out what I wanted from life and forgave myself for not succeeding this time. That show and its successors showed me that there were others like me, which meant that there was space for me in this world. They reminded me that work doesn’t have to consume your whole life, and that you can stand up again after you get knocked down. The really important thing in life is people—which is very, very easy to forget amid the stark practicality of anxiety. 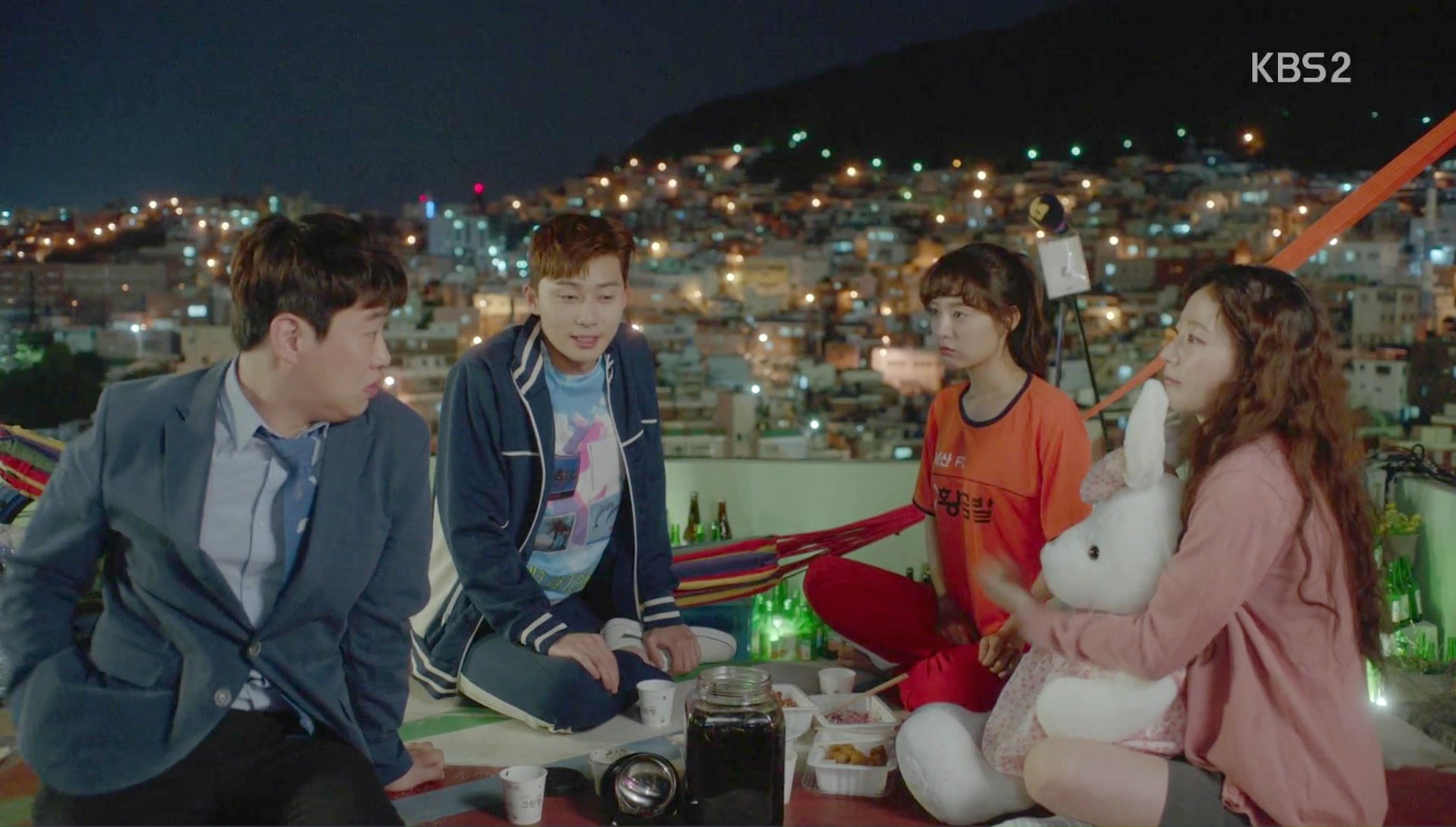 I love this post. I can definitely relate to anxiety and panic attacks and getting lost into a fast paced work place/school. It’s scary and trying to remember why it happens terrifies me. So when i see all these hardworking characters in kdramas i feel at comforted that people albeit fictional are struggling like me.

Oof, I relate. I could write a whole post on how MISAENG inspired me to do my best every day even if the future looked bleak.

Thanks for writing this @vemasi! I hope things are better now.

Please do write on your wall if you didn't submit. I was looking for a Misaeng writeup but I guess it might have been deliberate to not include it in this month's entries because when people talk about relatability, they talk about Misaeng naturally, so maybe they wanted to have different dramas/characters featured. I relate to JGR too but I haven't acted upon anything so I would really like to know how Misaeng motivated you enough to put your efforts into practice.

those are all good examples tbh of burnouts, misfits, just exhausted empty people just not connecting with the world or their life and friends. this year has been hard for me as an artist, rejection and burnout rife, and i feel so unheard. i think special labor inspector jo really filled a hole for me at the time which is about being paid for work.

really glad you got to quit. life shouldn't be so empty. hope you're doing much better

let's do our best to keep fighting and live happily

I was definitely burnt out, almost immediately, and I was making excuses to stay there instead of trying something new. The unknown can be scary like that.

I'm doing much better than I was back then. Not every day is perfect, but I now have room to breathe and to get back to myself, including my creative endeavors.

Sometimes it can be difficult to shake off a sense of guilt for not doing what I "should be," but in the end I am taking care of my responsibilities and enjoying myself most days. That's all I feel we can really ask of ourselves.

i'm sorry this reply is so late but you deserve happiness. labor isn't synonymous with misery and we should do our best to combat it if it's possible. you enjoy yourself and live the best you can.

Fight My Way also holds a very special meaning for me. Out of all the female kdrama leads, Choi Aera's personality was the closest to mine. I also related with many of her struggles as I went through several of them as well. I don't cry as much when watching dramas but seeing Aera cry made me cry also on cue. (It also helped that I had a Dongman-like character in my life as well.) I related with her desire to always want to try the hardest and be the best version of herself but just coming up short, not because of a shortage of effort and skill but due to luck and just losing to an unfair system and to certain people that just cheats. Dongman telling her that wherever she is and wants to be can be considered the big league gave me a lot of comfort in the past choices that I've made.

For sure. The way she wanted to be a news anchor but ended up announcing at fights, and enjoyed it so much, showed me how success and happiness doesn't always look like we expected it to.

Such a relatable story, thank you!
I could see myself in all the lines about the job and how it can kill the soul!
Everyday I ask myself “what are you doing here marina?”, “Why don’t you run away?”, “faking is not the answer”, ...
Hope you found the job that makes you get up with real smiles every single day♥️🙏🏻 Dramas are capable of saving us☺️

Fighting @vemasi! Thanks for sharing your experiences. Anxiety is real whether one is an adult or not yet, and life is not easy all that often.
Yes, dramas really help us loosen those knots of fear and doubt and someone go back to deal with reality. They can give us hope.

I'd suggest that your experiences can be taken as good learning experiences but otherwise, that they should be let go off (ie no more obsessing). Let not the past overtake your present or future. All the best!

Thank you! It has been a long journey and it's not over, but I am learning to forgive myself and stop obsessing over the bad feelings of that time. I am now able to take it as a lesson of what I don't like, rather than a sign of failure. Best to you as well!

Really liked this❤ and I especially like the dramas where they get support from friends or family and retain that personality to the end, instead of being rescued by a chaebol hero by episode 6 and spend the rest of the series fighting to keep him. Falling in love is great, finding yourself is better...

Turning back to my family of friends is one of the things that especially made Fight My Way stand out to me. They are friends I have had for half of my life now, and remembering how much we love and support each other, and how they would still be there for me even if I had a meltdown, really helped me pull through.

Glad you are still above water and what ever you found, keep remembering it is there for you if you ever need it again. Sadly, for some there is no finding a way back.

I can relate to this so much! Thank you @vemasi for writing this and fighting💪💪

Fighting!!! I hope you will find your happiness! ^^

I can relate to this so much even though my situation wasn't as serious (definitely anxiety but not yet at a clinical level, thankfully). I managed to get a dream job - the kind of job that would be a dream job for most people in my field, and thought this was the happily ever after, only to find out that even dream jobs require fit, and this one wasn't a fit for me. I was so afraid of quitting because of the same fears you had: if I quit, did it mean I failed? Thanks to kind words from family and friends, I decided that rather than thinking I failed, I'll think of it as actively making myself happier :) Hope you're finding your own happiness too!

I do love a Show about the struggle-bus that is a working life.
thanks for sharing, dear Vemasi.
here's a beautiful quote from a fellow Beanie:
"May success kiss your feet"
I hope it's all better now.