[Hey, that’s me] The plight of the storyteller 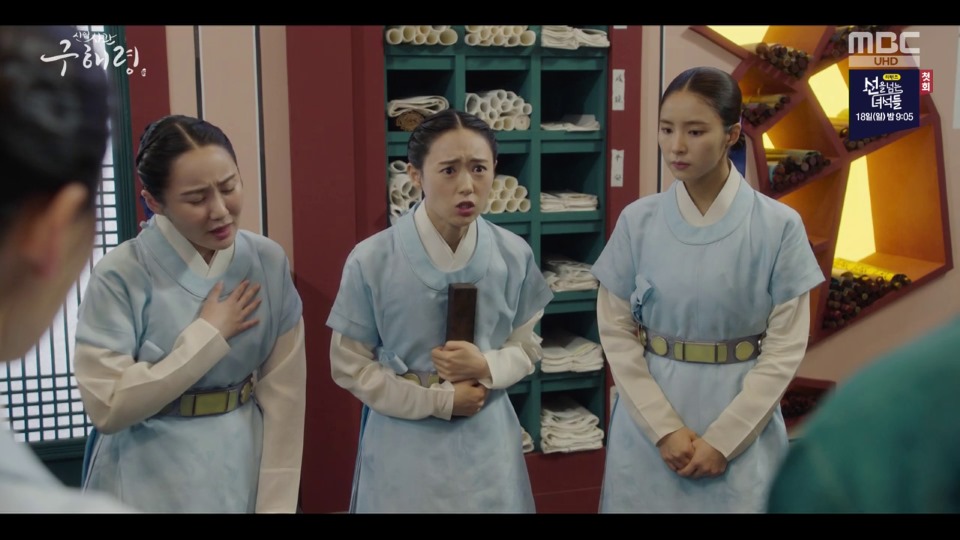 I know that hardly anyone will believe me, but despite mostly being evil, I am also super empathetic. I get dragged along in everyone’s dramas in real life, and naturally, I get super invested in story and movie characters. There are hardly any that I don’t feel any connection to, to a degree.

I think I live in several parallel realities at the same time. So I thought it would be hard to pick out a specific drama that I could draw a parallel with my life. Besides, I haven’t watched many in the past 2 years. My real life itself keeps being the drama. One problem gets solved and another appears. Mostly I make problems with my sharp tongue, but not just that–my honesty and straighforwardness, the gonzo principle of recording and presenting events as they happen, transcribing everyone’s words without changing or beautifying anything… I cannot count how many times I got in trouble for it. 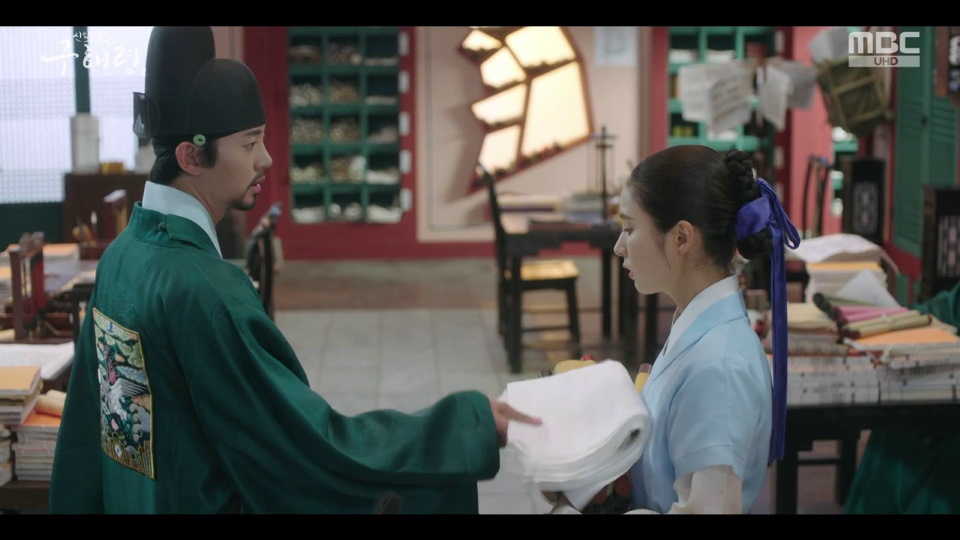 I keep a blog where I mostly talk about cultural events, but also encounters with interesting people and historical moments. I just read some of my old articles. All the emotions I felt, all the remarks and gatherings are raw and symptomatic to the me who wrote them down.

So now that I have started to explore dramas again and picked up Rookie Historian Gu Hae-ryung, I felt camaraderie. Watch what you say, don’t be brazen, keep your tongue in check. On the other hand, the crown prince’s resolve to let the unflattering, uglier side of court life be recorded without covering anything up… Back in the day, you could get literally beheaded for what you said, even if you just stated the facts. But because of internet, I think it has become even worse. Everyone is police on the internet, the anonymous strangers on the world wide web feel like they are kings and can find 1 million reasons to virtually behead you.

I recently went to a festival with friends and we joked around a lot on the road. Since I wanted to record every second as it happened, I wrote it down from my memory, and I didn’t mean it as a criticism to the festival, just a record of us having the time of our lives. But the organizer felt that it showed disrespect. Of course I removed the jokes, even as I feel it goes against my principle of not hiding anything. Just sometimes a joke can leave a false impression of people involved. There was no ill will, our imagination is just…

At the same time I feel a similar obligation to the historians in the drama: nobody is doing this. Most people prettify things. (And sometimes it is just super difficult to write down a spontaneous conversation from memory.) I don’t want to prettify or be selective, but this keeps making me into the bad person. Honest, sometimes it feels SO unfair. If you write down someone’s risque joke honestly, does that make YOU into a bastard? Of course not, you’re just an observer. But you might get punished anyway. 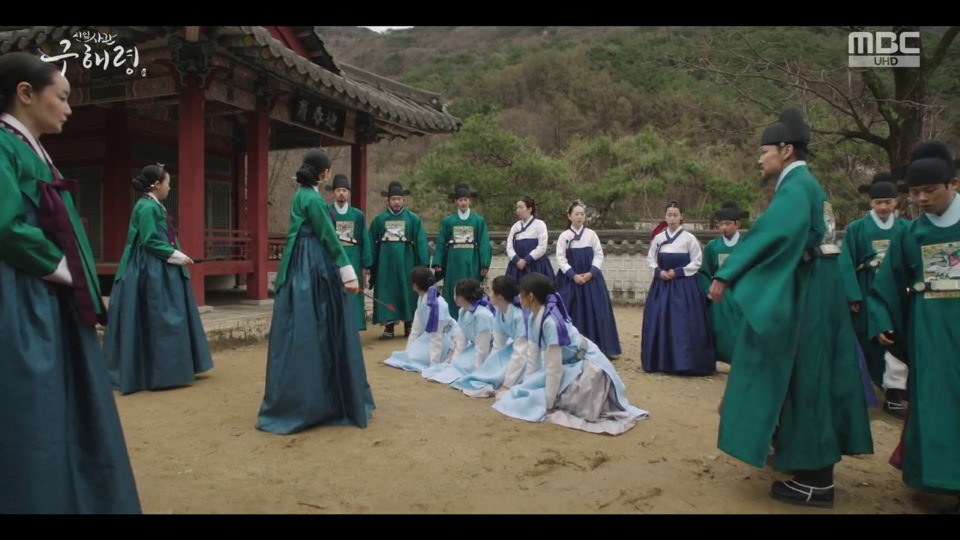 On the internet, conversations can get heated and emotional, and words travel all around the world in an instant. You don’t have to painfully copy texts, we have “copy-paste.” Removing them from search engines can be harder than burning books. And in 100+ years it might not be the “historical record” we want to leave behind. The readers might find both the trolling and the “culture of offense” depressing. Yet, if we cover up the ugliness of our era… that’s worse.

I do NOT want to censor myself when it comes to recording the authentic in-the-moment experience! I also don’t want the whole world to hate me though, but is that something inevitable? I will keep watching the drama and see how the female historians there find courage to stand up to critique, objection and hesitation. The ones who write chronicles are always “voice behind the scenes.” Kind of like blog authors, eh? I am glad this drama has brought them into the spotlight.

Writing things down is important even if we have cameras on phones and take a million pictures. Pictures need explanations. When were they taken, who took them, where, on what occasion and why? Who are the people in the photos it, what became of them and who owns the paper copy?

Don’t count on information recording itself just because of modern technology. That’s not enough. Recording history didn’t end in the Joseon era, we need to keep doing it. Every time you experience something fascinating, don’t just trust your memory. We live in an information overload, it will get lost if it is not written. Future generations need it. Restoring a moment in time… that’s why I do it. I guess that’s also what keeps the drama’s heroines going. 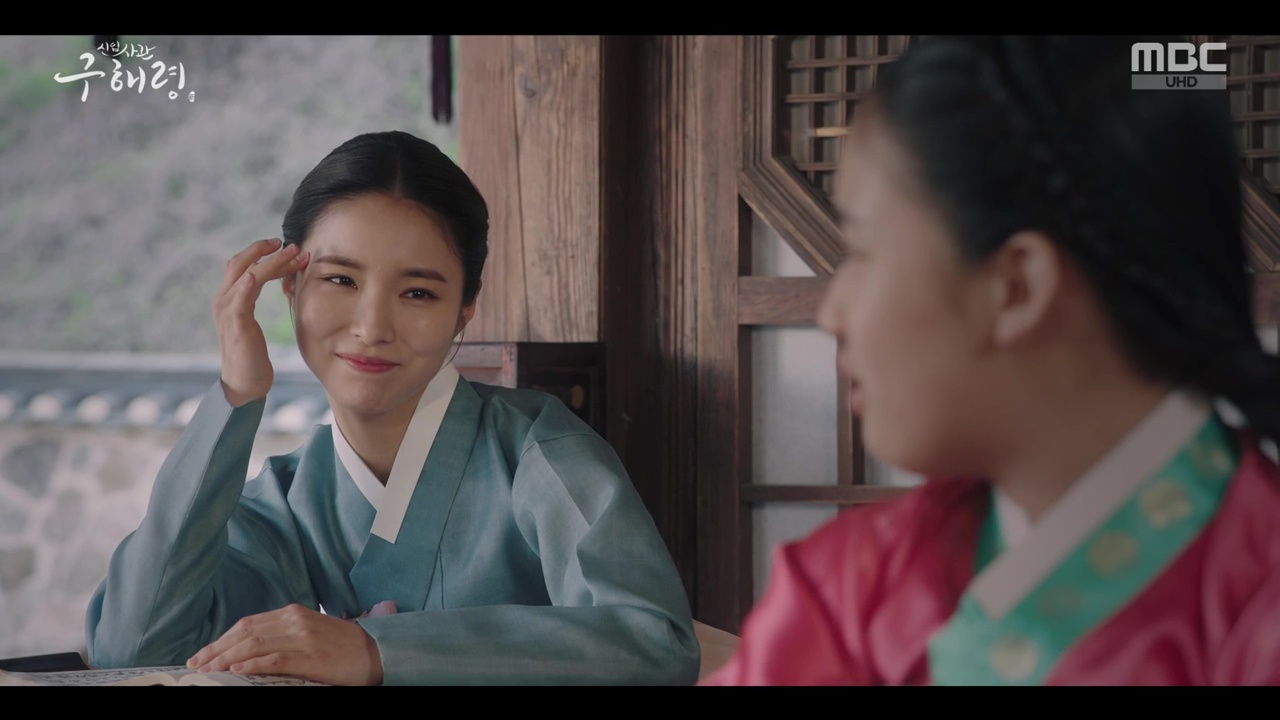 Great post!
Well, except for the not watching many kdramas in the past 2 years part :)

She might still be recovering from Hwarangcertain dramas as well. ;)

Oh I have too much drama everywhere.
btw I just found out Im an aspie. explains a damn lot.

Amazing words and truly honest! I’m going to see Hamilton (the broadway show) this weekend and though I’ve never actually seen the musical, I’ve listened to the music and this piece resonates with so much of that. The history that we read, that we learn from, is rarely sugar-coated (at least in democratic societies). Keep writing honestly, speaking loudly, and wear that badge proudly. (I may be channeling some of the rap in Hamilton. Lol.) It’s how change is brought about, for better or worse, but mostly better. Thanks for submitting this. We all need more of it.

P.S. I’m loving “Rookie Historian” as well! I haven’t been commenting on recaps because I’m behind, and like you, the drama of life keeps getting in the way.

Nice write-up @redfox! It's interesting how this has been a question for historians since, well, the moment they started thinking about their craft. Herodotus "The Father of History" made no claim of telling the truth. He just reported (pretty fantastic) stories as he heard them, or so he says. The other great historian of Ancient Greece, Thucydides, claimed he would only relate what he had himself seen or heard from eye-witnesses. This is similar with what the Joseon court historians did, although their role was more like chroniclers.

But even the act of writing the minutes of a meeting requires some interpretation, so the Joseon historians did have some say in the way that history was passed down. I can see why they might get into trouble.

Maybe I should keep watching ROOKIE HISTORIAN even though the fact that there never were female historians in Joseon deterred this historian from watching in the first place :P

Keep on keeping on, redfox. The world is a big place. There might be some out there who don't appreciate what you write, but for sure there are those that do. Writing things down IS important.

@blnmom, beautifully put. All I can offer is - Keep a backup.

The dangers of disappearing data and the modern day enclosure of the commons (digital) is only starting to become evident.

interesting perspective especially in light of the information overload time we live in. liked how you drew the parallel to the joseon age and now. keep enjoying your writing!

it´s a big encouragement for me to have this posted. Thank you!

Oh I really enjoyed this -- so insightful. I am loving Rookie Historian on many levels, and I love the parallels you draw between the internet and the duty we have to history even now. <3

My cousin will relate to your post lol. He's always complaining about PC culture, particularly, the culture of being offended at everything- even the TRUTH. He hates sugarcoating but had being learning slowly how to navigate interpersonal relationships with the people he cares about( as he appears to have a rather low EQ).
I enjoyed your post @redfox and I chuckled a lot.

the simple fact that you are the one who posts all those relatable Seo In Guk gifs makes you a saint.
re: despite mostly being evil