The story of Miss Lee is set around a small electronics company facing the imminent danger of going out of business for good. And we follow the employees as they band together and fight to save the company, who grow as individuals themselves in the process.

Hyeri plays the titular role of Lee Seon-shim, a bottom-rung employee who receives a speedy promotion to CEO as the company starts to fall apart. Not having much in credentials or experience, just getting a job had been difficult for her and it’s an understatement to say she isn’t qualified to run an entire company. However, she is sincere in her efforts as the new CEO and she takes on the challenge with spirit and determination.

Kim Sang-kyung plays Director Yoo Jin-wook. Having been a company man for many years, he’s long since swallowed the bitter pill of reality and lost the passion he once had for his job. But seeing Lee Seon-shim trying her best as the new CEO triggers something inside of him and he reluctantly starts to take her under his wing. His words and critique remain blunt and harsh, but Lee Seon-shim begins to learn and grow under his mentorship and the two launch a recovery project to help save the company. 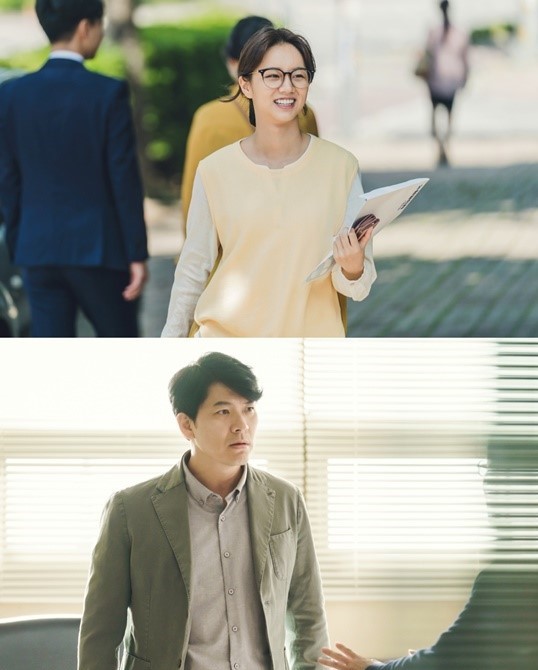 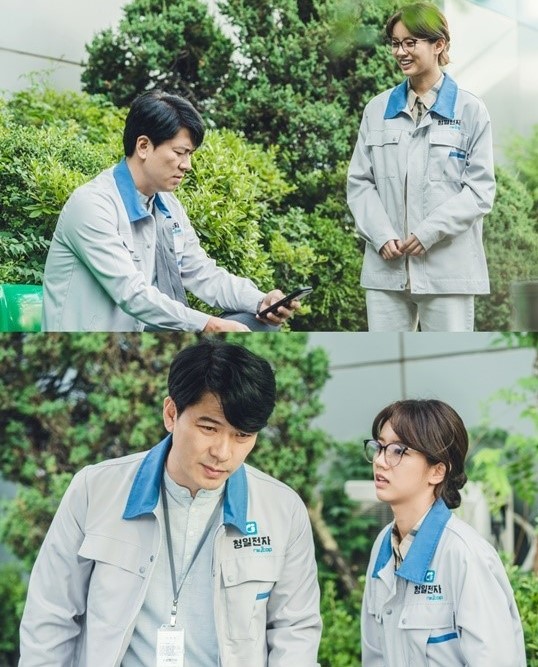 In the newly released stills, we get a glimpse of the two characters at work and the differences in their personalities – with Hyeri appearing cheerful and Kim Sang-kyung more dour. We’re shown the beginnings of their mentor-mentee relationship as well.

In the video teaser, we see the lead actors along with the supporting cast which includes Eom Hyun-kyung (Hide and Seek), Cha Seo-won (What’s Wrong Mr. Poong-sang), Kim Eung-soo (Lovely Horribly), and Baek Ji-won (Be Melodramatic).

The teaser starts with the camera out of focus and it quickly sharpens as the company staff gather together to take a group photo in front of their office. The shot is framed as if the audience is looking at the group through the stationed camera lens. The camera zooms in on Kim Sang-kyung who points to his watch and calls out to Hyeri, “Miss Lee! We all have other things to do, let’s finish this quickly.” Cut to Hyeri adjusting the camera and setting the timer as she responds, “Yes! I’m coming!” And she looks back at the camera as she runs back to her spot. The timer goes off in the background and the screen flashes as we hear the “click” of the shutter, and the teaser ends on the photo that was shot.

Currently set to premiere on September 25, Miss Lee will be taking over the Wednesday-Thursday time slot following When the Devil Calls Your Name.

Haha, the first picture of Hyeri made me laugh! I also love a good show about employees banding together and becoming a family (hopefully) at the end. I’m also curious on how she ended up with the position as the CEO because that certainly doesn’t happen everyday. I guess I’ll be keeping my eyes out for this one now.

I'm racking my brains trying to think of a plausible way she will end up as CEO. Birth secret? Mistaken identity? Rescue the board members from ToD? Evil/possessed Roomba?

Clearly I will have to check this out now.

It reads like all the higher ups bailed as the business was failing and she was next in line on the organization chart.

But that's no fun so I am going to go with the conference room will all the execs exploding.

i like hyeri cuz her boyfriend is cute and she's a lucky girl...
*fangurling over ryu joon yeol*

I would watch Kim Sang-kyung read the newspaper at this point, and I don't know what it is about Hyeri but I've always found her so so charming. And an OTP mentor/mentee relationship is something you don't see a lot in dramaland, plus solid directing credits. Yep, gonna be watching this one.

I'm excited for this one, I think it's going to be good!

Lol anyone else get Answer Me 1984 vibes from the thumbnail of the teaser?