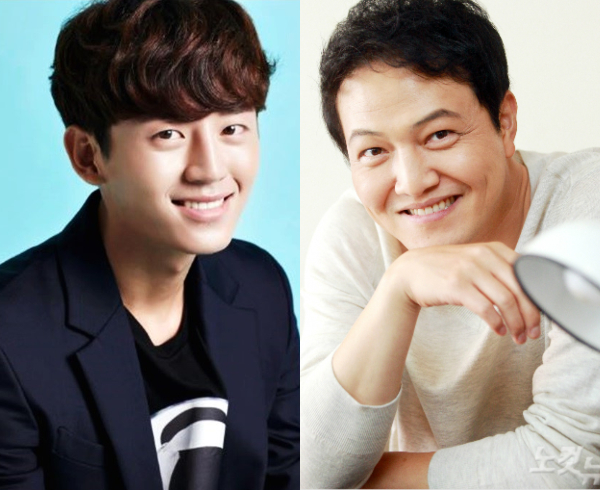 Jung Woong-in (Chief of Staff) and Lee Ji-hoon (Rookie Historian Gu Hae-ryung) have confirmed that they will be joining Jo Yeo-jung (A Beautiful World) and Kim Kang-woo (Item) in KBS’s upcoming drama, 9.9 Billion Won Woman. The story is about a woman who suddenly gains 9.9 billion won (about $9 million) in cash, and her fight against the world as she tries to live her life.

Jung Woong-in will play a man named Hong In-pyo, who suffers from a victim mentality wherein he believes he hasn’t been given the opportunity to spread his wings because of the unfairness of life and innate classism of society. Every time his inferiority complex kicks in, he takes it out on his wife, who is the main character played by Jo Yeo-jung. Meanwhile, Kim Kang-woo plays the role of a former detective who tries to uncover the truth of a tragedy in his life.

Lee Ji-hoon is set to play the husband of Oh Na-ra’s (SKY Castle) character. He’s the director of operations at the Woonam Foundation, and a doting husband in public. However, his true nature is that of a playboy who’s constantly eyeing up other women. 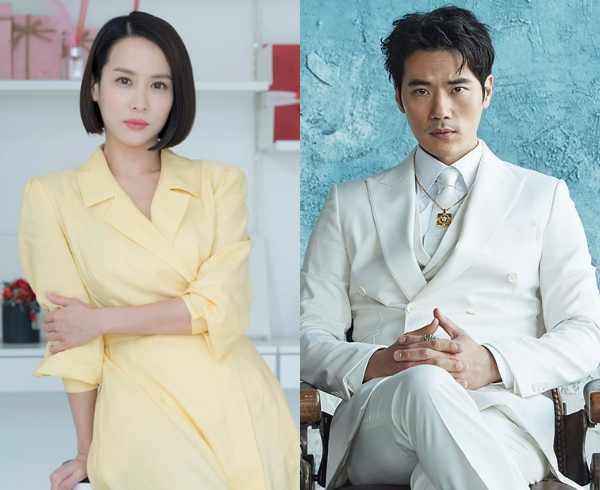 loved kim kang woo since Breathing! this cast sounds luscious and the story interesting. do believe it is on my never ending list of have to watches!

great casting -- i can see jung woong-in really killing it in this role (but er hopefully not literally. although i can also see that ;)

Who is the male lead

Oh the rabbit hole that I fell into head first because of Lee Jihoon. I've always liked him, but really love him in Rookie Historian.

All of this because Chuseok preempted Rookie Historian last week!

I'll be done with Solomon's Perjury before Tale of Nokdu starts, but I have Rookie Historian, and Flower Crew just started. Plus Unni is Alive is a great time-filler between episodes of current shows.

As for this new show, I look forward to watching Lee Jihoon be a playboy!

The Legendary Lackey is legendary! It’s so much fun.

I recommend The Mirror of The Witch where he has a small but impactful role as a king and Your House Helper as a sweet lawyer in love with Go Won Hee's character :D

He was sooo adorably awkward and sweet and funny as that smitten lawyer! A little bit of that cute awkwardness came out recently in Rookie Historian when Haeryung was trying to get him to call her by her name.

That scene made me want see more of Officer Min's awkwardness. When he and Prince Rim had to carry something because they aren't physically strong made me laugh a lot too haha.

Solomon's Perjury was really great and Jang Dongyoon was so great. His character was not an easy one to play.

I still remember Lee Ji-hoon from SIX FLYING DRAGONS (2015). He is one of those actors who leaves an impression no matter how small of a role he is given.
I'm glad to see that he has been working non stop since SFD.
Rock on Lee Ji-hoon!

I remember him from SCHOOL 2013, where he played a bully with his own name (alongside Lee Yi-Kyun). He always has solid supporting roles, even as the villain in LEGEND OF THE BLUE SEA. He’s doing fine in ROOKIE HISTORIANS, which I’m enjoying more than I expected.

I thought he was great in Blue Sea even though I was kind of disappointed with what the writers did with his character overall. Loving him as Officer Min in Rookie Historian, though! His serious face is so good, I can't imagine him as a playboy, lol.

In School 2013, he was my favourite character. He was the only one who really evolved and became a better person.

Another small role that left a strong impression was the cursed king in Mirror of the Witch who had thorns growing on his body.

That was him?!! Strong impression indeed! Mirror of the witch is a good fantasy sageuk. I like it.

i SO want to watch 6FD but cannot find it anywhere :'(

There go legal, it's better.

is it called smthg else? i can’t find it there…

Ohno :( maybe license differs per region. It's called Six Flying Dragons in mine.

Historian Min as a philanderer? LOL I can't imagine so I'll just watch...

This reminds me of that imaginary scene in Queen In-hyun's Man where Boong-do was "having fun" with a lot of gisaengs. LOL

Maybe he wished very, very hard to be reincarnated with a better life, after losing his beloved wife so early in his life and having that sort of father?

We all know I love a well tailored suit, and KKW wears them well, but I do prefer him less elegant and a bit scruffy around the edges.

I can't picture Oh Nara and Lee Ji Hoon as a married couple but that's makes me want to watch this drama. I hope LJH won't play a scumbag husband til the end (I love him to much as a loyal lover!).

I have been a fan of Lee Ji-Hoon since his hilarious turn as a lawyer-in-love in Your House Helper and then fell a little bit deeper into my well of adoration for him with Rookie Historian Goo Hae-Ryun. I'm happy he's working, but please maybe consider letting him be the lead of his own drama one of these days? Preferably opposite Shin Hye-Sun, but I'm open to other ideas.

Thank you,
A beluga who wants things