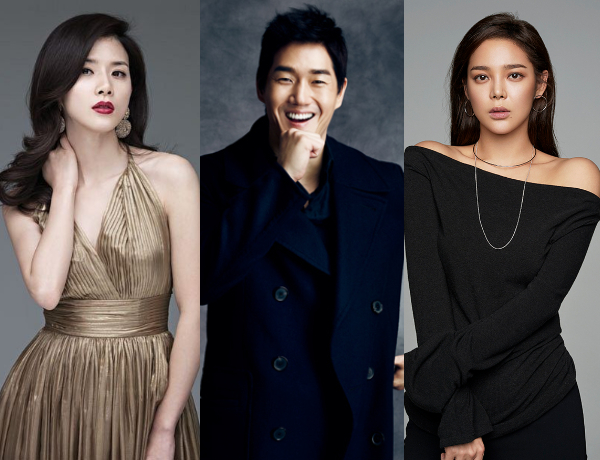 Slow burning romance of mature adults, and Yoo Ji-tae (Different Dreams) as the possible lead? Sign me up! Melodrama Most Beautiful Moment in Life has begun courting its cast, and I’m loving the potential lineup.

However, it looks like not everything will be a bed of roses because Park Shi-yeon (Should We Kiss First, Fantastic) may be playing the role of Yoo Ji-tae’s wife in the drama. Additionally, rookie actress Jeon So-nee (Boyfriend) has been offered the part of the younger 20-year-old version of Lee Bo-young’s character.

Because of its ambitious casting wish list, Most Beautiful Moment in Life has garnered attention from the K-entertainment world. Currently, none of the actors have officially confirmed, and tvN is still considering its slot in the broadcast schedule for next year. But PD Sohn Jung-hyun (Should We Kiss First, Thrice Married Woman), who has produced several unconventional romance melos, is firmly attached to the project.

Oh if they confirm I’m definitely checking this out. Slow burn romance has been missing in dramaland and with these leads they will surely have fire chemistry.

The way that my next snapped back in confusion about reading the word wife ctfuuuu. Dramabeans you’ll be getting a bill from my chiropractor!!!!

I just thought the melo probably had to to do with adult love or someone having cancer not cheating ctfuuuu.

Old school heavy makjang melo dramas will never go away it seems. It's a shame to have LBY in something like this. She could do much better.

missing really good romances havent found one that's hit me Hard since JBL too bad this aint it lmao. i love lby and psy too ;-;

Why does he have to be cheating on his... 😖
That just makes me prejudiced against him and he is not even being confirmed yet😅

To make you more sympathetic towards him, his wife will be 1) cold or 2) also cheating on him or 3) generally evil.

Or all three together, this is kdrama after all

I'm being judgement of course but Korean dramas have a lot of form for excusing male infidelity. I'm just not sure if it's a dealbreaker when I'll usually Lee Boyoung in anything. She's amazing.

That's the thing I love all the three actors and will watch anything they are in to try....

Whatever Lee Bo young does, will be good.

My interest plummeted at the wife part.

I like Lee Bo Young, but I wish she'd play a different kind of character and/or do a completely different genre or something.

I always find it interesting when the wife is the younger one, not the mistress. It's so rare. Same with the movie, American Hustle.

Wow, Lee Bo Young in a romance??? I can't even picture it. I'm so used to her Peak Queen B!tch mode that it's got glitching....which will make it all the more passionate in the melo. She's intense. And who better to play against if not Yoo Ji Tae. I didn't watch The Good Wife but I heard stories. I'm excited about this....tentatively

I will surely watch if it's Lee Bo Young. She's such a good actress. I have seen all her best drama series that give her an awards to name some I can hear your voice, Whisper, Mother, My daughter Seo- young. Looking forward in her come back! ♥️

Lee Bo- young is the best. Looking forward to see her upcoming drama.
Love to watch all her drama.

Not really loving the fact that there's probably an affair involved but as long as it's well done and different then I can let it pass.

Park Shi-yeon!!! Miss her on my screen!