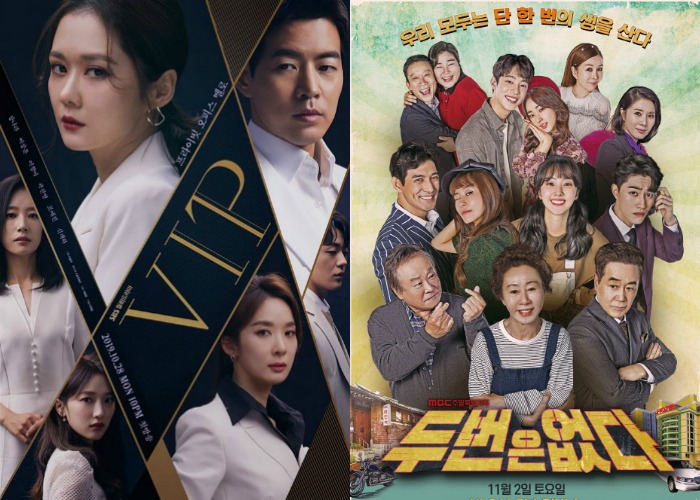 A choice between melo and humor await us for this week’s two premieres! 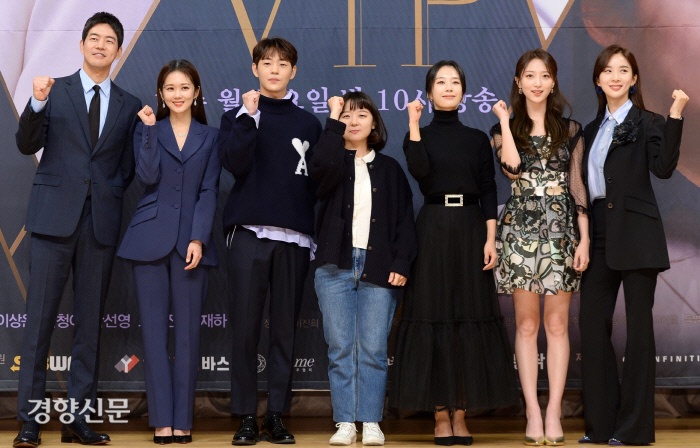 Jang Nara and Lee Sang-yoon star as a married couple who seem to have it all together. They’re in a loving marriage and have great careers at a high-end department store with an exclusive clientele. When Lee Sang-yoon met her, he knew Jang Nara was “the one” and proposed. After having dealt with abandonment issues due to her family, Jang Nara was happy to have Lee Sang-yoon by her side; he was the one person she could trust fully. But their marriage is thrown into turmoil when Jang Nara receives an anonymous text: “Your husband has another woman–in your office.” With one text, the secret Lee Sang-yoon wanted to bury can no longer be hidden. Lee considers his infidelity a single bad decision, but his attempts to deal with his secret result in more bad decisions and sets him down a path that may take him further away from his wife. I’m expecting angst, meditations on love, and questions of forgiveness. 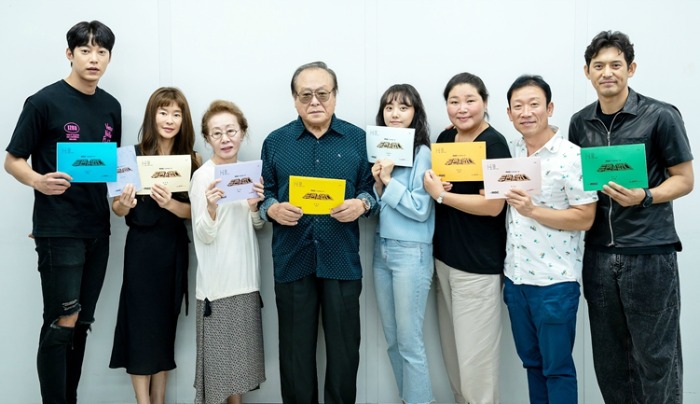 Reasons to watch: There are no second chances in life, so it’s up to everyone to live to the fullest. This sprawling tale follows the trials and tribulations of the residents of Paradise Inn and the owner of its competitor, the luxe Gusung Hotel. Yoon Yeo-jung is the owner and CEO of the humble Paradise Inn, which counts Oh Ji-ho and Yeh Ji-won among its long-term guests. Yoon’s life is complicated when her first love Joo Hyun suddenly turns up at the inn wanting to reconnect–and to check in. As if that’s not enough, her livelihood is risk thanks to the Gusung Hotel, which has opened up just across the street. That hotel is run by Han Jin-hee and he’s hoping for the Paradise Inn to close its doors–it’s not business, it’s personal. He and Yoon Yeo-jung have a romantic history together but things ended very poorly. But the arrival of Joo Hyun makes Han realize his feelings for Yoon Yeo-jung aren’t as buried as he’d like to think. If you love family dramas, this one looks like it’ll offer lots of laughs. I’ll be watching for the Yoon Yeo-jung–Joo Hyun–Han Jin-hee love triangle.

Jang Na-ra is also a favorite actress of mine.

I'm going to have tell JNR in VIP: no second chances!

Jang Nara...can't you be happily married in a drama 😢. And wow....LSY's character description is the total opposite of his character in On The Way To The Airport. In fact the character sounds worse than the indifferent husband in OTWTTA. Luckily there is no children involved this time.

I'm going to give it a try for JN but infidelity/adultry is not my drama type. Huhu

The reason why I generally do not like infidelity/adultery stories is because they are usually are attempts at excusing adultery. ON THE WAY TO THE AIRPORT was one such story. The adulterer/adulteress is cast as the victim of an abusive or indifferent spouse turning elsewhere for comfort....

From what I have observed in my professional life the cheating spouse is actually more likely to be the 'bad' spouse (not always- and it is true that there are many factors leading to infidelity).

In this show it appears that what we have is simply classic foolish stupid behavior. Which is then correctly shown to lead to further problems and all around unhappiness. So this show is apparently much more rooted in the reality of infidelity- instead of literary fantasy.

Still, I agree that it would be nice to see Jang Na-ra in a happy marriage. Arguably we have seen that once- in FATED TO LOVE YOU- but only at the very end of the tale.

Infidelity is such a painful experience in real life. People get hurt. The scars remain. Trust is lost. I hope this drama takes a good, hard look at infidelity, and not gloss over it with flimsy excuses. Infidelity is ugly, and I hope the drama delivers an honest depiction of it. I would respect it more than some silly, dragged out makjang melo... but Jang Nara is an awesome, awesome actress. Her raw anguish guts me every time, in Fated, and in TLE. I hope the drama pays tribute to her amazing talent.

LSY played a cheating husband before, didn't he? Or, am I mistaken?

So excited for No Second Chances! Love the cast, Park Se-wan, Kwak Dong-yeon and Ye Ji-won <3 and we get 2 episodes in one day? YAY

I wonder if VIP is going to go down the road of makjang dramas like Last Empress (which I really couldnt stand. I dropped it on the 2nd ep). I will give VIP a try for the first 2-4 eps though. Fingers crossed.

As much as I am a fan of Jang Na-ra- in the end I couldn't watch it either.

I haven't watched VIP but I read some viewer comments that it does feel like TLE and JN is somewhat the same character, trying to investigate stuff.

TLE broke my heart, me, a hater of melos...but then I watched it for Jang Nara and Hyuk.

I'm so excited for Kwak DongYeon and Park SeWan pairing in Never Twice/No Second Chances!!!
I like Jang Nara and always give her work a chance but I'm not convinced I'll stick with this one if they go full melo route.

I want to watch the show for this pairing only!

It’s finally here. Jang Nara is my number one actress. I’m very simple, whatever she’s in, i’ll watch. I like Lee Sang-yoon as well.

I am so excited to see Jang Nara on screen again. Just love her screen presence. A little disappointed with the plot line though. I hoped Jang Nara would have a happier story line. I guess its still not meant to be. I really dont want to see her crying anymore...

I'm a huge, huge huge fan of Jang Nara. Wasn't going to watch this, but hey, it's Jang Nara, and the infidelity plot BURNS me. I want to kill that cheating, lying scumbag of a husband right now. I want her to kick that scumbag out of her life, but before that, I want her to get her revenge. Burn them both, the cheater and the mistress. What say you, Vagabond Agents? @katakwasabi @sicarius @ally-le @leetennant @wishfultoki @hebang @msrabbit

Shall we string up this loser, gag him, and ship him to the North Pole WITHOUT A STITCH ON???? *high-fives myself*

Thank God it's not SSR. Oh, wait. He already played a lying, cheating scumbag in TLE...hm, my memory's short when it comes to SSR. And when is Hyun bin going to make an appearance? It's almost November. *SULKS*

I am afraid if I am a Vagabond agent, YY. I'm ineffective. You may want to hire a more capable agent from another drama to inflict real pain

Vagabond agents inflict lots of pain, or laughs, depending on your point of view.

I don't think that's the kind of pain YY is looking for.

Hyun Bin is on his way by way of Netflix. Still don't see a date.

Hahaha. Cheating husband should be shipped to the North Pole with the Melty pair. Melty pair need to be cold, cheating VIP husband can watch them be happy and drown in loneliness 😏.

Your memory is short when it comes to SSR? Andwaeee...at least remember his good and cute moments please. Hahaha

Hey, what did cheating husband do to deserve the Melty pair? Oh.. right. Killing him slowly.... My bad. 😉

Should I watch the melty pair? Not very interested, even though JCW's kiss melted me in Suspicious Partner.

Based on beanies reactions so far, you should only watch the last 10 minutes of the latest episode.

@yyishere If even JCW fans don't think it's good, then yes, it's that bad.

Follow @msrabbit's advice. It's well liked by some and I think it depends on your sense of humor.

I mean...The VIP cast have said that there are more layers to the story than the infidelity thing. It's probably not even gonna be that important once the story really gets going, and that's why it was revealed so early in all the teasers.

Omg I just watched the first and second episode... Not a fan of adultery dramas. But I'm a big fan of Jang Na ra. Watching the first two episodes is very depressing.