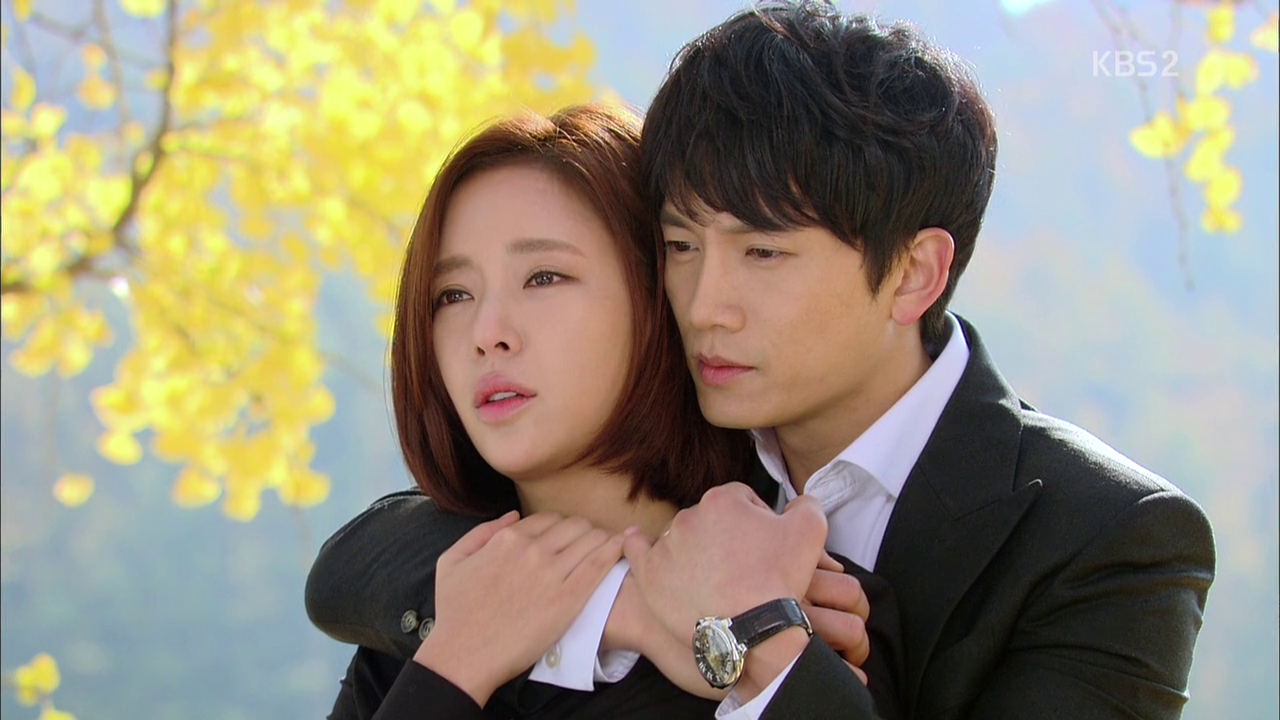 The knowledge that comes with age is always something of a poisoned chalice, I think. As you gain the maturity to value and treat well the people you love, it becomes tinged with the sober realization that your time is finite. Time is finite, and people die.

It’s something that comes to mind often while I’m watching Melting Me Softly, where the two leads are accidentally frozen for twenty years instead of 24 hours, and so instead of waking up in 1999 like they’re supposed to, they wake up in 2019 to a very different world. For Ji Chang-wook, it’s a few degrees worse as he learns that while he was sleeping, his dad passed away.

The drama doesn’t really delve too deeply into the true emotional cost of such an experience. But how that would really feel? Imagine it. Imagine going to sleep and when you wake up tomorrow it’s 2039 and the world you know no longer exists. But worse, think of all the moments of your loved ones’ lives that you’ve missed, the time that is irrevocably gone and you can never get back. As a mama’s girl, the thought of losing twenty whole years of my mom is just devastating to me. 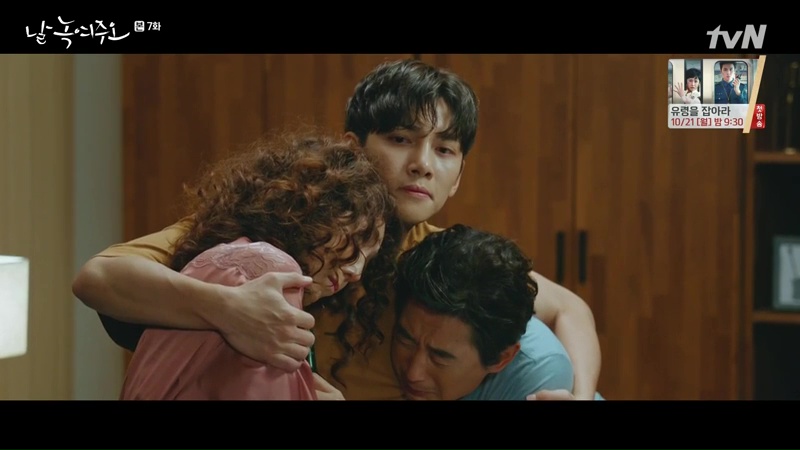 Lost time is also recurring theme in fairy tales, where it’s never anything less than the very, very worst—you might think you’ve been away for no more than a day, but a hundred years could have passed, and everyone you love, everyone you ever knew, is dead. There’s a really harrowing Japanese fairy tale I read as a kid called Kawashima and the Turtle which had the same motif, and to this day I still feel traumatized by it. I love time-travel stories, but this is time-tragedy: an irreversible, harrowing fate on a one-way ticket. Yet it’s easy to see why it’s a popular storytelling device. It achieves the same effect of time travel without any sci-fi involved, and opens up the whole fish-out-of-water world, which has proven rich ground for stories of both humor and pathos.

It’s also not unrelated to that other drama staple: the coma. Not all dramaland comas are equal, though, so your standard post-car crash coma (amnesia gratis!) doesn’t count, even if you’re in it for months. No, we’re talking extreme coma, like in Thirty But Seventeen, where Shin Hye-sun wakes from a thirteen-year coma. And this show brings it all: the pain, the loss, the disorientation, and that feeling of being so totally without anchor in the world you find yourself in. 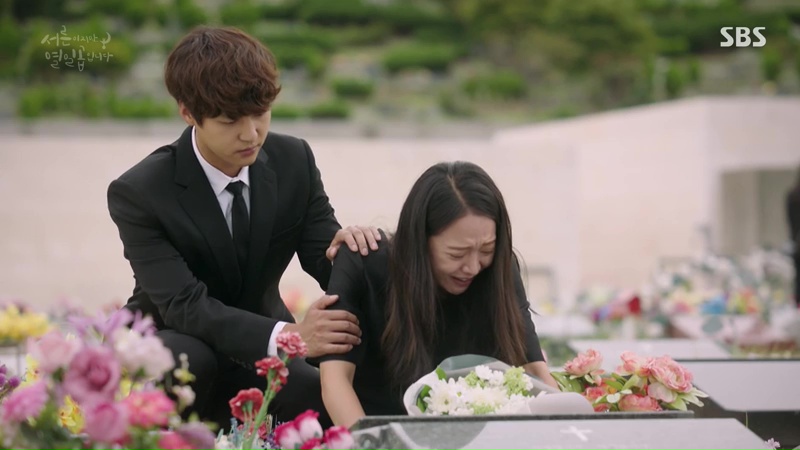 It’s not necessarily that I think the chances of having such a drastic experience are more than miniscule, but it’s the sum of the things that scare me the most, especially as someone who doesn’t even really like good change. When you’re young, it’s easy to take for granted the continued existence of the world you care about and the people you love. It’s easy not to think about consequences and be more concerned about yourself than others. But as time passes, as illness and age take their toll, particularly on my parents, I increasingly find myself thinking, I’m going to regret this time later. I’m going to regret not being with them now. I don’t know how long I will get to have them, but I don’t want to let myself lose this precious time.

I haven’t yet managed to watch Go Back Spouses, a time-slip drama where tired married couple, Jang Nara and Sohn Ho-joon, go back eighteen years to the beginning of their relationship, with their memories from the present intact. But I’ve heard that some of the most affecting moments of the show are between Jang Nara and her mom, who has passed away already in the present. She gets to meet her again in the past and ends up being able to regain that time. Though that doesn’t change the fact of her passing, it gives her the chance to mindfully and intentionally show her love to her mom, and finally say goodbye. 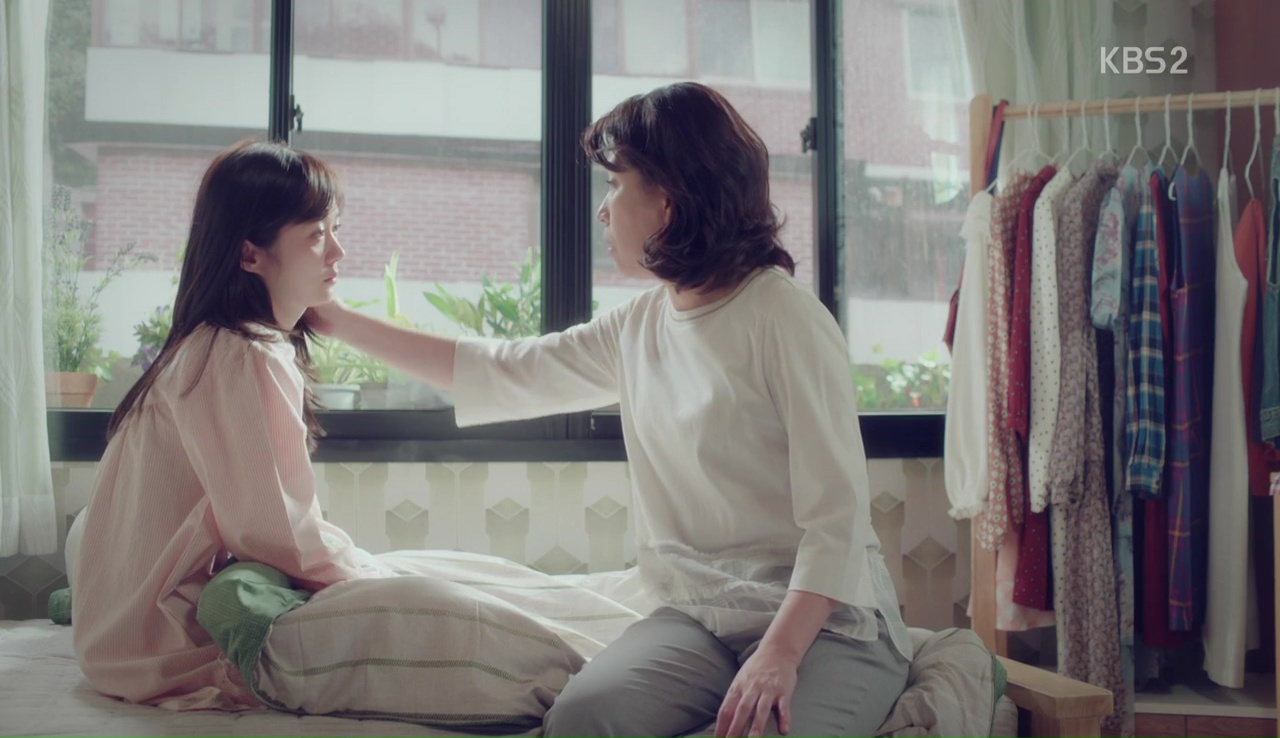 Perhaps this is the show that would be the antidote to my fears, but I’m afraid that just thinking about how much it would hurt to watch drives me back into the arms of my OCN thrillers…oh, Tunnel? Yes, damn. In Tunnel, Choi Jin-hyuk is catapulted thirty years into the future from his native 1987. His lost time tears him apart and he makes you feel every moment of it: To him, every minute of his lost thirty years matter, especially when he learns that his lost time is the direct cause of losing his beloved wife. Luckily, this was a legit time-travel show, so even though the show sets out to hurt you, it also gives you the cure: Choi Jin-hyuk gets his time back. But that’s sci-fi. In real life, you get just the one shot and no foreknowledge.

Losing time is also an unhappy consequence of doing time. Most dramas can condense time spent in prison into a convenient timeskip, which doesn’t need to acknowledge the emotional toll it must take. But when a drama’s entire currency rides on that emotion, you get a show like Secret (2013). Hwang Jung-eum spends years in prison after taking the fall for her boyfriend’s crime, and ends up losing her child (who was born in prison) because of him. But the most heartbreaking part of the drama for me is when she finds out he’s alive but adopted by someone else: It’s a relationship that has become lost to her forever, and without a way to turn back time, she can never restore it.

That encapsulates the horror of losing time. Losing time is missing out on the moments—mundane or extraordinary—that add up to meaning in your life, and with it goes the opportunity to show those whom you love your sincerity, to ask forgiveness, to say I’m sorry, I love you, goodbye. It’s being afraid that how you live in the present will bring you regret in the future. You know that life is short and there will never be enough time, but if dramas taught me anything, it’s to at least spend well what we have now, for all the tomorrows we hope to see. 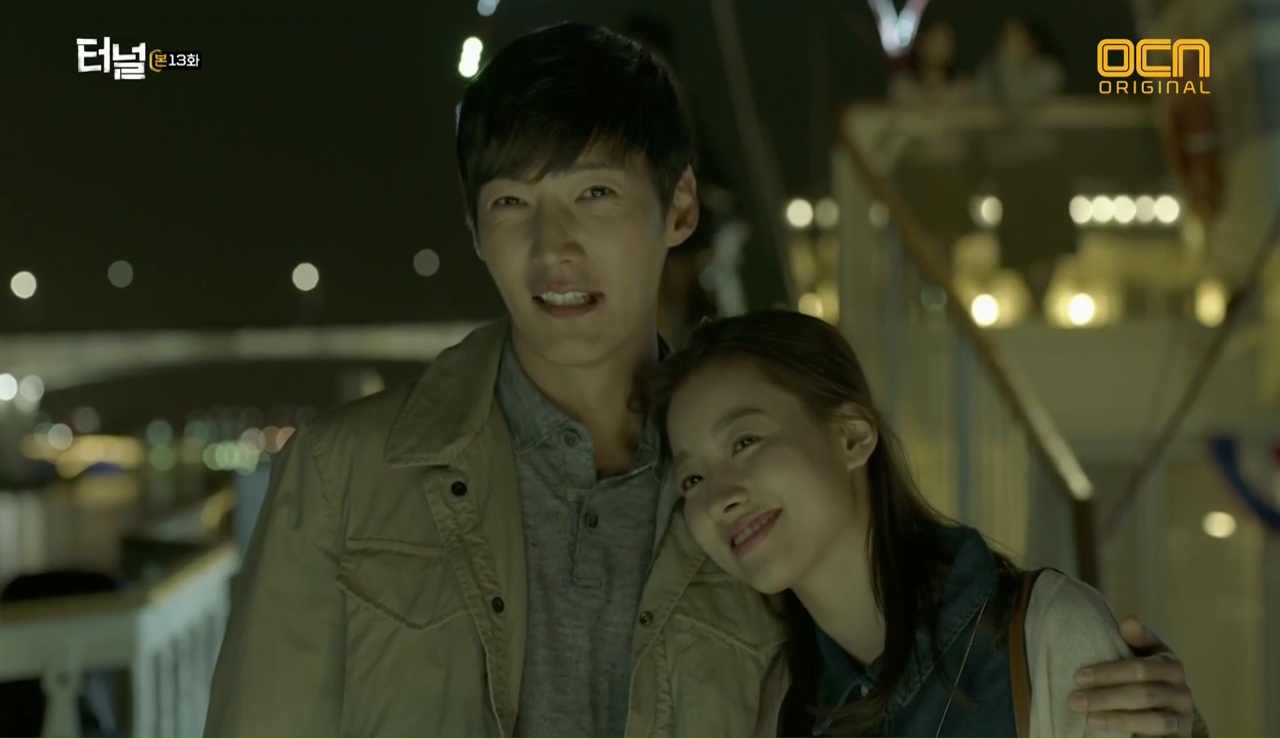 Thank you, @saya. You aptly depict the fears I started feeling several months back when I fully realized that my mum was getting old. I try to spend more quality time with her because I just do not want to regret the lost time later on.

Losing time is missing out on the moments—mundane or extraordinary—that add up to meaning in your life, and with it goes the opportunity to show those whom you love your sincerity, to ask forgiveness, to say I’m sorry, I love you, goodbye.

These are my thoughts from time to time, having been living on my own ten of thousand of miles apart from my family. And also when I look at pictures of them having fun and living life. Unfortunately, I have not done enough of the latter part of that sentence. Hence, the regrets that always seem to come later.

Forgot to thank you for that header picture, @saya. OPPPAAAAA!

Is it? What is the right show?

Photo is from Secret, you’re thinking of Kill Me Heal Me.

Ooh.. I am thanking her for Ji Sung. Doesn't matter which drama. He is forever my OPPAAAA .. 🙂

If you are worried for your mother don't watch Go Back Couple. It will tear your heart into shreds. It is one of the best shows I have ever seen, but I don't think you should watch it. Eloquently written piece by the way.

Oh yes, that’s where THIRTY BUT SEVENTEEN was at its best: Shin Hye Sun’s grief and confusion in having lost her youth and her chances of being a world-class professional violinist.

I didn’t finish CIRCLE (okay, I watched 5 episodes and cheated by skipping to the end) but I remember crying with the brothers for having lost and searched for each other for so many years.

Wow this was definitely a good read about how time itself can be a scary thing...I mean isn't that the source of a lot of anxiety? I remember when I was a kid I read this one collection of scary stories that really frightened me and one of the stories was about a kid who gets stuck in time and the world never moves and it is frozen and it really scared me for some reason and struck a cold feeling in my heart.

When it comes to kdramas, I have obviously watched a few about time as it is hard to miss them but I feel like I never usually enjoy this theme despite how interesting it sounds. Ok I enjoyed Rooftop Prince a lot but that was more of time traveling than what you're talking about here...

There is actually a k movie about the kid in stuck in a frozen world in time returning to the normal world as an adult with him with Kang Dong Won...

So beautifully written - I love this. Perfect header. ;)

(I am also waiting for the day I'm ready to sob my heart out watching Go Back Spouses. I cried enough watching Thirty but Seventeen.)

Two of my favourite dramas on the same page!

You've managed to capture the greatest thing about slice-of-life here, Saya - it focuses on the significance of the little moments. Thank you for your beautiful thoughts, as always~

These are the exact fears and feelings I've been struggling with as of late. It paralyzes me with fear and anxiety some days. Thank you for writing this.

another well-written piece, saya. thank you. it touched me enough to write a comment. For someone with children, who may or may not think as you do, i just wish them well enough to enjoy their lives. As we all live physically in different places, I try to live my life well too so as not to worry or burden them. Any time we spend together is made more precious with the thought we won't be knowing when we'll meet again. live life to the fullest, no regrets.

It's my biggest fear, really, I usually never allow myself to think about it, but it's my mother's birthday today and while planning for it and going through family albums I couldn't help thinking about it! Seeing the changes of time and age on my parents tears my heart, I'm not a very affectionate person, I'm not good at showing how I feel, I don't hug, I don't tell people I love them but I know I'll regret this the most later.. I do try to spend as much time as I can with them and I'm working on that "I love you" so maybe soon.