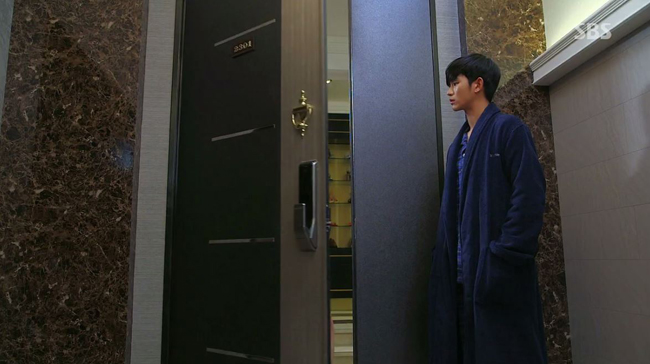 I’ve always loved stories about neighbors, even before I set foot in dramaland. Was it Little Women that did it for me? Maybe Anne of Avonlea? Either way, stories about neighbors and neighborhoods always appeal to me. There’s something about the community and familiarity that creates such a nice setting for a story. Imagine my joy discovering the fun stories of neighbors in dramaland, where your neighbor can be anything from your best friend, to a watchdog, to your worst enemy.

The story of neighbors is entirely different from the drama trope of cohabiting (via contract or convenience) — in fact, I like to think of it as the more subtle version of that. Both are really about proximity of characters, and more often than not what that means is proximity of one’s crush or love interest. 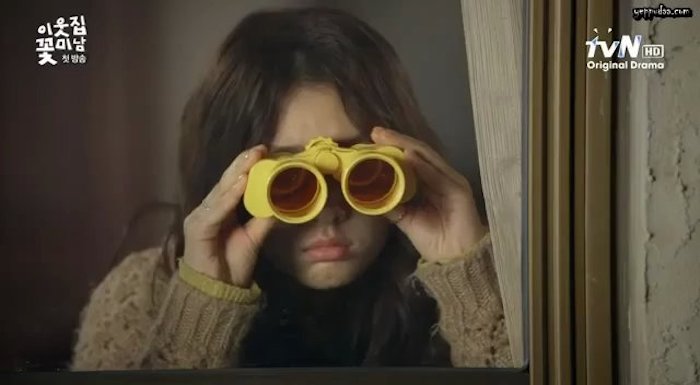 With cohabitation there’s no getting around the obvious, but with a neighborhood love story, there’s room for serendipity. I’m going out to the mailbox… and there he is getting home from work. I’m shoveling snow from our sidewalk… and there he is play-fighting with his brother on the other side of the picket fence. Or, if you’re my grandmother, you’re peeking out the kitchen window every chance you get, hoping to get a glimpse of your neighbor. He’s seven years older than you, as dashing as can be — and totally not interested in the little girl that lives next door.

True story. My grandma and her sister grew up in a big family of immigrants, where becoming an “American” and working with your hands for a living was a matter of pride. Her father was a carpenter, her mother was a seamstress, and she and her sister, though they were barely teens at the time, raised their younger siblings, cooked, and kept house. 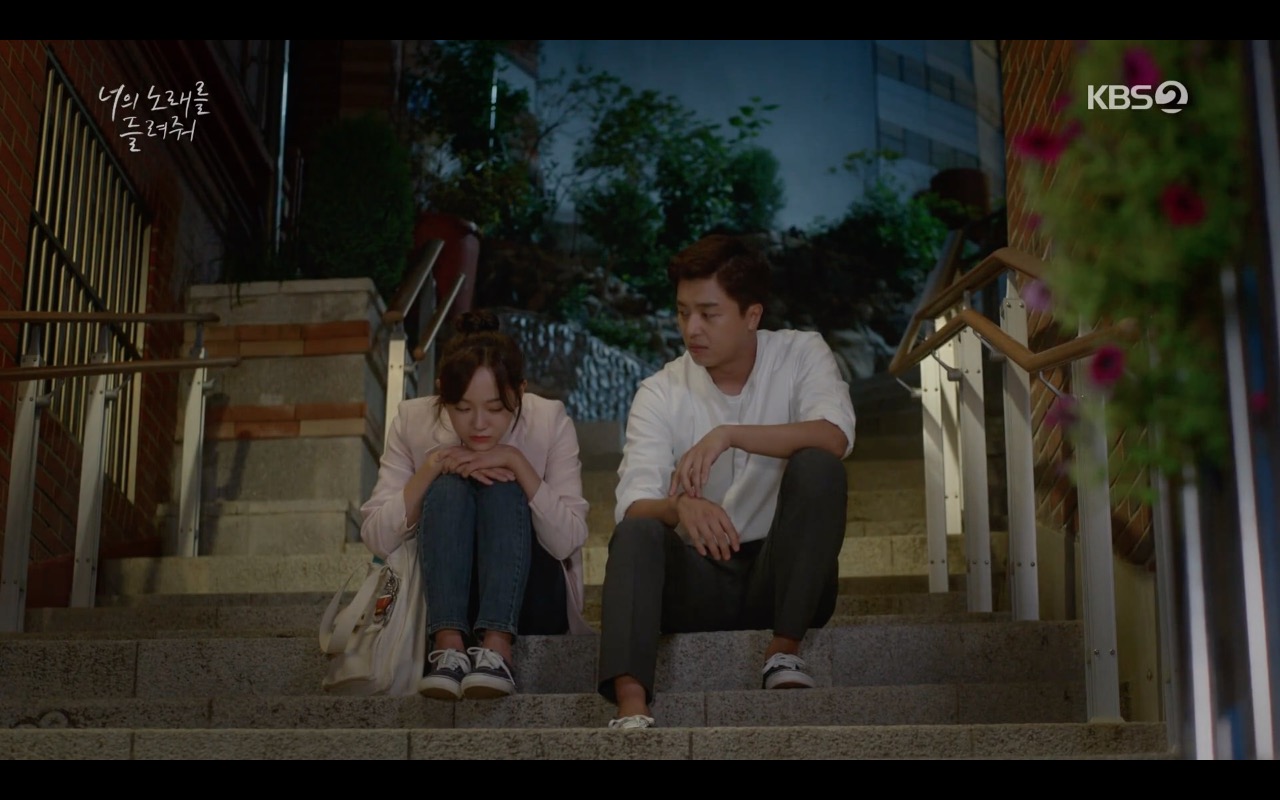 Next door lived another such family — but rather than girls their age, the house was full of boys. And something about my grandpa stood out to her. I have this image in my head of my grandpa. It’s from an old photograph. He’s standing on the front lawn with his arms akimbo, next to his brother, and he’s totally dashing and slightly dangerous and has a twinkle in his eye. I can see why she spent so many years watching him from the window. I wonder if she ever dreamt they’d get married one day?

While I don’t know how their story went from little girl next door to them “going steady,” pretty soon my grandparents were a couple — and so were her sister, and his brother. Talk about double dates! As the years passed, WWII came and went, both brothers returned safely from the war, got married, and started families with the girls next door. 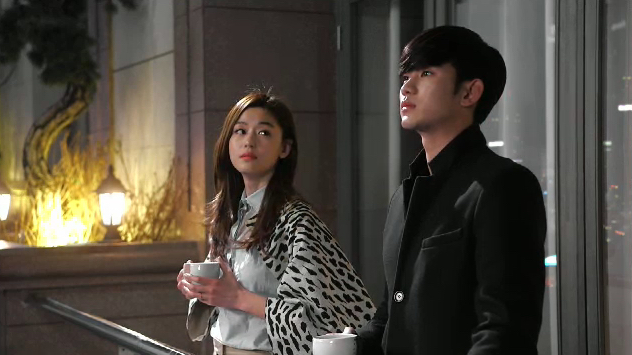 Unlike my grandparent’s story of being thrown together as young people, a lot of neighbors in dramaland become neighbors intentionally. Yeon Woo-jin moved a few doors down from Kim Se-jeong in Let Me Hear Your Song, and Kim Jung-hyun moved to the apartment next to Seohyun in Time. In these stories, being neighbors was an excuse to be “geographically” close to the other person, and was used as a mechanism to become emotionally close as well.

But some dramaland neighbors are more accidental, serendipitous — and even magical. Two characters that are unlikely to meet in their everyday lives are thrown together by something as banal as living in the same apartment building, or adjacent house. And as with my grandparent’s story, proximity creates a relationship, and in their case, that relationship grew into love and over 50 years of marriage. 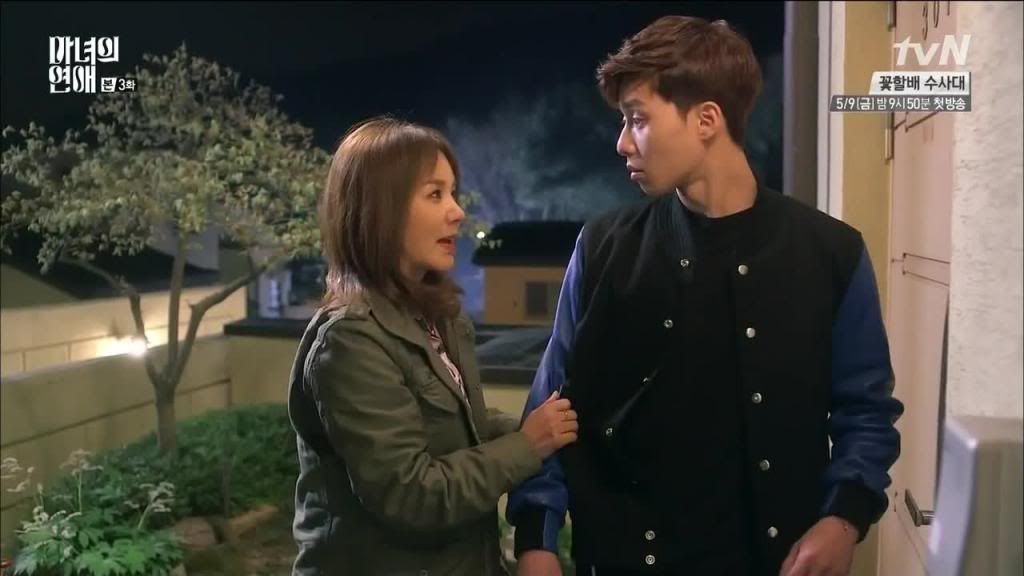 Dramas like the notorious Que Sera Sera and Witch’s Romance brought their leads together with the help of their housing situation — and for that matter, so did You From Another Star. That drama was fantastic for a lot of reasons, but one of my favorite elements was the neighbor relationship between Kim Soo-hyun and Jun Ji-hyun. Whether it was elevator meetings, neighbor-saves-the-day moments, or just a chat out on the terrace, the drama was made all the more rich by the fact that the two were neighbors.

Neighborhood romances never get old, and some of my favorite neighbor dramas include Flower Boy Next Door, and the Let’s Eat series, which are some of the warmest neighbor-y stories around. From the interactions of neighbors in hallways and elevators, or even on the walk back home, the characters’ proximity builds familiarity, and that familiarity leads to fondness. In fact, it’s kind of hard to have one without the other, and maybe that’s why neighbor romances always feel so authentic to me. 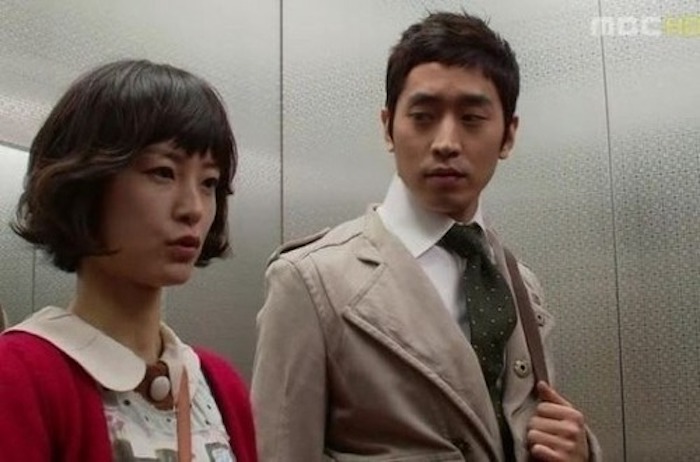 In these stories, as in my grandparent’s own neighborhood romance, the familiarity and fondness that comes from having the “home” aspect of their lives intersect makes for a relationship with a different foundation — for instance, it’s entirely different than an office romance, where that sense of home isn’t shared by the characters.

Does this make the start of the romance any more meaningful, solid, or destined for success? A drama like Let’s Eat would suggest that a neighbor romance isn’t any stronger or long-lasting than any other might be. But who knows? In the case of my grandparents, it meant decades of marriage, a strong family community around them, and a long and lovely life together. 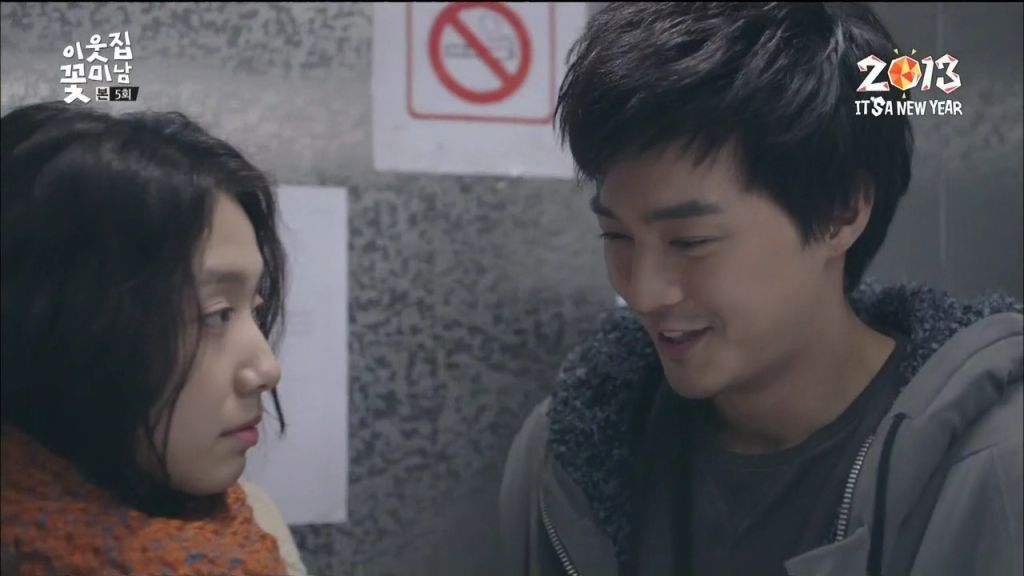 My husband’s cousin was engaged to a girl and broke off his engagement to marry the “girl next door” who literally lived in the other side of the duplex they lived in. She had a crush on him since they were kids but he was never interested (or even knew she liked him). After the other girl broke off the engagement, he went to back the familiar, home, and she was still there. They are the cutest couple ever! Of course, he’s a doctor now and she’s a nurse.

The screengrab from MBC, below the Witch’s Romance pic -- what drama is that, and who are those actor/actress?

Another neighbor drama that I like is Feel Good Day, starring Lee Sang Woo and Park Se Young.

@applecrumble the screencap is from Que Sera Sera ^^

Awww... I love neighborhood love story! My grandparents grew up in a small town where the young people hung out in a group. They liked each other and so they started dating (which is quite progressive for their era where everyone was pretty much match-made). My grandma was the oldest of 6 siblings, so grandpa had to wait until she finished all her chores and fed her siblings before they could go out on a date. I loved hearing their stories!

Aw @missvictrix, that last screencap reminds me of the first time I watched FLOWER BOY NEXT DOOR. I thought at the time that Enrique couldn't hold a candle against the steady, thoughtful guy next door. It's only later that I realised that Enrique was a better match for Go Deok Mi and that he was not a silly kid. First impressions can be deceiving.

Regarding peeping grandmothers: actually, my grandmother still peeks out the kitchen window, but that's to see if there's any interesting happening in the neighborhood so she can gossip about it ROFL.

I'm guilty for peeking out the kitchen window too, just so that i have something to gossip with my mom. just some innocent mother daughter bonding time.

Agatha Christie's Miss Marple is all about peeping elderly ladies, and how they know everything!

Hehehe. I think those elderly ladies do more than just peeping out the window. :P

What a wonderful story, @missvictrix!

When I was a kid, I was the best of friends with the boy next door, who was the nephew of my neighbours, a couple with no kids of their own. We used to play together and watch cartoons after school. Then his father lost his battle with cancer and his mother ended up taking him and moving away to India, and we lost contact.

We met by chance on day in the elevator (ha!) and exchanged Facebook contact details. After chatting a few times, I realised how much time had passed since our days of playing hopscotch in our shared corridor.

We were living completely different lives and no longer had anything in common. Our friendship soon became inactive again, and I eventually heard from my neighbours that they too had lost contact with their nephew, due to family feuding over money and religious conflicts. My neighbours were not directly involved in the matter, but my friend’s mother had apparently decided that they were nonetheless on the wrong side of the conflict, and cut contact.

I’m not sure what my friend is up to now, or where he is in the world, but it was fun, back then, being neighbour buddies! I wonder if I’ll ever see him again 🤷🏻‍♀️

Thank you, @missvictrix for this neighborhood love stories! Growing up in a street like the Reply 1988 kids, I played with and had seen some of the neighborhood kids grow up and become partners in life. But it also becomes awkward if the partners break up later. I remember my father asking who it was who's been throwing stones at our roof and when I said it was a 'boy' neighbor that I had turned down, he just sighed.

The elevator and the corridor in Que Sera Sera were practically two of the characters of the drama. They both played large parts and added so much to the story.

One particulary elevator scene in Que Sera Sera was the best :D

But all their neighborhood scenes were the best part of the drama. When the both of them had a new home, they still came to their old appartment.

Fight My Way had like one of the best reasons, neighborhood moments and dating your neighbor(/friend) type of gags/moments in all k-dramas in my opinion. This drama was all around awesome and it’s a shame people didn’t give it as much attention and credit as it deserved тт___тт

"and totally not interested in the little girl that lives next door" - Reminds me of my sister who spent an entire summer playing badminton in front of our house to catch the boy next door's attention.

(Thankfully, it did not lead anywhere. The boy next door was cute but that was it. She found someone more interesting later).

I have been researching my husband's family tree. It is amazing how many censuses you can look at and see two families, living side by side, and then follow them years later and finding out that siblings from one family married siblings from another. (Also, it is not uncommon to find a person marrying their spouse's sibling after the spouse dies. And the children being raised by an aunt-mom, uncle-dad.
Sort of on topic: my daughter was best friends with the girl who lived 3 doors down. They did NOTHING but fight. I told my daughter, had it not been for location they probably never would have been friends at all. They had nothing in common except for age and proximity.