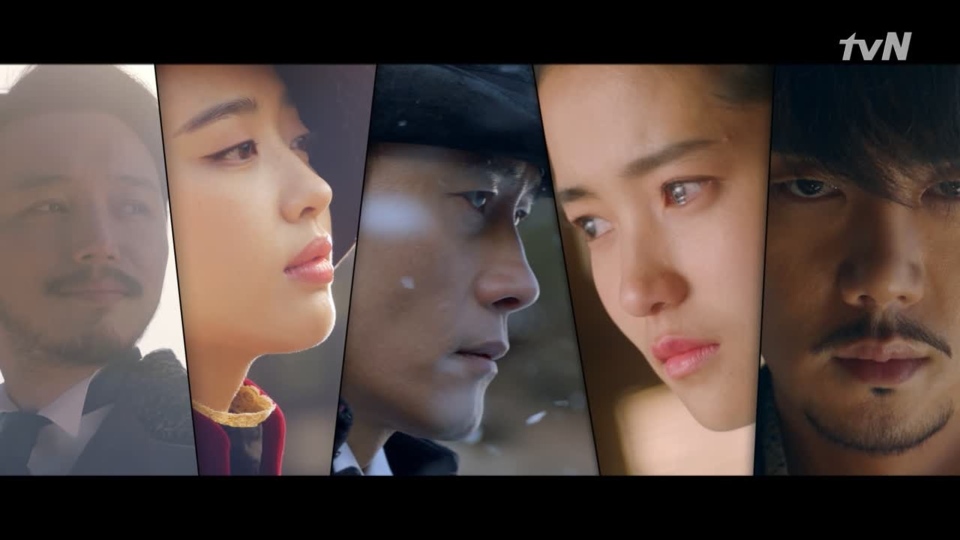 My grandmother wasn’t the best mother, or the best grandmother, but now and then we would find out details of her life that would indicate an interesting, tough, independent character that did not match well with her small town surroundings. Recently, my mother was pushed into divulging a story about a young, unfulfilled love that my grandmother experienced.

But first, the context: I live in a region where being born between two wars is a way of life. My grandmother was born just before a war that divided the country’s military and people into two factions, the Loyalists who were loyal to the official government, and the Rebels, who wanted a complete change of the regime.

My grandmother’s family at the time was large, and her father was one of five brothers. All of the brothers and their families supported the Rebels and fought of the Rebels’ side. In their small town, there was also a very prominent Loyalist family. On night, a member of the Loyalist family marked my grandmother’s home with an S on the door. The S stood for “to slaughter.” So my great-grandfather and his brothers went to their enemy’s nest and said: “There’s five of us. Someone is certain to survive any attack. And we will have our revenge.” Suffice to say that the threats, and eventually the war, ended. 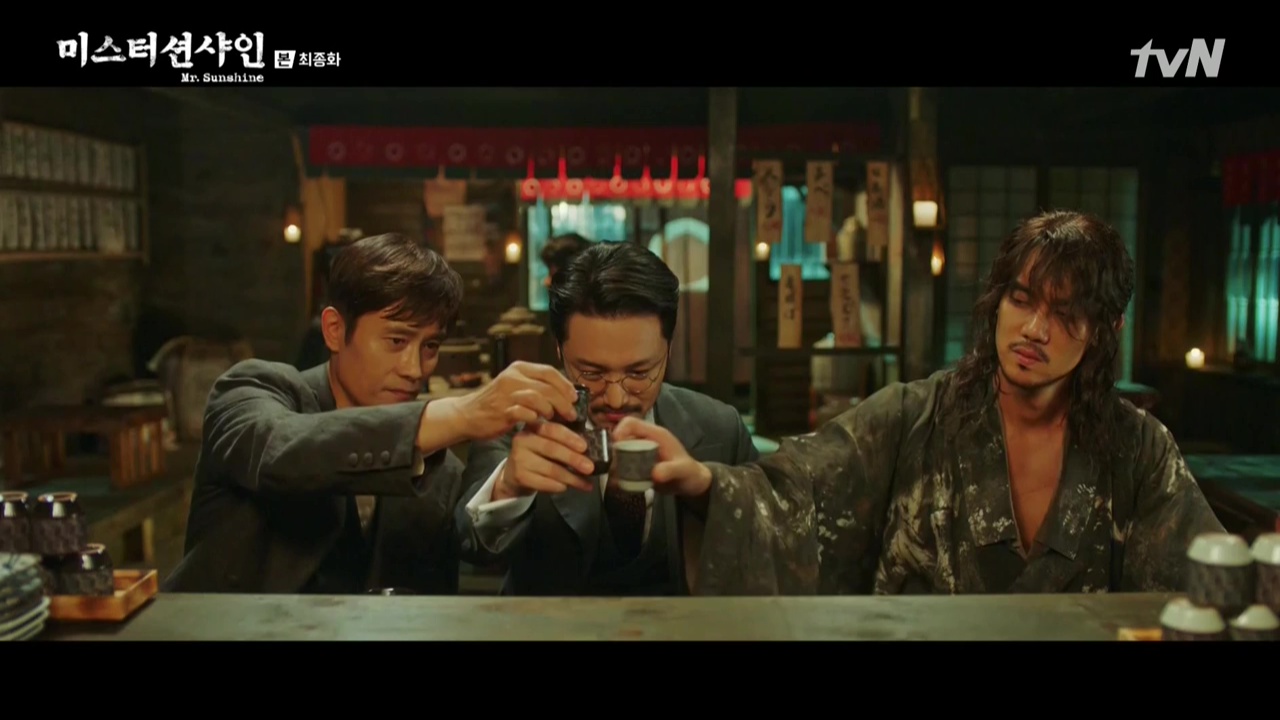 Time passed and the children all grew up. In a twist of fate, my grandmother fell in love with the Loyalist’s son and their relationship was serious enough that they had planned to get married. However, due to their families’ opposition, they abandoned their plans. This is where their story becomes…murky. They both married other people, but they continued their relationship with each other. They had an on-off affair and they broke off their relationship several times before ending it completely. (Yeah, grandma was a cheater–deal!)

When my brother and I found out about that story, we called it a “soap opera,” but the announcement of this month’s theme got me thinking about what is a soap opera, what is a drama, what is life and where do we go from here. (Full-on existential crisis, let me tell you.)

Personally, I watch shows that are both geographically and thematically far removed from my life. I want new and amazing life stories, drama heroes and heroines that are daring and brazen. And my grandmother’s story got me thinking about what constitutes a drama hero(ine). 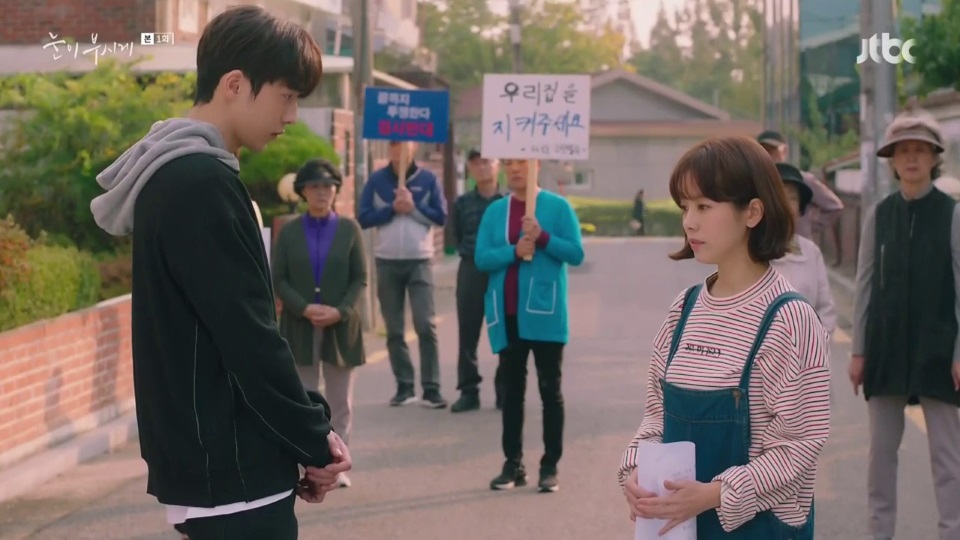 The Light in Your Eyes

To be a drama hero means to have enough guts to try out something new, to rebel against family expectations and the social order–to want more than what is offered. It is obvious that my grandmother and her beau failed miserably in that respect. Nothing was stopping them from running away to a new town and starting a new life together. Someone lacked the guts. So instead of a great love story, all we have is a cheat-fest full of disappointments. My grandmother’s love story came to light because the beau in question told the story to his granddaughter on his deathbed, so I’m just going to suppose that he was the coward and was left to regret the actions he hadn’t taken.

Most of us just lack the guts and are left wondering what could have been. If my grandmother had married her first love, maybe she would have been more content with her life, or she would have been more dedicated to her children. Maybe the sad love story from the past was just an excuse for her subsequent choices. If there’s a lesson to be learned from this story, it may be that we all have a chance at a fantastic life worthy of a drama. 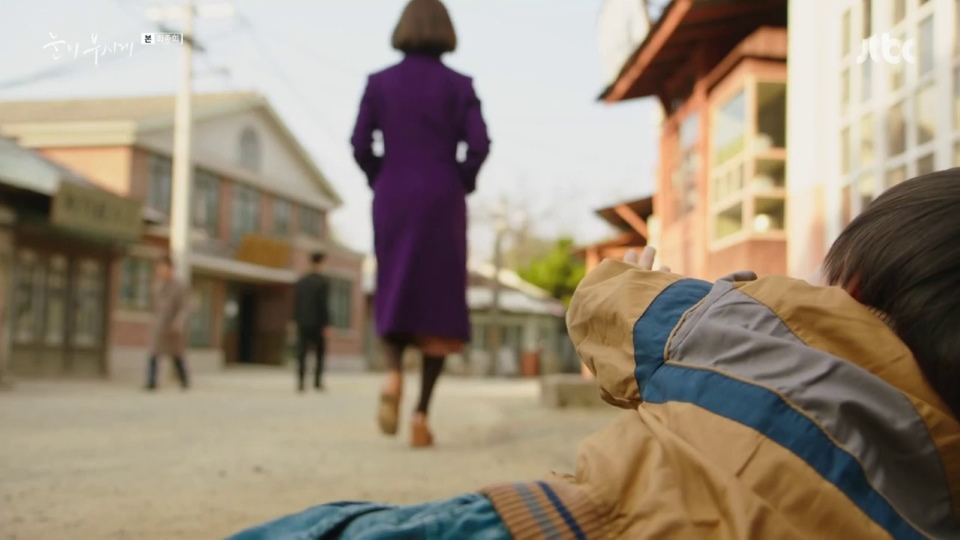 The Light in Your Eyes

Thanks for sharing your story, it 's not easy revealing such things - and I would like to tell you - if these two would have eloped, then there wouldn't be you - that would be sad, definetly. My grand-grandparents eloped because of opposing families, you could say, they had the guts, but here I am - struggling with life - and sometimes I wish they woud have been cowards.
Stay strong! Enjoy your life! Wish you the best!

Life really is interesting, isn’t it? I wonder how much the trauma of living through two wars affected your grandmother. This sounded like a modern day Romeo and Juliet when I read it and it could have been tragic, but as you are alive and can attest to, both lived and it sounds like they did the best they could, which is heroic in and of itself.

Thank you for sharing!

Thank you for sharing. It’s really hard to say what would have happened had your grandma and beau ran off... whether it would have been better or worse.... I can only say it must have been really difficult for your grandma.

As someone who has always preferred to make the Easier Choices and Not Rock The Boat, I can see why she chose what she did. And like her, I will probably die with some What Ifs and Regrets as well. But that’s just life. Not always a rosy Happily Ever After Kdrama.

Thanks for the story you have shared here.

My aunt really loved this guy back in her teens. He was her first love. But her family got her married off to another guy and she got 3 sons from this marriage. She later than divorced her husband much to her family's disapproval and got married to her first love. She got a son from this marriage too ( Her 4th child). As her elder 3 sons were with her ex-husband, and he wasnt able to handle the kids well and some other reasons which i am not much sure of . my aunt's family forced her to get married to her ex-husband again. With lot of heavy heart, she had to leave her first love and she got married to her ex-husband again. She took her 4th son with her and finally settled with her family's choice. Years passed, and she got her 5th son and she was looking after her kids and husband. No complains, no tantrums, just living.

During this year Ramadhan, me and my aunt went to Taraweeh prayers. On the way to our home from mosque, my aunt stopped to see a man on other side of the road. She finally approached him and talked with him for a few minutes. Once she came back, i asked her who he was, and she said with a sad smile, that he was her first love and the father of her 4th child.That night she told her story of love heartbreak and sacrifice.

Since me and aunt were living in different houses before, i have never met him. She told me that he visits her son , at her home though very rarely.

My aunt said now she doesnt care about what has happened. But i saw that night in her eyes, was the years of of love she carried secretly for her first love. She really did and does love him, but fate has something in her story. That night it felt like i was watching a scene from a drama.

I hope your aunt is in peace with her fate.

Unlike in dramas, people in real life being the male and female lead of their own stories, can't always be resilient or rebellious. Sometimes we give into fate and call it luck or maybe it is the lack of courage. Considering the whole situation, if I were to put it into a real life scenario, it's quite likely that both these families would have been affected badly had they chosen to be together. Family rivalries are dirty, sadly and maybe by choosing to marry someone else they avoided more trouble for their families. Thank you for sharing this, it is really hard to share some family secrets.

What I meant by the "in real life scenario" is that usually in dramas, when loved ones or familes get in trouble, usually they are rescued by someone and after a few episodes they get over it. But in real life hardly do people get over the harms inflicted by someone to family even if it's themselves.