Namgoong Min, Park Eun-bin, and Jo Byung-kyu are up to bat in new stills for Stove League 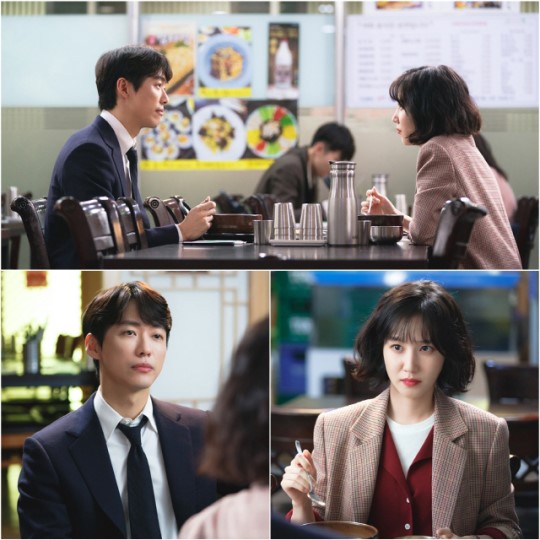 The title comes from the term “hot stove league,” which is baseball’s off-season, and it’s a reference to where and when the drama takes place. With a focus on the management team who work to support the Dreams baseball team, the story starts off with the Dreams having disappointed fans and ranking in the bottom tier for several years running.

Enter Namgoong Min playing new team manager Baek Seung-soo, who has been appointed in hopes of improving the team’s standings and better prepare for the next season. He lives by the motto that strength is a virtue, and has a record of working with different sports teams in difficult environments and leading them to success. Being inflexible and uncompromising, he has difficulty developing personal relationships with others, but he’s still acknowledged as a top class manager.

In the newly released stills, we see examples of these awkward interpersonal skills when Namgoong Min sits down to eat with Park Eun-bin. And again, when he converses with Jo Byung-kyu at a hospital as they wait for one of the baseball players to be examined. 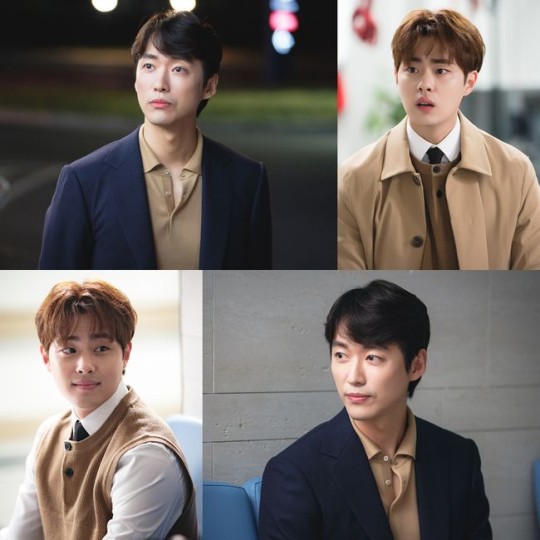 Park Eun-bin plays team lead Lee Se-young who has been working in the management offices for the Dreams for 10 years now. She is proud to be one of the few women working in the pro baseball industry and was also one of the youngest to be promoted to team lead. Although working with the new manager is initially challenging, she starts to gain respect and understanding for the way he works and joins in his efforts to try and bring a turnaround for the Dreams.

Working under Park Eun-bin is Han Jae-hee, played by Jo Byung-kyu. He initially got his job in the management office for the Dreams through personal connections. The grandson of a furniture company CEO with long roots in tradition, he grew up in an affluent environment but never once felt that he was happy. Working with sunbae Park Eun-bin opens his eyes to the real world. Seeing her dedication to her work inspires him to work hard and help the Dreams do better as well.

In the character photos of Park and Jo, we see the two actors putting their all into their work. 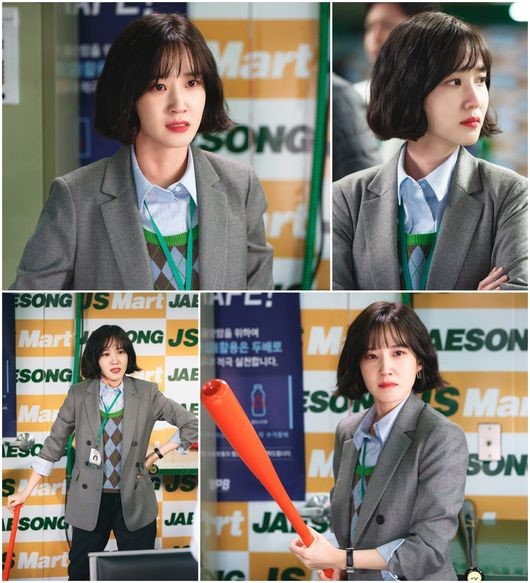 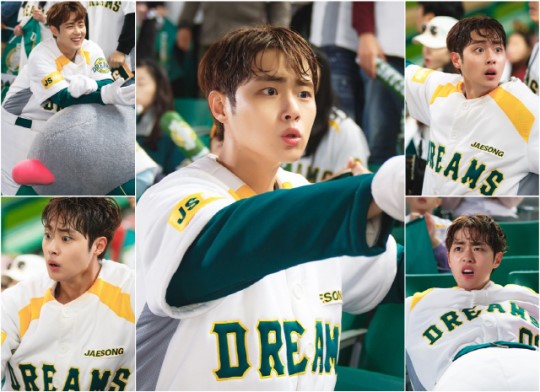 I’m excited to see Park Eun-bin back in a drama as she’s one of my all-time favorites. This will be Park’s second time working with Jo Byung-kyu as he had a small part on Age of Youth 2, similarly playing her hoobae at school. A good underdog story is always fun to watch so hopefully the show delivers.

Writing for the drama is Lee Shin-hwa and directing will be done by PD Jung Dong-yoon. SBS’s upcoming Stove League is currently set to air on December 13, taking over the Friday-Saturday time slot after Vagabond concludes its run.

I like the cast and premise. Park Eun-bin is one of my faves too and I suffered through Ghost Detective for her. (Fine, and a scruffy Daniel Choi.) Crossing my fingers this show will be better in execution.

Yeah, that is not Park Eun-bin. No makeup or hair department will be that incompetent and you can't tell me otherwise.

The lighting is not good.....smh. yikes

It *could* be deliberate... minimizing her Character’s attractiveness because she’s in a “man’s business “.

Park Eun Bin is such a great actress! I love her ! It's sad that her last 2 projects had good premise but ended up disapointing.

Hooray, hope it's good! We need something to take the place of everything that's ending 😢

Namgoong Min!!! 😍 I’ve been waiting for this drama (even though I don’t understand how baseball works).

Do we need to understand how baseball works? If that is required, I don't think I could watch any kdramas. ;)

I'm still with my theory that SBS cancelled a slew of dramas to air baseball as promo for Stove League. Kekeke

Thank you for the heads-up that STOVE LEAGUE is premiering in about 3 weeks, @tccolb. Now that it really is the off-season, the timing will be apropos. I'll have to lay in a supply of peanuts and Cracker Jack. ;-)

This may come in handy for those unfamiliar with the sport. It's the first in a series of articles. I hope it helps, so you can enjoy STOVE LEAGUE. ;-)
http://www.howbaseballworks.com/TheBasics.htm

You may have encountered baseball lingo and never known it. ;-)
http://www.howbaseballworks.com/CommonTerms.htm

A couple of other Kdramas with a baseball theme that I've enjoyed are: STRIKE LOVE and TWO OUTS IN THE BOTTOM OF THE NINTH.

Two Out In The Bottom Of The Ninth was really good. I loved the main couple!

The hero fo Glory Jane was a baseball player but all the story happened in a compagny... It was so weird.

Kdrama with a baseball theme: Wild Romance. One of my most favorite shows ever.

I like sports shows, hope it actually has some games even though they're in the off-season. All the actors are good. Looking forward to it!

Yes I'm super excited too<3 EunBin is my favorite actress and her acting skills are GREAT✨Can't wait.I love Age of youth!

How can you be “inflexible and uncompromising”, but still be “a top-class manager.” :) Also it would be nice to see a 10-year-dedicated woman-worker to be promoted from within to have an authority to “change the things”, instead of a super-star male brought on from outside “to fix the things”, but truly hoping for the best for this drama. :)

Cant wait to watch this show for the very versatile Namgoong Min and the very pretty-talented Park Eun Bin.