[2019 Year in Review] Looking for imperfection 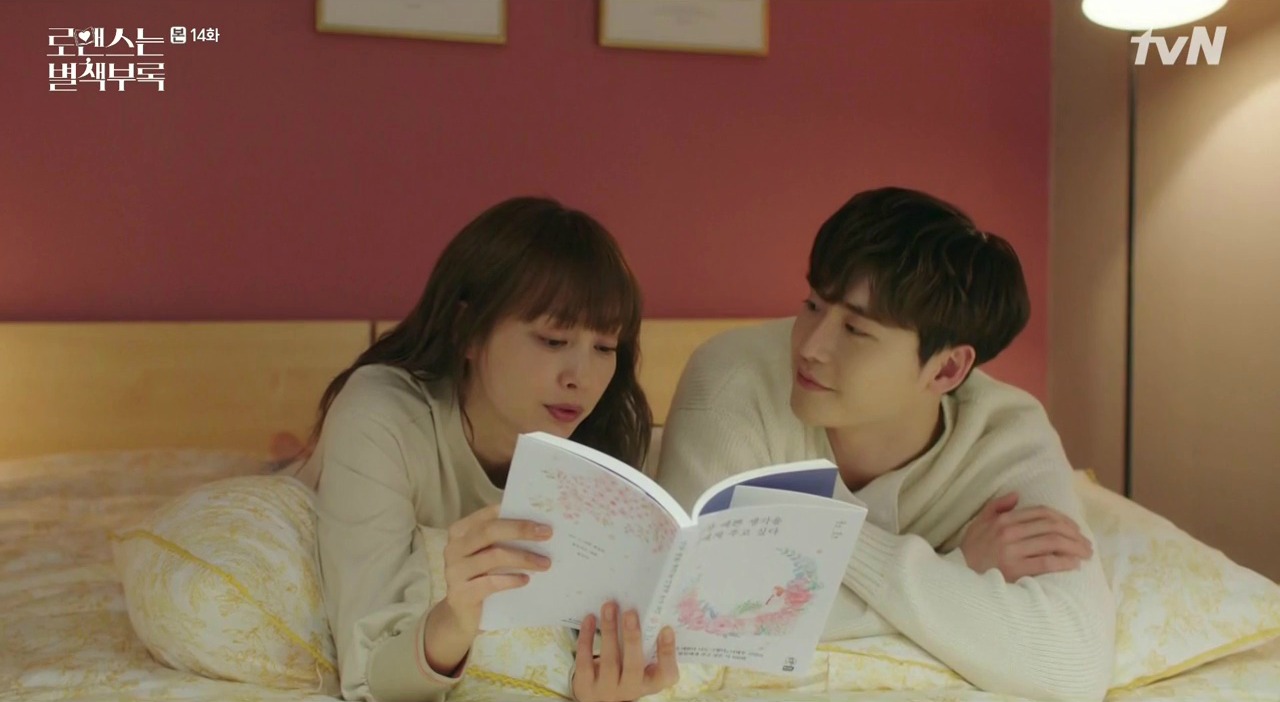 As someone that’s been obsessed with dramas since 2014, every year I see myself grow through the shows I choose to watch and the ones I actually liked. I came into 2019 excited for Lee Jong-seok in Romance Is a Bonus Book and he did not disappoint. (It’s a noona romance for the books. If you haven’t watched, I highly suggest you do.) However, I found myself unable to get through other dramas I was excited for like Abyss and Melting Me Softly and Tale of Nokdu. While it has to do with how picky I am as a viewer, I also think it has to do with what dramaland means to me.

The joy of watching a drama is having an unrealistic story where the characters, plot, and emotions are so well stitched together that it feels almost real. It makes you want to believe that it’s real. 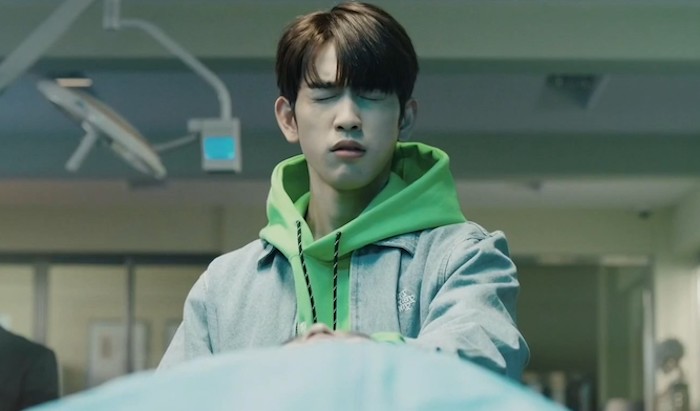 Many dramas were well-written and acted this year like Hotel del Luna, Angel’s Last Mission: Love, That Psychometric Guy, Extraordinary You and more. Which, now that I think about it, were all fantasy dramas. But all of them had compelling stories that forced me to keep watching, and I loved them.

Another thing 2019 gave us is something the drama world tries to do every year: commentaries on the high school life. However, they did exceptionally well this year with SKY Castle, Class of Lies, and A Moment at Eighteen.

One thing I didn’t enjoy this year were the period dramas and the action-thrillers. I couldn’t get through Kill It, Tale of Nokdu, and The Crowned Clown. While I did watch Vagabond fully, it had a let-down for an ending (I mean, there is going to be a season 2 but ugh). 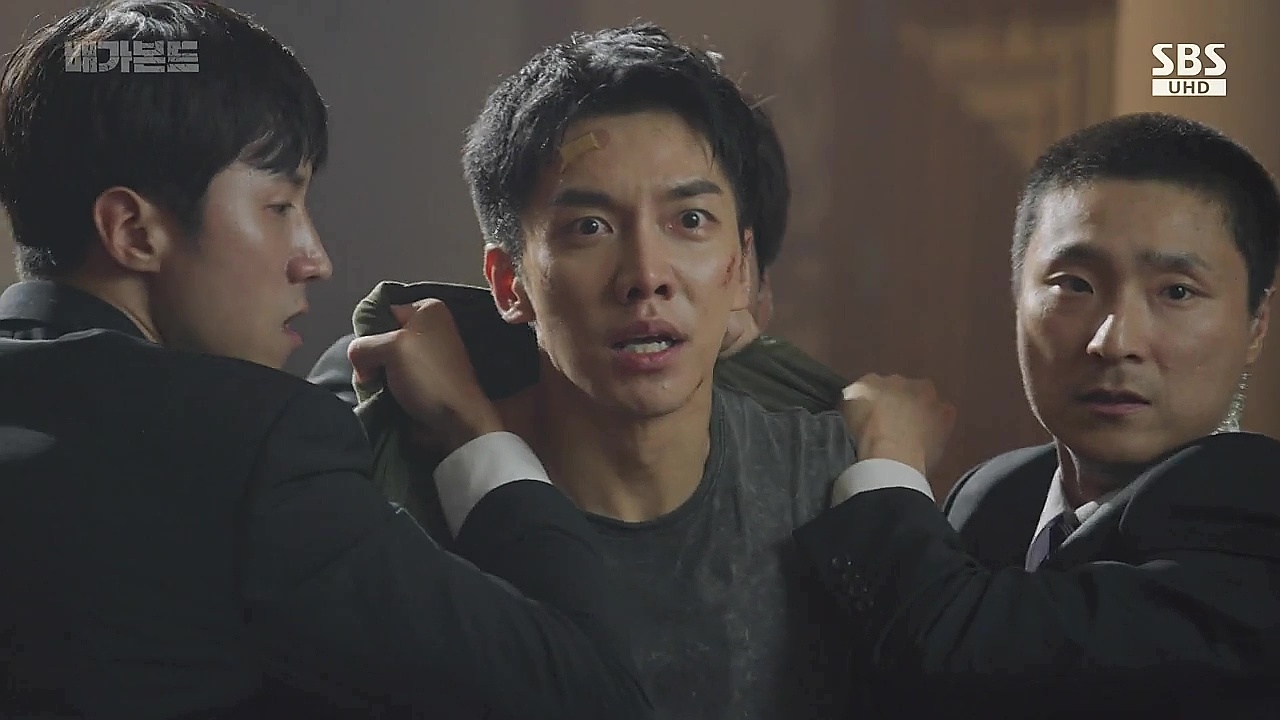 Something else I felt lacking was the comedy dramas this year? I don’t know why but the only comedy I saw this year was Woohoo Waikiki 2, and while I didn’t hate it, it wasn’t the same and I felt myself craving more good comedy.

However, the dramas that will stay with me through the years are the ones that can make me feel parts of myself and my story with their characters, their struggles, and emotions. Obviously, none of the stories are similar to my life story. I don’t live within a comic book, can’t do ballet, and can’t see ghosts (though I really wish even one of these K-drama characters were in my life). It’s the character building and their emotions that I can relate to. I know what it feels like to want to be in control of your life, and to want to help others, and to want justice. It’s the emotion merged with the sense of fantasy and the feeling that in some alternate universe you could really be living that drama. It’s that connection with the story that makes me want to watch. 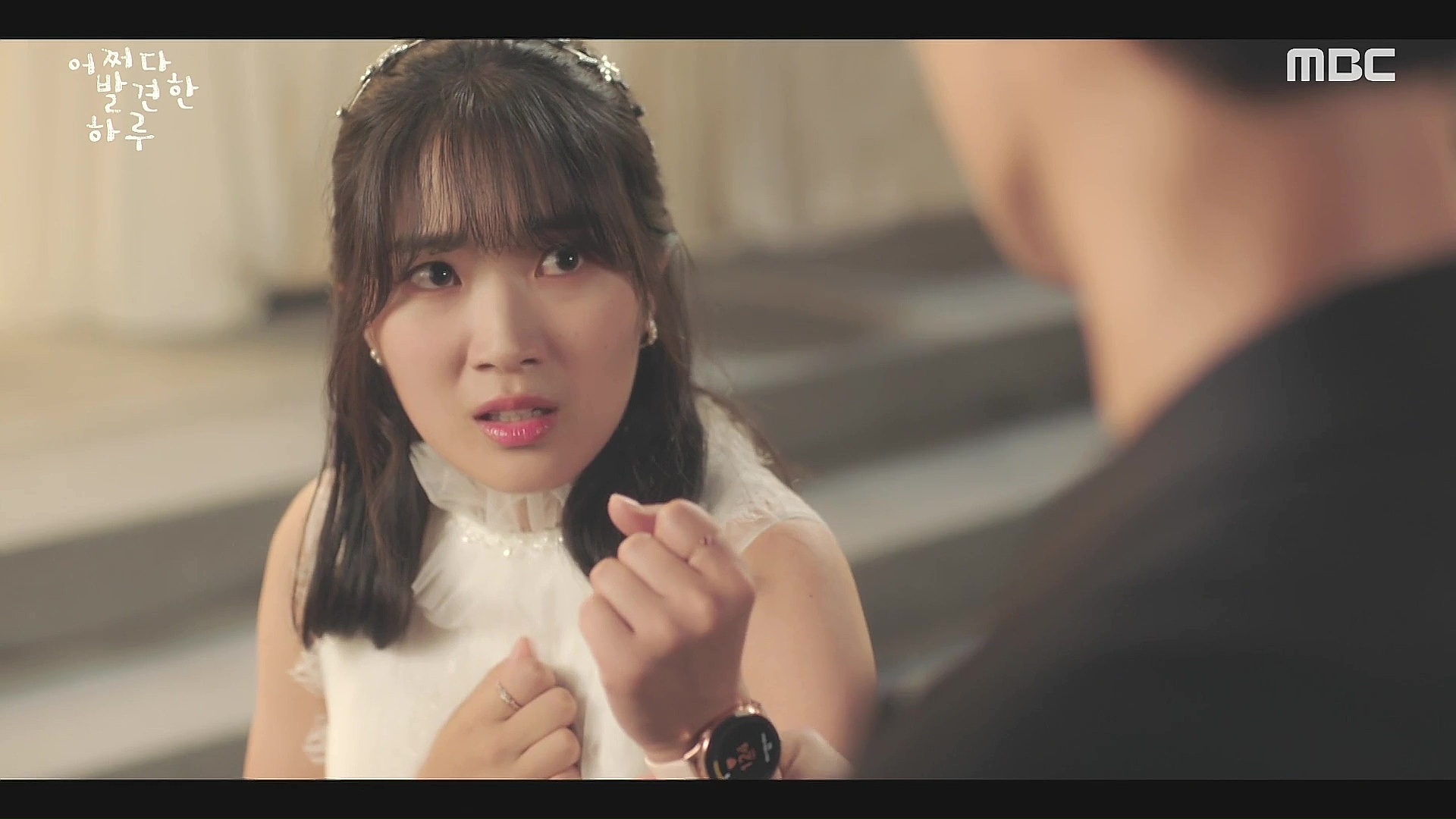 For me this year, Hotel del Luna was that drama. There was pain intertwined with romance that made it so realistic. This drama had a very well written story; more importantly, it didn’t have the basic dramaland ending where somehow the magical character is able to find a loophole and stay with the human forever. While they did allude to a happy life together in the future, the drama established that they could never properly be together. Man-wol went to heaven, as she must, and Chan-sung had to deal with the pain. They were happy while they were together and that made their memories special. Not to mention IU looked stunning in every scene and all the actors played their roles very very well. (If there is no season 2 with Kim Soo-hyun I will be seriously mad.)

That brought me to realize exactly what I want more from in regard to K-dramas. I want that imperfection, that pain, that reality that things won’t always work to be out in the front. It makes everything that happened in the drama so much more special, shows so much more character development and is just more memorable. Why are they so scared to leave something incomplete? Unanswered? Imperfect? 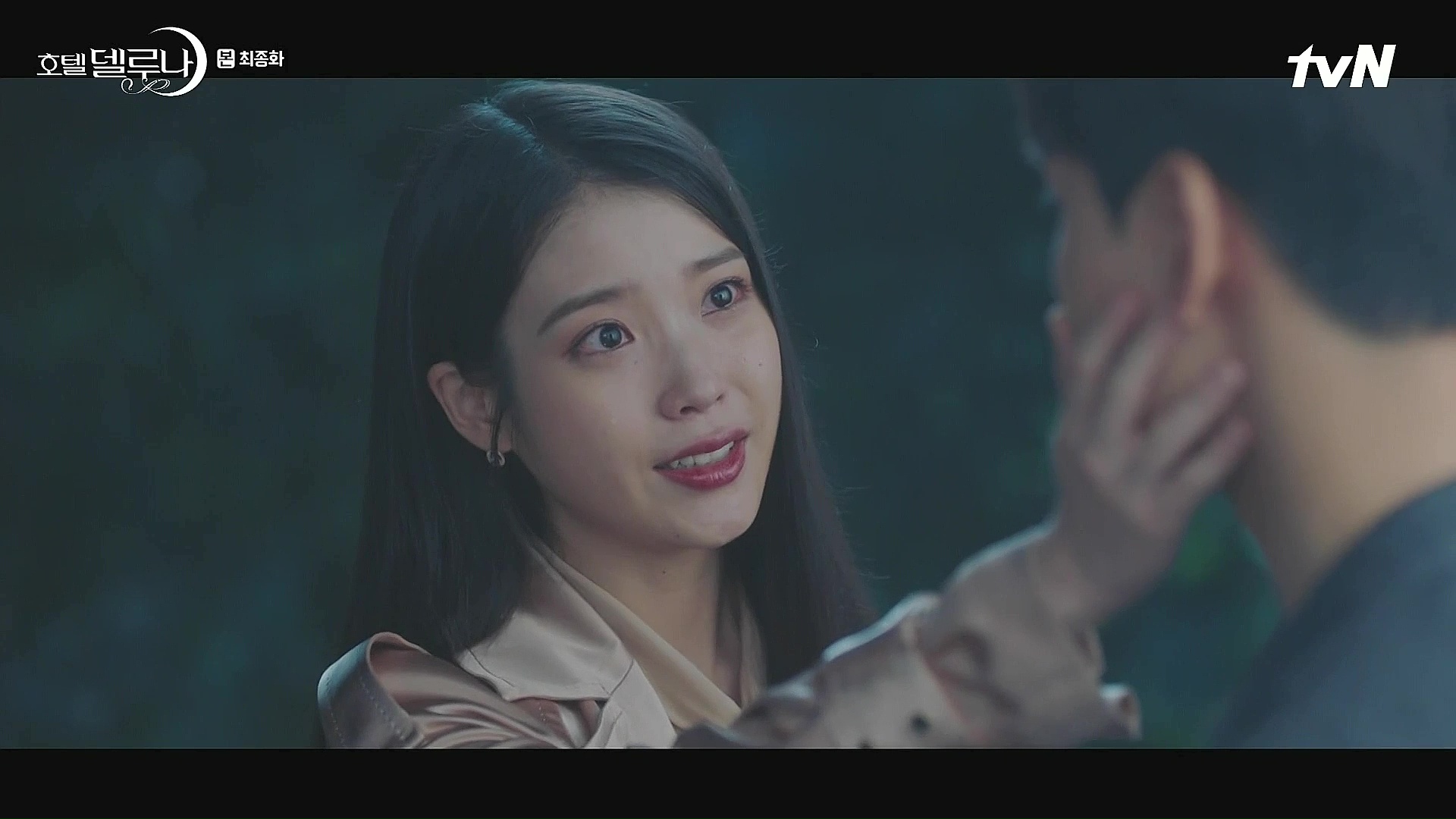 I think it’s looking for beauty in sadness and happiness in the imperfection of life that makes a drama more meaningful to me. The Japanese aesthetics of wabi-sabi and Yugen would be good references for what I want to express right now. There are plenty of literary examples of this, and a drama reference would be If We Were a Season. It was a 2017 drama special that’s only 2 episodes, but it is one of my favorite dramas to date, and I re-watch it almost every season (ironic, no?).

There were a lot of good dramas this year, but also a lot of ones I couldn’t get through, and a few that were disappointing. I am looking forward to 2020 with hopes that dramas will choose to step away from stories and characters we are used to seeing, and will come up new plotlines and leads to keep us intrigued. I would also just like to thank dramaland for providing me with hours of unrealistic dreams and fantasies of all the alternate lives I could have, and also for giving me crazy high expectations for guys and romance. 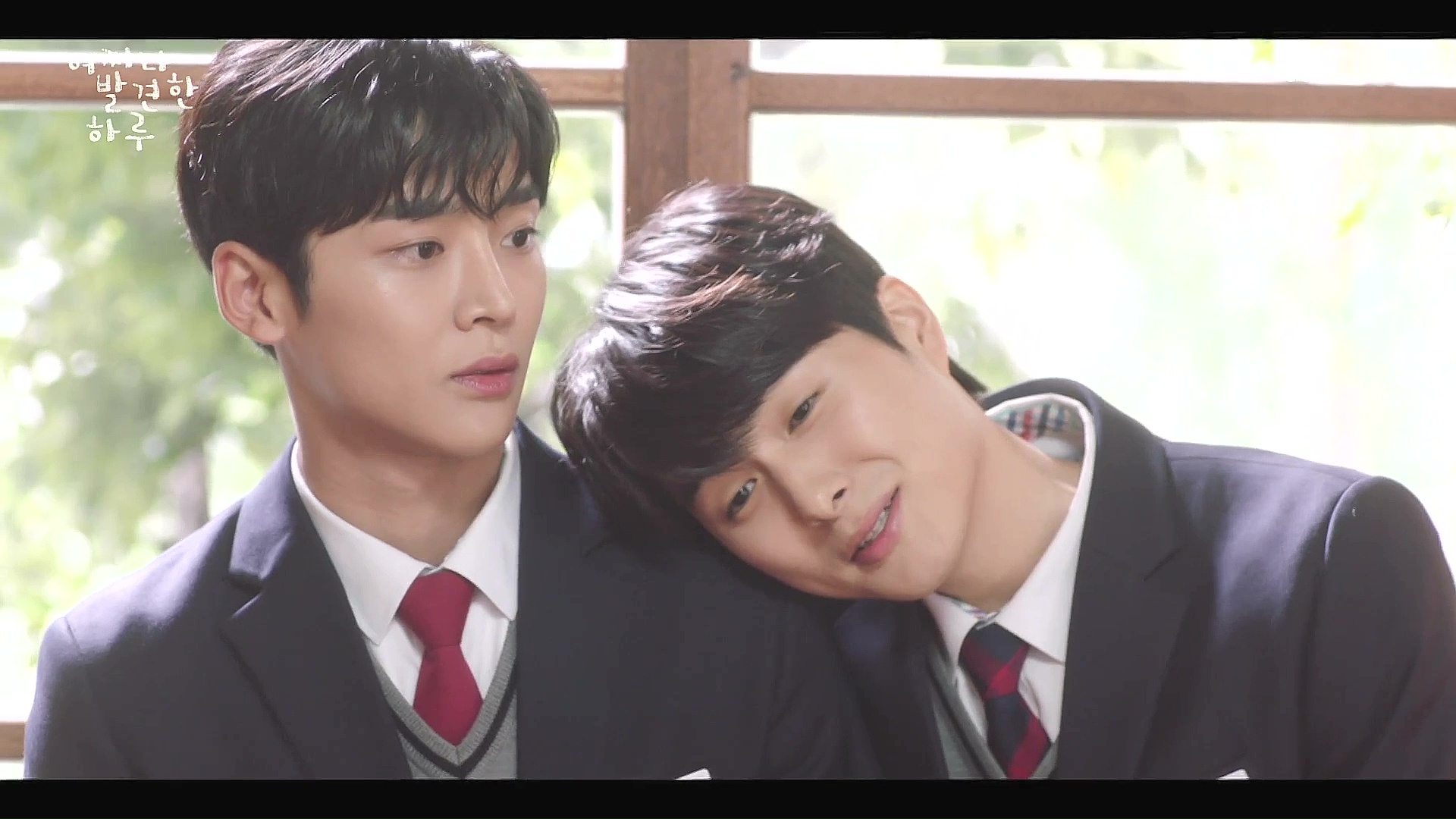 “ I am looking forward to 2020 with hopes that dramas will choose to step away from stories and characters we are used to seeing, and will come up new plotlines and leads to keep us intrigued. ”

Although RIABB was mostly lack-luster in that I really never thought about it after it aired, it seems that so many Beanies took something from it this year, as it is in so many end of the year essays. It did garner a lot of beans from the DB staff this year as well. The part about imperfections, I get that, but I actually want my dramas to end happily, because so much of real life doesn’t. I do think that dramas that don’t end happily can teach us about how you can still survive without one, but a drama that somehow gives you one in the midst of tragedy is probably my favorite. Camillia probably had the best ending of all the dramas I finished this year (I just finished it) and it was so satisfying to see the leads finally truly together. Also, with the community supporting each other. Thank you for a great write up, @dreamingdreams! I started watching dramas two years after you did and I still feel like an amateur in the whole scheme of things though! You are my sunbae here!

I feel the same way about endings. I look for happy endings because I basically watch dramas to be entertained.

I’m glad that made sense to someone!

awhhhh thank you for reading it
(i had no clue it was posted till like rn) but i mean i get what youre saying about happy endings, and i get why some dramas have them, i guess im just looking for more dramas that chose not to, especially when the premise of the fantasy world requires a tragedy.
we have so many happy endings already, a few can be sad, right?

I really enjoyed this post. Sometimes I feel the same way, although hello, who hates a happy end? But there is something also very attractive and compelling in the story that is not "completed" because it gives you a lot more to think of and complete it in your head. If I had time I would write fanfics more often. Thank you, @dreamingdreams, for your post!

awh no thank you for reading it!!!!
sorry i didnt even know it was posted till just now.
lol i left my wattpad fanfic life in 2016 i think i really used to write a lot though.

This whole thing is such a MOOD lol But you did way better than I did in terms of sticking to Kdramas and even finding them attention grabbing enough to start... There were a few that piqued my interest, but not enough for me to even start 😅 ‘Tis was not me in 2019

thank you for reading it @bebeswtz

The word “incomplete” reminded me strongly of MISAENG. Now that’s an example of getting as happy an ending as possible that seems true to real life. However, it depends on genre. I still want my happy ever after (or even a tragic ending for full closure) in romantic dramas and sageuks. Open endings don’t work for me except in slice of life.

Dreamingdreams, good comedies are too few in Kdramaland but this year did produce a great comedy in PEGASUS MARKET, a comedy with as many laughs and even more heart than the first season of WAIKIKI. I have seen both shows twice- that is how good they are. Let us hope that 2020 brings us another great comedy. WAIKIKI season 2 was not

One other show that really grabbed me and sucked me in was GRACEFUL FAMILY. It was a different kind of fun.

i will see pegasus market i havent checked it out this year, thanks for your reccomendations.
and yes, lets hope for a dramaful 2020

I was so thankful for having learned about "The Miracle We Met". I watched it while the new year and the new decade crept over us. It tells the story of 2 families bound together by unexpected tragedy. Although the premise was unrealistic, it was able to tell the story in such a way that you will feel for each character. After all the angst and the pain it ends on a happy note for everyone. Superb acting by the entire ensemble led by Ra Mi Ran, Kim Myung Min and Kim Hyun Joo.

OH MY GOD THEY ACTUALLY POSTED THIS
ASKDHFKJADFHKF
I HAD NO CLUE
AJJSAHFAJKGHSLDKJGH
thanks for reading it guys :)))