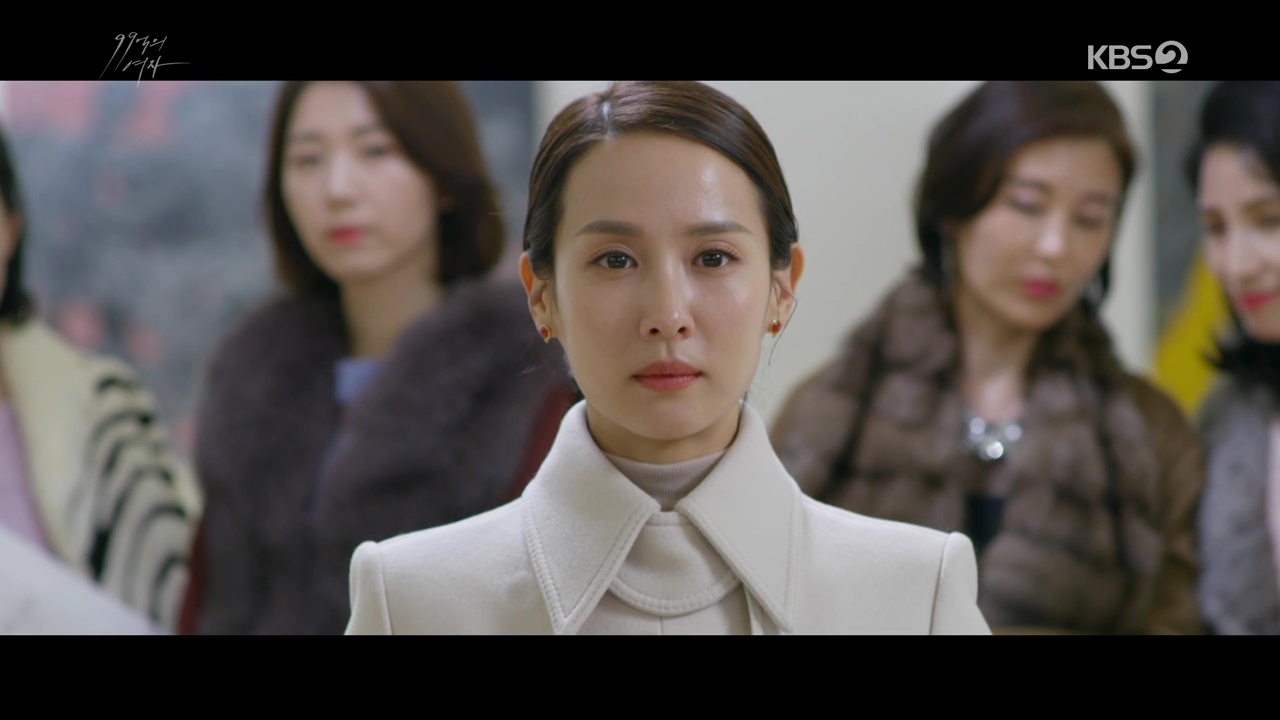 Our heroine needs to escape with her money before it’s too late, but before she does, she has some business to take care of. But clearing her conscience, tying up loose ends, and protecting a new connection turns out to be her biggest hurdle yet. Like she says herself, she’s at the edge of a cliff – and it’s fly or fall. 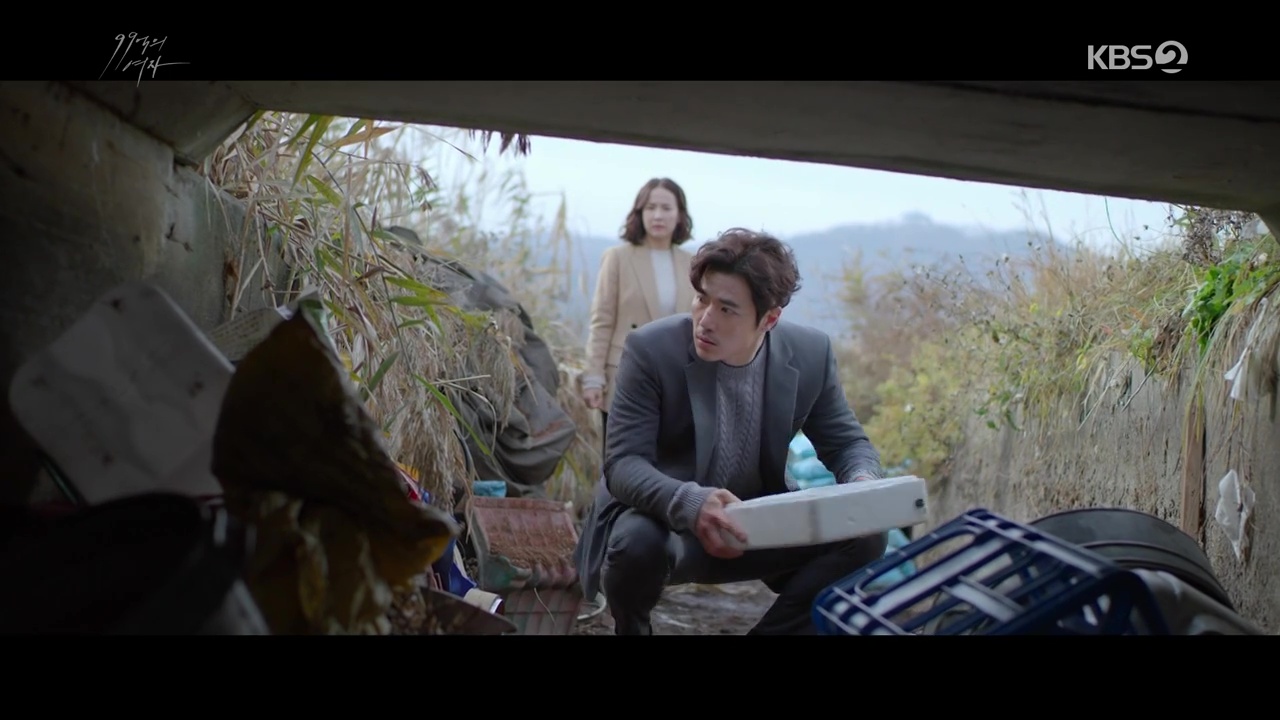 The longer Seo-yeon sticks around, the more danger she is in — and her money, too. It started at 10 billion won, and this week we find out what happened to bring the amount to 9.9 billion. Then, the split with Jae-hoon makes it even smaller when Seo-yeon insists that they give one third of the money to the son of the woman who died as a result of their scuffle.

That leaves 3.3 billion for Seo-yeon, and 2.8 for Jae-hoon, who already used some for his business emergency. Is 3.3 enough for our heroine to disappear? I’m getting worried she’ll only have a couple of thousand won by the time this thing plays out. 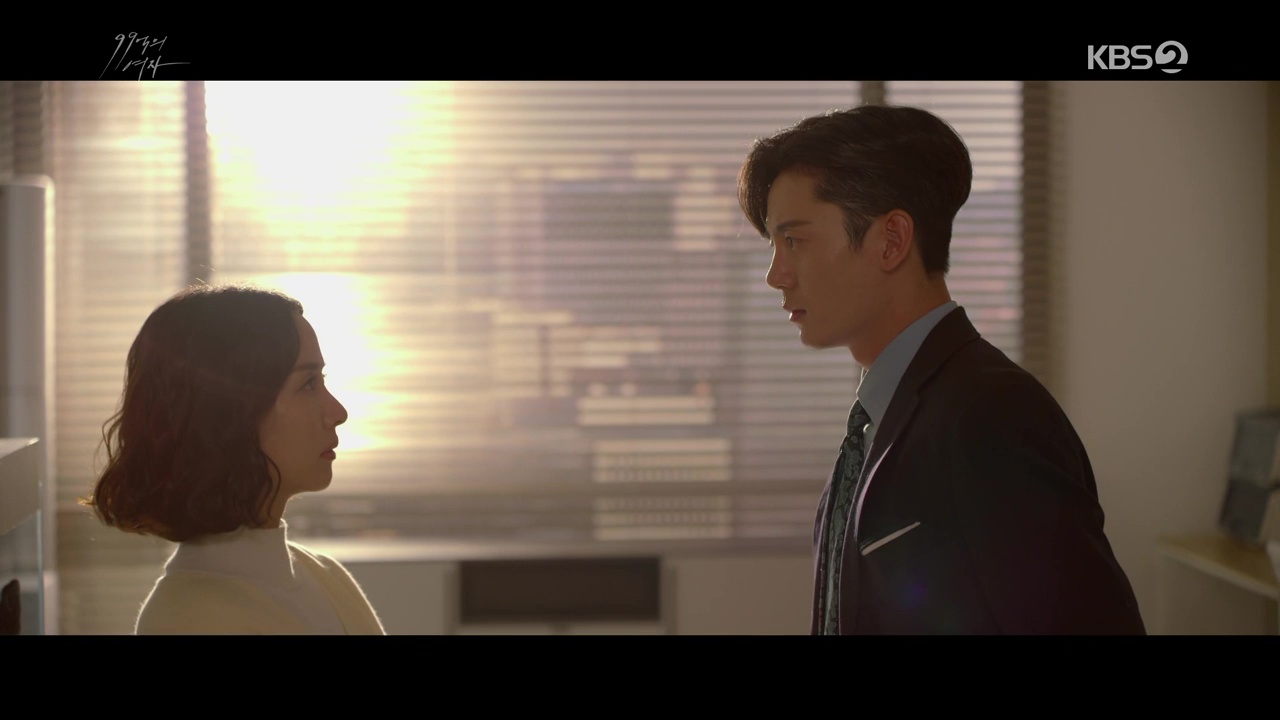 Seo-yeon might be oblivious to it right now, but her husband has transformed into a hellhound. In-pyo’s got trackers, hi-tech surveillance, and cameras planted on basically every major player. I’m not sure how he’s so good at this, but I believe every bit of it.

The people he is surveilling, though, are wound up too tight either searching for or protecting the money that they don’t realize he has a bead on pretty much everything that is occurring — he even finds Seo-yeon’s hideout at Grandma Jang’s. And with most of the necessary information, it’s like he’s just laying in wait to make his move. 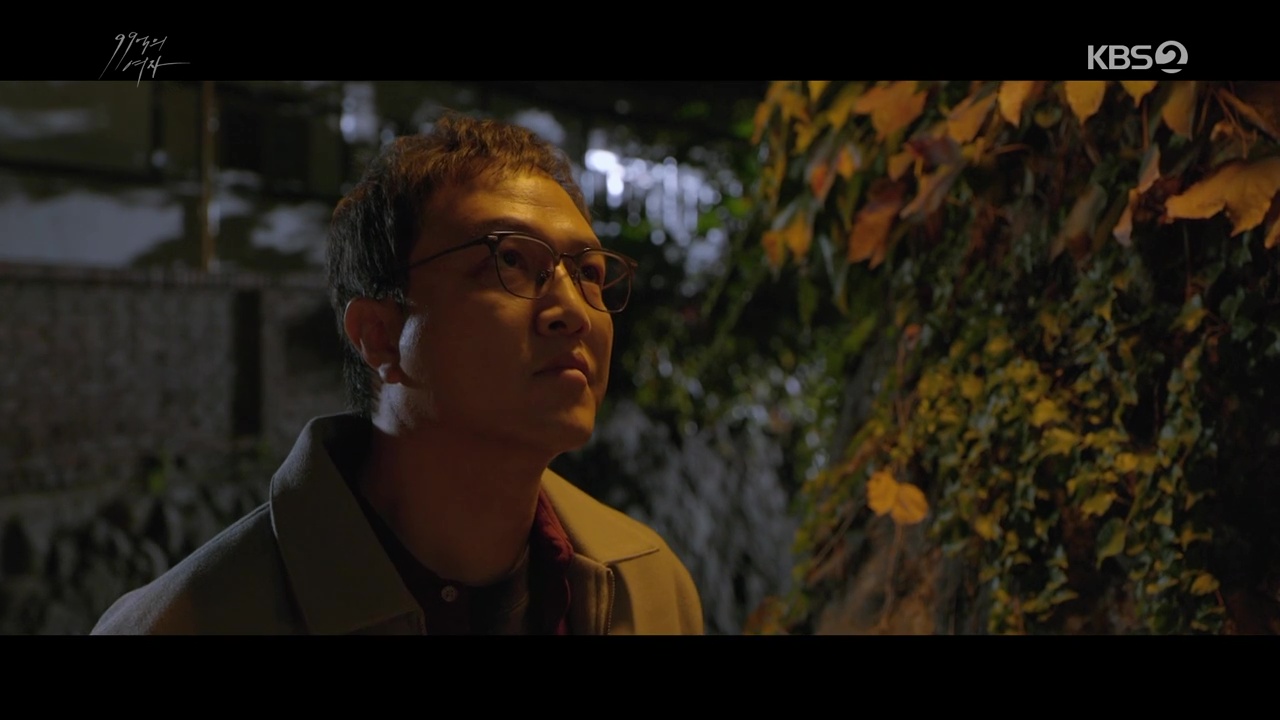 However, it might just be Hee-joo that turns out to be the most dangerous. We are getting some serious looks at what she’s capable of — and what she knows. It turns out she already knew about Seo-yeon and her husband’s affair, and thanks to Seo-yeon’s misplaced trust in her, she pretty quickly stitches the story of the money together.

Hee-joo has all the power, money, and connections necessary to whip the rug out from under Seo-yeon. But in addition to all her anger and outrage, she also cares for her deeply (at least I believe she does), so it makes for an interesting conflict. Hee-joo also knows more about the goings-on of Seo-yeon’s money than she lets on: at the end of this week’s episodes, we see that she’s got two of the three suitcases locked away in her lair. We can understand how she got one, but the second one?! This is a very nerve-wracking development. 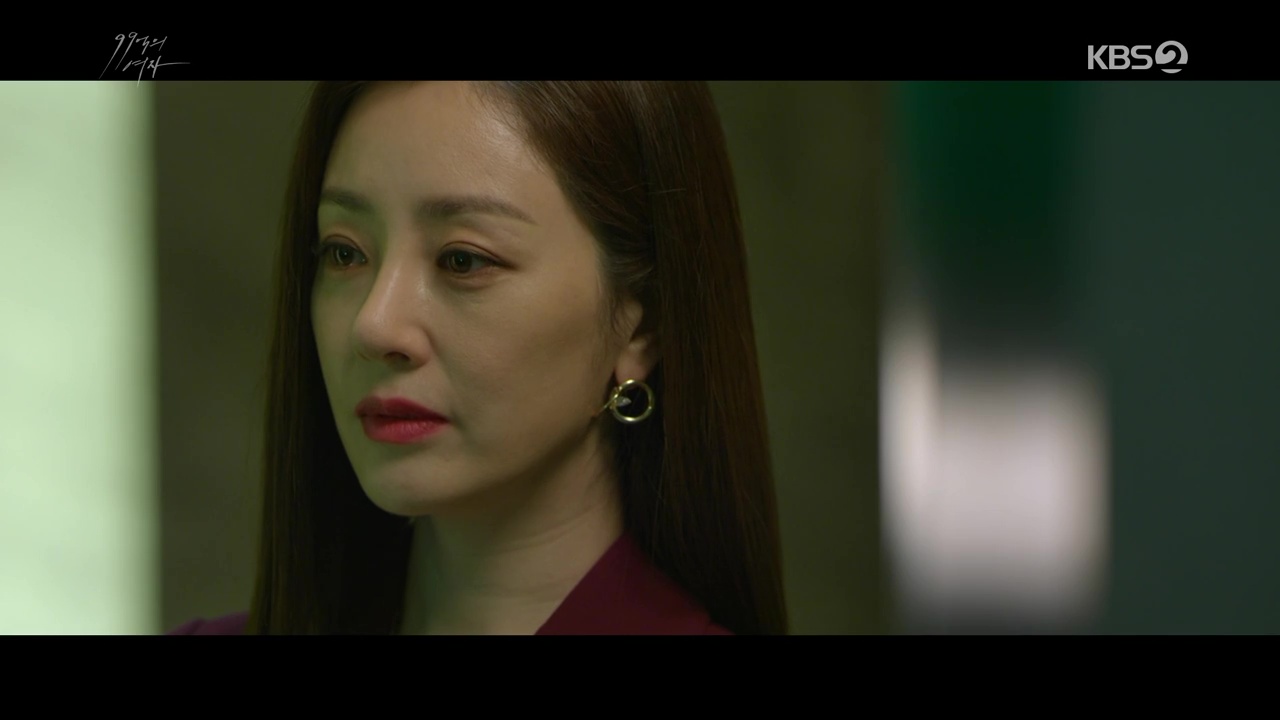 But back to power, money, and connections — there’s a really great dynamic being built into the drama via Tae-woo’s story. Rather than be intimidated by the power, money, and connections of the people around him (and boy are the bad guys growing in number!), Tae-woo says what he cares about is what his little brother will think, and if he did right by him. For all his rough ways, Tae-woo has the purest heart around. It’s easy to see why Seo-yeon lights up when she sees him, talks to him, or thinks about talking to him. Heck, I’d be doing the same.

And it goes both ways, too, which is positively delightful to watch. He’s equally drawn to her, and though they barely know each other’s stories, there’s this invisible force between Tae-woo and Seo-yeon that keeps pulling them together despite the dangers. Their scenes are mature and subtle… and still totally squee-worthy. 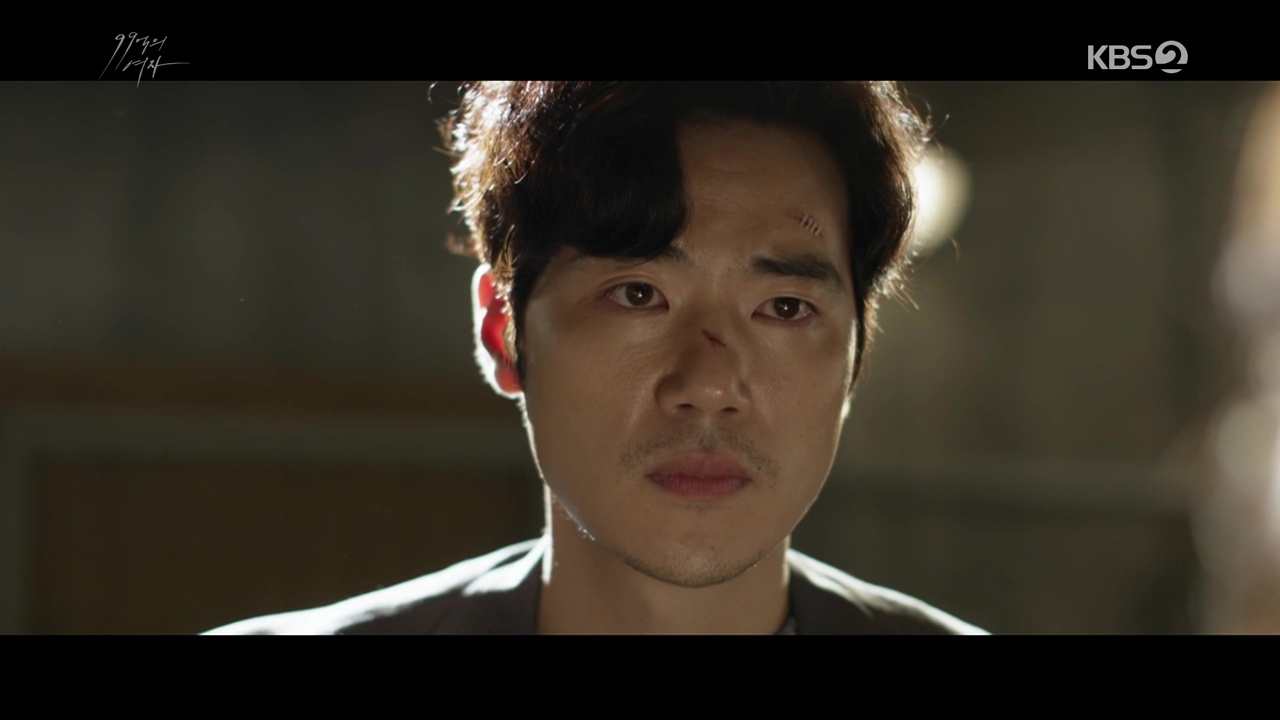 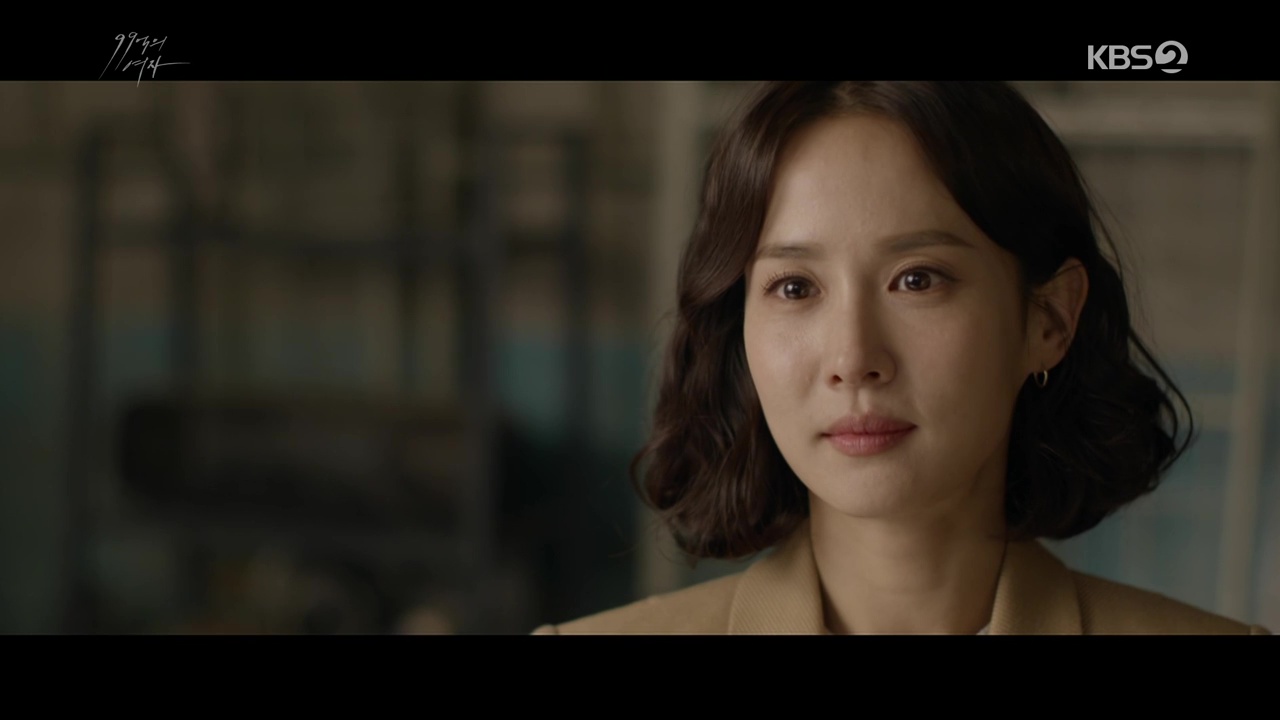 While we didn’t uncover all that much in this week’s episodes, what we do have is a rather heart pounding set-up for the drama that is to come.
Not only is Hee-joo a force to be reckoned with, but In-pyo can pounce at any moment. Thankfully, scary-yet-awesome Grandma Jang put him off his game for a bit (I knew she was too smart to get played!), but he still knows waaaay too much.

Furthermore, there’s a new mystery man on the scene, BAEK SUNG-JAE, who has a connection to Seo-yeon — and to the dreaded bad guy that’s only been referenced with terror by anyone that’s mentioned him. Well, his name is Leon, and he’s coming back to dodge. 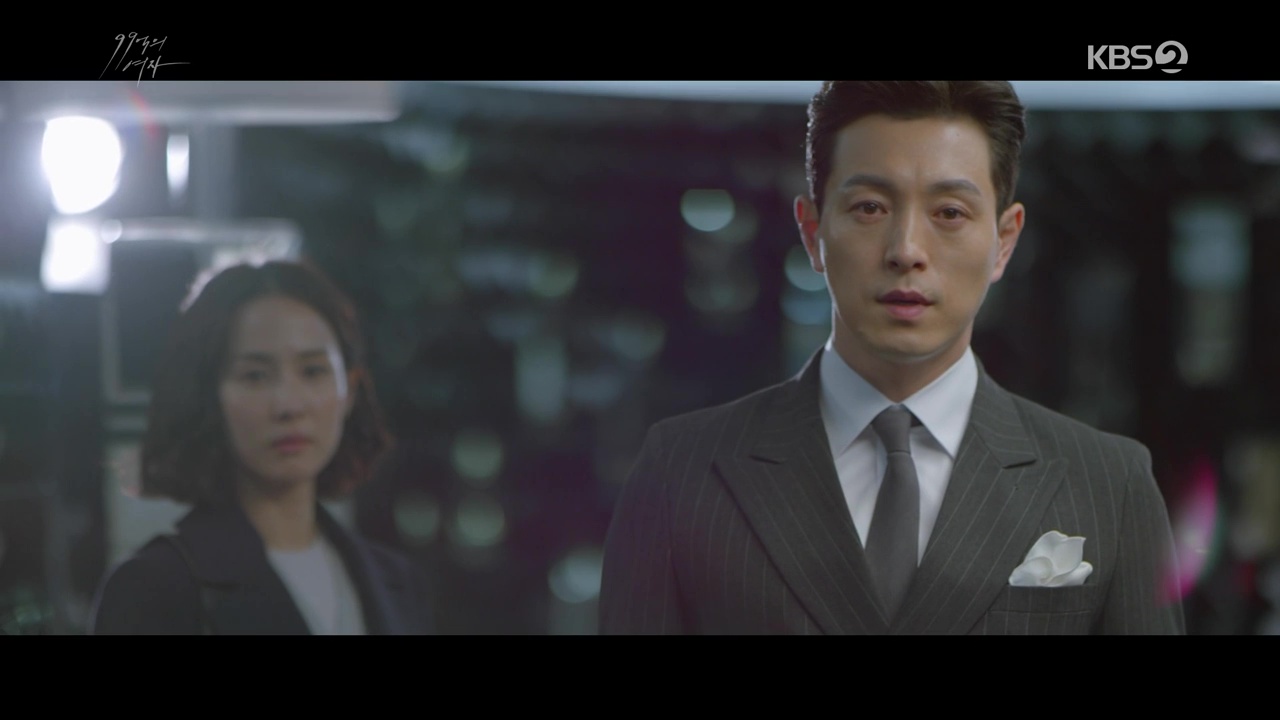 Here’s hoping our lovely heroine can get out of dodge and on her plane to Tahiti before everything blows up. Also, hooray that Tae-woo is the only person she likes/trusts enough to tell where she’s going — but I worry that the more he knows, they greater danger they’ll both be in.

After this week’s episodes we’re halfway through the drama (no, not already?!), and I’m in the horrible state of scrambling to devour more episodes, and then not wanting to watch them. If I watch them, the show will be closer to being over, and I want to keep this wonderful story going as long as possible. 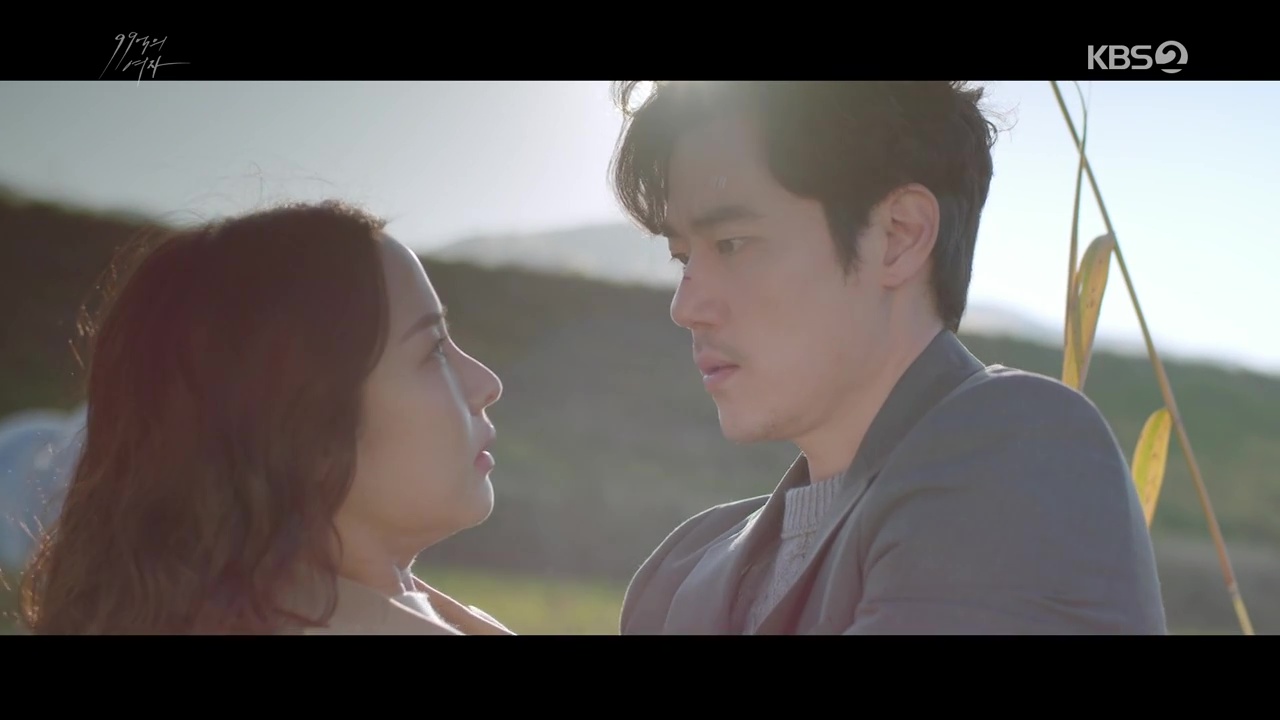 This show is just so... film noir! And I really like it. I like it how no-one is perfectly good or pure, not even Tae-woo although he's probably best of the bunch. A couple of guys seem pretty much "just evil", but they make up for it by actually giving these people some character and making them interesting. Like the guy who constantly chases Tae-woo; at some point he actually teared up while talking about the accident pointing at having emotional connection to it himself. And the bad guy with funny hair is entertaining and threatening at the same time so I'm good with him.

I can't believe we're already at the half way point, I'm afraid of the show would do to our leads so far they've been working together and helping each other but I could see where some doubts could exploited especially on Tae Woo's part if they're not cleared away.

I thought this was a 16 episode show when #15 started; it could have wrapped up Seo-Yeon escaping to Tahiti. But the introduction of a new set of characters at the mid point adds a lot of filler shell game moves of the money cases, which will all wind up with evil Hee-Joo. I think the story will begin to drag to the end.

One thing I love the most in this drama is its fast pacing, although it has its fair share of usual cliches of long shots and lingering scenes but every episode reveals more mysteries and plot twists along with bringing new light to main characters. One mystery I'm very curious about is the relation between Tea-woo and Grandma, I remember Mr.Oh asking Seo yeon if he knows that the grandma is Mrs.Jung or not. I like to know what's the deal and if it has anything to do with her lost child....

I'm hooked on this show. The chemistry between the leads are so strong. The preview made me anxious. Wish these two would stick together.

I thought the new guy introduced this week was gonna be the big, mysterious baddie, but nope! O: It looks like he may have been attracted to Seo Yeon or they had a relationship at one point. It's kinda funny how many shady characters are around and are aware of the money. But dangerous too.

EP 15-16 were a bit slower than before. They took some time because of the new guy and revealed Seo Yeon to the villains. I knew Grandma Jang would be able to see through In Pyo's deception. I was praying for her safety though. He was so angry and no one else was around when he realized she hadn't fell for his ruse.

In Pyo has bugs everywhere! I'm curious who will find the bugs first, hah.

I thought Hee Joo would reveal her wrath after learning about the affair and the money. But in her last scene with Seo Yeon, she looked caring and gave some pretty good advice. Or perhaps she just wanted Seo Yeon to leave quickly and be away from Jae Hoon.

The bespectacled man who took the luggage from the locker is another mysterious character. Previously, I assumed he was hired by Hee Joo to track Seo Yeon and then follow Jae Hoon. He's been shown in a few scenes, but he's not trying to hide. He's not really acting like a private investigator.