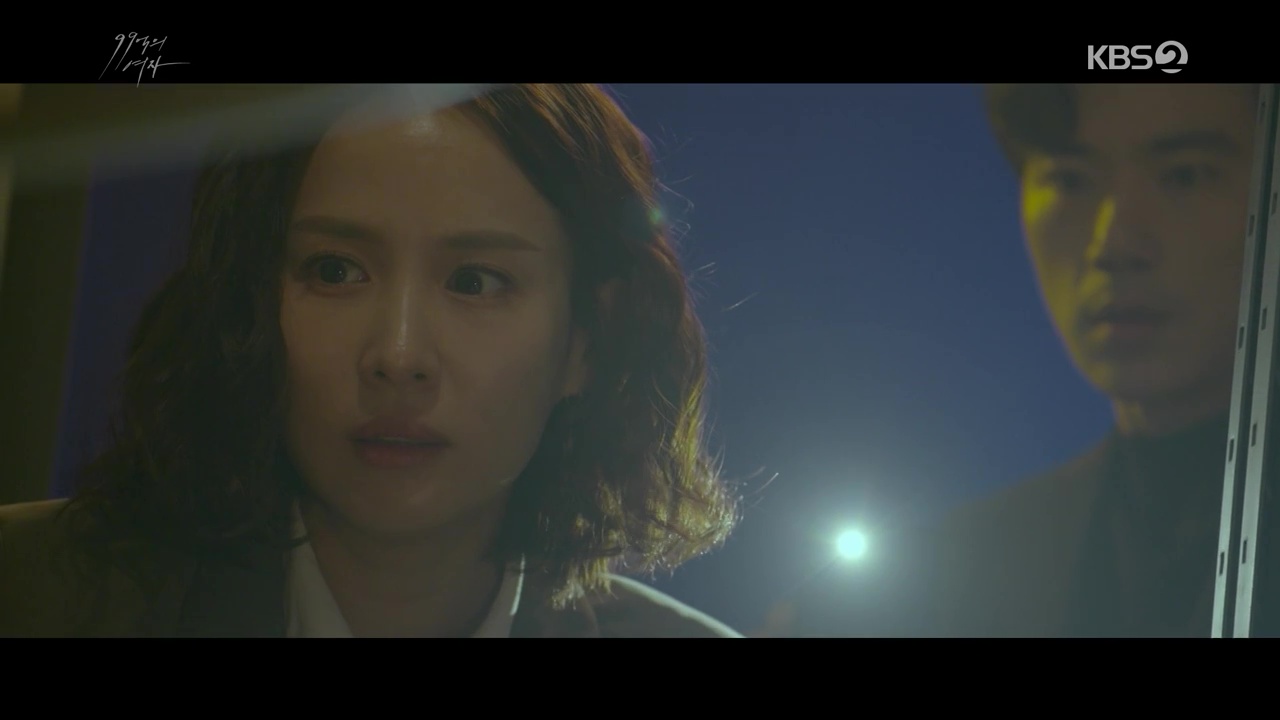 Our heroine might be sitting on a fortune, but greed puts her at odds with her lover and accomplice, and things get ugly fast. At the same time, our hero, as if woken from a spell, transforms into a sharp, insightful, and bold detective. As their stories intersect, the two meet and form an unlikely understanding. 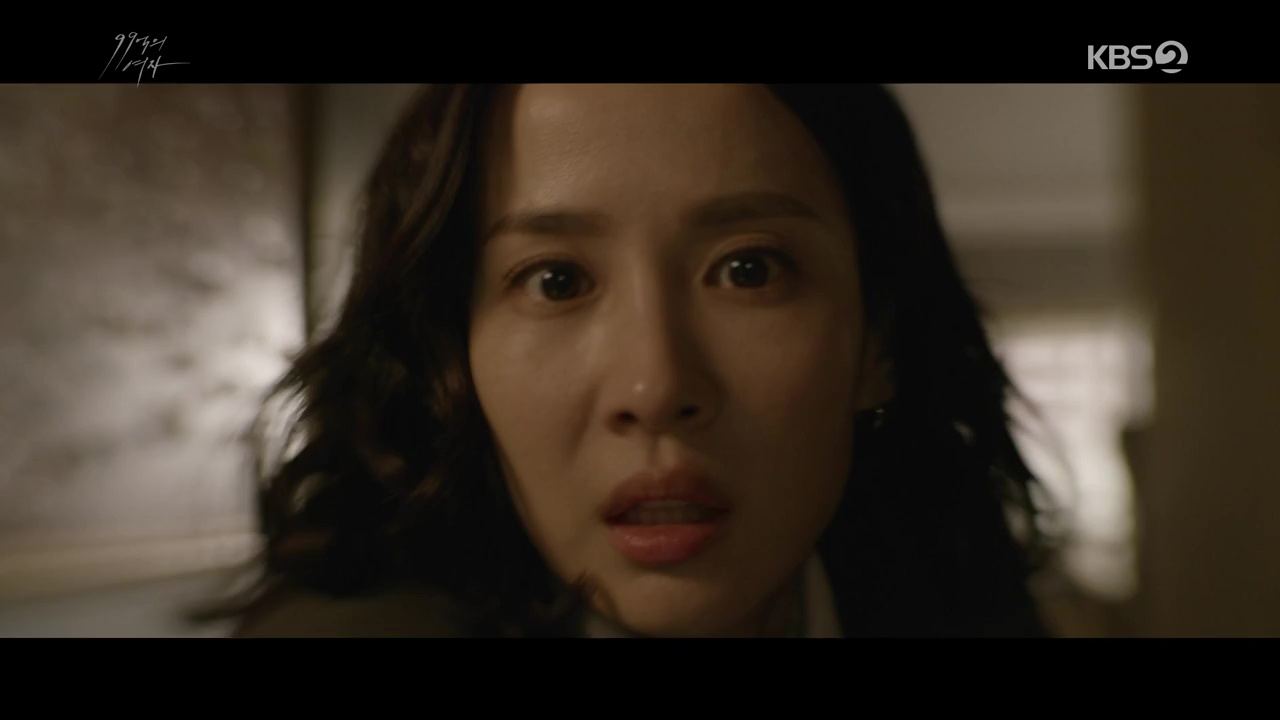 [This week we’re playing catch-up, but will then settle back into the weekly open threads you’re used to seeing.]

The opening week of this drama blew me away with its wild set-up and morally murky characters that I wanted to chastise and root for all at the same time. The first two episodes made it clear that this wasn’t going to be a sunny story with characters that are larger than life — instead, we have a story about desperation, greed, and revenge. 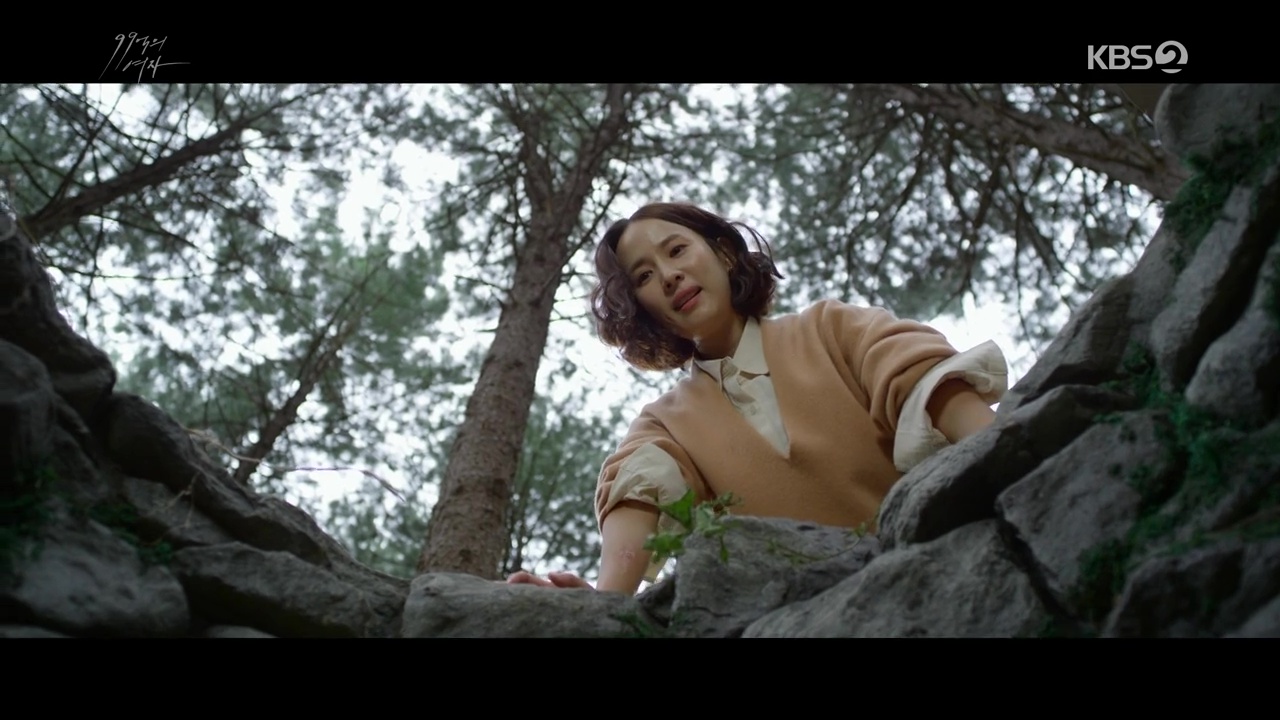 While the element of desperation is present in pretty much every character and storyline, it’s most present with our heroine, Seo-yeon. From the first episode where we saw her mentally drowning, to the set of horrible circumstances that pushed her to steal the 9.9 billion won — it’s amazing how much we can empathize with this woman even while we’re against her actions.

And by gosh, Jo Yeo-jung is amazing here. Her performance is this gorgeous balance of emotional withdrawal and longing all at the same time. She’s checked out of life for the most part, and the “deadness” in her eyes is so well-portrayed. But at the same time, there’s a yearning there too, and this push towards life that’s represented by her imagining the family frolicking on the beach, by her friend’s young daughter, and more. I find this dichotomy completely mesmerizing. 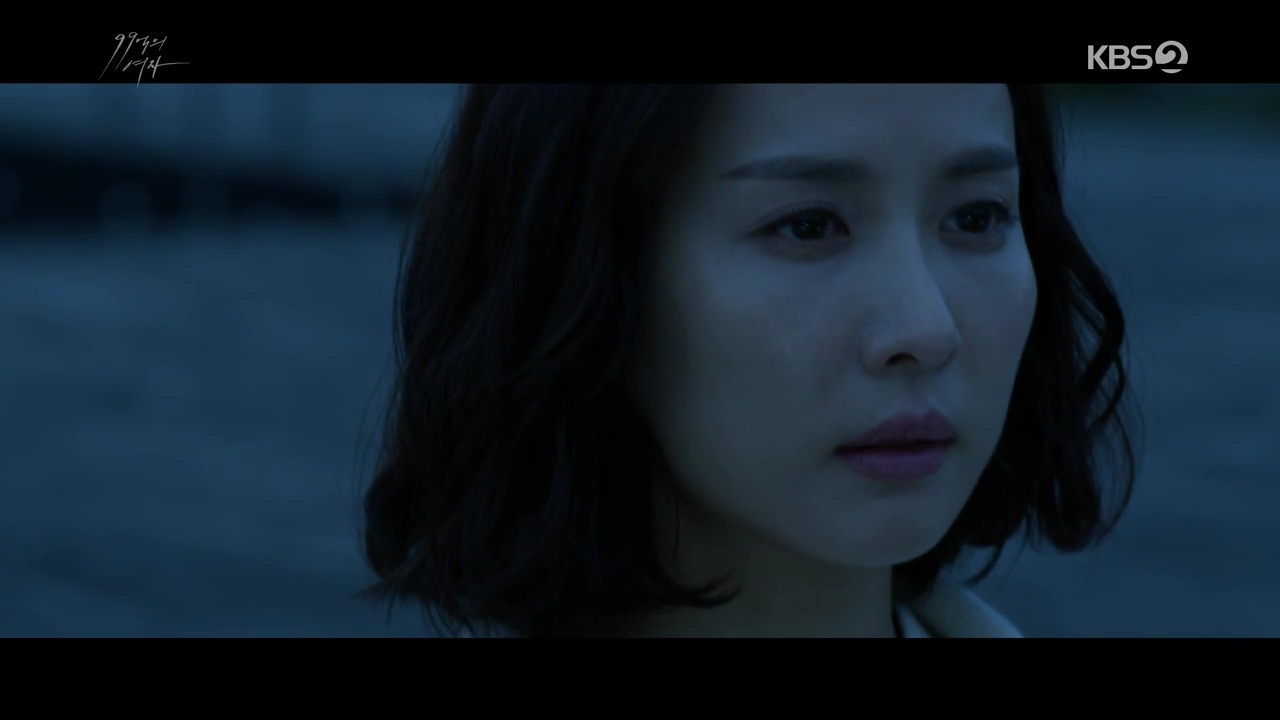 Her longing for escape drives her to one very risky decision: taking the money from the scene of the accident. Of course, the money that she thought was going to be her salvation turns out to be anything but, and as the days pass after the accident, her situation deteriorates at a rapid pace.

At first, she keeps the money hidden in the old well in the woods, but is later forced to move it at her lover Jae-hoon’s prodding. While Seo-yeon keeps calm and plans to let things die down before they make the money into “clean money,” Jae-hoon is all but blinded by greed. Over the course of just a few episodes, the shifting dynamics between these characters is astounding. 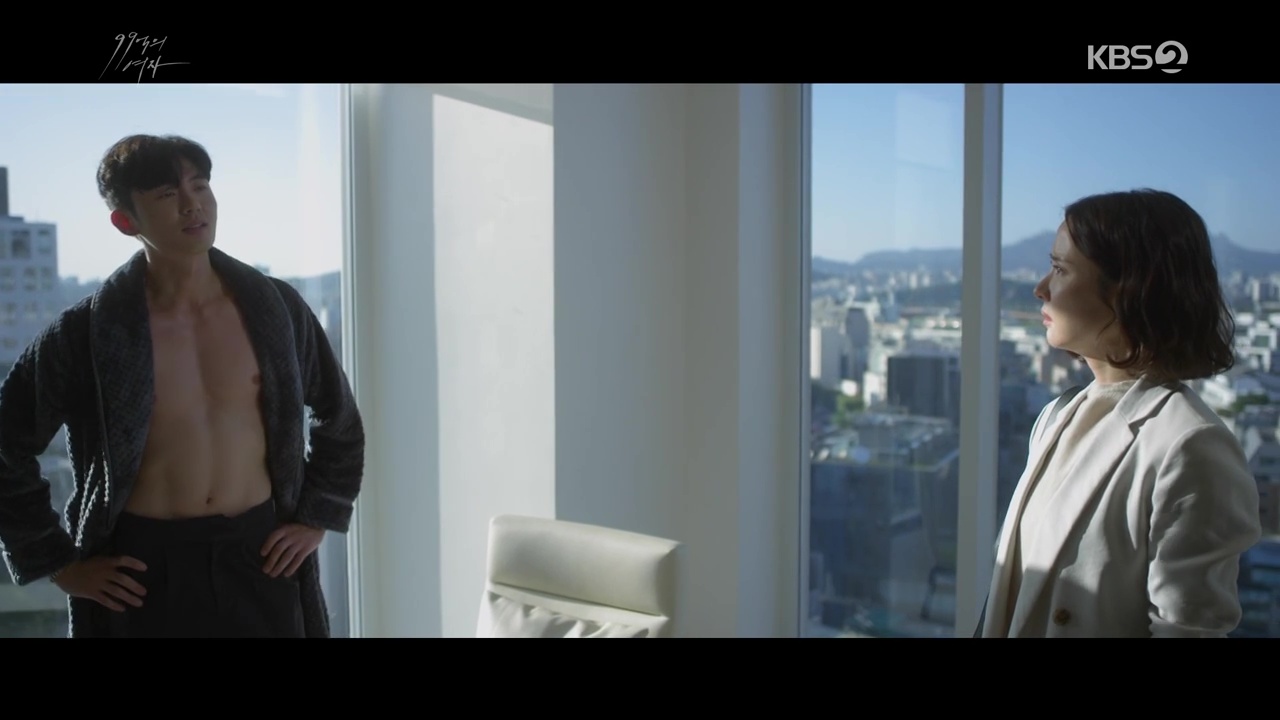 Well, we already knew Jae-hoon was a playboy jerk, but he shows his true colors quite soon, and he’s worse than expected. Intoxicated by greed, he not only hides the money from Seo-yeon, and dumps her and leaves her in the dust, but orders a hit on a woman who got in the way and learned too much. In short, he’s horrible and soulless.

But Lee Ji-hoon is amazing! I’m used to seeing him sweet and dorky, and this transformation into playboy villain is staggering. More, please! Even though I’m afraid for this woman and all the horrifying men after her who have double-crossed her, abused her, and locked her in a freezer to die. Whether they want her life or her 9.9 billion won, the stakes are as high as this drama is high on suspense. 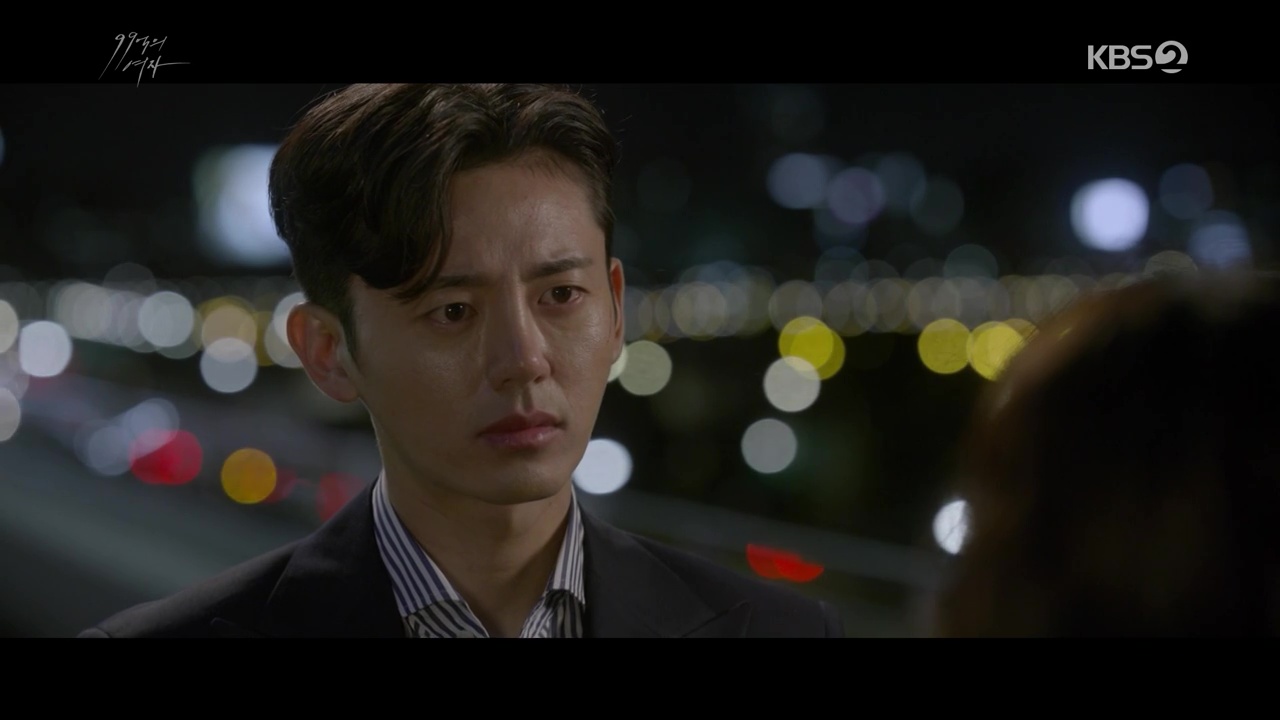 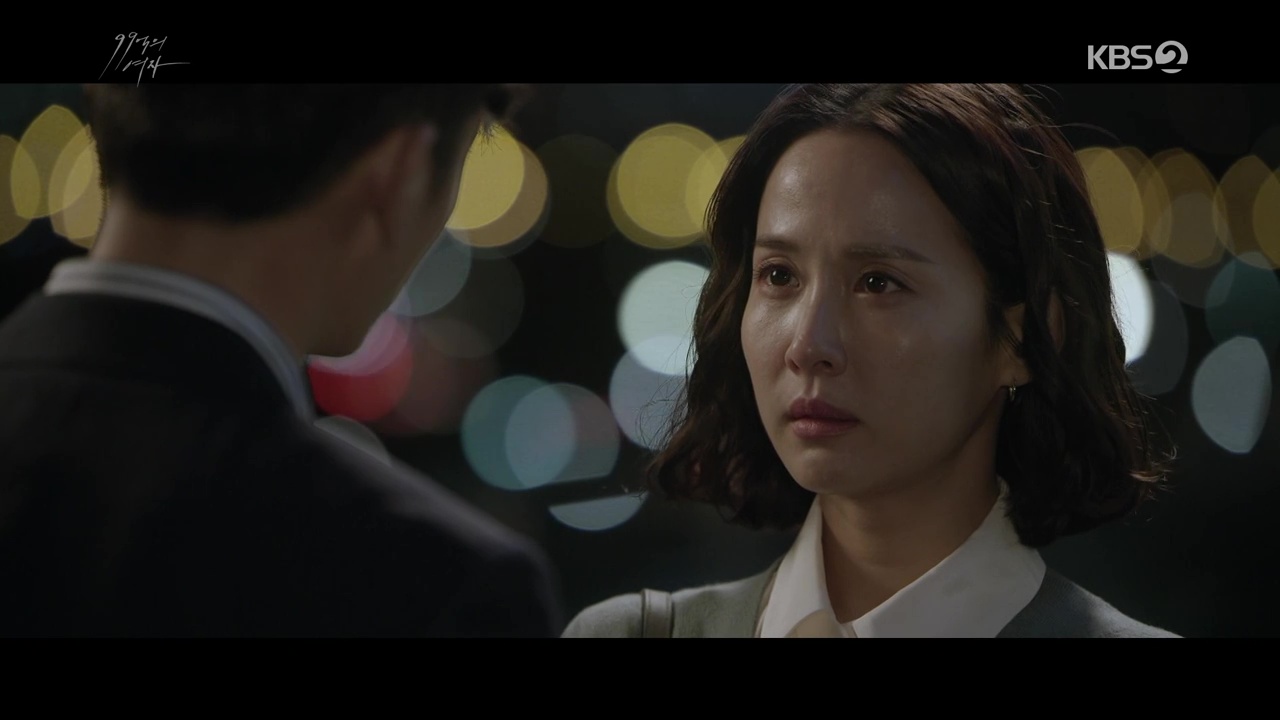 As for our hero Tae-woo, the death of his beloved little brother and the shady circumstances surrounding it, are enough to jerk him out of his slump. He’s a hero who will seemingly do anything to find the truth, though he’s haunted by his past and the circumstances that forced him out of the police force. Here’s betting he will have to face his demons before the drama finishes.

I love Kim Kang-woo, and it’s exciting to see him in a role that suits his range and his ability to convince me he’s capable of just about anything. Tae-woo boldly confronts the thugs who were responsible for his brother’s death, and while he’s shocked to learn that his brother was helping them launder money for their illegal gambling website, he’s equally driven to find out the truth from that night. 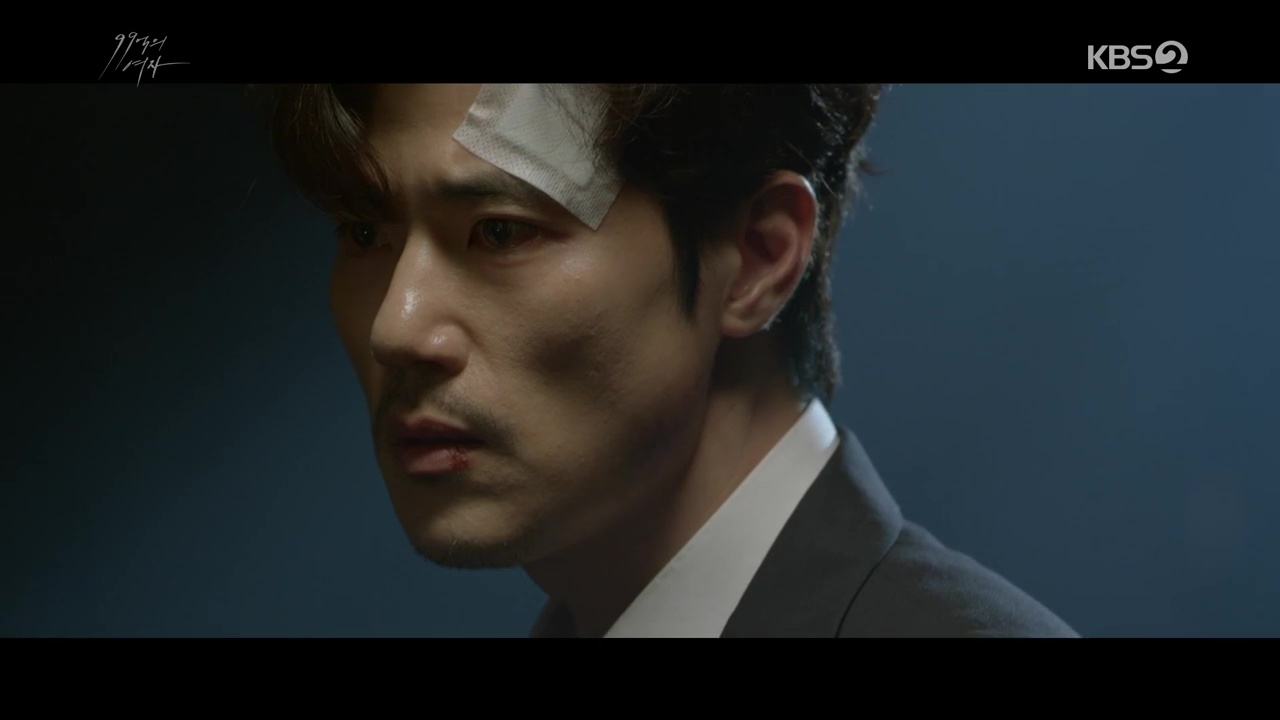 The CEO/thug leader is a disgusting man that shoots his workers with a bow and arrow for fun, but he’s actually insightful too. He says Tae-woo has “a madness in his eyes” — which is true, but I’d argue that for most of the characters in this drama. While both parties are trying to get to the bottom of the car accident and theft of the 9.9 billion won, it’s no surprise that they’ll be facing off sooner rather than later. What will be interesting is which side Tae-woo winds up on, since he crosses paths with Seo-yeon quite early, and the two seem to understand each other.

The characters in this drama are satisfyingly smart. There’s no waiting endless episodes for them to figure out the connections that have been made obvious. Instead, they piece the story together each with their own brand of desperation — whether it’s Jae-hoon’s wife locked in a power play with him, Seo-yeon’s quick intuition that Tae-woo is not actually a cop, and Tae-woo placing her right at the scene of the accident and theft. 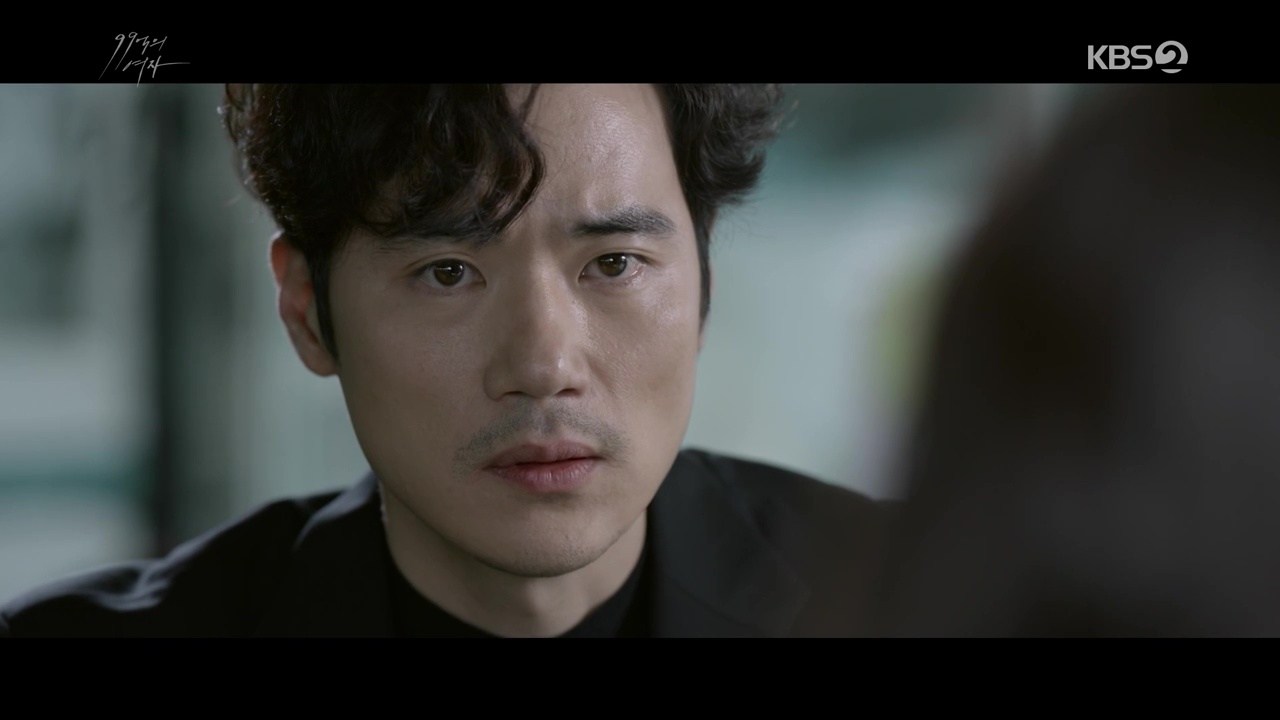 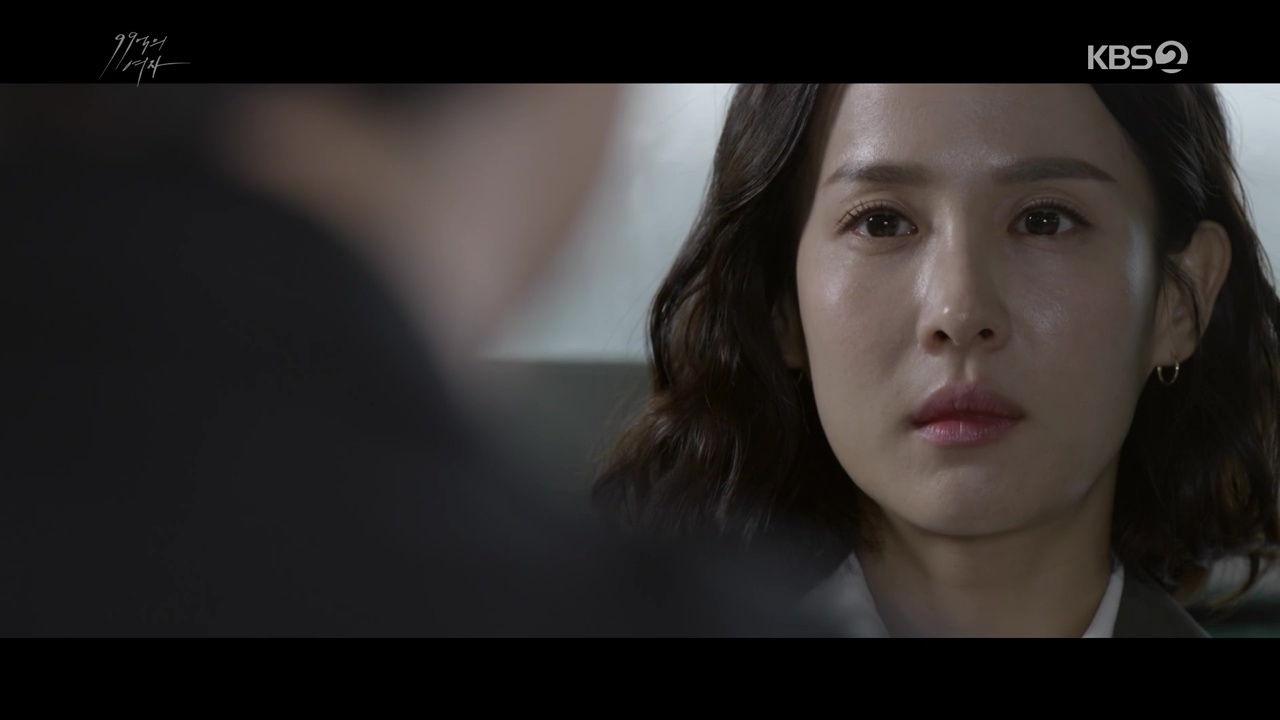 Smart characters and a smart script make for one heck of a drama, and 9.9 Billion Won Woman has a lot going for it, with its fast-paced story and thoughtful directing.

Above all, the acting is top-notch, and our three leads have me hooked with their performances. Even the supporting characters are extremely well-drawn and well-acted. And in the case of the nasty old woman played by Gil Hae-yeon, they’re also full of foreshadowing. “You’ll get caught some day,” she warns Seo-yeon. And while I have no doubt that will happen, the story of how it all unfolds is what we’re here for. 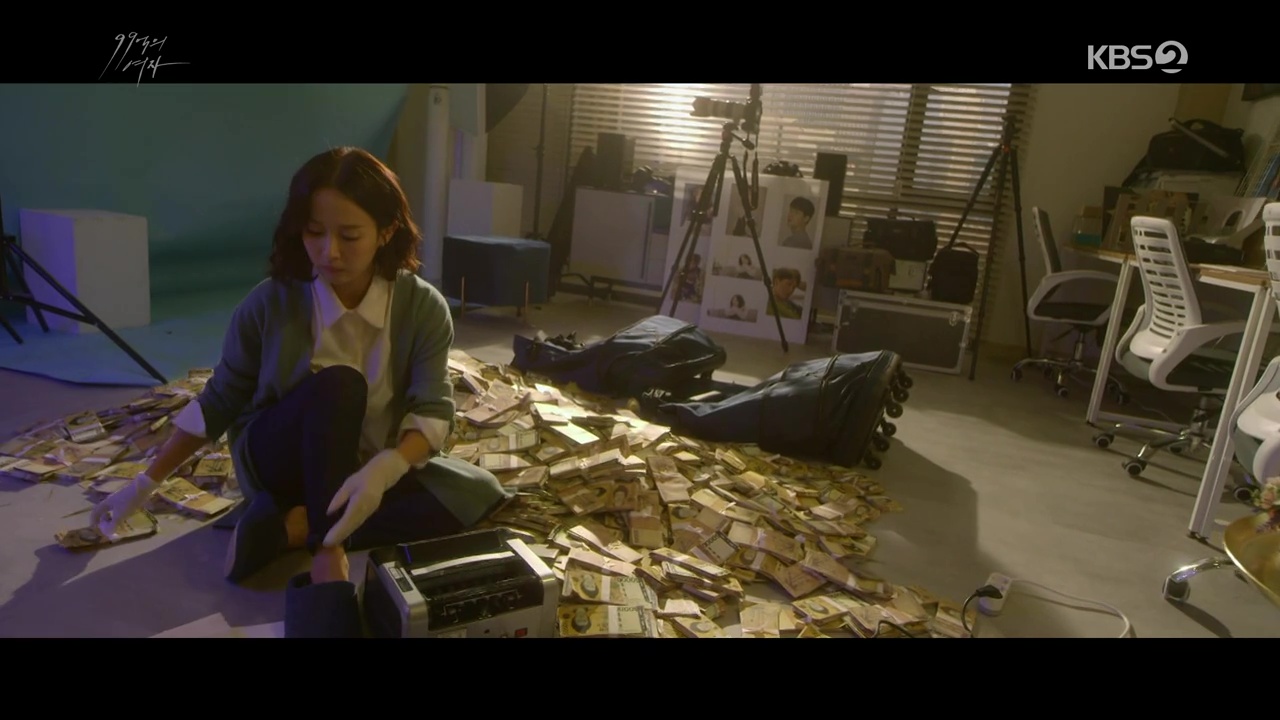 What I am curious about is if or when it will come up that Tae Woo's younger brother was alive and gave Seo Yeon the key, rather than that she found it by his foot.

I love love that Seo Yeon said she didn't regret taking the money because it opened up her life. I also think it is great Tae Woo didn't question it much, considering he pulled her out of a freezer that her sick sick husband put her in.

I am just loving this.

I'm still an episode behind but man I LOVED this. It's everything you said @missvictrix and more, and the fact that it pulls no punches makes it deliciously electrifying to watch.

Jo Yeo-jung had a great secondary character in Beautiful World earlier this year (which was one of my favourites of 2019!) and she taps into that same vein for her current character - who on the outside has a set of horrible circumstances and ends up making extreme choices.

But I have to say I am crying inside at seeing my beloved, honorable-unto-death Historian Min turn into desperate playboy scumbag Jae-hoon! I mean, I love it but I hate it XD XD (Also I keep forgetting he is him because he comes off SO MUCH like Park Seo-joon...does anyone else see it, or is that only me?)

PS, why isn't everyone watching this show?

Because abuse is one of the themes tackled by the show. People are sentive comes to topics like that, even I find it hard to watch soo yeon being abused by her husband :/

I like this show for exact same reasons it's so unpopular. No easy characters, no perfect heroine and charming jerk with some rich crazy family. I wish cheating husband had not become a murderer so quickly, I feel it was a bit so the audience could relate more to the FL and end the affair and hate the guy. I wish the friendship with the rich wife was real, they could both use a friend.

Yes, indeed. The characters here are surprisingly quick-witted. All of them. But can someone enlighten me how soo yeon found out tae woo isn't a cop? Even tae woo couldn't figure how she knew.

I understand alot of people will not like soo yeon and her choices, and would straight up call her a bad character. And that's probably why less people are watching the drama. (even I wasn't planning to watch it because of the abuse part but I checked it out bc the ratings were good) I say the reason she's acting this way stems from the loss of her child. She blames herself for it (was it a miscarriage?) and it doesn't help that her abusive husband is saying the same. If people understand the reason for her actions they are more likely to be accepting/tolerant of her actions. Like this, tae woo understood her hardship as the wife of an abusive husband who almost killed her in that freezer. That's why he didn't prod her further about what happened that night with his brother. He was initially angry but accepted it and let it go. I hope to see more interactions between the two..

Furthermore, soo yeon wanted to die that night but that money saved her. If this is the only thing that will help her hold on to life, I say take it and start anew. Of course there would be lessons to be learned about how money, alone, can't bring happiness but it's better than giving up on life completely. She will learn and she will heal, I hope.

Just to add, her self-blame for her child's death was probably why she let her husband abuse her up until she saw that money (like some kind of salvation for her). It was her form of slelf-punishment for her loss. And although she accepts, she also retaliates from her husband and hee-ju's treatment by having an affair with jae hoon.

Seo Yeon knew Tae Woo was not a real cop because she recognized the watch he was wearing. His brother's watch.