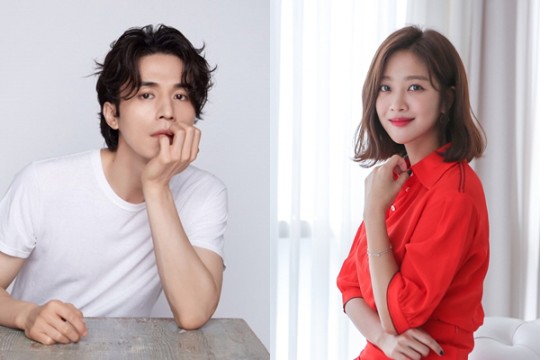 A new fantasy drama is in the works for tvN called Tale of Gumiho (working title), and casting has been confirmed for Lee Dong-wook (Hell Is Other People) and Jo Boa (My Strange Hero). The duo will play leading roles.

The folklore of Gumiho has been adapted into many dramas before. Although there are male versions of the character, like in Gu Family Book, the mythological figure is usually depicted as female in Korean stories such as My Girlfriend is a Gumiho (coincidentally, both dramas starred Lee Seung-gi).

In tvN’s new telling of the story, Lee Dong-wook plays a male gumiho by the name of Lee Yeon. He was once the guardian god of the Baekdu-daegan mountain range, which spans across the Korean peninsula from Baekdu Mountain in the north and down to Jiri Mountain in the south. But now, in the present he is relegated to be a public service worker of sorts for the mortal world and netherworld. His main job is to dispose of meddlesome spirits who perpetuate ghost stories to conceal their identities and wreak havoc in the mortal realm. However, even after a spirit is long wiped out, the ghost stories continue to circulate and they soon attract the attention of Jo Boa.

Jo plays the character of Nam Ji-ah, the main PD of a reality show called Uncovering Urban Legends. She is always willing to go the extra mile and has even jumped head first into a religious cult in order to get to its core. Due to the nature of her show, she encounters many different corners of human society and is fearless about interrogating even the shadiest of individuals. For the show’s next project, she decides to focus on ghost stories. However, what starts as chasing ghosts takes an unexpected turn when her search lead her to a gumiho instead.

Now I will have to hope they don't put too much focus on the horror possibilites cause I'm a baby. (The one time I wouldn't mind a low-budget for CGI...)

We are probably not talking TRAIN TO BUSAN here. I am thinking that, because the emphasis is on ghost stories and our male gumiho is, in effect, working to clean up the damage this looks more like THE MASTER'S SUN. Which was a really fun show and one that my wife and I plan to re-watch as Halloween approaches next year.

Of course the most fun will come at the moment when Ji-ah realizes that she has a real honest to god Gumiho on her hands.

That's partly because I think Jo Boa is good at light-hearted and it makes more sense to cast her if they want to go that way.

The casting of Jo BoA is indeed a very good sign that it will be lighter. If they wanted to do heavy duty scary they would cast someone else.

It has been a while since we have had a good Gumiho story. For good reason we usually get a female one but as noted here a male gumiho character has been done before. I like both Lee Dong-wook and Jo BoA for this. It sounds like fun. If the writing is good tis should be a very watchable show.

I like the cast, so I'll give it a whirl.

Ooh this sounds interesting, I already know how good LDW and Jo Boa are, I hope the writing is just as good!

This will either be epic and great fun or...Well, Bride of the Water God Redux.

I would like to forget BRIDE OF THE WATER GOD. I took too long to drop that one.

My wife recently tried watching Bride of the Water God, got about half way before quitting

That was a very good decision.

I love the idea of this drama. I can already imagine Dong Wook as Gumiho who will act as guard and Bo Ah seems to be good choice as well. Writer and director of "Children of lesser God" sets the bar even higher since the drama was awesome. I pray for good writing and decent special effects. I hope there will be some fighting scenes cause LDW is very good in them.

Besides, I've read somewhere that writer Han Woo Ri is half American so maybe she'll write it with less kdrama typical cliches. She did well in her previous drama.

You make good points here and above. The previous 'gumiho' stories have not been the same each from the other- this seems to be a subject where there can be a great deal of creativity even though we are dealing with a stock folktale figure. There is reason to hope for good things in the writing.

I didn’t picture the two leads together before, but now I can’t wait.
The plot sounds like it could be really good.

I’m excited about this pairing as well!

She is destroying things for me with my favorite actors. 😓😓

I don't care for her as an actress. Normally she is 2nd lead so I can just skip past her. With her leading roles, I have given them a try but something about her irks me.

I have been waiting for LDW and PHJ to be in a drama I could get into but I don't I can watch her. I am going to try though.

Love them both. Love to see it.

I'm soooo behind this pairing!!

This role sounds right up Jo Boa's alley. I can literally see her in it already. Am not super familiar with the writer but may tune in if I can. Because honestly I love Jo Boa.

awww i'm glad jo boa is getting more main roles! i was worried for her a bit because it seemed like she just kept supporting roles but so happy for her! i think shes so pretty!

Lee Dong Wook should pair with Yoo in na as they have natural chemistry and act well in unison. For maximum popularity use pairs that work.

You had me at LDW as a gumiho!

I am so excited for this. I cannot wait!