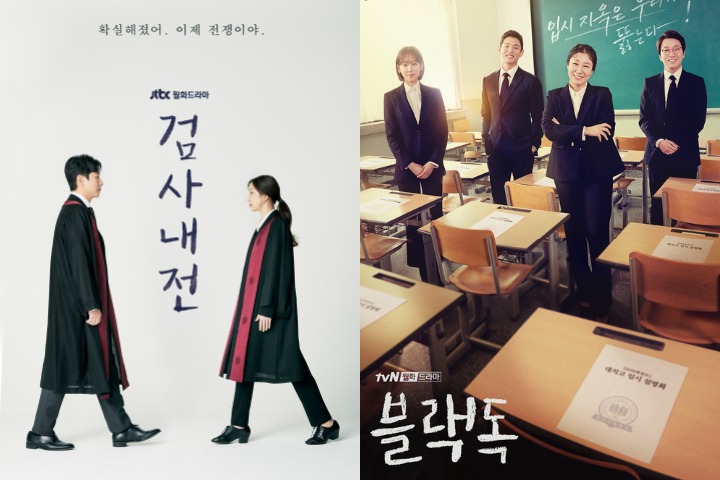 It’s hard to believe, but we’ve already reached the end of the year and these are the last two drama premieres of 2019. Goodbye old year, hello new dramas!

Reasons to watch: On TV, a prosecutor’s life is usually at one end of two extremes. At one end, prosecutors are guardians of justice who takes down monsters. On the other end, prosecutors act as handmaidens to the powerful and corrupt. The reality is more run-of-the-mill, especially when you’re working far from the courts in Seoul. Day-to-day, cases lean toward the small and petty rather than media-attention grabbing. The drama follows Lee Seon-kyun (in his first drama since last year’s acclaimed My Ajusshi) and Jung Ryeo-won as they work to uphold justice. Their approaches may be different, Jung is all hard logic while Lee is softer with a people-first perspective, they take pride in working on behalf of victims seeking justice. They and their colleagues may toil away under the shadow of star prosecutors, but they take pride in the work they do. Tune in if you’re looking for an introspective drama on the lives of prosecutors the inner workings of a court of law. 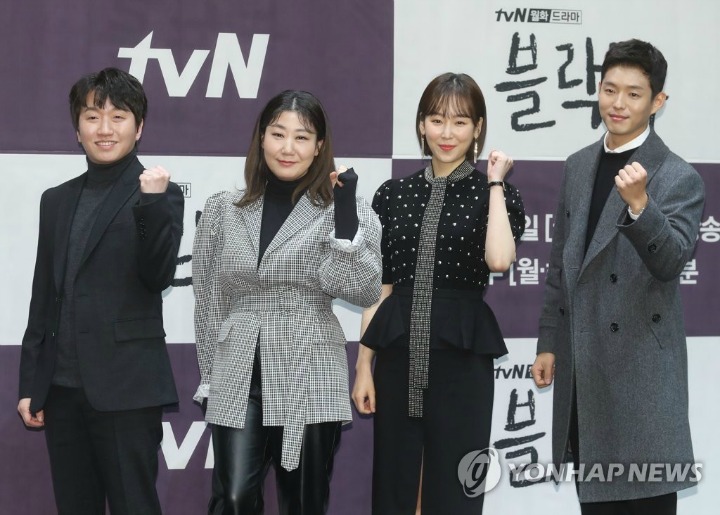 Reasons to watch: A teacher can play a formative role in the lives of their students, but what goes on in the lives of the teachers themselves? Black Dog centers the teachers at an elite high school in Seoul as it delves into issues of alienation and stigma. The drama title refers to “black dog syndrome,” wherein stray dogs are passed over by potential adopters simply because of the color of their fur. Seo Hyun-jin stars as a recent teaching hire at an exclusive high school–despite having no teaching experience. She quickly catches on that the school is a world of its own, and the stress of being thought of as a “fake” teacher or any parents picking up that she’s on a temporary contract wears on her. Just when she’s about to give up, Ra Mi-ran takes Seo under her wing and mentors her. Seo grows both as a teacher and a person; whether teacher or student, everyone has a lesson in life to learn.

YASSSSSSS, my fav actors in both shows

Looking forward to both of these. Yay to a full schedule again!

3 matcha and the beer

Watched Diary of Prosecutor first episode with no expectation and it turned out to be enjoyable, light and easy to watch which i needed the most right now. Jung Sung Woo always be there as cutie lil bub.

Both these dramas sound interesting. I'll watch them both.

Diary of Prosecutor's first episode was enjoyable! Although I've been watching Lee Sun-kyun's travel variety show, I do miss him on a drama. And the fresh take on the roles of prosecutor? Interesting! Looking forward to what the cases they will take on.

i wasn't interested in either of these...but now i kinda am

I am sorry if I insist too much, but I think you shouldn't ignore smaller channels dramas, like MBN, CSTV, Channel A, I mean didn't all cable channels started with 1% ? The actors work hard and deserve our appreciation. Graceful family from MBN is just one example! So could you please add TV Chosun's drama Selection: war between women to the list here? Thank you :)

Black dog is good 👍 i feel sad when hyun Jin sad, she's good in acting..
Diary of prosecutor is enjoyable to watch!
I think both of them are good, and worth to watch

I watched the first two episodes of Black Dog and so far I really love it. It's going to be one of those stories that pains your heart yet gives you hope. The pace was kind of slow to be honest, especially with how they showed how Haneul's first daay was, but I think I understood why they chose that pacing. I won't spoil more here LOL I'll wait for the first week recap. However, I really enjoyed the drama and didn't actually mind the pacing so no worries. This is my first time seeing Seo Hyunjin in a more reserved role. She's always so confidently feisty in her other roles I've watched, but she DELIVERS! Don't get me wrong, Haneul is feisty, but how she tackles/reacts to problems is different.

I haven't watched Diary of a Prosecutor but I'll definitely watch it! I think it will be so refreshing to see a different take of court dramas. And who can resist Lee Seonkyun?

Yay for Black Dog . Ep.1’s pace was slow, however, once Seo Hyun-jin and Ra Mi-ran share the screen, the show comes to life. Looking forward to next week.