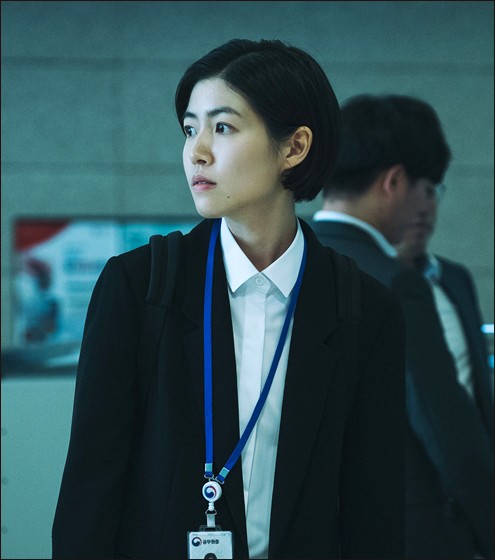 The drama is a re-imagining of South Korea today, based on the what-if scenario of a potential IMF crisis hitting Korea for a second time and a conspiracy involving the bankruptcy of one of the major banks. Adding to the scale of the catastrophe, this is a bank in which the Korean government owns a large share. However, amidst the calamity, there are people who rise to the occasion, standing for justice and fighting to build a better world.

Within this story, Shim Eun-kyung plays the character of Lee Hye-joon who is a new hire at a government office. Coming from a humble background with no connections, she rises to her position solely through hard work and positive spirit. And she is driven by the motivation to always do what is right and work for the good of the people.

In the newly released stills, we get a look at the character’s dedication to her job. Although alone in a dark office, Shim Eun-kyung works well into the night and eats a simple meal of gimbap at her desk as she continues to stare at her monitor.

Writing for tvN’s new drama is Lee Young-mi and directing will be helmed by PD Kim Sang-ho (Spring Must Be Coming, Buam-dong Revenge Club).

I normally shy away from this genre, but I have a soft spot for this director and have been waiting a long time for Shim Eun-kyung to pull out her real acting chops in a good drama. She’s been great in movies, but Tomorrow Cantabile was sadly disappointing on many levels and all her previous dramas were smaller child roles. Hopefully, this will be a great comeback project for her. Fingers and toes crossed! 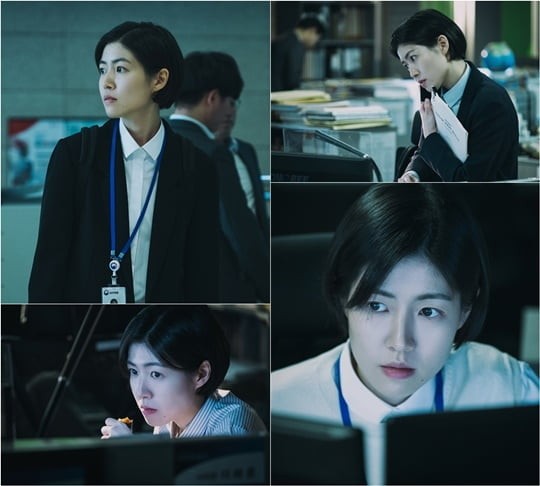 I'm really excited to see Shim Eun Kyung back on the small screen! I tenjoyed her serious works, so I expect a good drama with such a great cast.

I hope her character is not a bumbling mess. The last government officers I saw in dramas were:
1) a reckless NIS agent, doing what she said was right by breaking all rules that exists.
2) a reckless subway officer in ep 1 of a subway related drama.

She was sooo superlative in The Princess and The Matchmaker movie!