Premiere Watch: The Game: Towards Zero 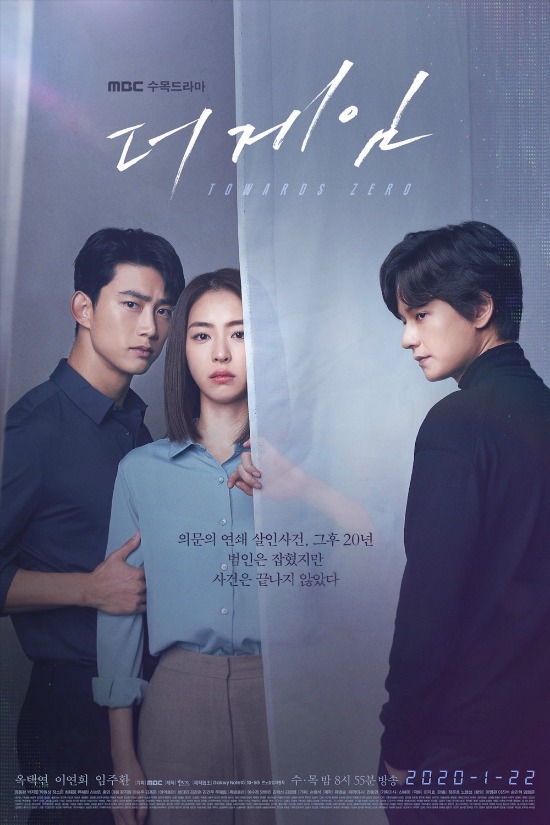 Taecyeon makes his post-army comeback in MBC’s latest crime drama, The Game: Towards Zero, with Lee Yeon-hee and Im Joo-hwan as costars. Taecyeon’s character was born with the ability to see the moments before a person’s death, just by looking into their eyes. His ability has shaped his belief that fate and death are unchangeable things–until he meets Lee Yeon-hee’s character, a clever police detective. For the first time in his life, he can’t foresee a person’s death, and he is unsure of what that means about Lee’s future. He has reason to be alarmed though, as the two are partnered up to track down a serial killer who first began committing murders years back. As the pair develop feelings for each other while working the case, Im Joo-hwan appears as a rival and someone who’s true motivations can’t quite be sussed out. As Taecyeon races to catch a killer and win Lee’s heart, he faces a new truth: that fate can be changed. We’ll have to watch to see what that means for our cast and murderer.

I want to watch this for Im Joo-hwan, he's truly one of the underrated actors.

I like him too. I may give it a try, although I don't know if I'm into a dark drama right now.

Same though. So maybe on a later date.

Taecyoen oppppaaaa!!
Since i have watched all his shows, I will watch this one as well! Fighting oppa!

What do you think?

I'm so in the mood for dark, danger, and Taecyeon.

I will definitely be watching THE GAME: TOWARDS ZERO.
(Lol I happen to be listening to the ost for COME AND HUG ME at the moment-coincidence).
This drama sounds rather OCNish which is right up my alley. This will be my first drama for the three leads.
(As an aside, I think WATCHER was helped by the three lead format.)

Looking at the cast list at AsianWiki:
http://asianwiki.com/The_Game:_Towards_Zero
I noticed one of my favorite character actors: Ye Soo-yung will be playing "Madame Jung".
I missed her 2019 dramas.
She was great in TWELVE NIGHTS so I am looking forward to seeing her again. In the past with a crime drama I have had to send a warning to writer-nim so I might as well get it over with for THE GAME:
"At the end of this drama I expect to see Madame Yung breathing and fully mobile if you get my meaning. In other words keep the serial killer the h*ll away from her". Thanks. I feel better.
Shout out to @msrabbit.

Sorry, I didn't get a notification for the tag, @marcusnyc20. I saw the first episode and it got plenty of Madame Jung. Enjoy!

She's amazing in Black Dog. There her character has just retired from her job. I'm still a little fearful for her life but hopeful they don't see the need to kill her off.

Im Joo-hwan always be a shining second lead, I don't know why they never cast him as male lead. This drama may be a plain one without him.