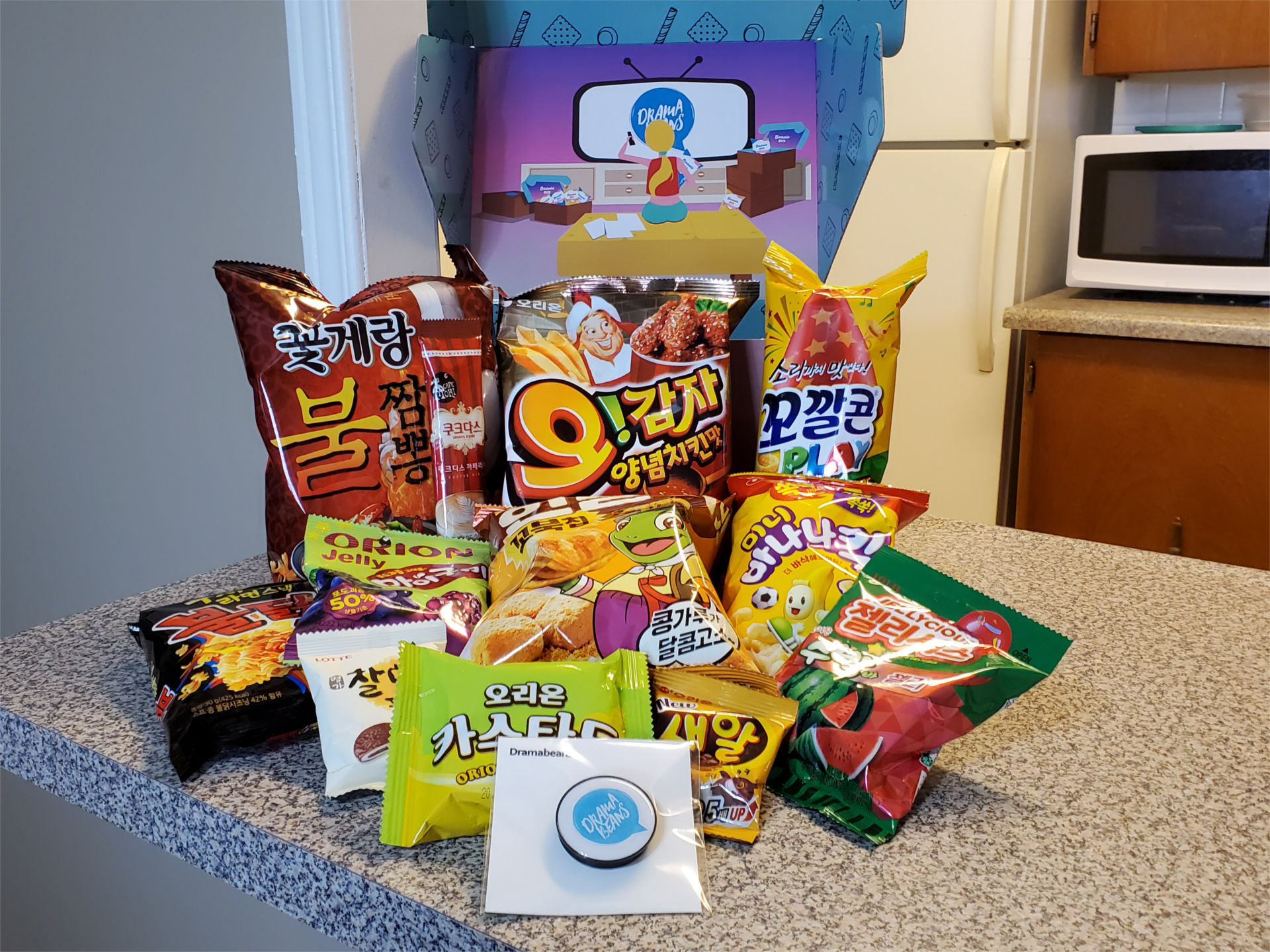 We asked Regals to review our January BeanieBox. If you want to get your own delicious Korean snacks and fun treats, make sure to subscribe by February 16th to get this month’s box. We now ship to the United States, Singapore, Taiwan, Canada, and Hong Kong!
-DB Staff

I’m sure everyone can relate to my New Year’s resolution story. “This year I’m going to eat healthier,” I say to myself knowing the slightest temptation is going to end this resolution on the spot. Lo and behold a package arrives mid-January full of all kinds of tasty treats from Korea and the prospect of healthy eating dies on the spot. I’m obviously going to demolish this entire box in about three days. Naturally, it’s 100% worth it because everything in the box was not only delicious, but covered a wide array of flavors that kept the experience feeling fresh each time I reached back in.

I’ll start with my absolute favorite, the watermelon gummies. Anyone who knows me would probably easily predict that these would be my favorite since I’m a sucker for watermelon-flavored candy. These gummies were pretty much perfect on the sweetness scale, not overpowering but just sweet enough that you could still get the watermelon taste from them. Unsurprisingly, they were a smash hit. 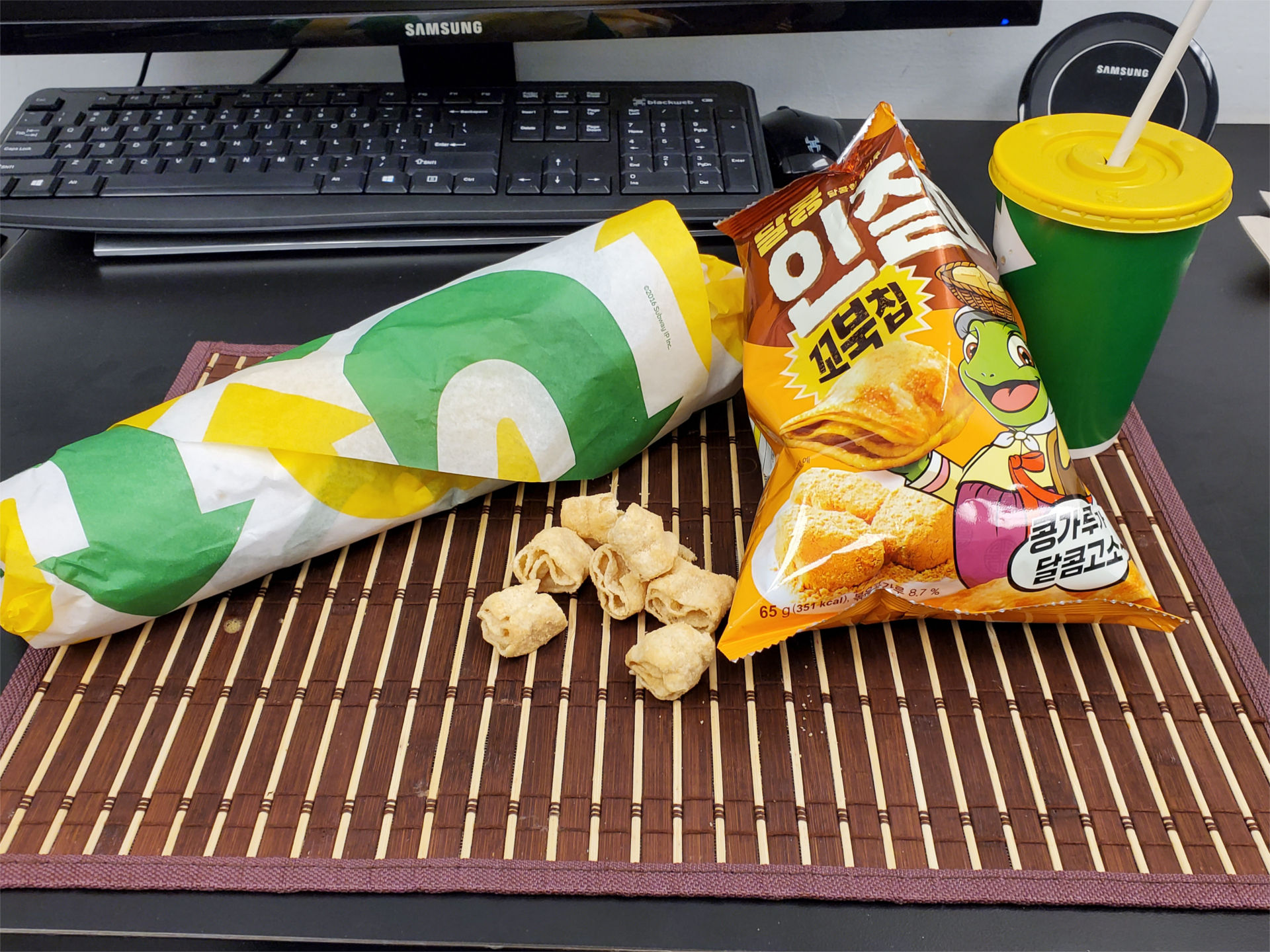 I also was overjoyed to finally get to try my own packet of instant coffee that everyone would recognize from pretty much every drama ever. The most shocking thing was how much is physically in each packet. I poured it out and it filled half of my coffee mug just from the powder! Maybe it’s because I’m used to just taking my coffee black that I wasn’t expecting it to be so voluminous, but once my shock subsided and it was transformed into a drink it became a nice, creamy blend that was very smooth. I can see why they would be so popular now with how quick and easy it was, even if I don’t mind taking a few minutes to brew my own at home.

One last thing to point out that is a nice personal touch for me: the Dramabeans popsocket is actually incredibly useful for me. Why? Well, my other job actually involves selling cell phones. Now when I whip out my own phone to show a customer something, I get to advertise my love for Dramabeans at the same time! It’s a fun point of conversation for anyone who gets to see it.

Now one thing I will note, I was a bit disappointed that there was no info packet included that outlined what everything was. In particular, were it not for the preview post, I would have no idea what injeolmi was and I’d be staring at the bag trying to figure out what I’m eating. It doesn’t help that I’m slightly colorblind too, so with Korean not being my native language I struggled a bit with figuring out how to differentiate between a few things. Overall though, I was incredibly happy with my box of goodies; they were the perfect snack experience to accompany the dark thrillers I tend to gravitate towards on a cold winter night! Too bad the box is finished, now I’m going to have to get another. 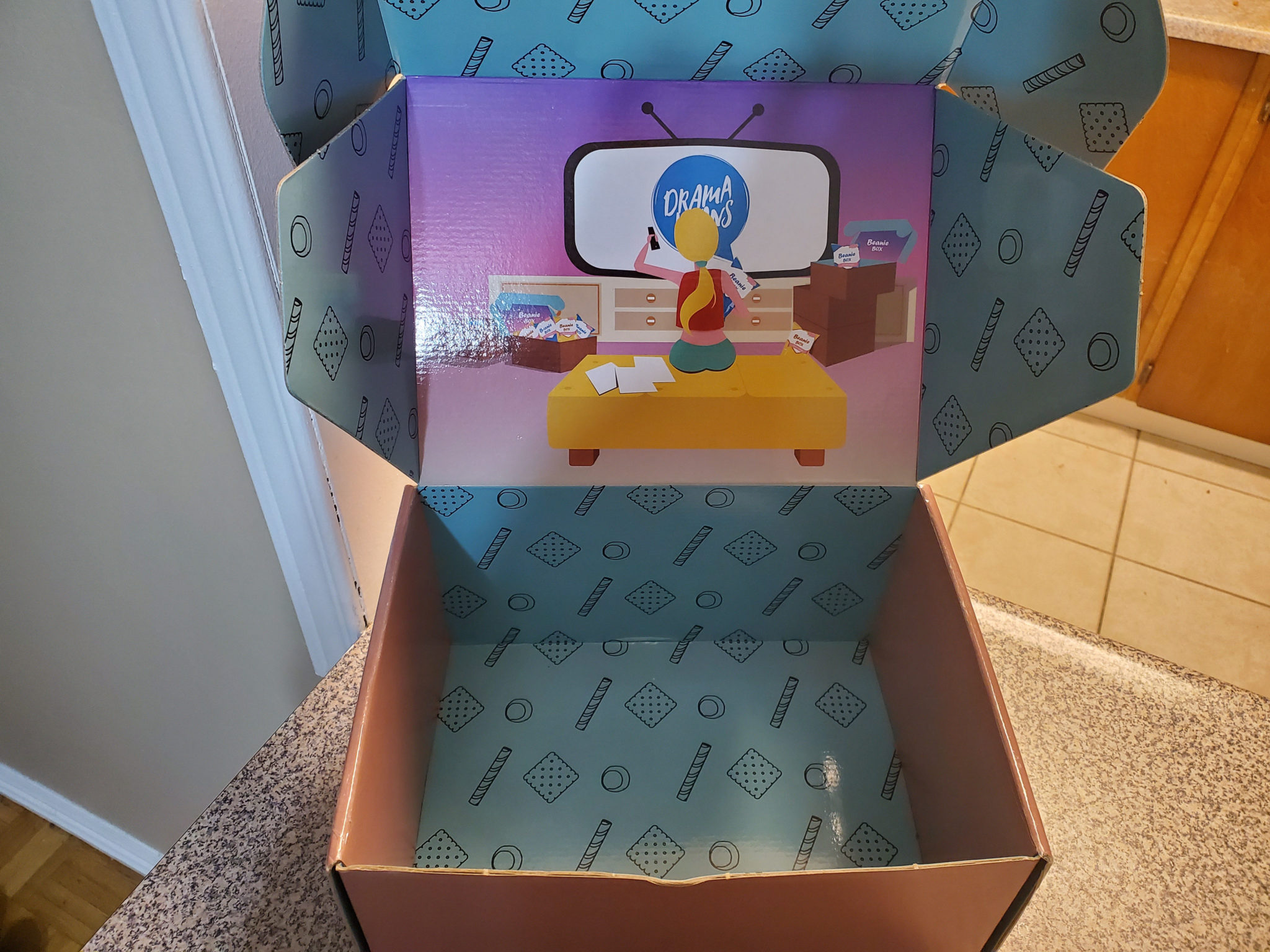