The drama is about three people who continue to be drawn together by fate–even when reincarnated in new lives. Starring alongside Jang Ki-yong are Jin Se-yeon (Queen: Love and War, Item) and Lee Soo-hyuk (The Man Living in our House)

Within this story, Jang Ki-yong plays the character of Gong Ji-chul in the 1980s and Jeon Jong-beom in the present day. The newly released photos are from the ’80s, so we’re getting a look at his past reincarnation. There’s a scar under his left eye and he looks like he’s seen better days. But his appearance aligns with his “lone wolf” character who struggles to live a life that is independent from his evil father.

I’m not sure how I feel about this plot, but I am super glad to see Lee Soo-hyuk back in a drama. Although, it’s a shame there aren’t any stills of him yet, we did at least get to see Jang Ki-yong in all his retro glory. Hopefully we’ll get to see photos of the rest of the cast soon!

Directed by PD Jin Hyung-wook and written by Jung Soo-mi, Born Again is currently set to premiere in April and will be airing Mondays and Tuesdays on KBS. 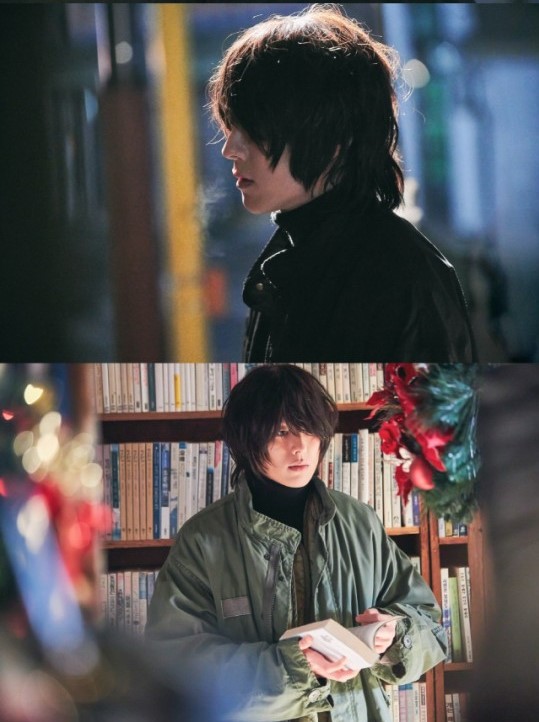 I still don't feel good with "reincarnation" and "living in the 80's", but I have no other choice but to give it a try because of JKY. Even those hairs suit him.

I get it not many people like him this way, but I STILL do. Heck even that hair doesn't do any damage to his beautiful face.

The hair gave me flashback to Song joong ki hair in A werewolf boy!

The hair lol, but he is not who I am worried about.

I'm still a bit confused on who is gonna be who in the present day timeline but I'm still gonna watch.

JKY looks like SJK in Werewolf boy. And JKY is supposed to play a "lone wolf". Lol. I'm not sure about the story but I'll probably watch this for him anyway.

Still chuckling about this premise

I'd give credit to JKY for choosing different roles.. i mean it's easy for an actor to fall into a certain character stereotype like the "perfect boyfriend" or the "rich successful CEO". Kill it fell under the radar but I watched it and fell in love with it. His character in Come and Hug Me was somehow different too. This one I can't gauge yet. Hoping this will deliver the story it wants to.

"When asked if being able to show a different appearance was an important factor in deciding his next project, he responded, “Anyone can play someone tall and good-looking. Rather than that, I want to discover myself while acting in a world I haven’t experienced.”

Good on him! Pretty boys are a dime a dozen. He has a distinct face too.

The description screams 'Chicago typewriter' to me (which I quite enjoyed albeit its draggy plot on the later eps). But hey i'm all in for the retro 80s settings and JangKiYoung!