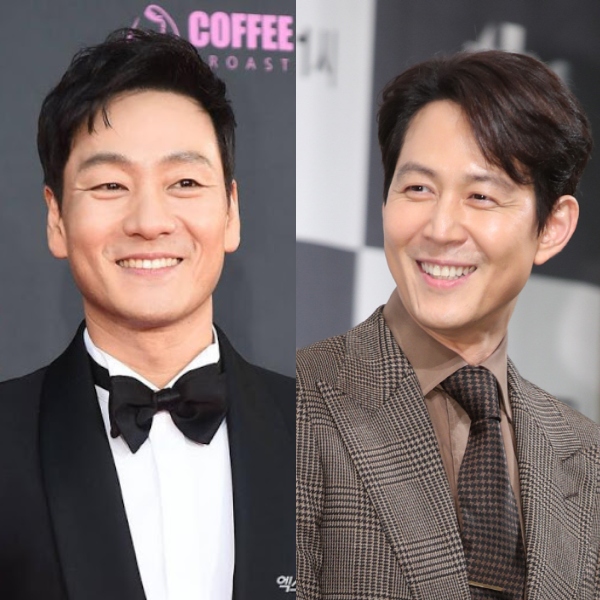 The drama Squid Game has recently cast Lee Jung-jae (Chief of Staff) and Park Hae-soo (Smart Prison Living) as its two leads. The title Squid Game refers to a traditional children’s game of tag involving an offense team, a defense team, and boundaries drawn in the shape of a squid. The story of the drama is centered around a mysterious winner-takes-all survival game with the ultimate prize of 45.6 billion won. It will be interesting to see how the survival game relates to the original children’s game.

Lee Jung-jae plays an ordinary company employee whose life hits rock bottom when restructuring at his company edges him out. When he hears about this secretive survival game and the astronomical prize-winning money, he jumps onboard.

Meanwhile, Park Hae-soo plays a neighborhood dongsaeng who grew up with Lee Jung-jae. Through his efforts alone, he rose above his impoverished background to graduate from Seoul National University. However, he’s caught embezzling company funds, and his livelihood becomes endangered. As a result, he also decides to join the survival game.

Sounds fun if done right...Reminds me somehow of Liar's Game.

Wow lots of interesting thrillers being released this year!

I really like Park Hae-soo since prison playbook... I would try, just for him!

Awwwww....i kinda want it to be about squid jiggers and squid jigging with lots of fresh squid and a variety of squid dishes.

Ah, is this a Liar Game

Can we get Shin Sungrok as the host, reprising his role as Kang Doyoung? :')

Yes to Shin Sungrok as host! Yes to him in anything to be honest 😆

7 gadis is camping on the cells village

The synopsis sound interesting. It's like the darker version of Liar Game, which could make it a great thriller if done well. And the cast is really good too.

If it is Netflix produced, how many seasons are they planning for?