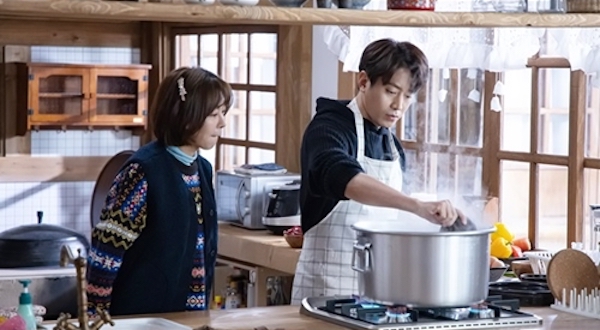 In a small village with clear night skies, an accident-prone world-renowned fashion designer (played by Go Won-hee) takes a tumble and loses all memory of her past life. After a fateful first meeting in the countryside with Eric, a rising star chef who runs a pop-up Korean restaurant, Go ends up living in his home after their meet cute. As our amnesiac fashionista and successful chef live together, they mature in love and success while healing each other of past scars along the way.

Upcoming Friday-Saturday drama Unique! Chef Moon, co-written by Jung Yoo-ri and Kim Kyung-soo and co-directed by Choi Do-hoon (Possessed) and Jung Heon-soo, will begin airing on March 27 on Channel A. 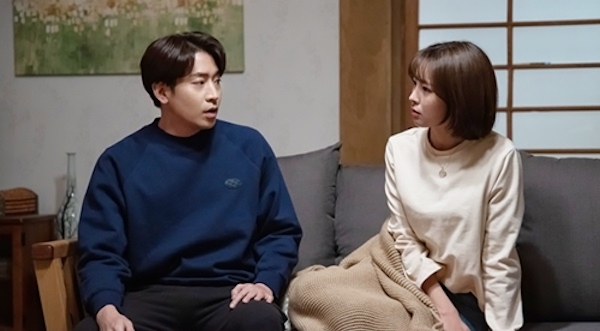 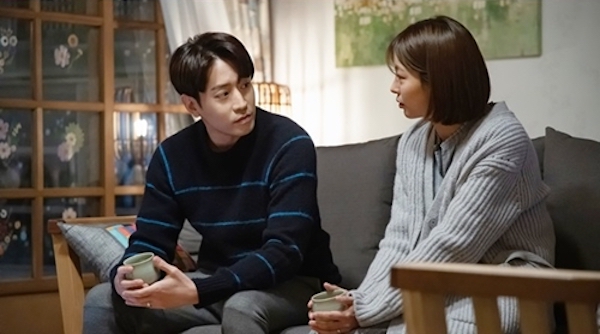 Generally, I really dislike Eric, but I like Go Won hee a lot, so... maybe I can give it a try.

Would be better you stay away if you don't like a certain cast. No point aggravating yourself and others over a cast you dislike

me too! best 3D personality ever!

I wonder if people will start having the vapors and pearl clutching about age difference this time like they did for Touch? Because it’s even bigger here. One drama People squee and it’s all good And the next drama it’s soo creepy and gross and inappropriate

Clearly the problem lies with Channel A.

Nice pick-up. This and Touch are both Channel A. They also made that Coffee show that was like Perfume but offensive.

@panshel,
Let me just add this to the mix re Channel A:
1. Channel A gave us (and Viki subbed thank you!) the excellent drama TWELVE NIGHTS which aired at the end of 2018. The age difference between the two leads Han Seung-yeon and Shin Hyun-soo is one year he being the younger;
2. As I remarked at the time there were probably more beanies watching the show when it aired than SK viewers; and
3 Speaking of a age. A beautiful performance was given by the wonderful actress Ye Soo-jung. YSY is often cast as mom or grandma but in TN she played professional photographer Lee Ri whose dream is to go to the Serengeti. She was great in that part and I hope more parts like that come her way.

Well she's only 4 years younger than his wife 😂

I will be the first to clutch, but it's actually not even bigger here.

No squees; both creepy and gross and inappropriate.

Ahh but in Touch they made the ML 37 and Touch had A Time skip of two years.Plus the romance was very chaste. One prim closed lipped kiss and a few hugs.

That doesn't make it less gross, it makes it worse. It means they know how bad the optics are but went for it anyway. Also the whole chaste thing adds to the little girl vibe that makes the whole thing so bad.

I can see your point about chastity b but writing Your characters 11 years apart is not much get about creeped out over. YMMV. We shall see if they change the ages in this drama as well.

Interesting because while not the majority, there are many real life couples with such age gap or even bigger. Are we saying their relationships are gross and inappropriate? When I watch a drama I don't look up actor's ages but how their characters match on screen. From the photo stills and previews so far, they look fine. But that's just me.

Unpopular opinion: I always believed age is just a number when it comes to romance and life partners, among other things. Especially after you passed a certain age. My dad and stepmum have almost 20 years age gap and they are quite happy together.

Didn't watch Touch but I did thought the pairing seems to be off. Definitely because Kim Bo Ra have just transitioned from student roles and unfortunately Joo Sang Wook looks old. Another example is Radio Romance. I love Yoon Doo Joon and Kim So Hyun is a great actress but I will never watched it.

However, Eric and Go Won Hee pairing seems to be alright to me. Go Won Hee have always been taking mature roles and recently she was paired with Shin Sung Rok in Perfume.

Unpopular opinion here too. There are some exceptions, of course, but age gaps don't particularly bother me in dramas or real life. It depends on the visuals and writing for me. I don't know that Go Won Hee and Eric will bother me visually because Go Won Hee looks older than her age to me. Have to wait and see about the writing.

Agree totally. For me, the story and a fitting cast matter most. Some people look older than their actual age, and others the opposite, and there are those forever young-looking ones too. As long as the cast of a drama fit the characters, I won't have any complaint. The storyline and execution are what will keep me in or turn me off.

Harold and Maude was one of my most favorite movies ever.

@syima9, Beanies 206,
I watched and enjoyed RADIO ROMANCE which aired this time in 2018 so my memory may not be the sharpest (speaking of age). I hadn’t been around the kdrama world that long but I remember the controversy about the age difference between the leads which I believe was a 10 year age gap. One of the things I do remember causing a stir one RR started was the drinking by KSH’s character. Folks had remembered KSH as this young child and here she was pouring soju bombs for people and opening herself to some bad stuff. YDJ’s character early on was a non-drinker and started showing up to watch out for her. I also remember readingbts reports that YDJ was very aware of the age issue when in scenes with KSH.
Fwiw.

Yup. For Radio Romance, it is definitely because of Kim So Hyun's age. In real life, she was not even legal age to play that role (20 y/o for Korea).

She was 19 at the time and 20 by Korean age which is a legal age. The drama was promoted as being the her first legal adult drama. She was definitely not under age at the time. The issues wasn't the chemistry which was great but the plot itself was forgettable.

Ok my bad. I forget Korean added 1 year to their age. But Kim So Hyun is still not old enough to be acting a working character. Maybe she should have go a college student's character.

Which she did in Love Alarm. She has always played characters her age except in RR where she was still recovering from the trauma of her previous drama. She's spoken extensively about it and she said she never expected RR to do well. Yet it actually did quite well and recently the directors of Spies in Disguise said it was their favourite kdrama.

My stepmother was 12 years younger than my late father. They had a great marriage. That does not mean that the same would be true for everyone.

Yeah the pairing for this drama is much better than for Touch. I too mostly associate Kim Bo-ra with student roles especially Hye-na from Sky Castle and Joo Sang Wook looks WAY older than Eric imo.

I don't mind age gaps. The thing is, it's the circumstances behind these castings that determine whether they're fine or gross. Is one of the two twenty or younger, for instance? That is always uncomfortable.

She was great in Perfume! GWH embodied her character and didn't look awkward with her daughter, her husband, Yi Do and Minsuk. She was both 23 and 40. It helps that she has a mature aura and quite a low voice tone.

I've never come across Go Won-hee before so had to Google her. Turns out that the male lead of Perfume was initially offered to Eric who turned it down. Seems like someone really, really wanted to see them together!

I agree. When I watch a drama (asian or western), I never bother looking up age gap but more on they play their part and on-screen chemistry. There are many instants of close age gap but on screen chemistry isn't there. Eric & Won Hee pairing looks fine to me. I'm not sure why some are so fixate on age gap.

I already have this show bookmarked in My Favorites. On Viki it will be titled ECCENTRIC! CHEF MOON, which is actually a catchier title. I am looking forward

I loved Go Won-hee in WOO HOO WAIKIKI and also in YOUR HOUSE HELPER. The absolute highlight of the final episode of YOUR HOUSE HELPER was the moment when her character proposes marriage to her socially awkward but otherwise perfect guy- in its way a wonderfully romantic moment.

I can't wait to see this. Food, Erik, did I mention food? LOL.

yeah! the man can COOK! we can pick up some tips from him hopefully. she can carry the role just fine. they will make it work!

Absolutely LOVE these 2 actors and this pairing! She was hilarious in Welcome to Waikiki; and the best actor in Flower Crew. 😂 And Eric.. 💙 What more is there to say? 😀

Is it just me or did they take away Eric's natural hotness away?

I think he's so much hotter with his natural short hair and tan skin imo.

In the very top photo I first thought it was Park Min Woo and I was so excited thinking he was finally back after his devastating motorcycle accident 2 years ago. But on second look, it wasn't Park Min Woo at all, but Eric. So I was a bit disappointed. I've never been a big Eric fan, but was a big Park Min Woo fan.

Looks like they gave him the parted hair to fit the country pumpkin chef / rural theme of this drama. My only complain so far is that parted hair.