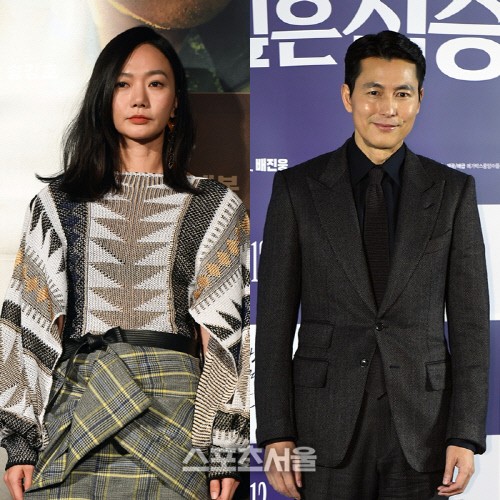 An offer has been made to Bae Doo-na (Kingdom) to star in a new sci-fi drama on Netflix called Sea of Tranquility, with her agency confirming that she’s considering the roles favorably. Jung Woo-sung (Summit: Steel Rain, Padam Padam) is said to be considering producing the series.

The story will be based on a short film by the same title, which gained acclaim at the 2014 Mise-en-scène Short Film Festival in South Korea.

Taking place in the distant future, the drama presents an Earth that has been torn apart by climate change. With desertification spreading across the globe, humankind has become endangered due to food and water shortages. In an effort to help save the earth, a special team is put together to travel to the moon. They’re tasked with finding an abandoned space station and bringing back a mysterious sample from its research labs.

The director of the original short film, Choi Hang-yong, will be taking the reins for the drama version as well. Script writing will be done by screenwriter Park Eun-gyo, who won best screenplay at the Korean Association of Film Critics Awards for the 2009 film Mother. If Jung Woo-sung joins the project as a producer, this will be the second film he’s produced. He starred in the first film he produced, the 2016 film, Don’t Forget Me.

Bae Doo-na! I love this woman. So talented and beautiful. And the premise is so different from every drama out there. I love a good sci-fi action show. Super excited for this 🤩

Will check out for Bae Doona.

I only need Stranger season 2 to complete my life

Wasn't there already a film like this from a certain Oscar winning director......

he's a so-shul-ist so all his movies are going to have a theme (are you talking about snowpiercer? or okja? cos those are the two environmental based im thinking of)

BDN is my ultimate queen, JWS is perfect, this whole team sounds superb and with netflix backing this up, I know this would have great production value.

And it's Sci-fi!!! So rare in dramaland!!! Haven't seen a good Sci-fi k-drama since Circle.

I do have hopes for 365 but I guess we'll see what the next few weeks bring. I'm also glad we're getting more scifi but I can't say that Rugal has impressed me and now I'm a bit worried.

Love Ms Bae and I prefer her in sci-fi over sageuk.

And here I am patiently waiting for Forest of Secrets season 2.

it's happening Bae Doona posted a picture on Instagram saying that they started filming, so excited !!

Yaaaay! Ifollow her on IG and I didn't see this. Thank you! So excited!

I'm confused. Will oppa be starring on this drama or he's producing this or both?

So far it was announced that he is just producing but he could also be starring. We just have to wait for more news.